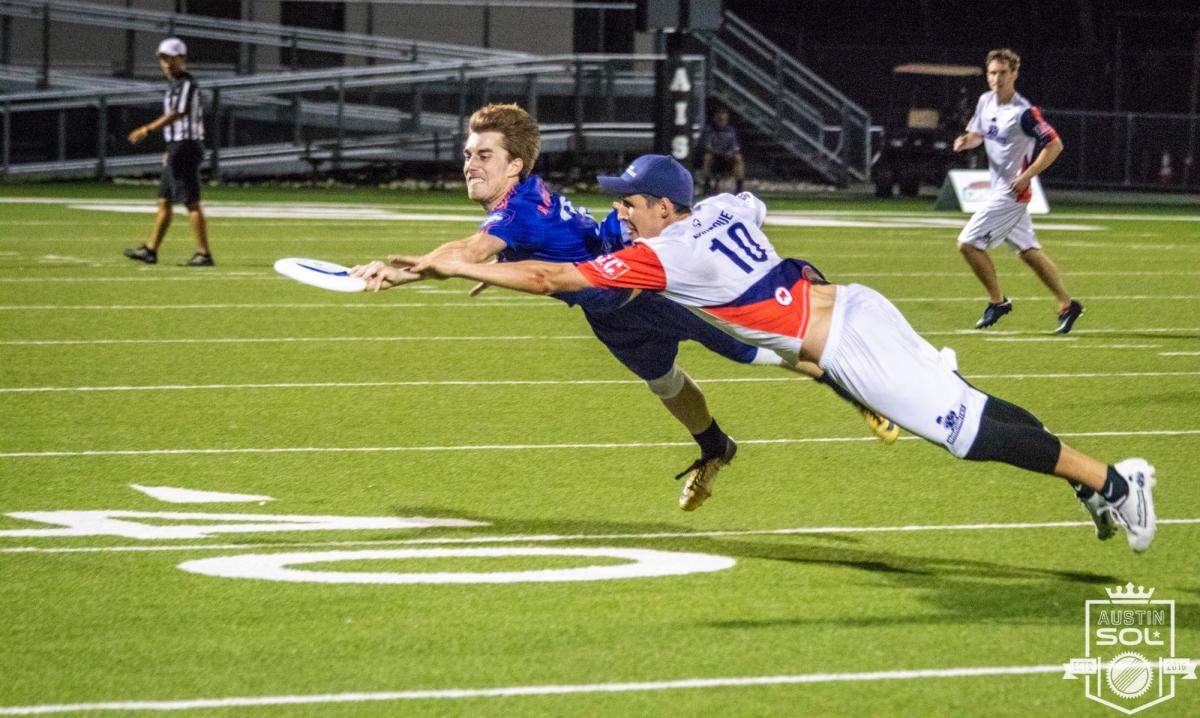 The concept of time these days is a tricky thing to calculate. In some ways, things certainly feel slow. But I also cannot believe that six weeks have already passed since the AUDL season was supposed to start. Perhaps it’s just the rhythm I’ve found producing content on a regular basis during a pandemic, but it seems like it’s gone by fast. I suppose that once you settle into your quarantine routine—your quaroutine, one might say—it simply becomes the new normal.

While the variety of experiencing a different AUDL city in person every week is absolutely missed, the recurrence of these Saturday Retro tripleheaders on Facebook Live has been a nice and reliable calming lineup for those of us who have built so much of our lives around this sport for so many years. Here’s what the slate has in store this week. 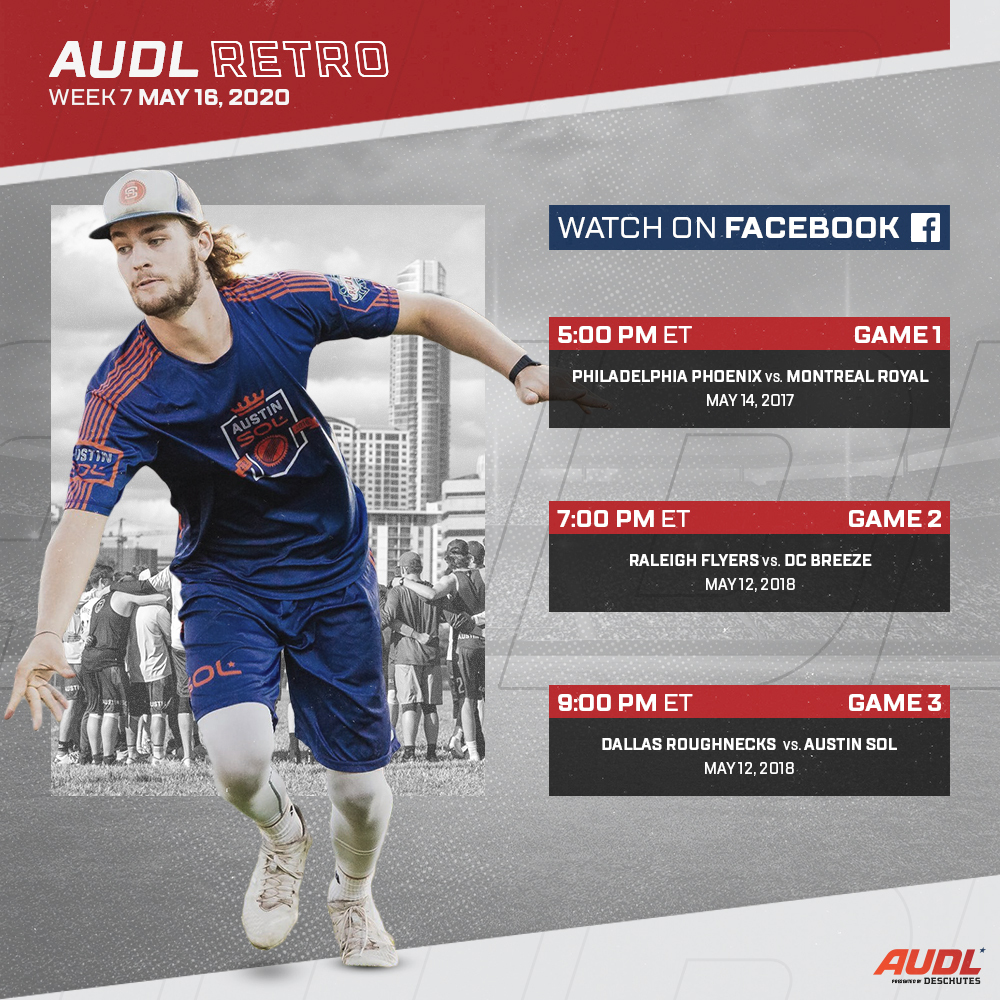 The Philadelphia Phoenix entered this May date in Montreal having gone nearly two full calendar years since their last victory. Specifically, it had been 672 days without a win for the Phoenix, an agonizing 23-month stretch that included a double overtime loss against the Montreal Royal three weeks prior. In that game, Philadelphia had the disc with a chance to win multiple times, yet could not deliver the knockout punch. But another opportunity beckoned in Week 7, and despite a three-goal deficit in the second half, the Phoenix regained life with a late rally to send the game to overtime. Nicky Spiva carried Philly for much of the game, completing 70 throws, including 10 for scores, while Will Hoehne, Sean Mott, and Dustin Sullivan all played important roles too. For Montreal, Antoine Genest finished +10, with eight assists and four goals, while Kevin Quinlan and 21-year-old Quentin Bonnaud were both instrumental for the Royal. I won’t tell you exactly when it happened, but this ‘insane game’—as Genest characterized it afterwards—included a momentous layout Callahan that tied the score late, just one of the game-shifting sequences that made this one of the secretly entertaining games of that entire 2017 season.

Last week in the Retro triple-play, it was Rowan McDonnell vs. Ben Jagt headlining DC and New York. This time, it’s Rowan vs. Jonathan Nethercutt in another MVP tussle, as both All-AUDL performers are virtually unstoppable in this wildly exciting contest. From that MVP/superstar angle, it’s definitely interesting to note that this Raleigh-DC midseason matchup kinda followed a similar script to the DC-NY game that was featured last week but occurred a year later. In 2019 in New York, Jagt, the eventual MVP, was going after McDonnell’s hardware. One year earlier, when the DC Breeze hosted the Raleigh Flyers in this much-anticipated interdivisional clash, it was McDonnell elevating his game to match, and perhaps even surpass, the 2017 MVP in Nethercutt. Just in the final 12 minutes of this Flyers-Breeze battle alone, Nethercutt dished five assists and scored a goal, while McDonnell scored four goals and tossed two additional scores. Talk about putting a team on your back in the most important moments. Aside from the stars trading punches, there were plenty of other fun storylines in this contest. Though it was a rare interdivisional game, the teams had decent familiarity with each other because it was also the second straight year that they had squared off, with the previous season’s affair requiring overtime down in North Carolina. Furthermore, these were just two evenly matched, well-coached teams, that each had a clear and obvious leader on the field. From McDonnell’s Callahan to Nethercutt’s bonkers behind-the-back assist, this game was full of ‘wow’ moments and also a bunch of little things that ultimately decided the victor. Without question, this was one of the greatest regular season games our Game of the Week crew has ever seen.

This clash between the Dallas Roughnecks and the Austin Sol was the 10th all-time meeting between the two Texas teams, and Dallas had never before lost to Austin in the previous nine. But the Sol got off to a strong start and led after a quarter, forcing the Roughnecks to play a bit from behind. Up to this point in the franchise’s two-plus year history, Dallas had not fallen behind in too many games, but they showed a poise and imperviousness to the deficit that reflected their confident culture. As Roughnecks Captain Matt Jackson told me afterwards, “Although Austin broke early, we felt in control for the entire game.” Overall, this was an intriguing and competitive 48 minutes between two teams who were and remain super familiar with each other. By the end, of course, the big brother-little brother dynamic shined through again, with Dallas’ depth playing a key factor in the second half. Of note, for the third straight game in our Week 7 Retro tripleheader, the Roughnecks-Sol clash also included a Callahan, with Austin’s Mick Walter doing the honors with a late third quarter snag that helped keep the Sol close.