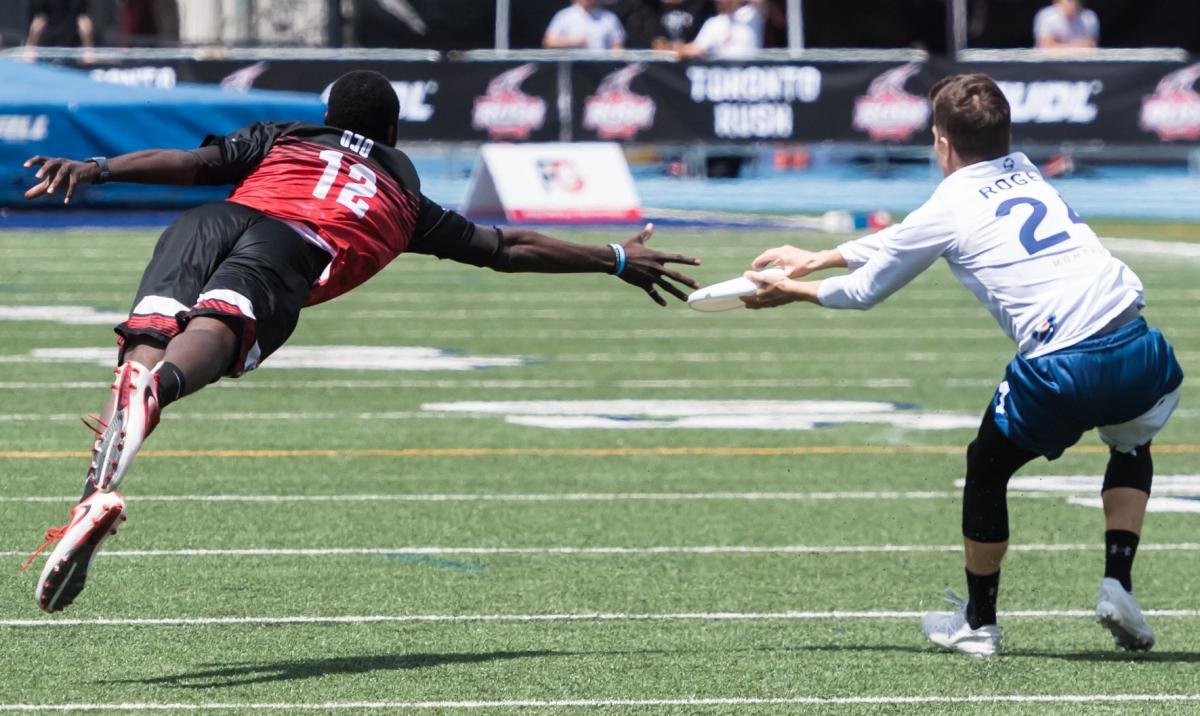 By late April/early May, every division in the league is usually rolling, especially the East and Midwest who typically begin their seasons slowly without many games on the schedule compared to the South and West. In Week 5, after a month of play around the league, we’re just beginning to understand who teams are and what types of ambitions are realistic. And correspondingly, this is still a time of year when everyone believes they can shock the world. This Saturday, enjoy three more AUDL Retro battles laden with spectacular individual performances along with some momentous victories for the trajectory of several franchises. 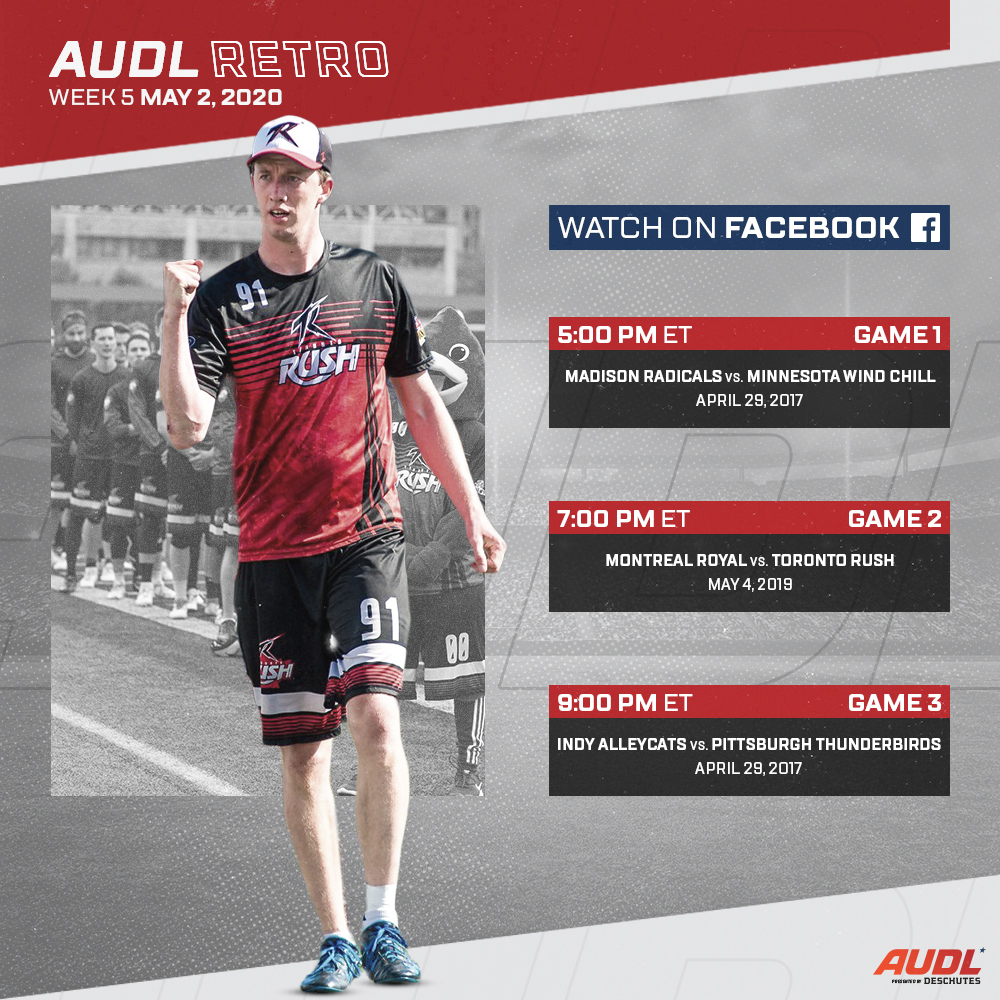 The Madison Radicals entered this Week 5 matchup victorious in 21 straight regular season games, but the blustery conditions combined with the Minnesota Wind Chill’s pressure and playmaking conspired to threaten that nearly 700-day streak. It also gave a clairvoyant glimpse into the Midwest Division’s chaos that was still a couple years away from truly becoming nuts. On this particular night, Minnesota handlers Josh Klane, Jason Tschida, and Austin Lien became super heroes in terms of their disc distribution. Together, the trio combined for 209 completions, 10 more than the entire Radicals’ roster had combined! On the other side of the disc, AUDL veterans Brian Schoenrock and Jay Drescher carried the Chill, with Schoenrock delivering the most thrilling play of the day, a layout grab that millions watched on SportsCenter’s Top 10 one night later. From Madison’s perspective, it can be fascinating to witness a franchise that is so accustomed to rolling, even on the road, unexpectedly struggle to do the simple things right. We know that the Radicals returned to Championship Weekend in 2017, but on this particular Saturday, Madison certainly did not shine like the Midwest Division juggernaut they had reliably been since entering the AUDL in 2013. Much of the credit for that, obviously, goes to Minnesota, who maintained a flawless early-season record by relying on its mainstays.

This game is a great chance to watch two of the top international players in the AUDL, as Montreal’s Quentin Bonnaud and Toronto’s Akifumi Muraoka both were vitally important to their teams as the Toronto Rush made their return to Varsity Stadium for the first time in a couple years—the facility was closed for renovations in 2018. Bonnaud, a native of France who was relatively well-established in his third season with the Montreal Royal, scored half of his team’s goals in this particular contest, finding the end zone for eight of the league-leading 83 that he would tally for the season. The Rush knew who Montreal wanted to find in the end zone, but still had trouble slowing him down. Muraoka, meanwhile, in just his second AUDL game, scored four times while also picking up one assist and one block for a Toronto team that implemented the Japanese cutter onto the O-line immediately. Furthermore, another guy who missed an AUDL season because he was abroad overseas, Toronto’s Nathan Hirst, accumulated four goals and four assists in a turnover-free performance for the Rush.

In the Tuesday Toss a few days after this Week 5 classic, I called it ‘one of the most dramatic finishes I’ve ever seen in the AUDL,’ and that certainly remains true a few years later. The retro-tripleheader culminates with another divisional rivalry, as the Indianapolis AlleyCats and Pittsburgh Thunderbirds easily score more than one goal per minute in this high-scoring shootout that remains competitive and exhilarating down to the final second. This is your chance to watch Pittsburgh’s Tyler DeGirolamo score nine times, many of them assisted by Max Thorne, who tossed eight scores on the night. Jonathan Mast and Tad Wissel were also integral to Pittsburgh’s possessions, completing all 94 of their throws in the game. The stats were plentiful for the AlleyCats too, as Travis Carpenter dished nine assists and Cameron Brock—the league’s all-time leading scorer with 504 goals—registered six of them in this matchup against the Thunderbirds. Late in the game, the AlleyCats led by two and felt in control, but then overtime seemed inevitable as the final seconds ticked down. Somehow, shockingly, the action ended in regulation, with a thrilling victory and a heartbreaking defeat, depending on your perspective. Win or loss, it was a memorable experience, and a reminder that we all hope a new slate of games can start soon.