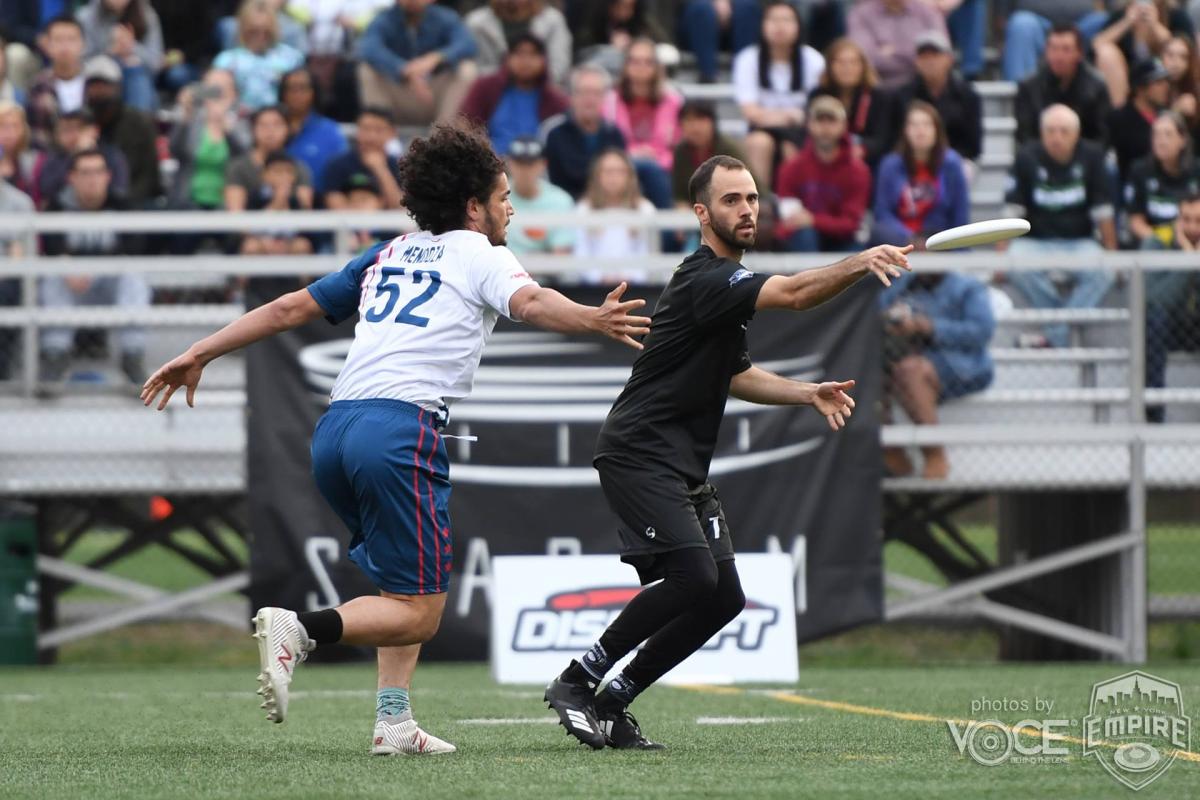 As the wait for ultimate’s return continues, the AUDL will showcase another Week 2 retrospective tripleheader on Saturday, featuring three of the top Week 2 games in league history. The action begins at 5:00 PM on Facebook. Hope you enjoy the trip down memory lane! 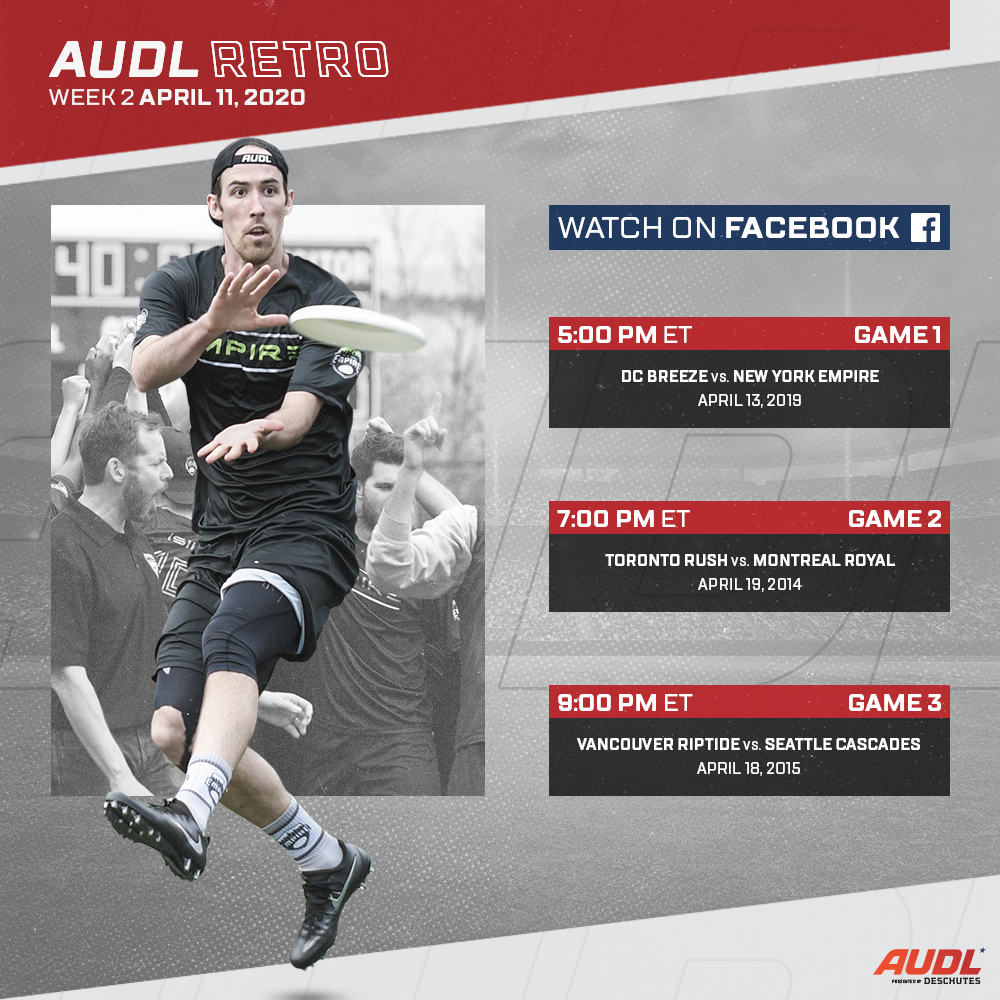 With loads of preseason hype after adding Grant Lindsley and Jack Williams before the 2019 campaign, most expected the New York Empire to ease past the DC Breeze in the season opener for both squads. However, it quickly became apparent that DC would not be dominated and New York needed some time for all their great talent to mesh. Consequently, this Week 2 showdown delivered in terms of drama, with 2018 AUDL MVP Rowan McDonnell picking up where he left off for the Breeze. McDonnell either scored or assisted on half of the Breeze’s goals, while other DC rookies opened their careers by making multiple big plays and acting like they belonged. One of those Breeze newcomers even taunted the great Beau Kittredge following a buzzer-beating snag that tied the game at the conclusion of the third quarter. Afterwards, Beau said the contentiousness made the matchup more fun, since “it’s rare that people are gonna trash talk to me at this point in my career.” Aside from the brief sequence before the fourth, this matchup was by and large a spirited affair, with Harper Garvey and Jeff Babbitt both looking like anchors for the Empire. I really enjoyed working alongside Ultiworld Editor in Chief Charlie Eisenhood for the call of this one.

As 99-year-old Percival Molson Stadium hosted professional ultimate for the first time, the weather was perfect and the enthusiasm was unreal. In their premier game as an AUDL franchise, the Montreal Royal packed thousands of fans inside this historic venue and created an entertainment spectacle unlike anything the league had previously seen. The opponent for the unforgettable festivities just happened to be the defending champs from Toronto, who entered that afternoon with a 20-0 all-time record. Alongside Megan Tormey, I had the immense privilege of witnessing this genuinely special event from our towering broadcast perch, often wearing goosebumps as the roars of the crowd echoed throughout the city. Mark Lloyd, Jonathan Martin, and Isaiah Masek-Kelly were the top stars for the Toronto Rush on this particular Saturday, but the undisputed play of the day belonged to Montreal’s Yoland Cabot, whose remarkable layout score thrillingly brought the fans to their feet in unison, a moment that no Royal fan will ever forget.

Though it was Week 2 of the season, this was game #3 for both the Riptide and Seattle Cascades, as the two northernmost West Division franchises experienced road back-to-backs the previous weekend. In those opening tests, the Cascades impressively went 2-0, while the Riptide disappointingly went 0-2; but anyone thinking that Seattle would simply stomp Vancouver in the Cascades home opener was resoundingly mistaken. I personally remember watching some of this game on my phone from afar—to this day, it’s the only AUDL game I’ve missed for a wedding, but my fellow Wake Forest Ultimate captain was getting hitched that night, and he foolishly had anointed me as his Best Man—regardless, it was great fun listening to Bryan Jones and Megan Tormey as these two rivals battled to the final buzzer. Danny Karlinsky, Donnie Clark, and Joe Sefton were among the Seattle stars on this particular night, while Gagan Chatha, Kevin Underhill, and Darren Wu carried the Riptide throughout the gripping 48 minutes of ultimate.