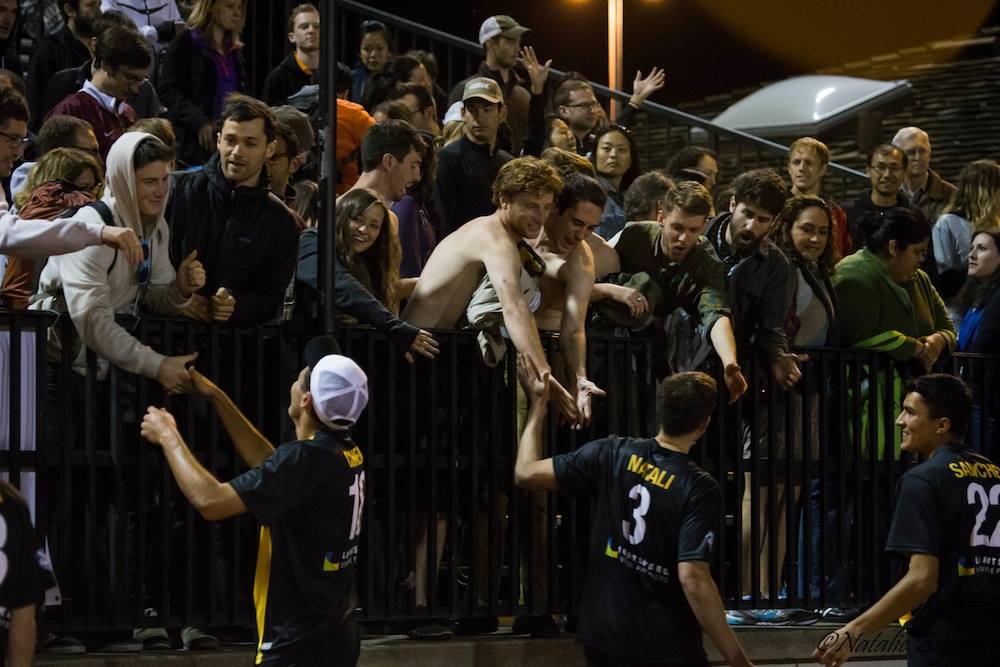 With the opening weekend of the 2020 AUDL seasons postponed, we wanted to give you a feel for what the opening pull would feel like, and selected some of our favorite matchups from previous Week 1 games. Join us Saturday starting at 5:00 PM/ET on Facebook live for a free tripleheader showcasing some of the most exciting opening day moments and memories in the history of the AUDL. 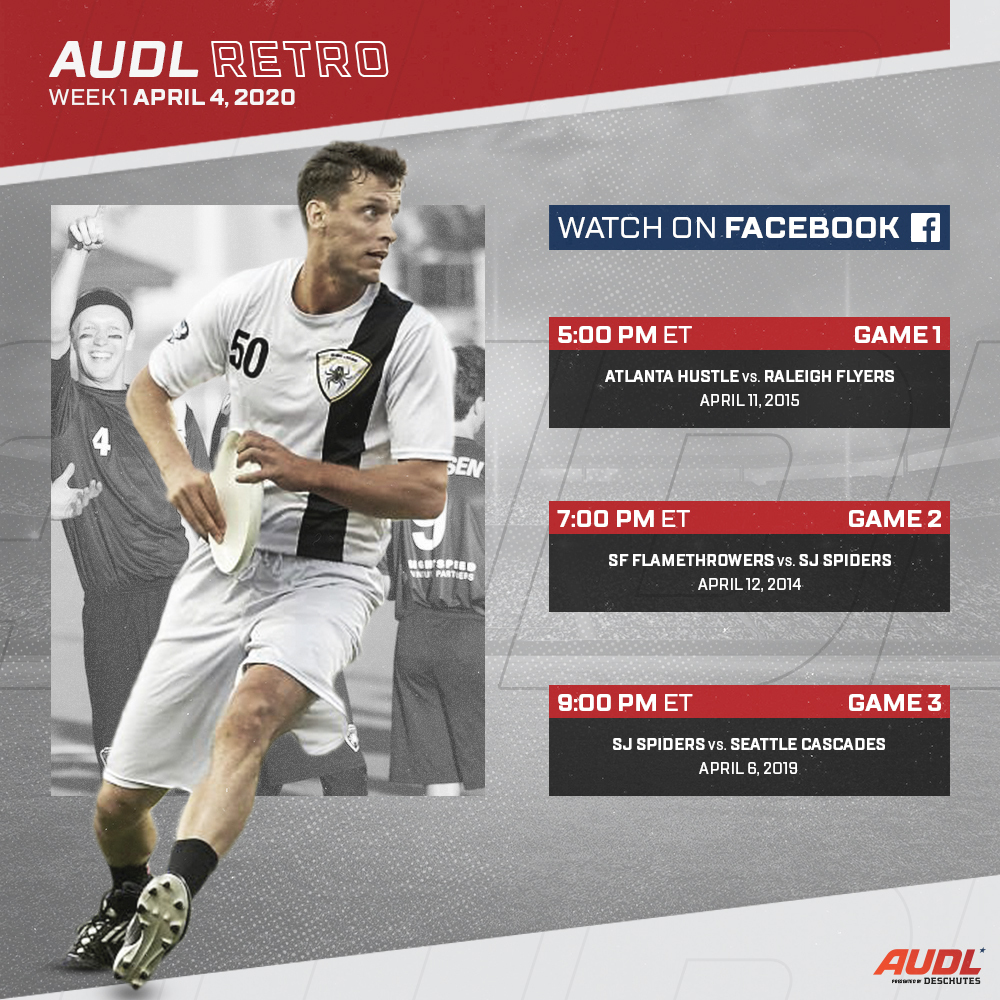 This opening day from five years ago marked the South Division’s debut weekend in the AUDL, and the Game of the Week crew traveled to North Carolina for the first professional version of the Southeast’s great ultimate rivalry. Recollections from this game include Jay Clark, Robert Runner, and Matt Smith all making big plays for the visiting Atlanta Hustle, who entered as an underdog but earned considerable respect over the course of the evening. The Raleigh Flyers entered the league with lots of hype, and the Flyers did not disappoint, finding a sizzling rhythm after a bit of a bumpy start. With a great crowd—Raleigh fans started tailgating early in the afternoon in anticipation for the Flyers first game under the nights—and plenty of highlight-reel moments, the South Division wasted little time illustrating how it would be competitive very quickly at the professional level.

One year before the South Division joined the league, the West’s debut felt even more significant, giving the AUDL a coast-to-coast footprint. In particular, the two Bay Area teams immediately entered the league as championship contenders, with more than enough talent in the region to support two incredibly strong programs. The San Jose Spiders may have had slightly more hype thanks to signing the trio of Kurt Gibson, Ashlin Joye, and Beau Kittredge, but the FlameThrowers featured many impact players too, including captains Sam Kanner, Ryo Kawaoka, and Cassidy Rasmussen. This was the first AUDL game I ever called; I barely had any idea what I was doing; but I met Chuck Kindred before the game and had a grand time working with him for the first time, figuring it out along the way. The memory that stands out most was Jeff Silverman’s “out of nowhere” bidding block, the first of many Silverman highlights over the years that prompted me to give him the nickname “National TV Silverman” because he always seems to make one or two jawdropping plays whenever the Game of the Week crew is in town.

Though I was unfortunately not in Seattle for this one, I remember watching the gripping action on my phone from the postgame bar hangout in Austin last April. It was an absolute roller-coaster, with both teams looking to make a strong opening statement and proved they belong in the West Division title conversation. Former Toronto Rush cutter Jay Boychuk made his Cascades debut and was immediately brilliant, finding chemistry with Mark Burton especially. From the Spiders perspective, Lior Givol, who had caught 50 goals in 2018 as a member of the FlameThrowers, returned to the San Jose Spiders roster with a bang, erupting for 11 scores (six assists, five goals). The Cascades built a lead that looked comfortable, but the Spiders rallied back with a furious surge to send the game into overtime. Furthermore, the late-game drama in this one will get your heart pumping, with countless twists and turns leading to the massive game-winning layout grab from a guy you probably had never heard of, which should put a nice cap on this Week 1 Retro tripleheader.