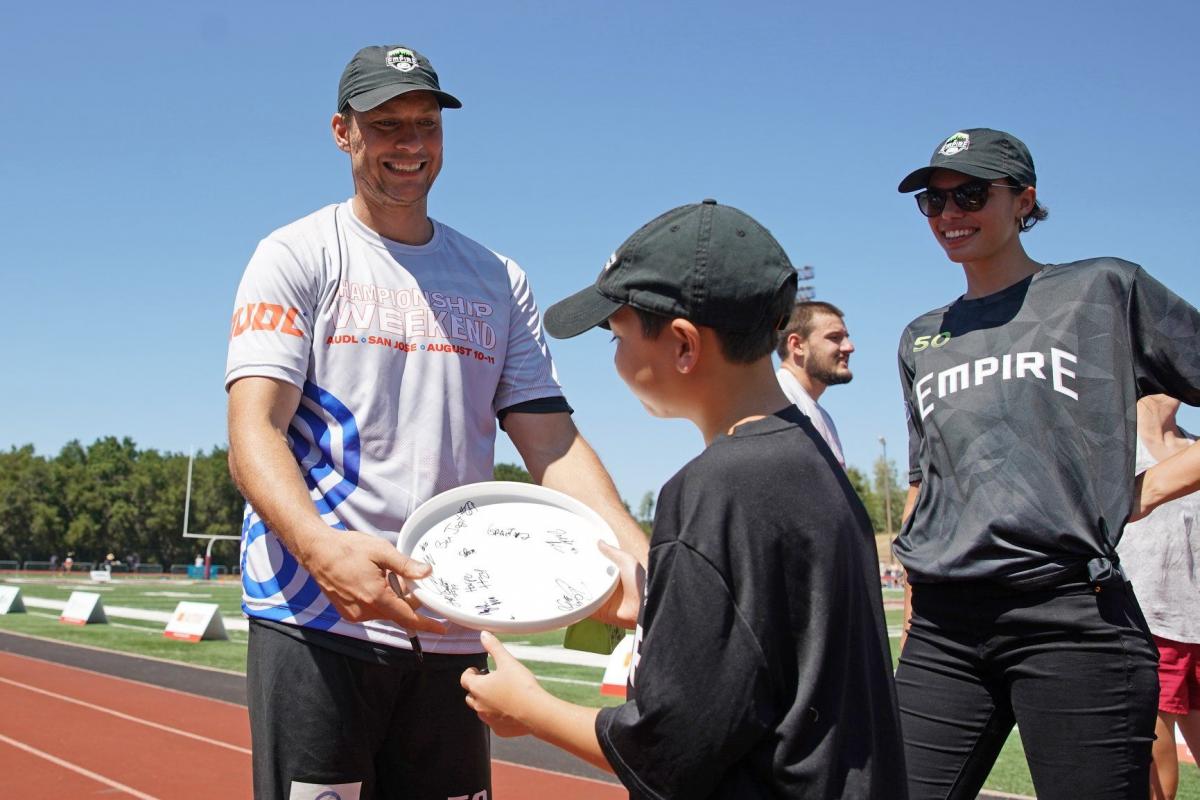 The American Ultimate Disc League is proud to present a new "Future Of Ultimate" discussion panel series. Over the next month, AUDL broadcaster and analyst Evan Lepler will host four different panels that will feature esteemed members of the ultimate frisbee community. Each event will be simulcast live on the league's YouTube and Facebook channels. The first discussion will feature a player panel headlined by two-time MVP and five-time league champion Beau Kittredge on Thursday, November 19 starting at 9:00 PM/ET. A full list of the panel participants and schedule is below. 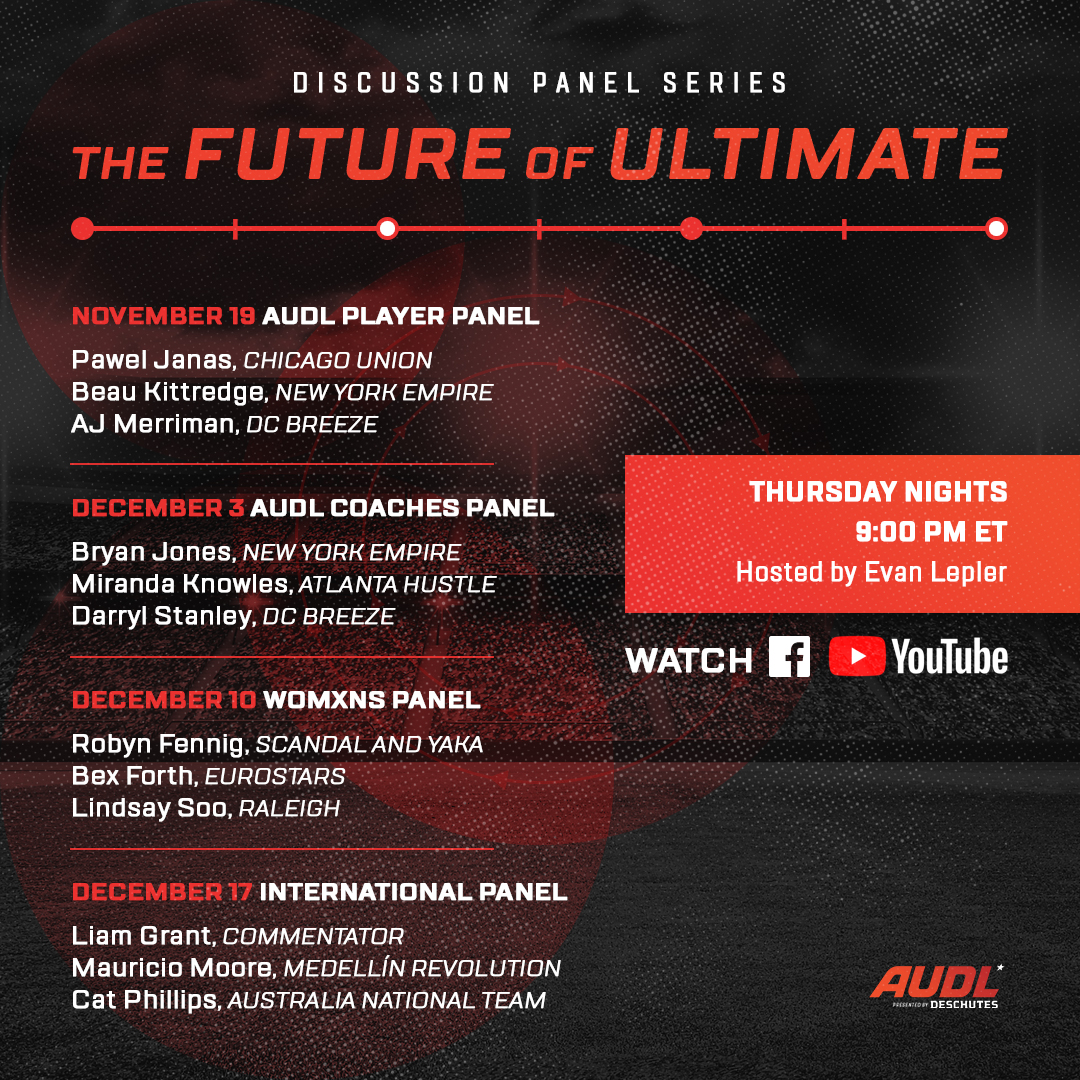