Disc In: A Chat with Matt Rehder | AUDL
Skip to main content 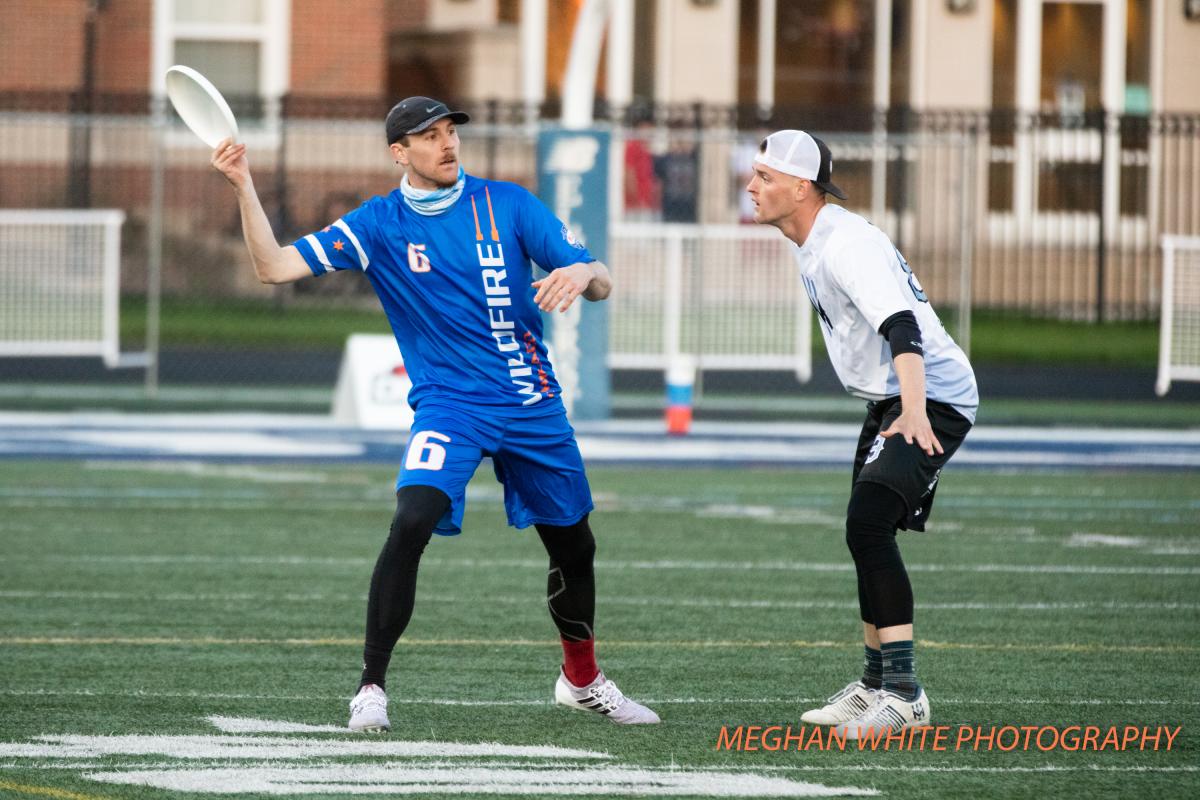 The common first impression when witnessing Matt Rehder from afar is to marvel at a seemingly larger than life presence, both in terms of his size and stature, not to mention his remarkable athletic gifts that enable him to sprint, jump, and defy gravity in ways that don’t seem normal for the average human being. If you know his story, it functions almost as legend: when a gargantuan teenage phenom made the top men’s club ultimate team in Seattle, the youngest individual to ever crack the elite tier for a national championship contender. Rehder was just 16 when he earned that roster spot about 13 years ago, a half-decade prior to the AUDL’s existence. The many years and countless successes since have only confirmed the clairvoyance of giving him an early chance to compete at the highest level.

“When I heard I made the team, I personally thought it was a joke,” Rehder admitted during a podcast conversation we had back in June of 2015. “I was kinda flabbergasted."

Flabbergasted is exactly how many teammates, spectators, and opponents have felt in the many years since, in which Rehder has continued to evolve into one of the most dominant downfield forces the sport has ever seen. He made his AUDL debut five years ago with the Seattle Cascades and immediately asserted himself as a matchup to fear from coast to coast. Production-wise, he accumulated 42 goals, 24 assists, and 21 blocks in just 10 games played that year, a rookie arrival into the 20/20/20 club.

“I’m aware of my physical capabilities, and I think I’m only just now touching on them,” shared a 24-year-old Rehder during the aforementioned 2015 chat. “As I grow into my body a little more and get stronger, there aren’t really limits to what I’m able to do. I’m very confident in my abilities and I think I’m not quite at my prime yet.”

Five years after that comment, the Minnesota Wind Chill are certainly hopeful that his prime will stretch into his 30s, as Rehder signed a free agent contract with the Twin Cities’ squad prior to the canceled 2020 season. Although the pandemic prevented him from taking the field with his new teammates over the past many months, Rehder, who turned 29 a couple weeks ago, remains on the short list of pivotal pickups that could change the course of the league’s new Central Division in the years ahead. His hulking presence will obviously add a new wrinkle to the Wind Chill roster, though his personality on the field is probably more loose and goofy than one might otherwise think. 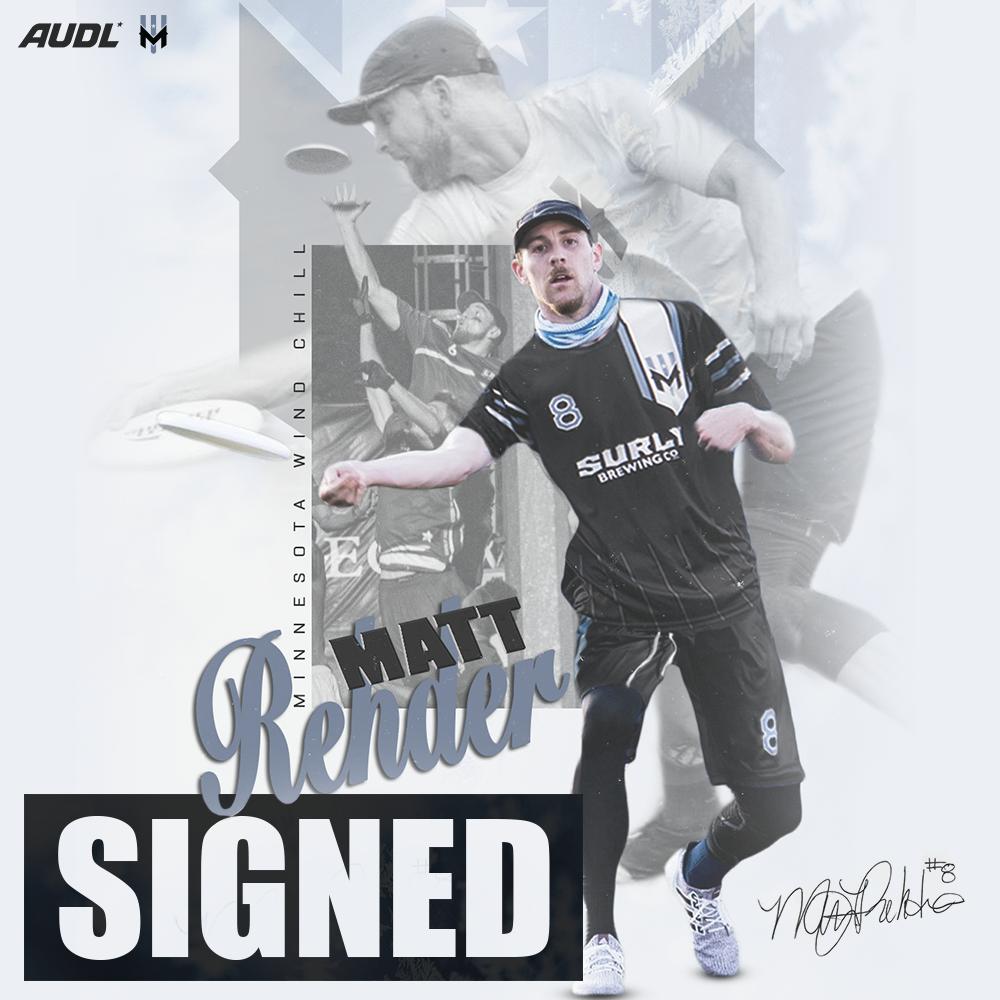 Past teammates have long raved about Rehder’s qualities in the huddle, on the sideline, and using his voice during important sequences on the field. One of his former captains in Seattle once explained that Rehder had a tendency to be goofy during especially intense moments during game, in order to inspire the rest of his teammates to relax. When asked about that assessment, Rehder concurred.

“I try to keep it loose at all points,” he agreed. “What I want to get out of this is fun, obviously I wanna win and be competitive with anybody that we play against, but it’s big for us to be enjoying the moment. I guess that’s my way of keeping people loose, being fun and goofy, just like I am in real life, I guess.”

It was great to catch up with Rehder late last week to ask about the unique recruiting experience that brought him to the Wind Chill, his first impressions of new Minnesota teammates, his collegiate track and field career where he high jumped and threw the javelin for a small D-III program in California, and his favorite non-ultimate athletes from the wide world of sports. The conversation has been edited slightly for clarity.

Evan Lepler: Firstly, how are you and what has your life been like over the past several months?

Matt Rehder: Life has been good despite our current social climate. I will be doing orientation in the next couple weeks at University of San Francisco to pursue my Masters in Nonprofit Management.

EL: What types of things have you done to continue training recently, and did the news of the AUDL season officially getting canceled impact your motivation levels at all?

MR: Training-wise, I've taken a step off the gas pedal a bit. I've taken a focus on rebuilding a stronger base, after building on top of a decade of compensatory movement patterns due to injury. Today marks my first day looking at how I will program my training for 2021! 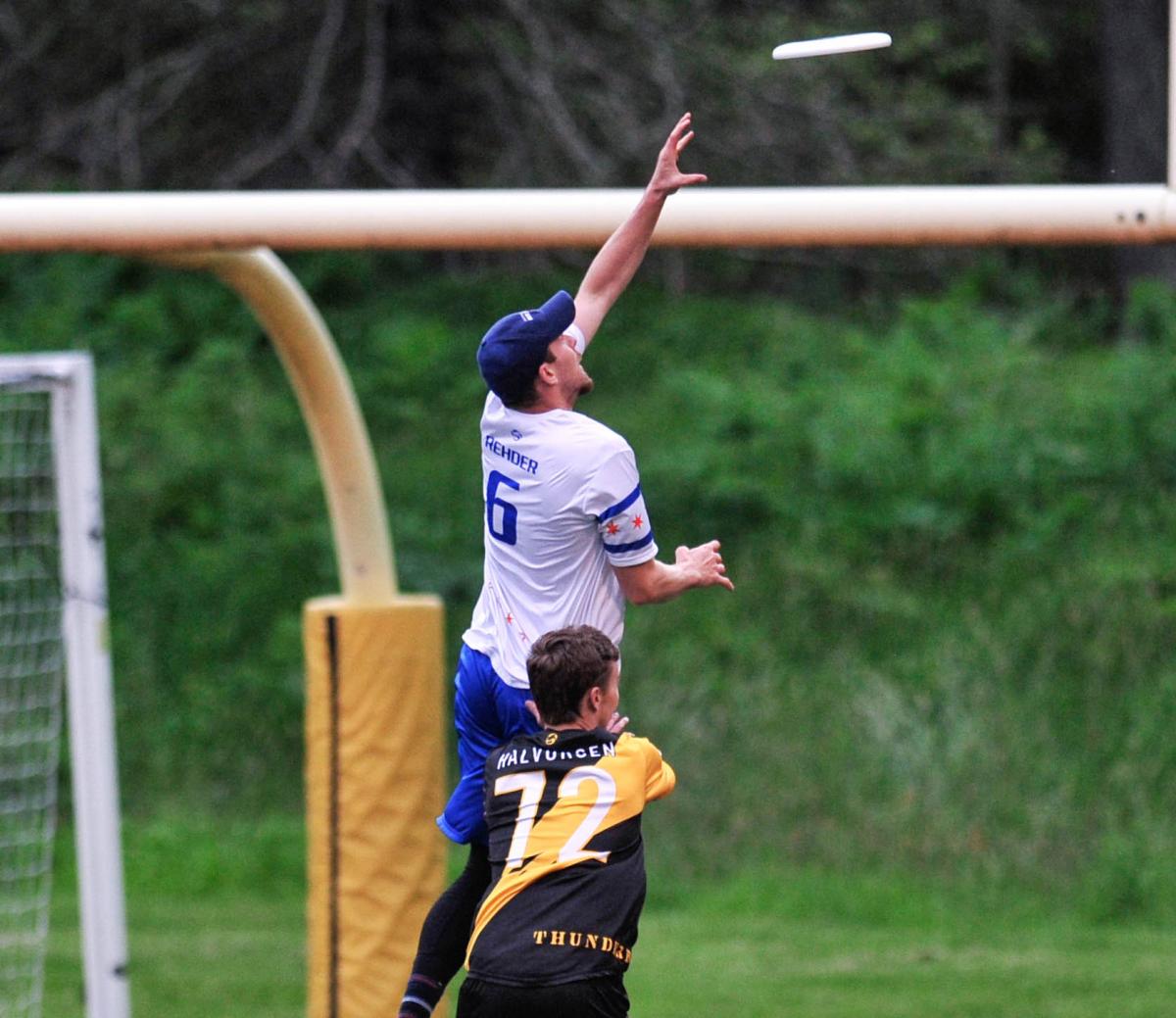 EL: So I recently learned that Minnesota Co-Owner Ben Feldman and long-time Wind Chill player Josh Klane actually traveled to where you were living this past offseason to try and recruit you to sign for the 2020 season... Can you share when that was and what that was like? What did they say and do to try and compel you to leave the Chicago Wiildfire and join Minnesota? At any point, did you think about how this compared to professional athletes in other sports getting wooed in free agency or anything like that, albeit at a significantly smaller scale?

MR: I've seen recruiting grow dramatically in the sport over the last several years, but was surprised to hear Josh and Ben were planning to stay a night in the city. After I got off work that day, I met them for drinks and an early dinner. We took time to catch up as we're longtime friends and hadn't seen each other outside of frisbee events. Drinks were downed, shit was talked, and by the end of the night we were talking about what it would take for me to join them in 2020. It was fun, and about as comfortable as a recruiting trip could've gone.

EL: What were your first impressions of your new Wind Chill teammates and their team vibe from the practice or two that you were able to attend prior to mid-march, when everything shut down?

MR: First impressions of my Wind Chill teammates were that they were extremely hardworking in all drills and scrimmages. By our last practice weekend I felt an intensity and competitiveness in that we were ready to bring to other teams in the Midwest. Top down, this roster is a strong young group of athletes, and I've been looking forward to our first game together since I verbally committed to Ben last August. I mostly look forward to adapting to different defensive schemes and matchups with this offensive group, as the trajectory of our learning curve is steep.

EL: Before going further, can you briefly share your narrative regarding how you entered into ultimate? What sports did you play growing up, how did you discover ultimate, and when did your passion for frisbee really begin to blossom?

MR: I started playing ultimate in the sixth grade with a group of friends at Seattle Academy of Arts and Sciences. Growing up, I played baseball, basketball. I quit basketball and baseball to focus on frisbee and soccer in the 10th grade. 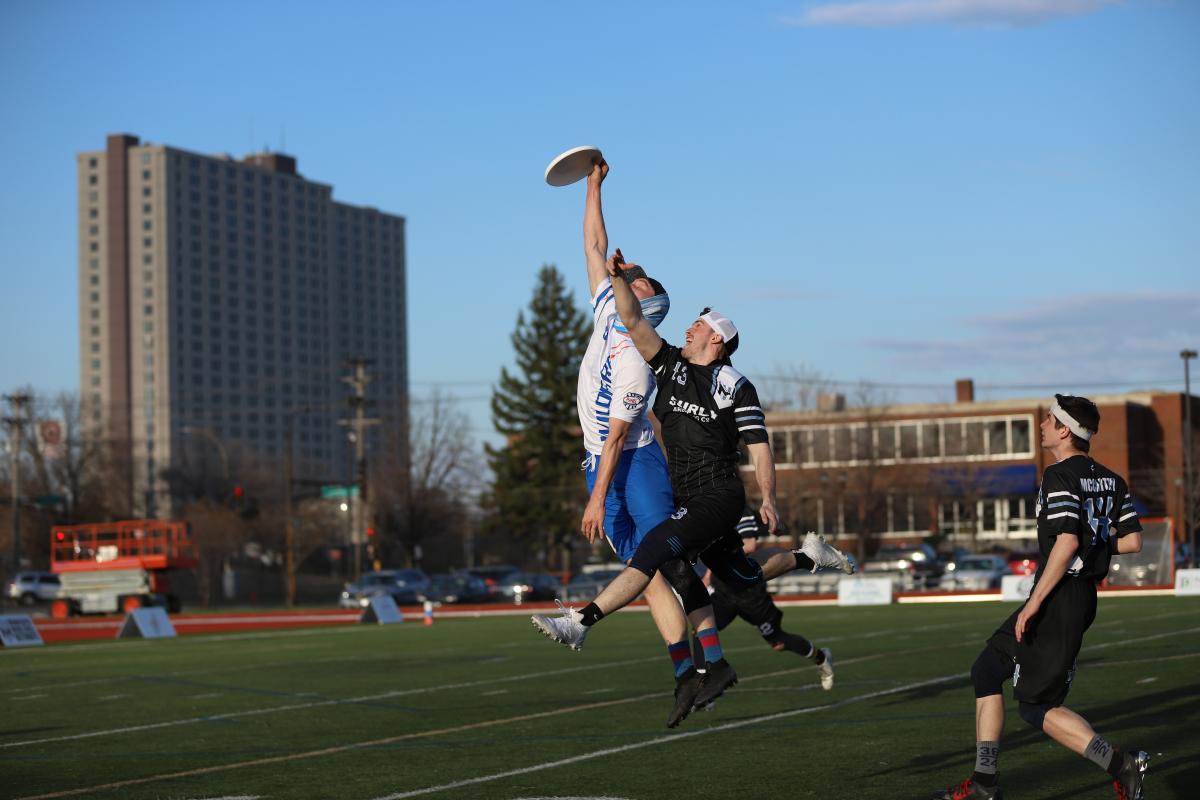 EL: So, this chapter of the "Disc In" series is featuring players who have registered 20 goals, 20 assists, and 20 blocks in a season, which you did in 2015 with Seattle, despite playing just nine regular season games. Over the course of your career, how have you balanced the desire to be as well-rounded of a player as possible while also trying to emphasize or specialize in a certain area?

MR: My desire to be a student of the game and always be a better teammate has driven me to become a more well-rounded player. I ultimately want to win games and I see high IQ, multi-dimensional athletes often provide a surplus of opportunities for a team to win throughout the course of any given game or series.

EL: I feel like many who are familiar with your ultimate career may not realize that in college you competed in track and field. Can you share a little bit about what your experience was like competing in D-III college athletics at the University of La Verne? Also, how'd you fit into the track and field program that is considered, according to all-knowing Wikipedia, as a national powerhouse with several former national champions and past All-Americans?

MR: In college, I joined our track team in order to build a stronger base for our frisbee season. Having no prior background in track and field, I showed up to the first fall practice and introduced myself to the head coach, explaining my interest in competing for him. At a small D-III school we didn’t turn anyone away that wanted to compete. I was lucky to train with phenomenal coaches and athletes at University of La Verne, which significantly helped me work on my running form and technique as a jumper. This was my first experience competing in individual sports, and it was a huge wake up to the importance of training mental resilience in athletics as well as the commitment to owning your craft or specific role you may play as an individual within a team.

MR: Hahaha, I will respectfully decline answering this question. I've given up on the media hype train. Yes, it’s exciting for fans to see a dominant player defy gravity or impose their dominance against an opponent, but what it ultimately comes down to is team play and in the most simplest form how two or three of the seven players on the field are able to work together. 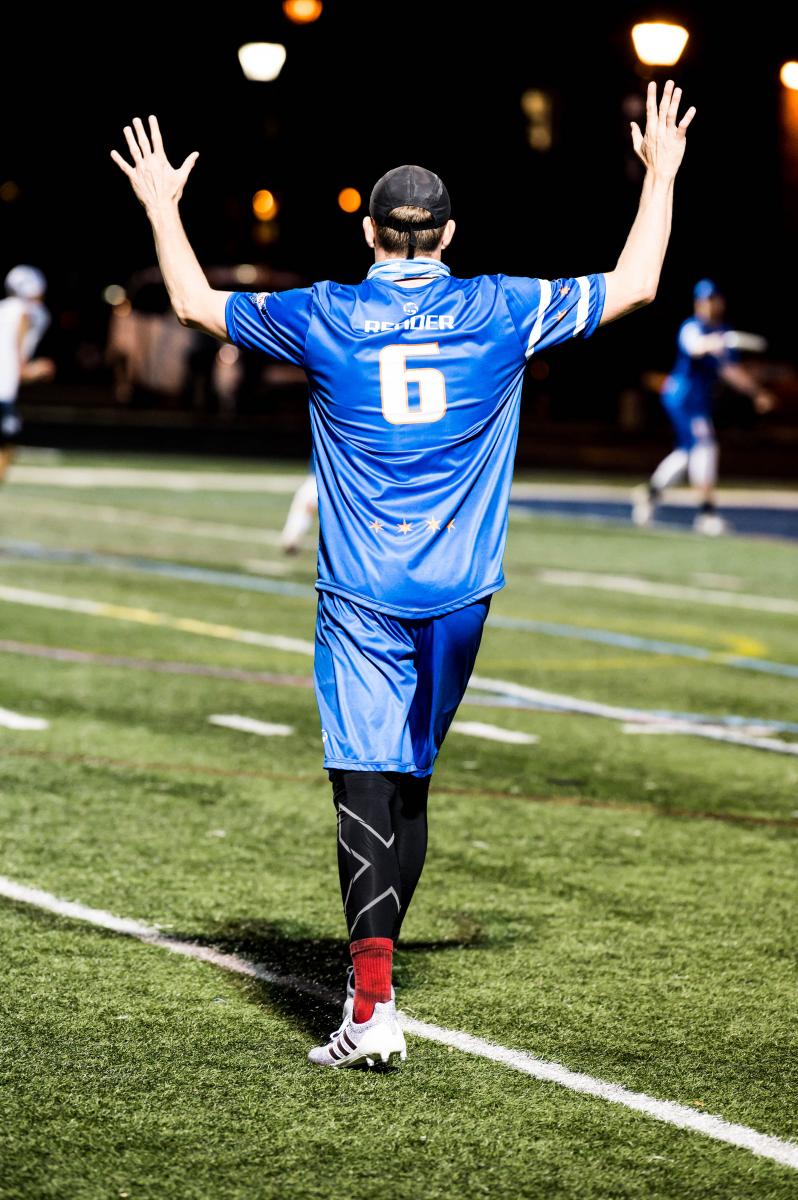 MR: I’ve loved LeBron James since the seventh grade and still rock his Saint Vincent-Saint Mary's High School jersey on hot summer days. Kevin Garnett, for various reasons, but mostly for the heart and passion he gave the game of basketball. Currently, I would say Megan Rapinoe, not just for her high IQ play on the field, for her amazing touch on the ball, or fun-loving spirit she brings to her team, but for her willingness to stand for what she believes in. For breaking barriers on the forefront of social justice and allowing there to be space for athletes to think, feel, and interact with society beyond just sports.