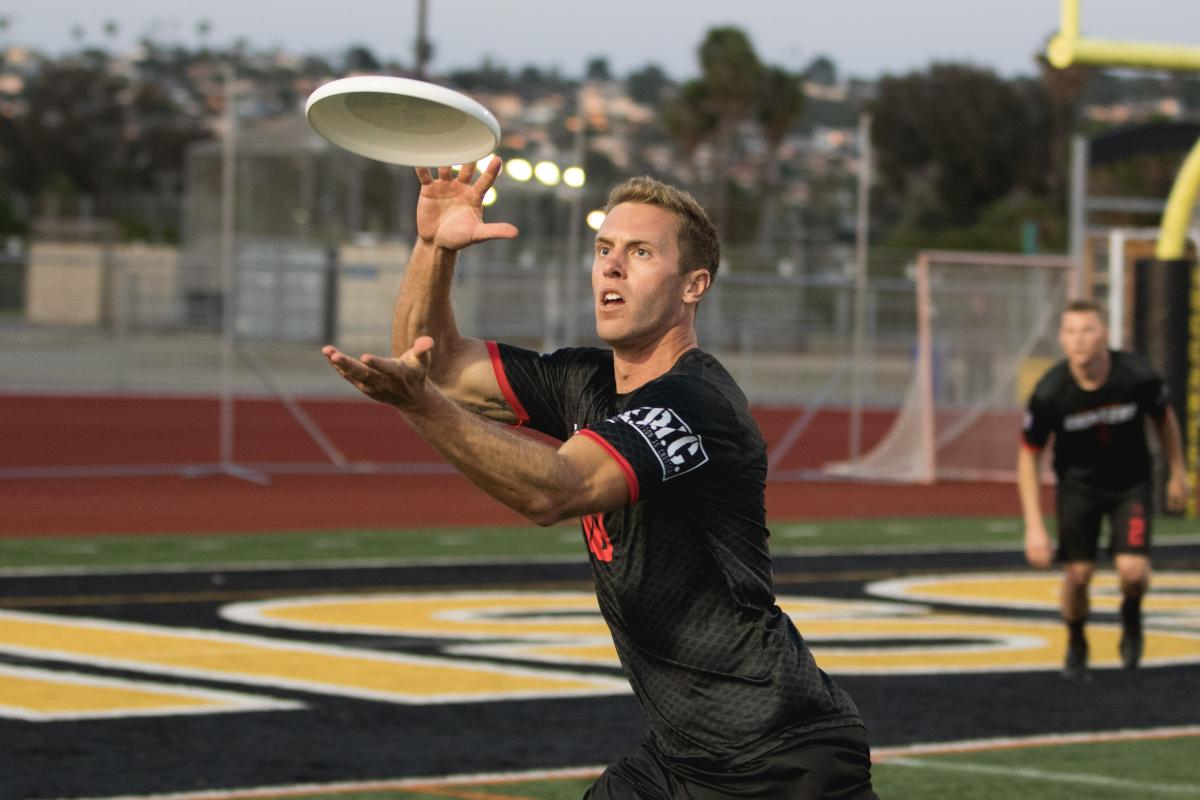 Roses are red, violets are blue, Goose Helton is almost certainly in better shape than you.

He earned his “Mother Goose” nickname because of his ever-changing voice mailbox rhymes that he would re-record on a weekly basis while in college, but that was nearly two decades ago. Back then, he was a relatively unknown frisbee player who was still discovering his game. Now, on the verge of his ninth AUDL season, Helton has firmly established himself as one of the great all-around athletes that the league has ever seen, with a versatile high-level skillset to accompany his off-the-charts conditioning.

Hardly a household name when he joined the Indianapolis AlleyCats in 2012 for the league’s inaugural campaign, Helton shined brightly almost immediately, leading the league in plus/minus (+88) along with collecting 57 assists, 30 goals, and 39 blocks. He earned MVP honors that year and replicated the feat in 2013 as a member of the Chicago Wildfire, making him one of just two players to earn multiple MVPs in the league’s history, keeping pretty good company alongside the five-time AUDL champ Beau Kittredge. 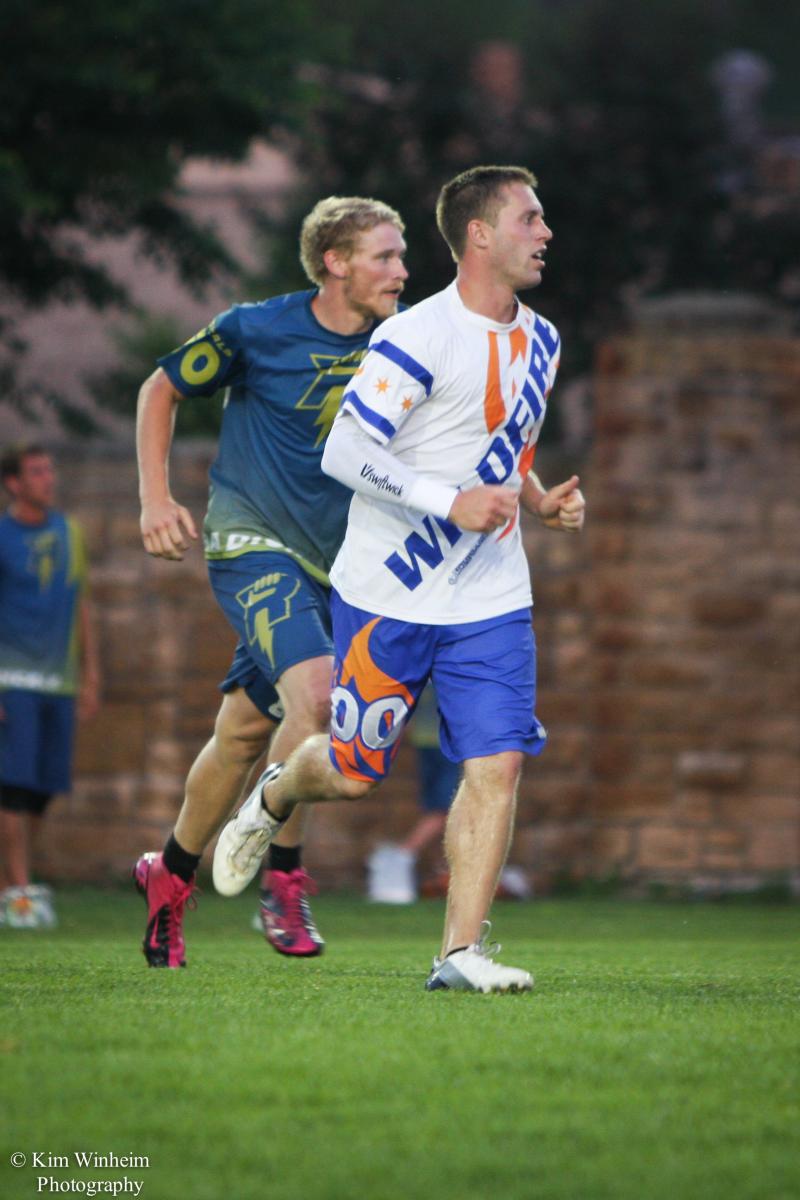 His journey, particularly recently, has felt a tad nomadic, considering he became the first player in league history to play in all four divisions when he moved out to San Diego last year. Of course, it did not take long for him to positively impact the San Diego Growlers franchise; his plus minus (+58) ranked second on the team, trailing only First Team All-AUDL standout Travis Dunn. Furthermore, he helped San Diego garner its first division title, earning his first trip back to Championship Weekend personally since 2013. But it’s not like he simply put up numbers on mediocre teams during the half-dozen years in between; it’s worth mentioning that in the course of his eight seasons in the league with five different franchises, his team has never missed the playoffs.

Goose turned 36 in February, but he’s showing no indications of slowing down. Last month, it was announced that Helton had made the USA National Team for the 2020 World Ultimate Championships. Considering the event has been postponed—likely until 2021—it would be natural for the coaching staff to wonder whether all the athletes will remain in top shape, especially those that are in their 30s. But I cannot imagine that the team leaders are at all concerned about Helton, who has transformed strength and conditioning into a daily aspect of his life and career. Last week, he took a few minutes to answer my questions about life, ultimate, and the future. The conversation has been edited slightly for clarity.

Goose Helton: Just like much of the United States, California has been issued a "Shelter In Place" order. I leave the house maybe once or twice a day for either food or exercise; otherwise I’m home working. I almost exclusively work from home, so I’m fortunate that my routines have remained largely intact. 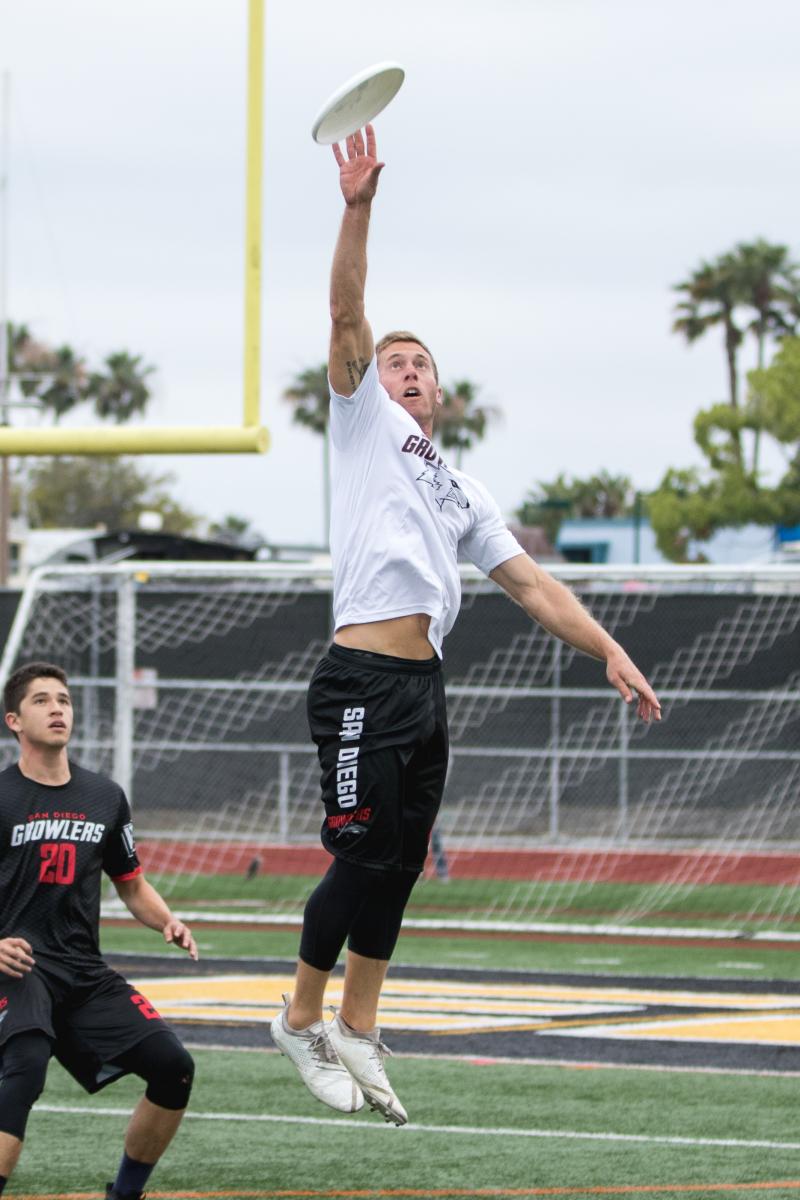 GH: No longer being able to go to the gym and not having any competitive outlet like team practices and pods have been big changes. I can still train on the beach or at a park, which is a huge blessing. [Note: Since our conversation, most California beaches have also been closed to the public.] But I do miss playing ultimate greatly. I am a financial advisor by day, so the recent market volatility has certainly increased the communication efforts on my part with my clients. Thankfully, we successfully dodged most of the stock market pain so a lot of those conversations are mostly positive.

GH: I view training as long-term development so my training has continued. This perspective has been useful in a time where I have growing skepticism of an ultimate season in 2020. 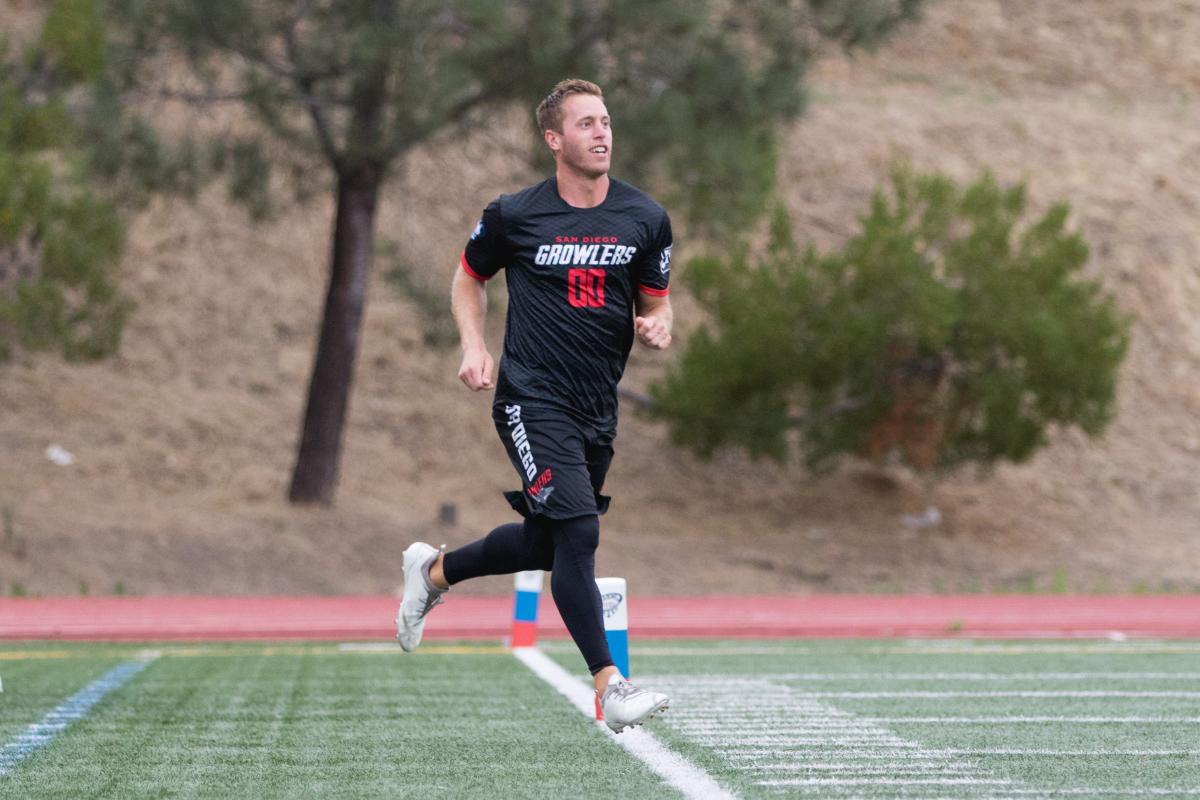 GH: As far as sport skills go, I spent a good portion of the offseason working on one-on-one defense and also refining my hucking. In anticipation of Team USA tryouts and this 2020 season, Khalif [El-Salaam] and I started hosted bi-weekly small squad, aka pod, practices in San Diego open for anyone to join. The tagline was “brilliant at the basics” and we had linear progressions from week to week working at various aspects of defense, offense, and throwing.

GH: I felt that we had a good start to our season from a offensive preparation standpoint. We built the offense up from basic principles and concepts into more recognizable forms like Horizontal, Side, and Vertical stacks. It was slow going at first, but right about the time we hit COVID social measures, we started to see a lot of progress. I think stepping back, the team was looking forward to the challenge that new adversaries in Dallas and Austin would bring to the season. 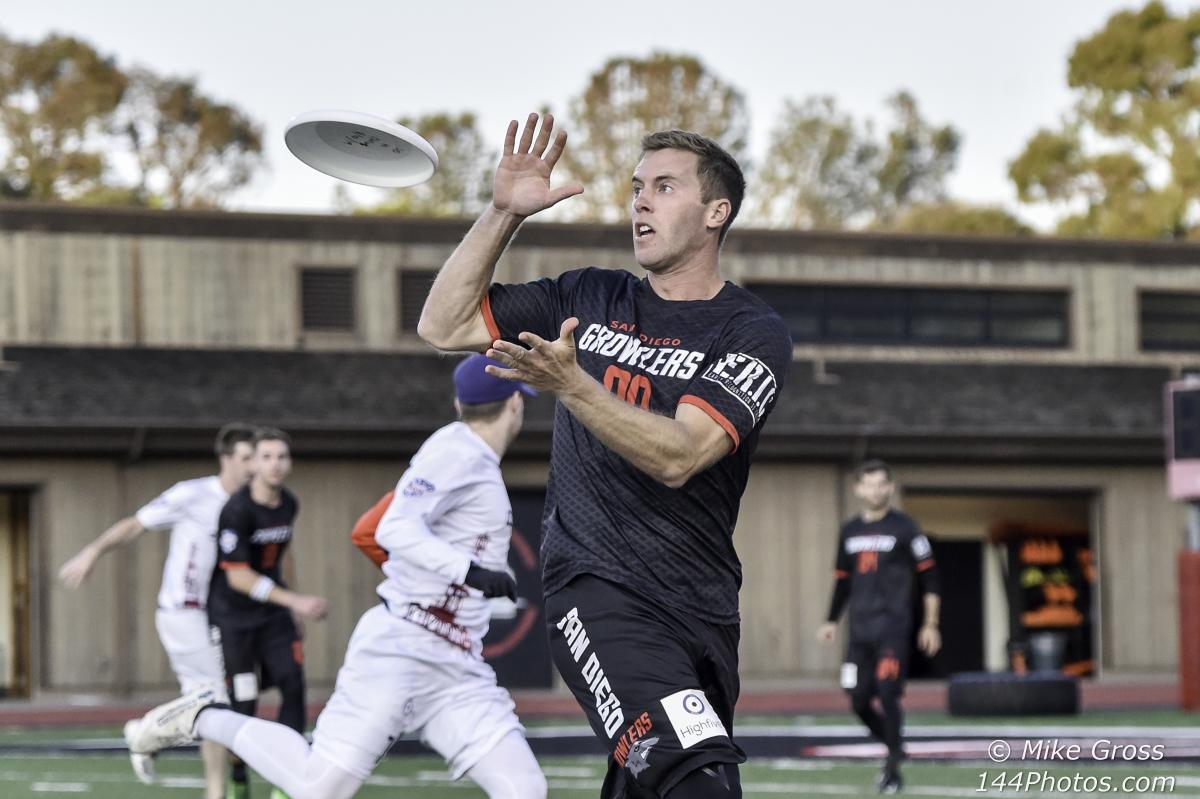 EL: Now shifting to a slightly different style of questions: What's your favorite game you've ever played in and why?

GH: Perhaps my favorite game of all time was the 2016 WUGC final where we (USA) faced Japan. There was a huge crowd. Japan was an extremely challenging opponent and the game ended up being one the the cleanest games in turns of turnovers that I’ve ever been a part of. It truly felt like the pinnacle of the sport.

GH: I think the most compelling story of a surprising approach teammates have had in mindset and approach to a game goes back to the night before that WUGC Final vs Japan. The team spent a couple of hours being extremely vulnerable with one another vocalizing our insecurities as individuals in relationship to the task at hand. This opened the door for individual ‘weakness' to be met with collective strength in the form of team support. I remember walking away from that team exercise thinking we couldn’t lose after that. Everyone was so eager to support one another on the field. 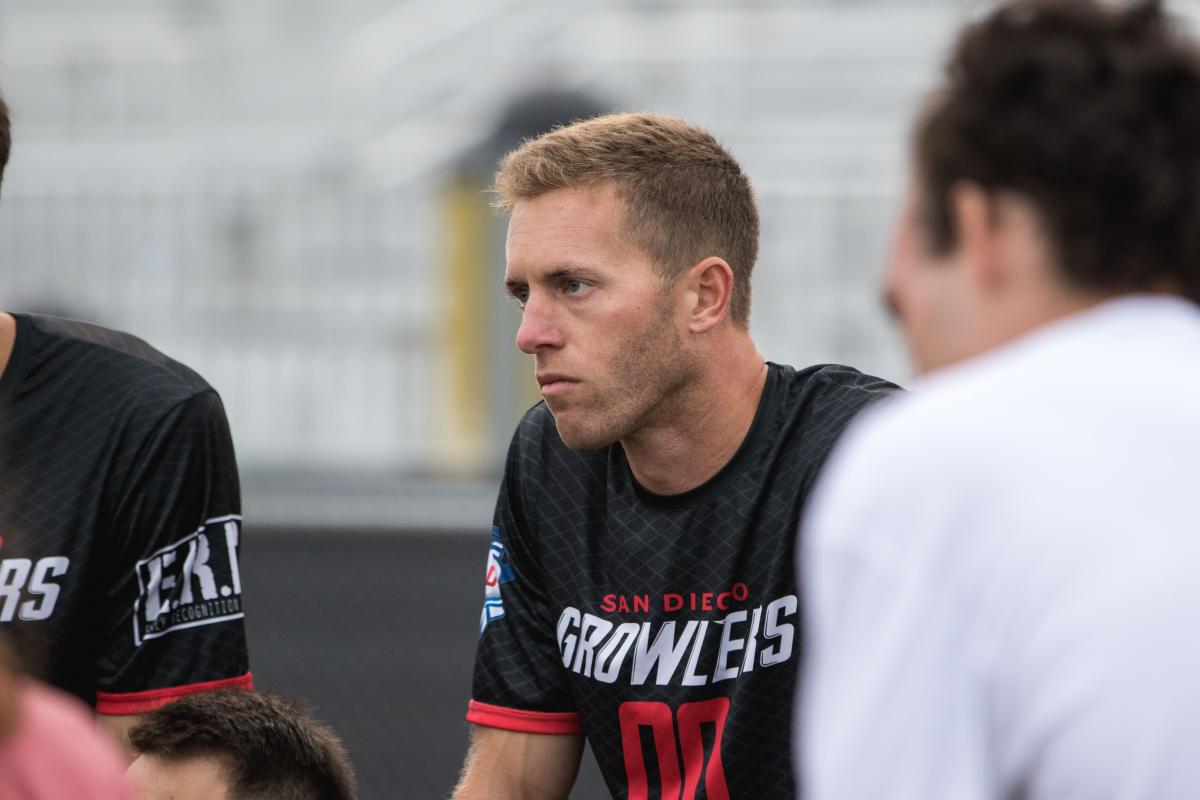 GH: I have always been fascinated with philosophy, the primary area of study for me in college. I especially find phenomenology and pragmatism to capture my mind. Once you have deconstructed the way you see the world a few times, you have an opportunity to see things from other perspectives. This has been especially meaningful to me in loving people I disagree with, something already important to me as a Jesus follower.

GH: There are far too many places I’d like to visit to narrow it down! I was exceptionally excited to visit the Netherlands this summer, so that will remain on the list until checked off.

GH: I’m currently reading through the Bible chronologically. I’m also reading Fuel Your Performance, a nutrition book written by a friend of mine which is quite good as it addresses not only nutrition theory but has solid behavioral components as well. As far as TV, I don’t care how many times you watch it, Arrested Development is amazing. 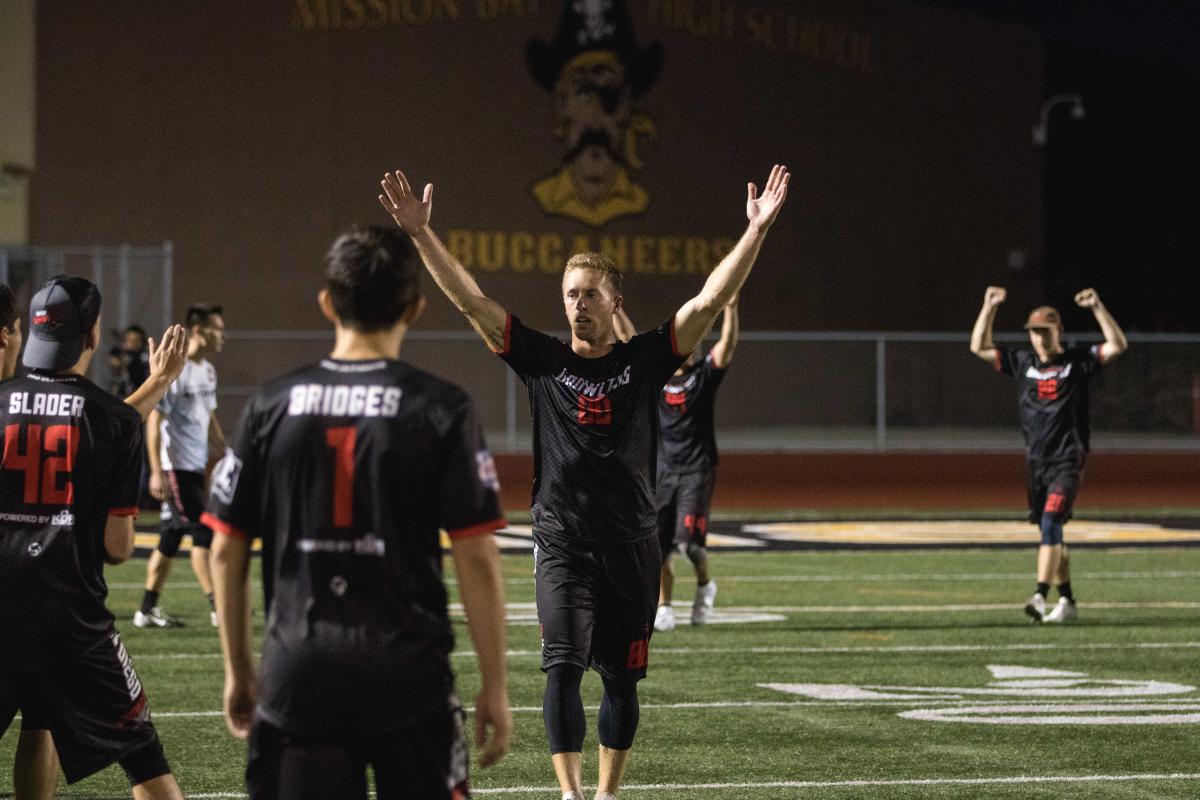