Disc In: A Chat With Dylan Tunnell | AUDL
Skip to main content 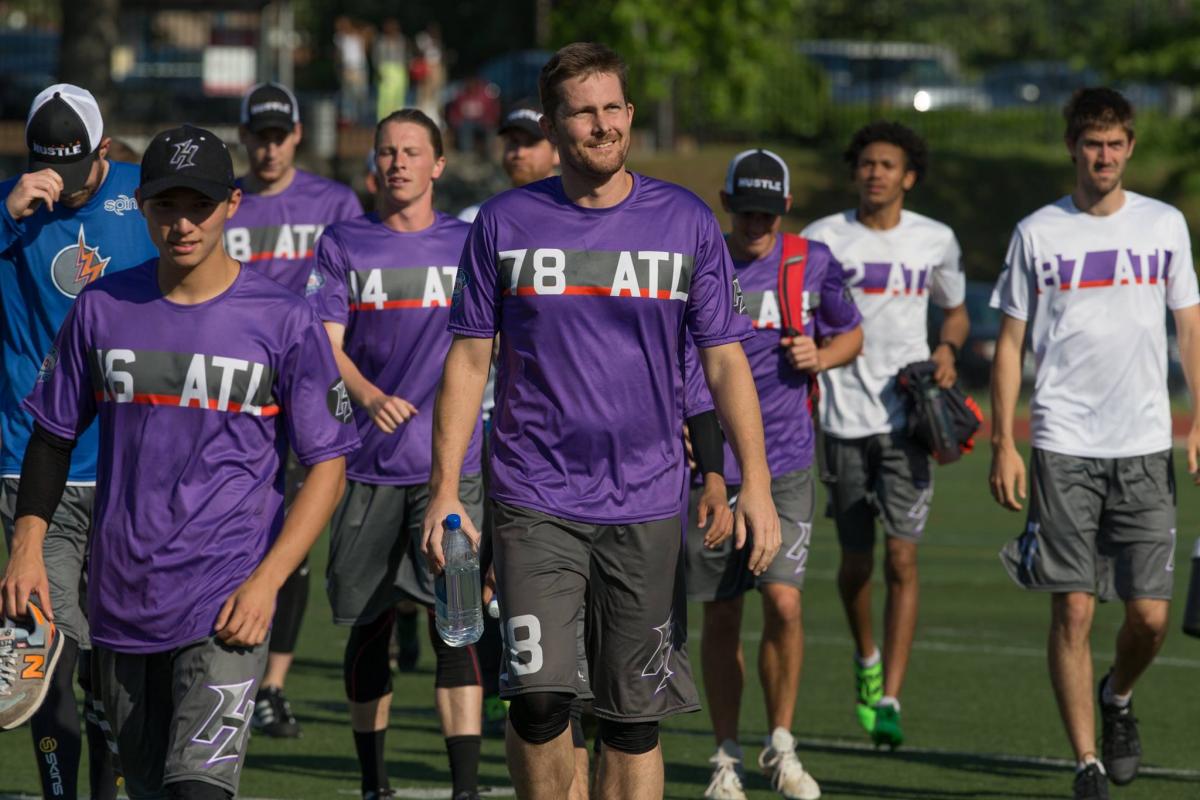 Imagine Mark Burton's ambitious, pinpoint throws combined with Matt Rehder’s unstoppable size and athleticism; that was Dylan Tunnell in his prime. And even that may sell him short. 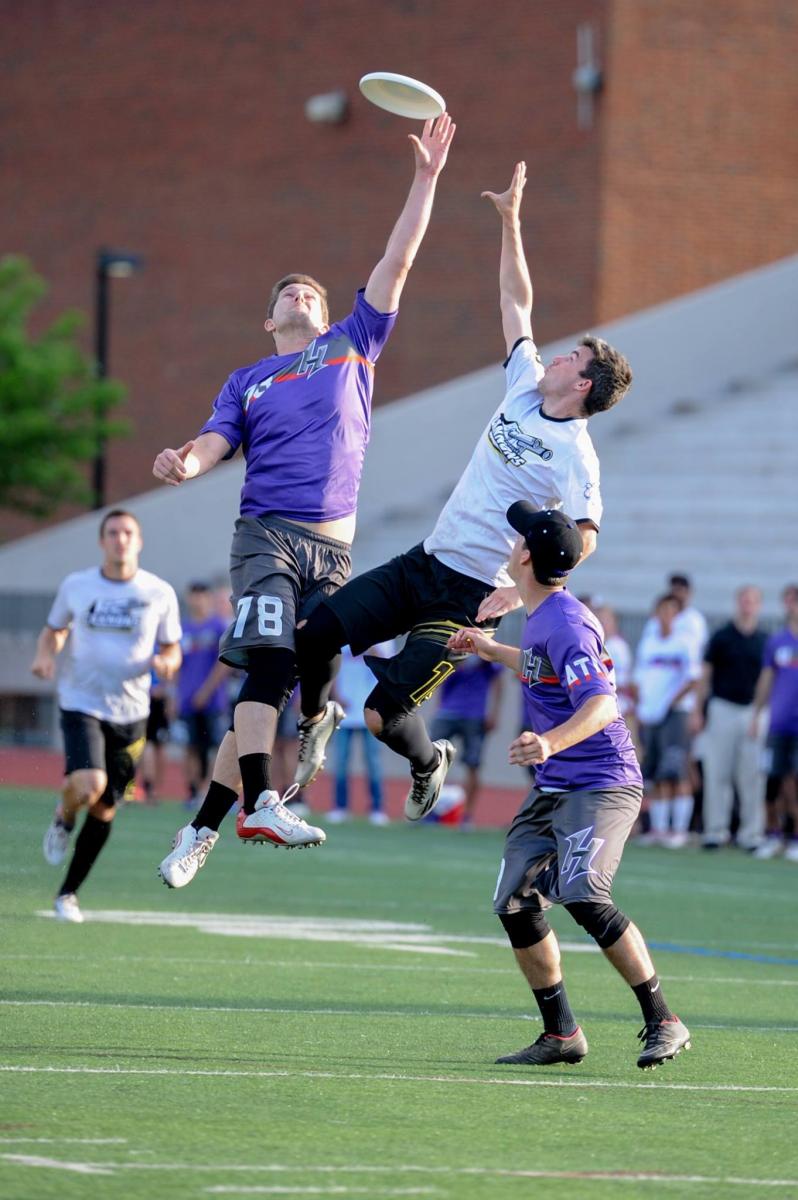 When the Atlanta Hustle began competing in the AUDL in 2015, signing Tunnell to their inaugural roster created instant credibility. A member of the USA gold medal-winning World Games team in 2009 and 2013, Tunnell truly resided in the elite pantheon of his era, which mostly occurred outside the spotlight of ‘modern’ luxuries like Ultiworld or the existence of professional ultimate. But in two and a half seasons with the Hustle, Tunnell certainly showcased his abilities for a larger audience while also winning a bunch of games.

Among his top achievements, Tunnell piloted Atlanta to a surprising postseason road victory over Raleigh in 2016. In that contest, the hybrid with a howitzer registered 51 completions, five assists, and two goals in a 25-23 upset triumph. A week after that, Tunnell’s Hustle kept pace with the undefeated Dallas Roughnecks for a half (17-16) before succumbing to the powerhouse that many still consider to be the greatest team in AUDL history. Even though his team could not crack the Championship Weekend field, Tunnell earned league MVP honors after his 66-assist, 18-goal, 472-completion season in 2016.

Tunnell moved to Massachusetts midway through the 2017 season, effectively ending his professional ultimate career at age 33. In just 31 games, including the playoffs, he dished exactly 150 assists. That amounts to 4.84 per game, a rate surpassed by only three players in the history of the league (among players who’ve competed in at least 30 games). There’s no shame in being fourth all-time among this group of decorated distributors: Pawel Janas, the aforementioned Mark Burton, and Jonathan Nethercutt.

To complete the series of conversations with former AUDL MVPs, I connected with Tunnell this past week to learn how he’s managing in these peculiar times. As a paramedic and firefighter, he has an especially interesting, firsthand perspective on the world as we now know it. The conversation has been edited slightly for clarity.

Evan Lepler: For starters, how are you and what's it been like in your current hometown over the past few weeks?

Dylan Tunnell: I’m doing ok, all things considered. Having moved to Amherst, MA three years ago, I no longer live in my hometown of Atlanta. Things are pretty quiet here compared to a lot of the country. All of the students at the colleges were sent home and most of the year-round residents have been holing up and distancing as recommended. The virus is definitely here but it hasn't really exploded in our town the way it has in some other parts of MA or the surrounding states.

DT: My life has changed less than a lot of other people. Being a paramedic firefighter, I still have to go to work as normal. My wife, Amanda, was doing online tutoring before all this craziness so she's still able to do her work as well. We homeschool our two daughters, who are seven and five, so they're also used to being home most of the time. As you might expect, work is different. In some ways, we're less busy than before. People are less likely to call 9-11 because of minor fire or medical emergencies and since people are mostly staying at home, fewer emergencies are randomly happening. However, the calls we do get tend to be more serious. We see at least a couple patients every shift who are dealing with symptoms that seem likely to be Covid. And there has been an uptick in things like domestic violence and suicide. It seems like, understandably, a lot of people are struggling with their mental health. 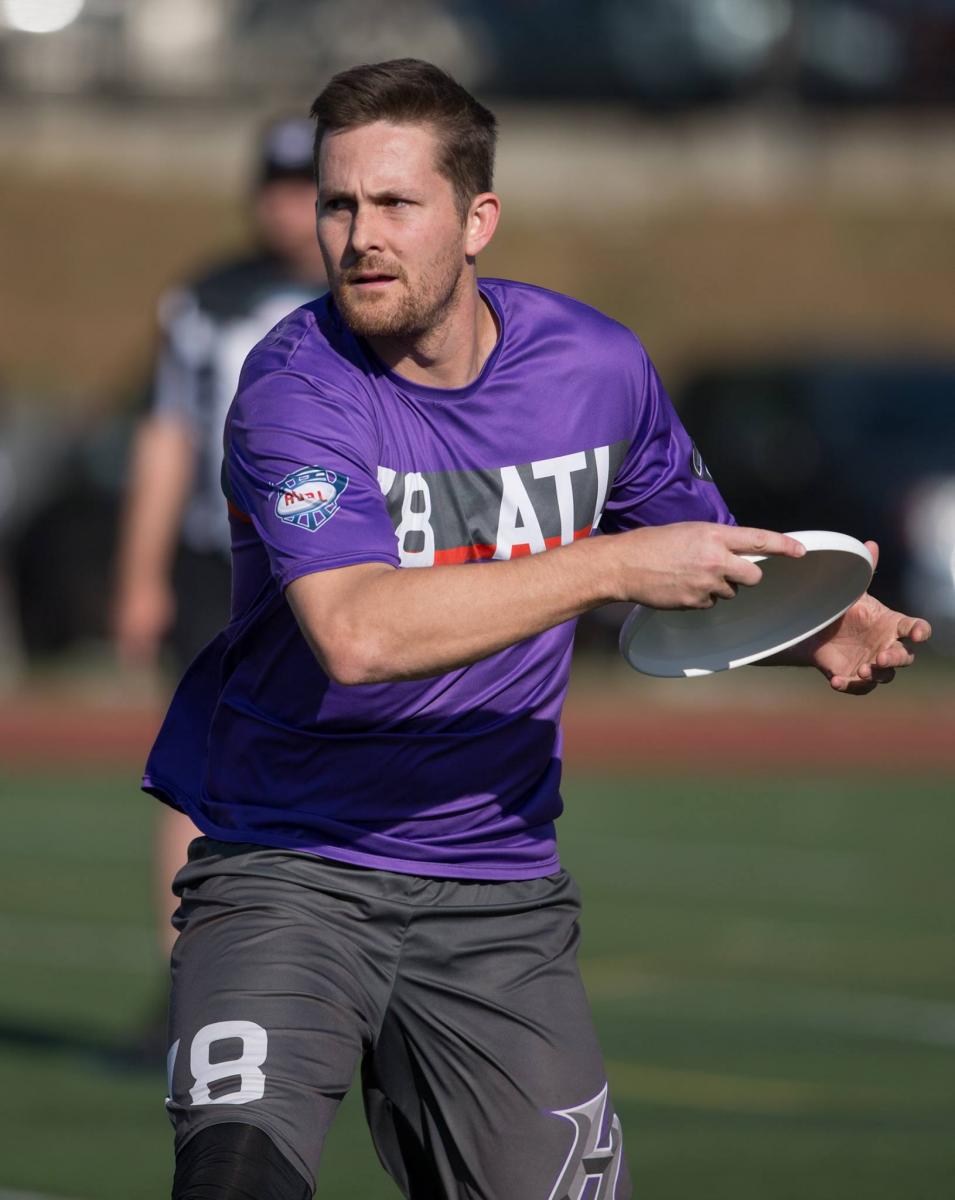 I guess it's worth mentioning that I was officially quarantined for two weeks because of an unprotected exposure I had to a patient who later tested positive, and unfortunately died, of Covid-19. During my quarantine period, I lived in the upstairs of my house while the rest of my family stayed downstairs.  My wife brought me meals and had to take care of the kids by herself. I am thankful for her. I didn't have any substantial symptoms during that stretch and was able to return to work last week. I would be at work today but last night I started having a sore throat and some other mild symptoms that most likely are not, but could be the virus. As a precaution, I called in sick and am isolating again until I get the results back from a test I will be taking tomorrow at a nearby site set up for first-responders.

EL: Shifting to ultimate, what's your current level of involvement in the sport? Have you tossed a disc more or less since mid-March when much of the world closed down?

DT: My involvement in ultimate has gradually dwindled over the past five years. My sister Leila and I helped to form a Western MA mixed team named Happy Valley when I moved up here in 2017. We were never geared at being very competitive and were more about enjoying playing with friends across a wide range of ages and experience. It was a blast. I'm unsure what the future holds for the team, but for the first time, even if the season does happen, I'm not planning on playing club this year. That decision was made before everything changed though.  It just feels like time.

Leila and I have also been coaching a U-19 girls YCC team from the Pioneer Valley area.  We have an awesome group of players and I'll be sad for them if we don't get to play this year. I love coaching with Leila. I mostly just get to stand around and be silly while she does all the real coaching.

As far as throwing goes, I throw around in the yard with my seven-year-old when I can talk her into it. I'm also playing some disc golf. It's a lot easier on the knees than ultimate.

EL: When you think back on your MVP season with the Atlanta Hustle in 2016, what are the first things that come to mind? What were the factors that enabled you to have such a strong and memorable season?

DT: That team was a blast. Our coaching staff of Greg [Swanson], Miranda [Knowles] and Stu [Downs] was awesome and they all complemented each other so well. We had a great mix of talented and fun players. While I was very grateful to have won the MVP that season, please believe me when I say that I was not the most valuable player on my own team, let alone in the whole league. If they were answering honestly, I think anyone who played on that team would tell you the same thing. Matt Smith was dominant that whole year, and most of the reason I was successful was because I had him and other fantastic, athletic receivers to track down my sketchy hucks. It was so special to play in front of the crowds in Atlanta. I love that ultimate community so much and I miss being a part of it. 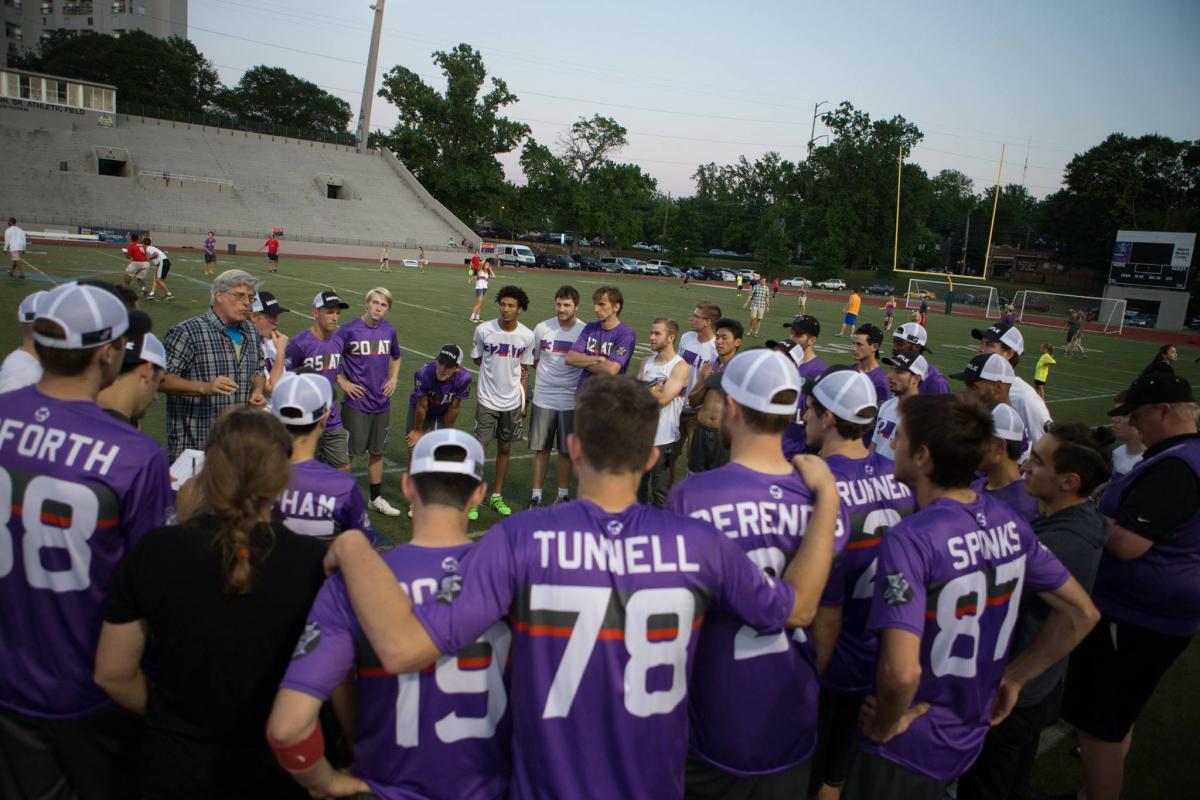 DT: That’s a toughie. I'm going to give a cop out answer that's also honest. I can't pick a favorite. When I look back on all the time I spent playing ultimate, it's like a big happy jumble of good memories. For most of the time I was playing, I was pretty focused on winning and being competitive. But looking back on it, the times I spent running sprints at practice, watching from the sidelines while the D-line played, going crazy after after an exciting play, eating dinner with my team and being silly after a hard day, all of that stands out as much as the "big" moments. I think about how much I cared when I'd lose or win a big game and in hindsight, it seems so insignificant. The best parts were everything that happened before and after the last point of a game was scored.

EL: You played with many other great players throughout your career. Can you pick a former teammate and share something that surprised you about the way they prepared or led or competed or handled a certain situation?

DT: I’ll shout out two people. One is Chelsea Putnam, who I played with on the World Games team in 2009.  She brought a relentless, intensely fun energy to that team and (from what I've heard) every other team she every played for. She played every point with her whole heart and made the experience more wonderful for everyone involved. It was an absolute joy to play with Chelsea.

The other is AJ Tiarsmith. AJ was my teammate on [the Atlanta men’s club team] Chain Lightning for many years. He went to a small school (Oglethorpe) in college and never really got the name recognition that a lot of players did by virtue of going to a well-known ultimate school. But he was easily one of the most dominant players I've ever played with. He was the leader of and, more than anyone else, the reason for Chain's success in the first decade of the 2000s. He was deceptively athletic with an explosive first few steps that were nearly unguardable. If you ask anyone who defended him during his prime, they'd tell you the same thing. He had incredible hands and reflexes and possessed a knack for making big plays on O or D when they were most needed. He was also super funny. Everyone who played with him was happy to be his teammate and it's a shame he's not more well-known. 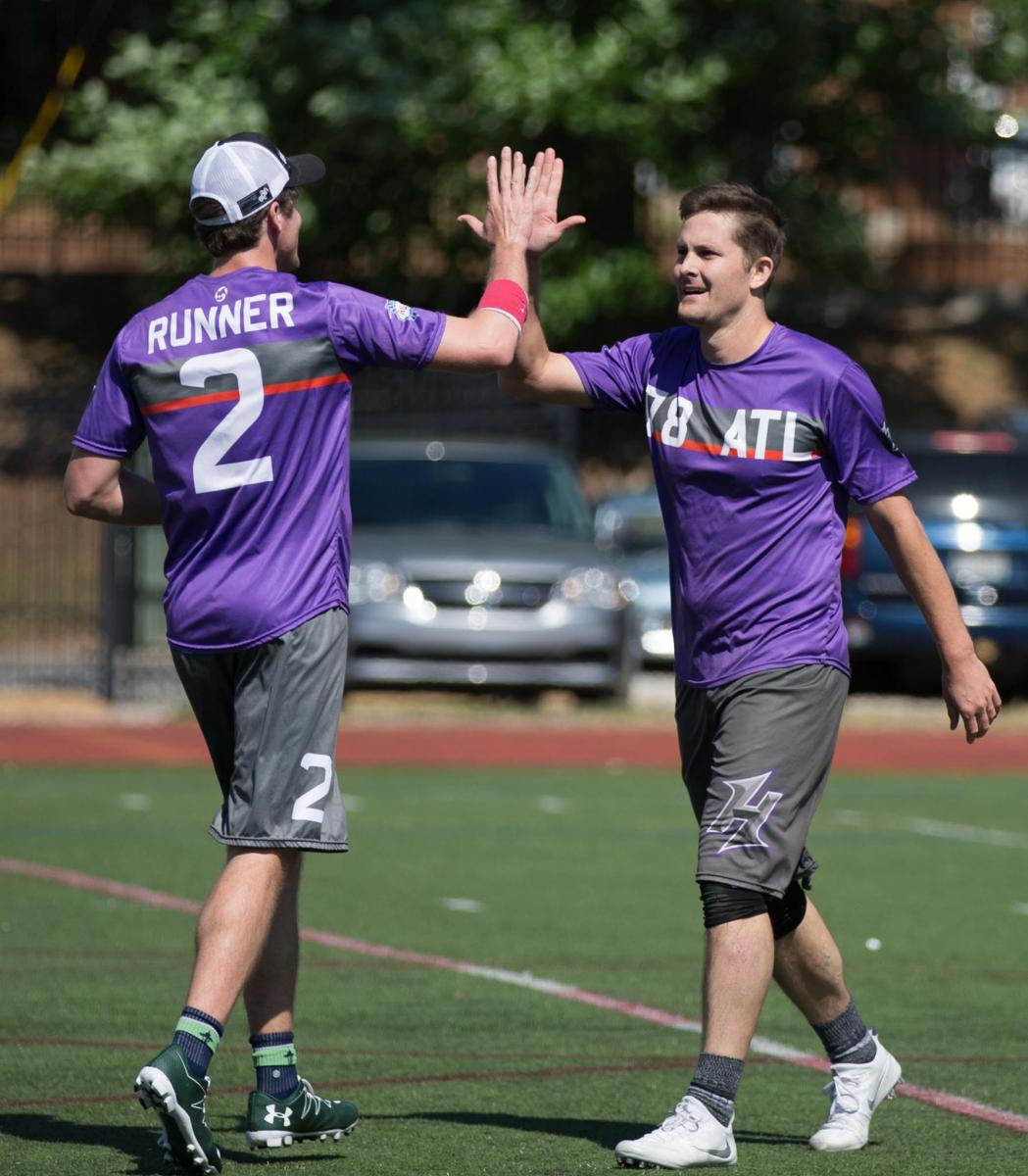 I also really like playing with my sister, but I'm biased.

EL: Do your current colleagues have any knowledge or appreciation about your world class ultimate frisbee career?

DT: I work in Amherst, the town that probably has the highest per capita rate of ultimate players of anywhere in America. So yeah, they know I used to be good at frisbee.  But no one really seems to care much.

EL: Aside from ultimate, work, and family, what's something else that you're especially interested in or passionate about?

DT: Nerdy games. Particularly Magic: The Gathering and Dungeons and Dragons. Love them.

EL: Finally, what are you reading or watching at the moment? Could you recommend a book, tv show, and/or movie that you'd suggest others enjoy?

DT: I’m reading the Hobbit to one of my daughters and Harry Potter to the other. If you like Fantasy books, I recommend The Stormlight Archive by Brandon Sanderson or The Kingkiller Chronicle by Patrick Rothfuss. If he'd only finish the third book.

If you're a parent or like learning about parenting, Unconditional Parenting by Alfie Kohn was an eye-opening, life changing book for me. How to Talk So Your Kids Will Listen and Listen So Your Kids Will Talk by Adele Faber and Elaine Mazlish is also super helpful.

I really enjoyed the show The Good Place which I recently finished with my wife.

If you're looking for a great rock opera, I recommend Rope and Ladder by [my former Atlanta Hustle teammate] Jay Clark. 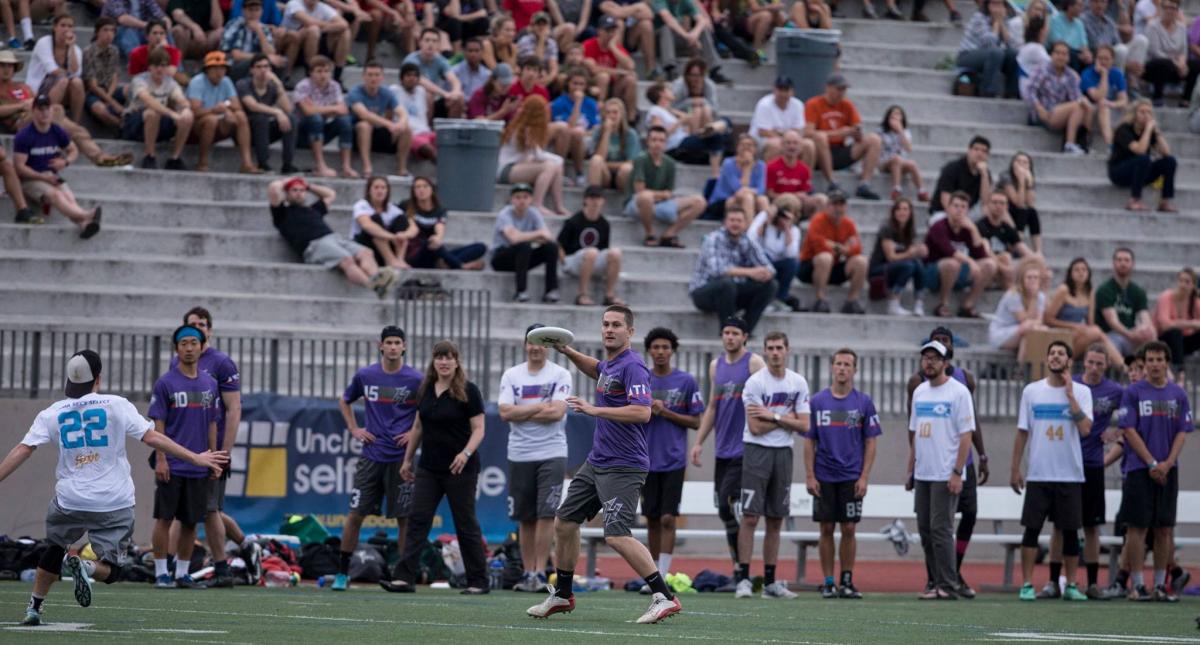