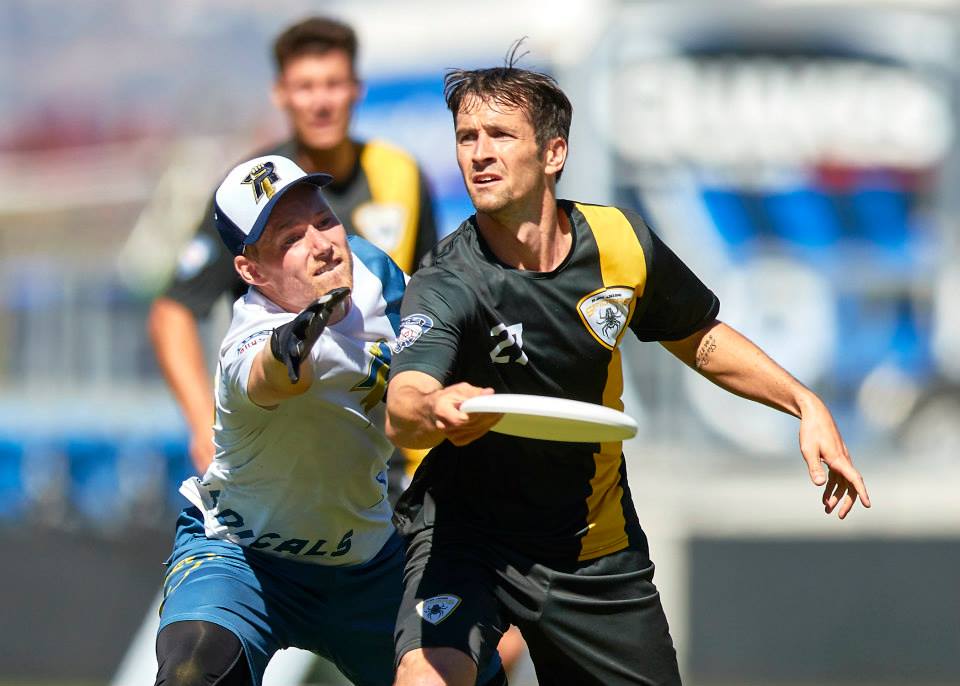 Ironically, the greatest thrower in the world is not particularly concerned about when ultimate might return. Meanwhile, his patients in Portland are almost certainly unaware that their doctor was once categorically considered the most accomplished handler in our sport.

Ashlin Joye spent nearly a decade focused on frisbee, establishing himself in his peak as the obvious choice if you could pick any player to be your quarterback on universe point. In his three AUDL seasons, his teams routinely put the decision-making responsibilities on his shoulders, and it paid off with three championships, part of his glittering ultimate resume that includes several worlds and club titles over the past 10 years. But the pressure of any late-game, high-stall situation he encountered throughout his prolific playing career clearly pales in comparison to the realities of his current life as an internal medical resident on the front lines of the fight against COVID-19.

Although Joye has charted a path towards Ophthalmology—the branch of medicine and surgery dealing with eye disorders—the 32-year-old has about one month left in his required year working the internal medicine portion of his residency.

“Sometimes it does feel like I never leave the hospital,” he told me in April, following a lengthy stretch of night shifts.

At that time, his new home, the county medical center in Portland, Oregon, had avoided the crazy surge of COVID cases that overwhelmed many other hospitals across America. Still, increased intensity across any medical facility is inevitable during these scary and unprecedented times. Amidst the hectic life that’s absorbing his days, Dr. Ashlin Joye still managed to answer my questions about his new normal, along with taking a trip down memory lane to discuss some of his top moments on the ultimate field. The conversation has been edited slightly for clarity. 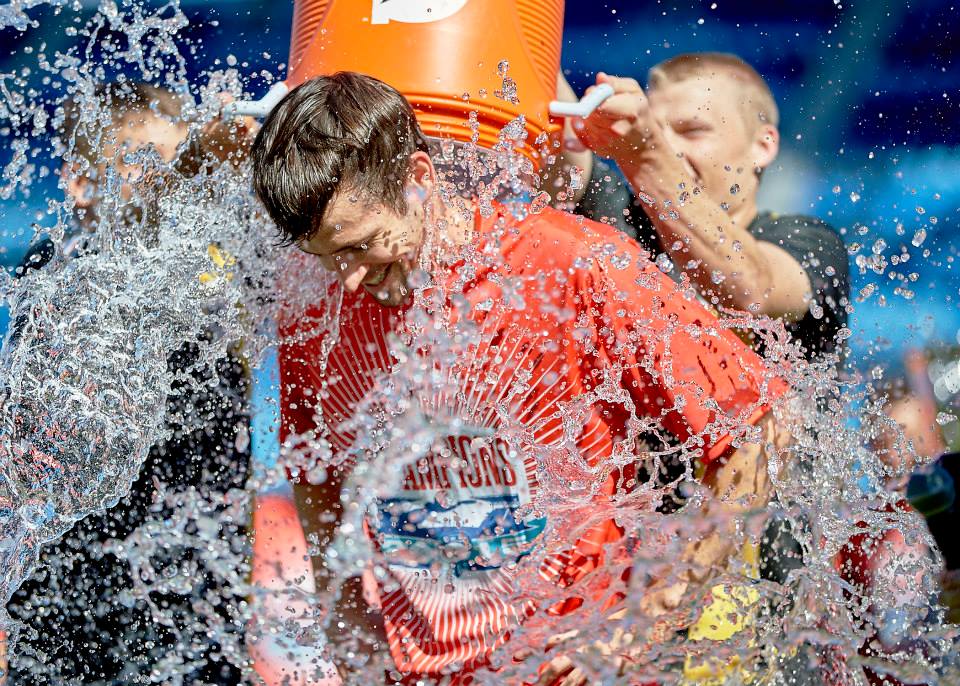 Evan Lepler: What are the biggest changes you’ve had to make to your everyday life amidst the current circumstances?

Ashlin Joye: Honestly, my life outside of the hospital isn't too different. My significant other works from home. We have a dog that we take to the park nearby to get some exercise. I guess the biggest change is that we make our own food more often and eat out less (zero), although we have still been trying to get takeout relatively frequently to support local businesses. I enjoy guilt-free TV watching on my days off.

My medical training looks very different right now. Almost all elective and non-urgent medicine has been suspended for the time-being, so when I am on an outpatient rotation it is a lot of telephone visits, self-study, etc. On the inpatient side, our hospitals have a relatively low census due to avoidance of hospitals in the midst of a pandemic, which means the average patient is generally higher acuity (sicker) irrespective of COVID-19 status. Early on, the impact of the virus was hard to predict, but we all expected to be hit hard at some point (which made the shortage of personal protective equipment at our hospital more concerning). Fortunately, lower population density and early aggressive social distancing have done a great job at flattening the curve in Oregon, so we haven't been hit too hard. The flip side is that the flatter the curve, the longer we will need to continue social distancing.

EL: Shifting to ultimate, what's your current level of involvement in the sport? Do you have continued aspirations to play AUDL or to compete for the National Team again, or do you feel like you've moved on to the next chapter of your life?

AJ: I currently have no involvement in the sport. As much as I'd like to continue playing forever, something has to give. As a medical resident, I don't think I could give both medicine and ultimate the attention they deserve. So, I think I'm on to the next chapter... but nothing is certain.

EL: You won three championships in your three years playing in the league. Curious to hear your brief reflections about each of those teams, starting with the 2014 Spiders. What do you most remember about that squad and your first experience playing in the AUDL?

AJ: The 2014 Spiders were mostly a mish-mash of (at the time) unknown Bay Area vets and college kids that Beau [Kittredge] and I helped recruit. Clearly a few of them have now made a name for themselves. Oh yeah, and there was this Kurt guy. 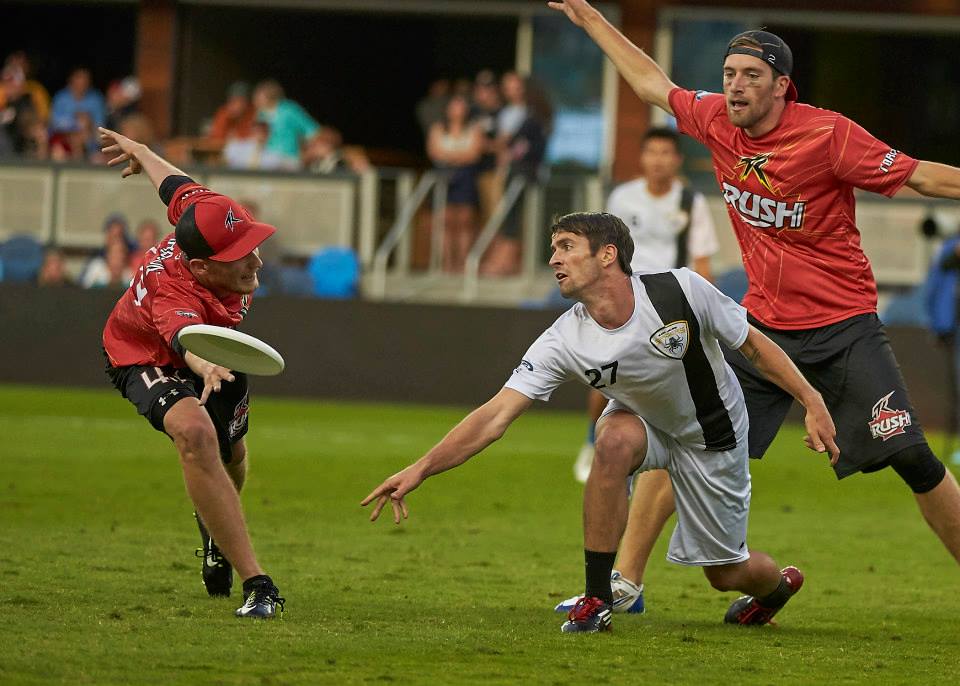 EL: The 2015 San Jose Spiders did not have as strong of a record in the regular season, but still took care of business in the playoffs and I think that was the more complete Spiders team. Would you agree? What are your primary recollections about that team?

AJ: I’d agree 2015 was a more complete all-around team; more chemistry and better talent. I don't remember a particular reason why we struggled during the regular season, although I do remember a few away trips with a very small travel squad.

EL: And you were not on the 2017 FlameThrowers until late in the year when they added you to the roster for the stretch run; clearly, that worked out. Obviously, you had played a ton of ultimate with most of those teammates, but what did you take away from that experience winning another title in Montreal?

AJ: That weekend was incredibly fun and Montreal is an awesome city. I didn't know what to expect going in, but I knew we were not the favorite to win. As usual my job was to help dictate offensive flow and provide a calming presence. Otherwise, I can't take much credit for that championship; most of the preparation/work that went into that championship team happened long before I came on board. Our team was very deep and in the end we outlasted both of our opponents, Madison and Toronto. We avoided getting tested by Dallas; that team was stacked! Thanks, Toronto!

EL: In each of those championship runs, your team beat the Madison Radicals in the semis or the finals, and I'm curious to ask you about going against the Radicals' defense. As an offensive handler, what were the keys to handling their unique brand of pressure, which pretty consistently ranked among the best D in the league?

AJ: I will admit, I never enjoyed playing against the Madison defense. They do a great job of slowing down high-powered offenses, pressuring any advancing disc movement, and flustering even the most experienced players. Also, in my opinion, it just isn't fun ultimate—double teams. Yuck. I think the anxiety they induce with various unpredictable junk/double-team sets encourages impatience, which is what they thrive on. If you try some risky throws in an attempt to quickly break down their defense, and go down early, good luck making any significant comeback with how good they are at slowing down the game. The key—which is easier said than done—is to force re-adjustments using easy horizontal passes/resets, wait for defensive breakdowns, have a Joel Schlachet, and throw lots of no-look passes through the cup. Really insightful, I know. 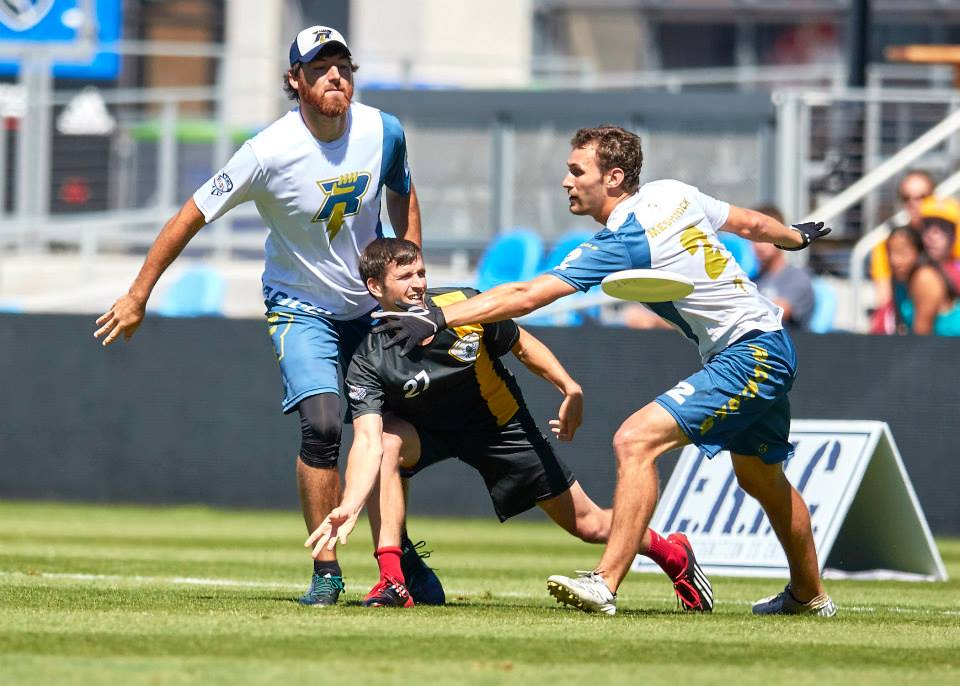 AJ: Finals against Japan at WUGC 2016 in London. International stage, huge crowd, great group of guys, high level play/spirit from both sides, and a challenging win.

EL: Having played with so many other great players throughout your career, can you pick a former teammate and share something that surprised you about the way they prepared or led or competed or handled a certain situation?

AJ: I can't think of anything good. Something Unsurprising is that Beau is just as big of a sore loser whether he loses at ultimate or at board games.

EL: Do your current colleagues in Portland have any knowledge or appreciation about your world class ultimate frisbee career?

AJ: I made it a big part of my residency applications to help me stand out. I'm not sure if it helped. I don't think anyone really understands. I'm ok with that.

EL: What’s one place in the world you've never been that you hope to travel to sometime when we're on the other side of this pandemic?