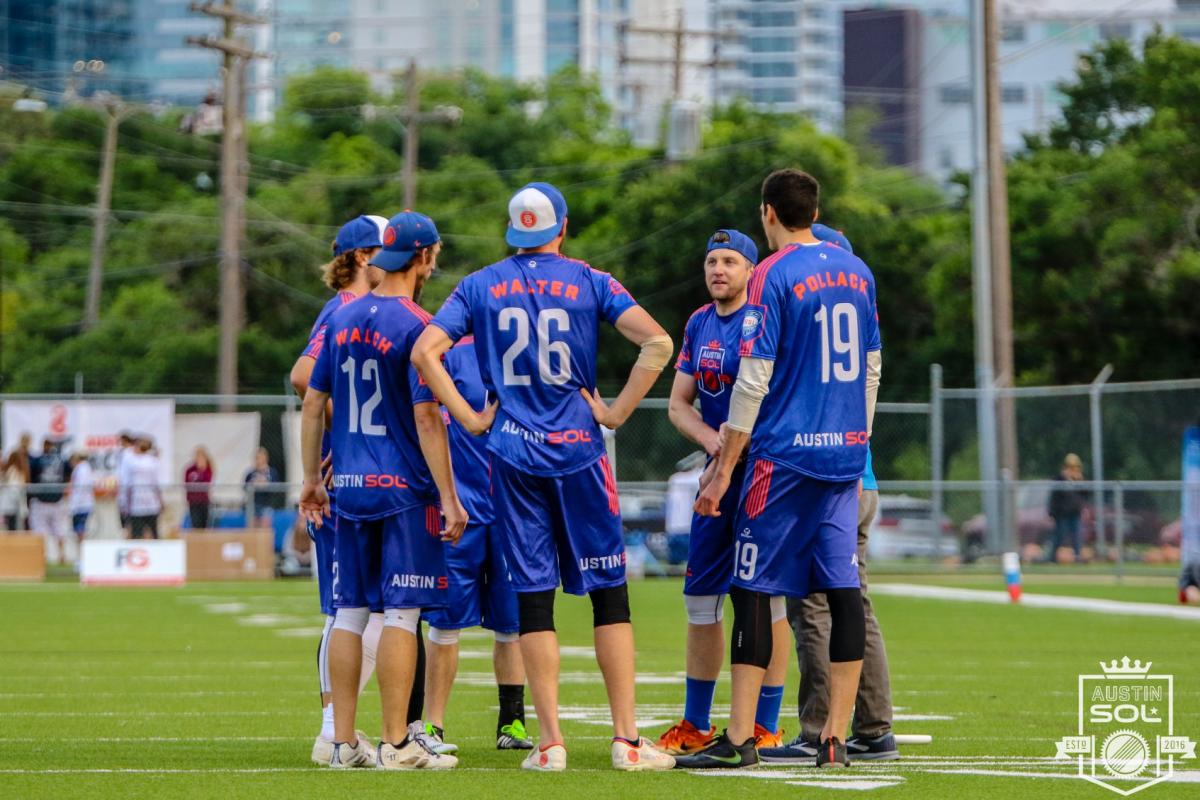 The Austin Sol have named Matt Bennett, Andrew Walch, and Mick Walter as team captains for the 2020 season. The Sol finished fifth in the South Division in 2019 with a 3-9 record; Austin has qualified for the playoffs just once since they joined the AUDL in 2016. The Sol will be relocating to the West Division next season as a part of the league's realignment.

A veteran handler and former AUDL champion, Bennett returns for his third season with the Sol. After an injury shortened 2018 season, Bennett finished second on the team in 2019 with 25 assists in eight games played.

The Sol career leader in goals and points played, Walch has been an interchangeable starter on offense and defense for the franchise since day one. He leads by example, and rarely makes a mistake—Walch has a 96.70 percent career completion rating on over 750 throws.

At 6'6", Walter has been an imposing defender since he stepped on the field for the Sol in 2017. He has 45 blocks in 34 career regular season games, and was leading the league in blocks in 2019 before an injury ended his season. Walter was also nominated as the team's Integrity Award representative in 2019.