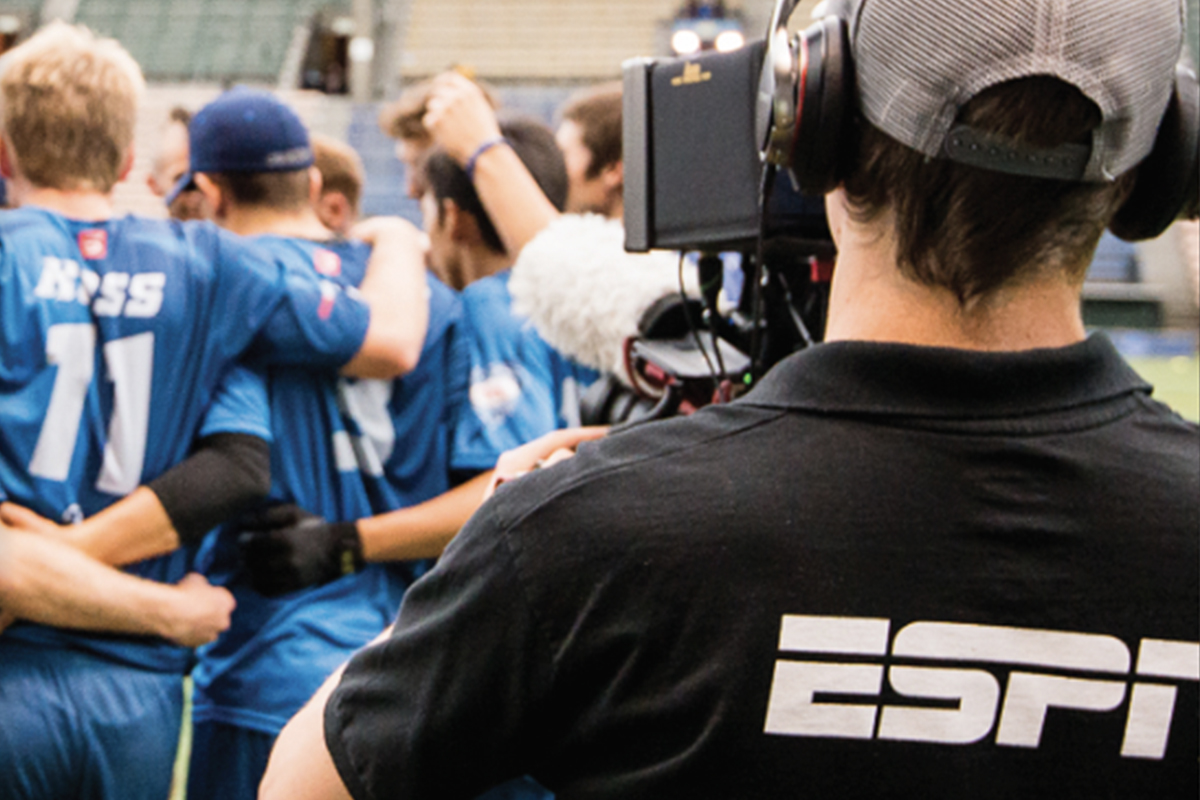 The AUDL proudly announces today the completion of rights agreements with ESPN International and the CBC (Canadian Broadcast Company) for the distribution of the “Ultimate Greatness” series in a number of territories across the globe.

The AUDL is the world’s first and largest professional ultimate disc league. The league has been developing a professional version of this exciting sport for eight years and today has 22 teams competing in the US and Canada.

The sport is played globally by millions of enthusiasts. The AUDL features many of the top ultimate athletes in the world and its content entertains fans around the world who consume millions of minutes of video highlights and top plays each year.

As a response to the delay of the 2020 season, the AUDL developed ​Ultimate Greatness - The AUDL Championship Series. ​This is a compelling 9-episode historical series that combines the non-stop action of the sport with some added narration by the star players who played in the games. It includes remastered footage covering the last four seasons of its annual final-four style Championship Weekend, featuring the most exciting games in league history.

The agreement with ESPN International is for the distribution of the series in Central America, South America, Brazil, The Caribbean, Australia, New Zealand and Pacific Islands. The series will be broadcast on ESPN one or various of the following regional channels: ESPN, ESPN Dos, ESPN Tres, ESPN 2 Brazil, ESPN Extra, ESPN Play and ESPN+. All episodes will be available with both English and Spanish (in Latin America) commentary.

In addition, the AUDL announced the signing of an agreement with CBC, one of the leading broadcasters in Canada, for the simultaneous streaming of the series on their various digital platforms: GEM (OTT), www.CBCsports.ca​, YouTube and the CBC Sports App.

“We are excited to bring the sport of ultimate and the AUDL to new international audiences this summer,” said AUDL Commissioner Steve Hall. “Reaching a wider global audience is a big part of our long-term mission and these new distribution agreements with two world class partners are a great step forward for the league.”

The AUDL expects to announce further media rights agreements in the coming weeks. With the conclusion of these additional agreements the AUDL will be seen in close to 75 territories world-wide.