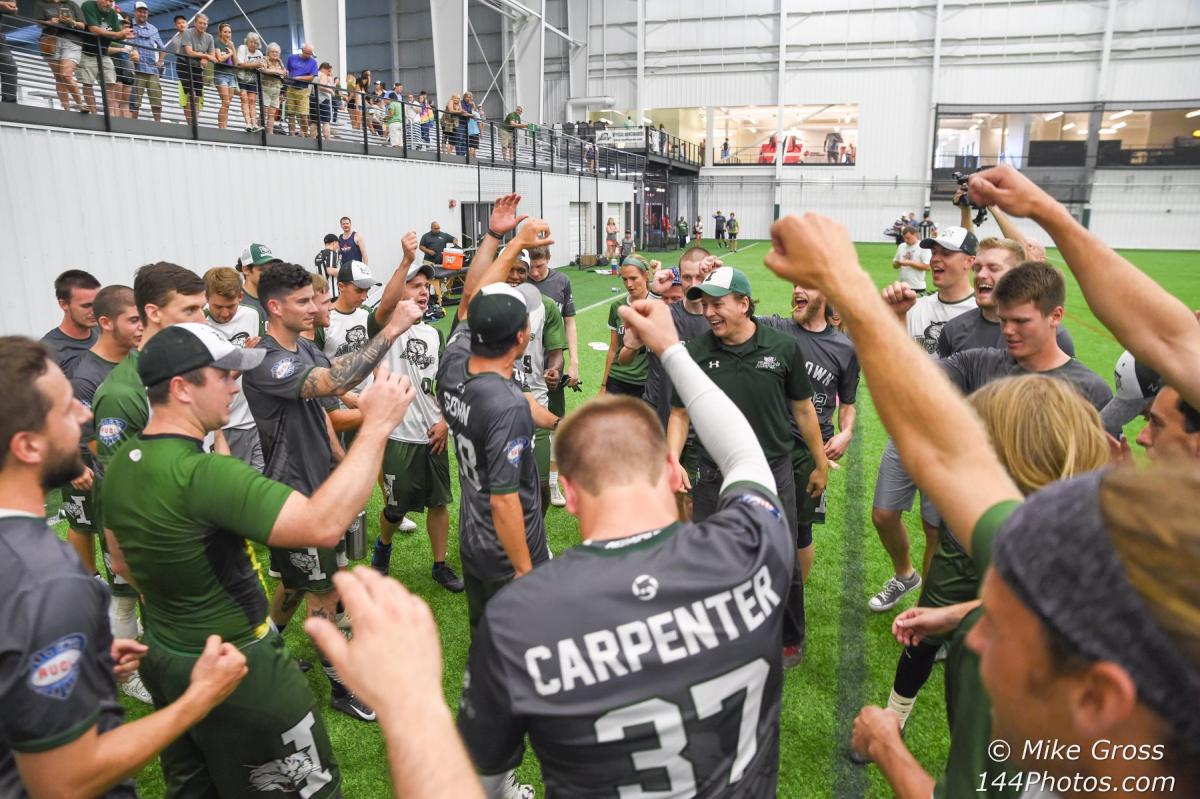 Travis Carpenter ensured that the Indianapolis AlleyCats would achieve their goals in 2018, and followed through on his word.

The first six years of the AlleyCats existence was marked by inconsistency. But vulnerable meetings after three straight seasons of missing the postseason led to a rededication during the 2018 season, and the results were impressive. The AlleyCats finished 11-3 in the regular season, a franchise best, behind the sixth highest scoring offense and the third stingiest defense in the league. They beat the Minnesota Wind Chill in the first round of the playoffs before falling to the Madison Radicals in the 2018 Midwest Division championship game.

“Honestly, at the end of the day, I think the biggest factor was just so much failure,” said Carpenter in reference to Indy’s turnaround. “Three years straight of missing the playoffs and getting destroyed by Madison, and losing so many game.”

“I've had enough,” Carpenter said. “I'm going to do something about this.”

Restructuring the ‘Cats took a variety of steps. The team committed to practicing more regularly and more efficiently. Head Coach Eric Leonard enforced accountability by disciplining players who were late. Most importantly, the team re-evaluated their goals.

“I feel like we not only accomplished a lot of, almost, intangible goals, but the satisfaction you feel in your heart at the end of the season, to finally have that feeling… We directly achieved our results goals,” said Carpenter of the team’s performance in 2018. “Our two main results goals were to beat Madison at some point during the season. And to make it to the playoffs… I have nothing but satisfaction looking back on that season.”

Carpenter was integral to Indianapolis’ change of fortune, but you wouldn’t know it just by looking at the box scores. Hampered by plantar fasciitis that lingered throughout the season, Carpenter tried to rest his feet between games, and his fitness was limited as a result. Still, he found a role that fit perfectly.

“Being able to step back a little bit in terms of my role, not having to be the person that's getting a crazy amount of stats, just being able to look at the whole field and just trust that my teammates are going to do their job, and figure out, what's the next most threatening place I can go,” Carpenter said. 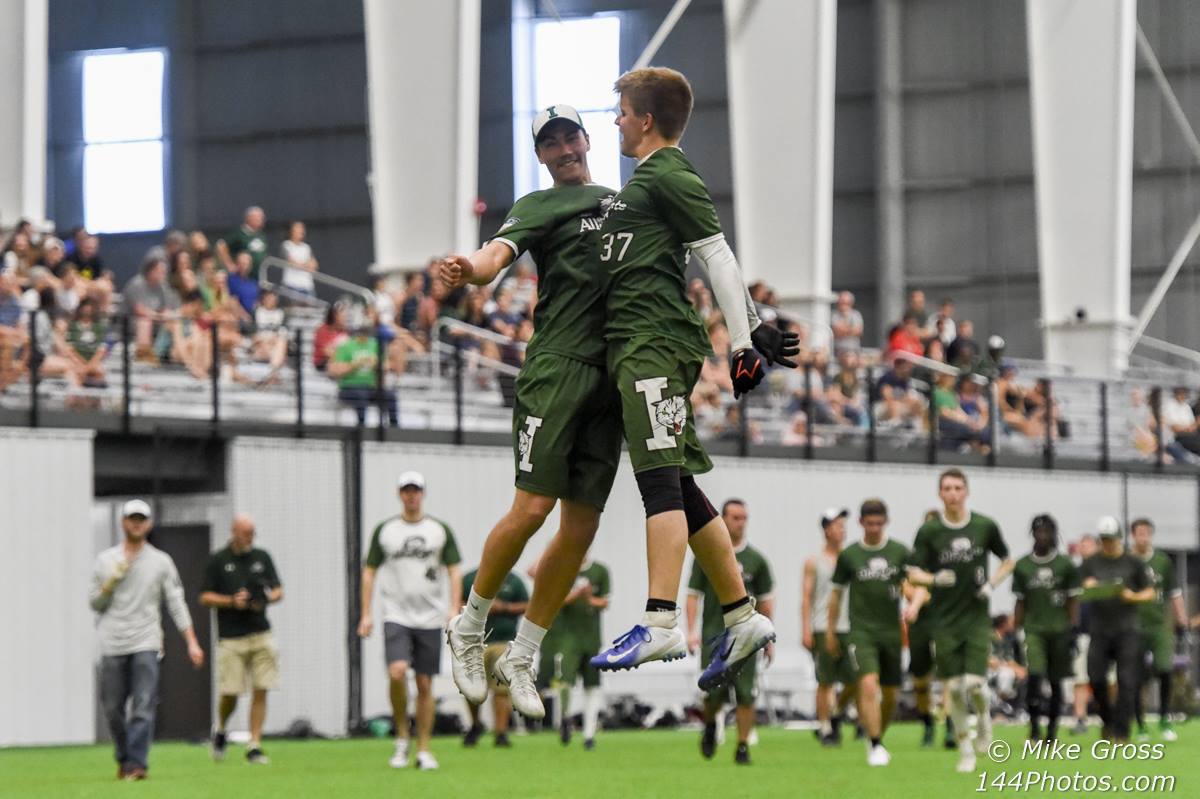 Carpenter could shift his method of attack because the AlleyCats have such a talented offensive core built around the league’s all-time assist and goal leaders in Keenan Plew and Cam Brock. It was Rick Gross, however, who compiled the most impressive stats for the team last season, with 28 assists, 56 goals, and 27 blocks. Gross was named to the First Team All-AUDL, and his playmaking gave Indy’s opponents yet another challenge to worry about. Still, when the AlleyCats needed a play in a key moment, Carpenter was always there. Carpenter performed best against Indy’s rivals, Madison, and in the playoffs against Minnesota.

Against Madison, he bent defenses with his presence on the field. He was far more active with the disc, averaging 48.8 passes per game against Madison in 2018, which dropped to 33.8 in every other game of the season.

“Every time we played them, I could just tell from watching their sidelines and watching them on the line setting up for the point, I could just tell that their team was threatened by me at every point. They were nervous about what I was going to do. That was such a satisfying feeling because I've just been beat down by Madison so many times over the past six or seven years. To finally be able to not only get that win, but just be able to have success against that team, personally, felt really good,” said Carpenter.

In the playoffs against Minnesota, Carpenter quite literally saved the team’s season. Indy led 20-19 with just over a minute remaining, but Minnesota had the disc. Jordan Taylor lofted a pass to Colin Berry in the endzone, and Carpenter found himself chasing the much larger Berry. The AlleyCats’ season depended on Carpenter making the play.

“Sometimes, I know I don't get the opportunity to go up for discs as much as I used to, so sometimes I wonder to myself, do I still got it? Can I still get people?” asked Carpenter. “When [Minnesota] put that disc up, I'm not gonna lie, I was borderline terrified when I looked over my shoulder and saw Colin [Berry] there, realizing that it was gonna be a pretty tough battle going against him. I was honestly pretty nervous that he was gonna sky me for the game-[tying goal]. As soon as that thought came into my head, in the middle of the sprint, it was immediately met with rage. I got angry with myself for thinking that, and then just sprinted as hard as I can, jumped as hard as I could, and it worked.”

2019 could be an even bigger season for the AlleyCats. The core of the team will return. Furthermore, another of Carpenter’s key contributions to the team is on the recruiting side, and he points towards convincing speedy handler Keegan North to join Indianapolis as one of his great successes. Though he can’t confirm details about conversations that are still ongoing, Carpenter is confident that Indy’s 2019 roster will be superior to its 2018 iteration.

Beyond on-paper talent, part of the reason Carpenter believes 2019 will be successful is because of lessons the team learned in 2018 about goals. Carpenter is a big believer in discrete, quantifiable objectives. Carpenter doesn’t base his goals anymore around personal awards or statistical thresholds, and he’s happy letting his teammates earn the glory. 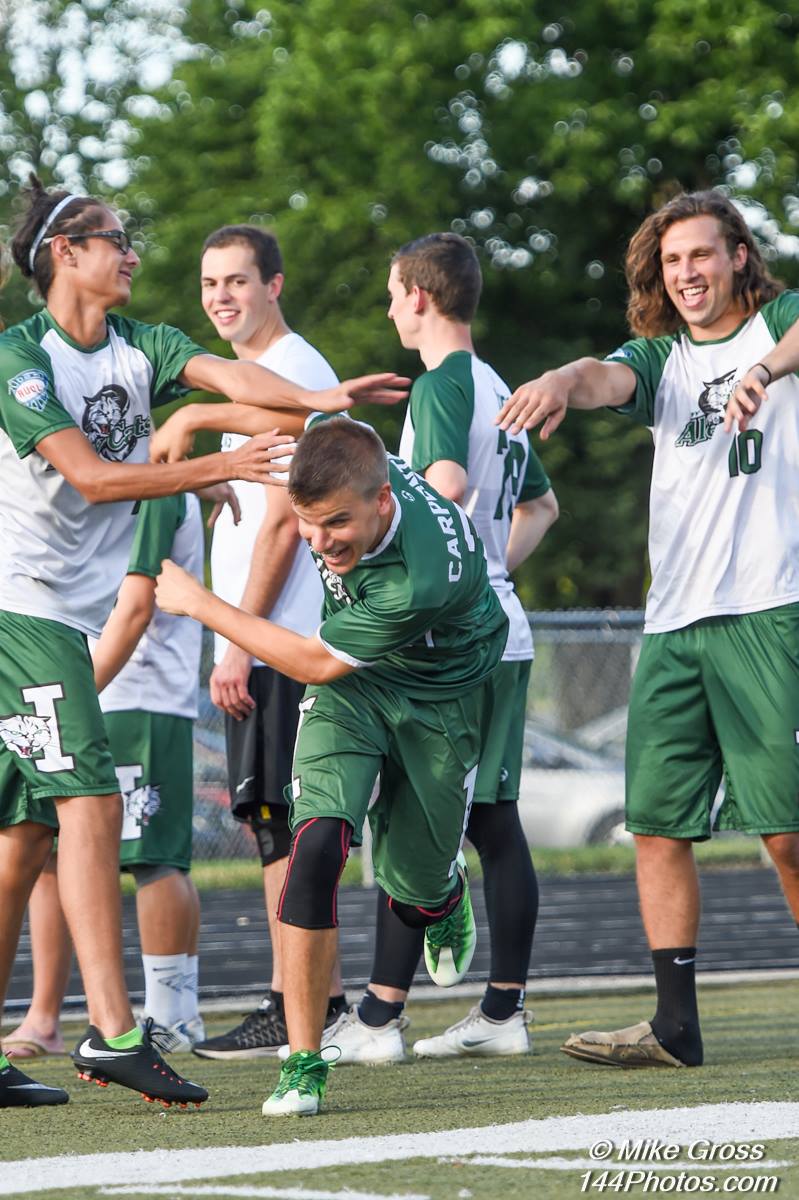 “If it helps my team more for Rick [Gross] to go and sky a bunch of people and get all these goals, and to earn an award, and for me to be the guy to churn out yards and to be a bailout, then that's what I would rather do. I don't want to get caught chasing an award goal, or a stat goal, because I don't want to hurt the team,” he said.

For too long, the AlleyCats set goals that they couldn’t realistically achieve. Every year, they strove to make Championship Weekend and failed. In 2018, they set the more realistic goals of beating Madison once and making the playoffs. Indy achieved those aims. However, the AlleyCats can’t repeat their objectives from last year, so the upcoming season will see them once again set their sights on Championship Weekend.

Whether that ambition is achievable or a pipe dream will depend, in large part, on the play and leadership of Carpenter. He’s a team captain and offensive star. Off the field, he’s a motivator and recruiter.

“I would like to think of myself as an engine for the team,” said Carpenter. “With the way that I hype people up, the stuff I do behind the scenes for the team, the energy and motivation that I pump into other players, and my drive on the field.”