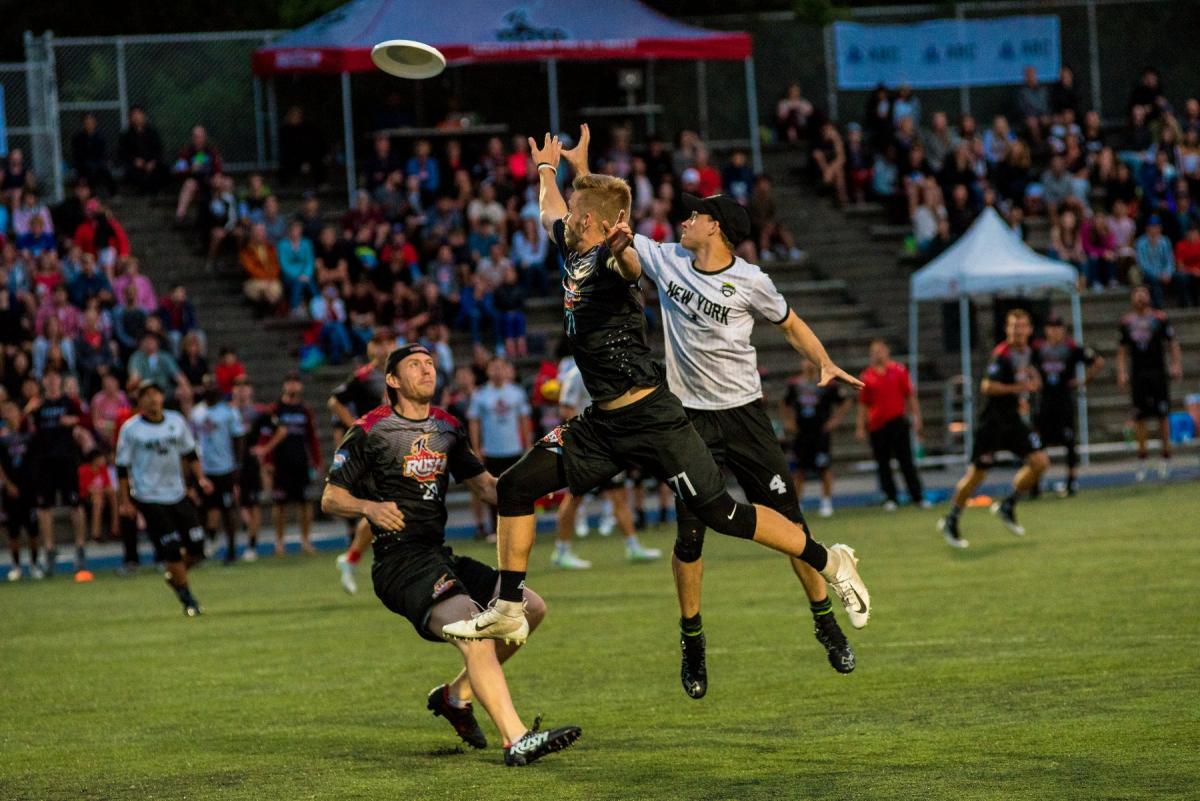 The Toronto Rush’s 2018 regular season went exactly according to plan.

The team was stocked with talent from inside and outside of the city. The traditional Rush core of Andrew Carroll, Cam Harris, Isaiah Masek-Kelly, Thomson McKnight, and others were joined by a variety of imported talent, including Dutch phenom Ben Oort and Vancouver products Hugh Knapp and Ben Burelle; the three imports were some of Toronto’s best downfield receivers in 2018, combining for 67 goals in the regular season. The team dominated the first half of the schedule, winning their first eight games by an average margin of 5.3 goals per game. Toronto finished the regular season 13-1, first place in the East Division, and were a popular pick to win the title in Madison at AUDL Championship Weekend.

Then the East Division championship game happened, and everything came undone. It was clear before the season that the New York Empire would be the Rush’s main competition. That prediction came true when New York upended Toronto’s title hopes in an 18-17 stunner.

New York was leading by one goal with 20 seconds remaining, but Toronto was only a few yards from the endzone. Overtime seemed like a certainty. Connor Armstrong, a sure-handed thrower with 782 career completions to only 31 throwaways, held the disc. But his short backhand flew too far out of Harris’ reach, and the unforced error sealed Toronto’s fate. It was Toronto’s first-ever loss in 18 games against New York.

It was the first time Toronto failed to represent the East Division at Championship Weekend since joining the league in 2013. But several months after the loss, Toronto isn’t overreacting.

“Obviously we had one small, little setback, and unfortunately that came at the worst possible time,” said Rush Head Coach Sachin Raina. 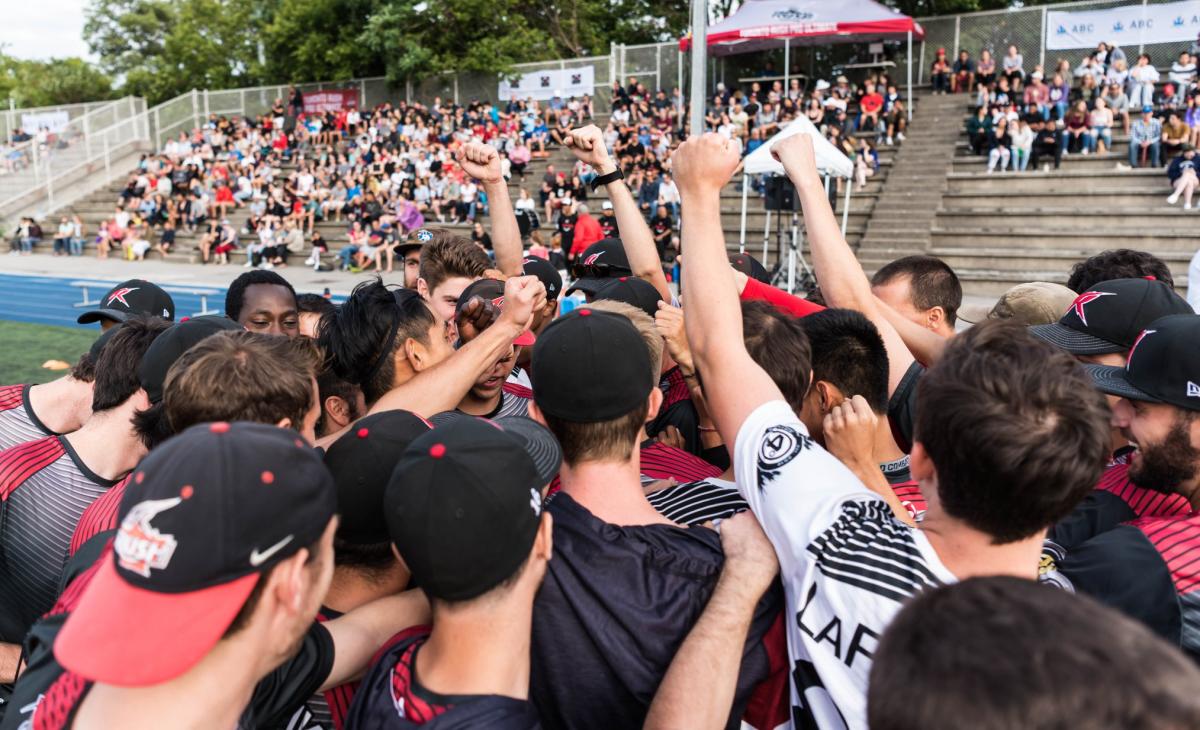 In the quest for redemption in 2019, the Rush view their playoff loss as the result of a number of factors.Raina and numerous Toronto players acknowledged injuries, burnout, and specific tactical mistakes as contributing factors.

Several Rush players were held out from, or limited within, the New York game because of injuries. It hampered the Rush, but it’s the simplest problem to address going forward. Toronto works to prevent player injuries with individual workout plans crafted by trainer Mike Haddock.

Toronto players also frequently mentioned burnout as another problem. In fact, some quotes from Rush players before the matchup about Toronto’s tiring history of dominance gave the Empire extra motivation to win.

“There was no doubt how much the game meant to us, and I’m not sure you could say the same about them,” New York’s Ryan Drost told Evan Lepler after his team’s dramatic win.

To address the burnout issue, Toronto has pushed back its practice schedule this year. In the past, they started on-field work in February. This year, they’re prioritizing the weight room until late March, relying on the team’s numerous years of experience and trust to provide the chemistry. 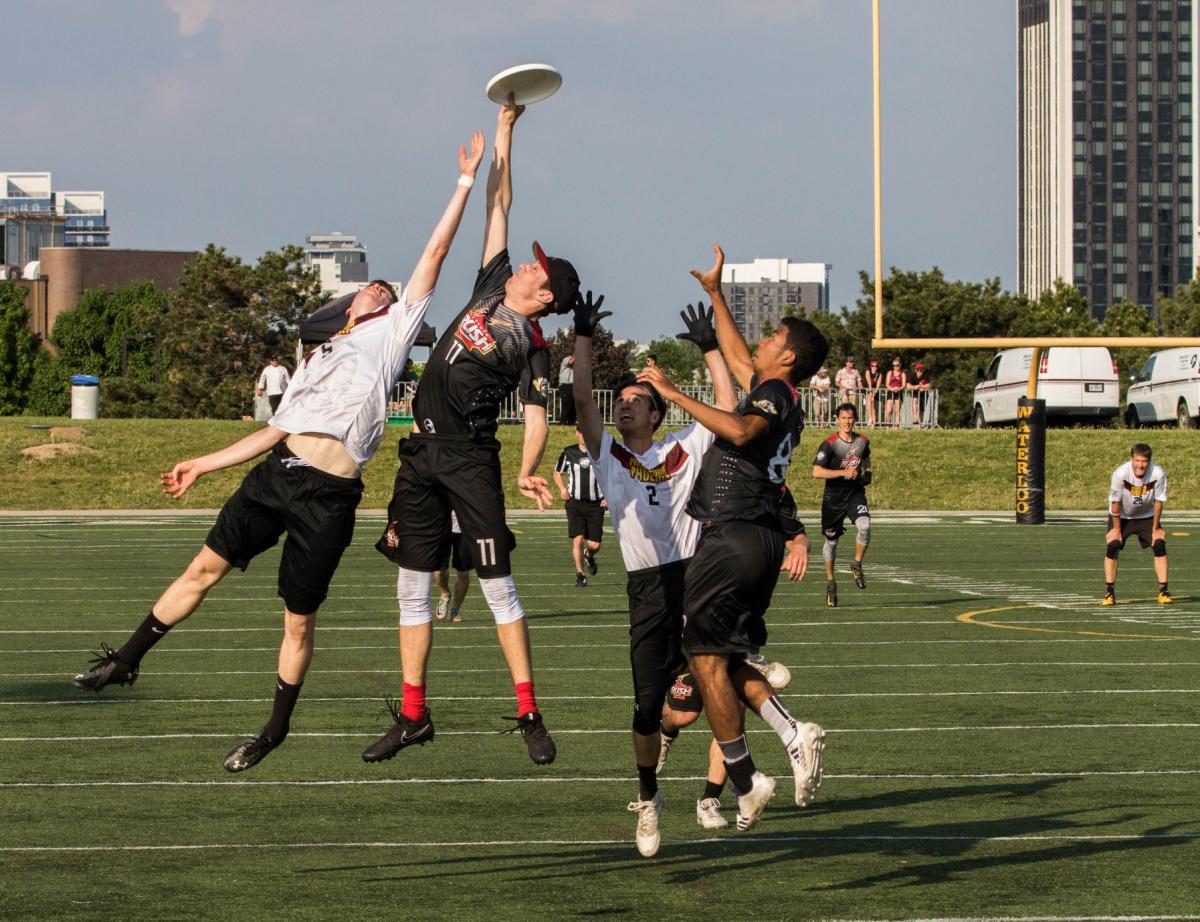 “In years past, we've started maybe a little too early in practice, which has taken away from our gym time, and people have gotten hurt more,” said Toronto defender Iain Mackenzie. “[This offseason] we're trying to limit the actual ultimate but really attack the gym harder than years past.”

Toronto is doing even more to evolve their play on the field.

“If you asked everyone on our O-Line what our system is, you'd get seven different answers,” said McKnight. “Last year, our success came because we were talented. You saw at the end of the year, when a team pressured us, we didn't have a backbone to fall onto. What we will do is put into play, something we call the guidelines…but we like that we're a bit freeform. And we have the ability to go off script a bit. But we want to have something a little more concrete.”

Toronto’s offense worked to create isolations and mismatches in downfield space. Scores came easily when Toronto boasted athletic advantages across multiple positions, but New York’s defense can keep pace. Having more scripted roles, and more movement across the field, could allow Toronto extra breathing space away from the disc.

“From the offensive side, we could be stagnant quite a bit of the time watching one person cut as opposed to flowing more as a team,” said Carroll, agreeing with McKnight’s observation.

Along with more specific roles and actions on the field, Toronto will communicate successes and failures more explicitly. 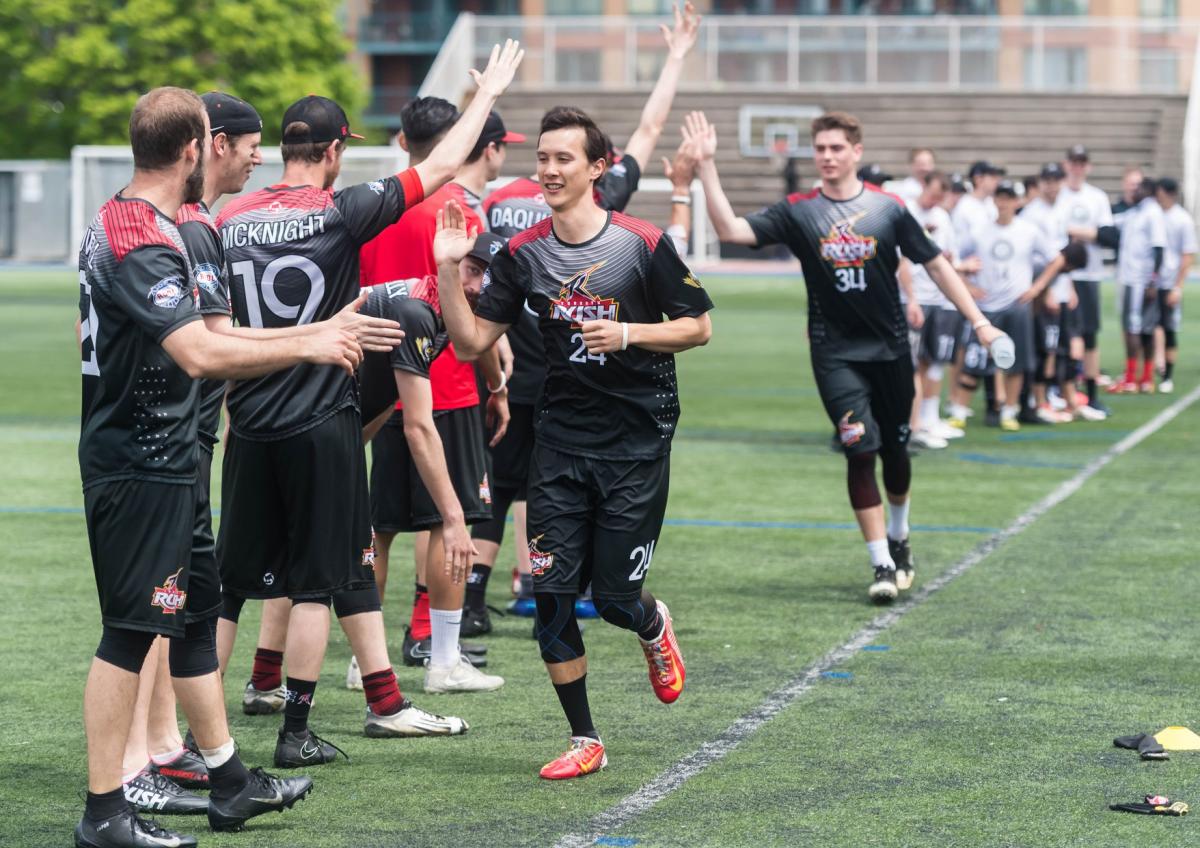 The key is slight shifts, rather than major overhauls. The Rush are a model franchise, going 86-12 all-time in the regular season and playoffs, making them the winningest club in AUDL history. Their results speak to years of sustained success. Toronto wants to build on that while addressing issues exposed by New York.

On the other hand, Rush players are quick to credit the Empire for the win, mentioning that New York played a fantastic game to beat Toronto. In fact, New York is only getting better. In addition to their solid core, the Empire have added superstars Jack Williams and Grant Lindsley. New York is now the favorite in the East, as pointed out by Adam Ruffner in his preseason power rankings. Does that bother the Rush, who are 17-1 all-time against New York and have won the regular season divisional crown six years in a row?

“I wouldn't say I find it frustrating,” said Carroll. “I wouldn't put too much stock into early season rankings. On paper, they probably are the favorite. That's not gonna change how we play.”

“On paper, most people are saying that they're the team to beat,” said Raina. “If that's the case, so be it. I think people were probably saying that about us last year, and we saw how that went. For us, it doesn't really matter a whole lot.”

Toronto is not bothered by their underdog status. In fact, some players embrace it. 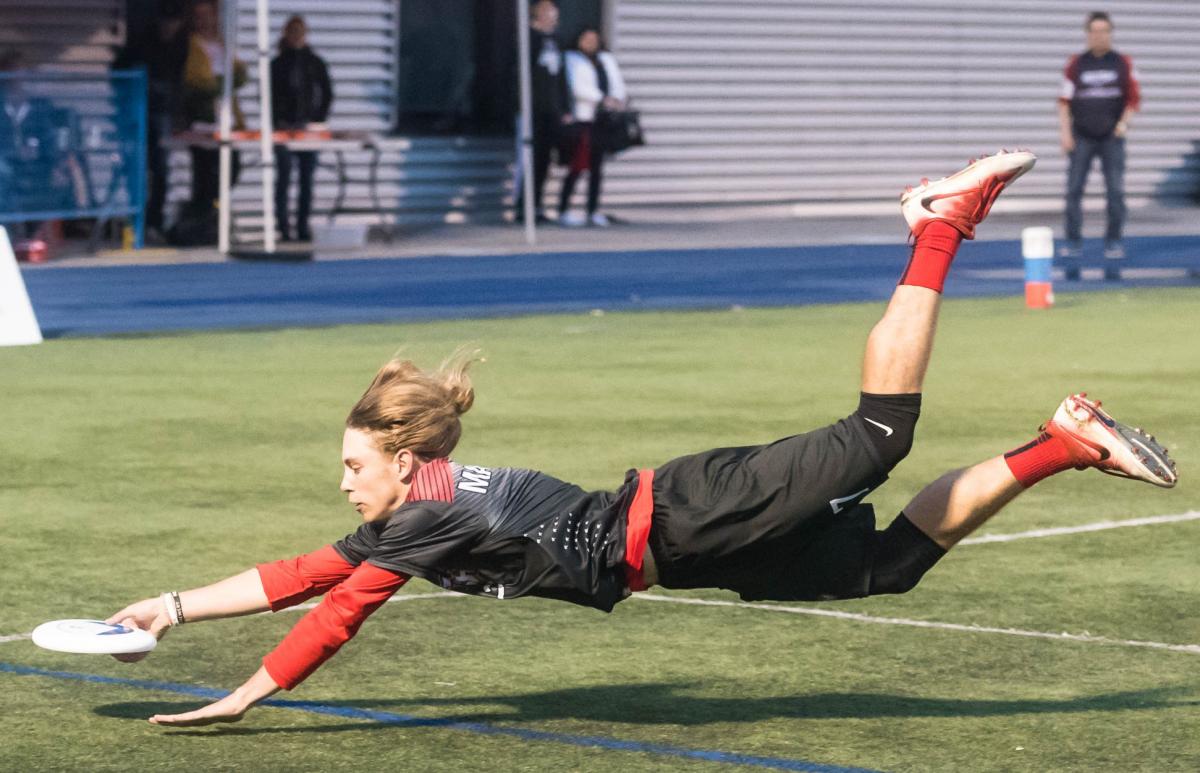 “If we are the underdogs, then we have to upset a team,” said McKnight. “Sort of like we did in the 2017 AUDL Championship Weekend, when we were going up against Dallas, and nobody gave us any chances. Then we just surprised them.”

Toronto is used to being the underdog at Championship Weekend, but being an underdog in their own division is new. As the Rush work to improve, the team is embracing its status entering 2019. The Rush are losing talents like Knapp, Burelle, and Mark Lloyd. Their rival, who finally triumphed over Toronto last year, is adding multiple all-star talents. Paradoxically, this constitutes more opportunity than obstacle for Toronto. With the ultimate world counting them out, and their opponents talented and confident, the Rush are exactly where they want to be. They play host to the Empire on May 18. For the Rush, that date cannot come soon enough.