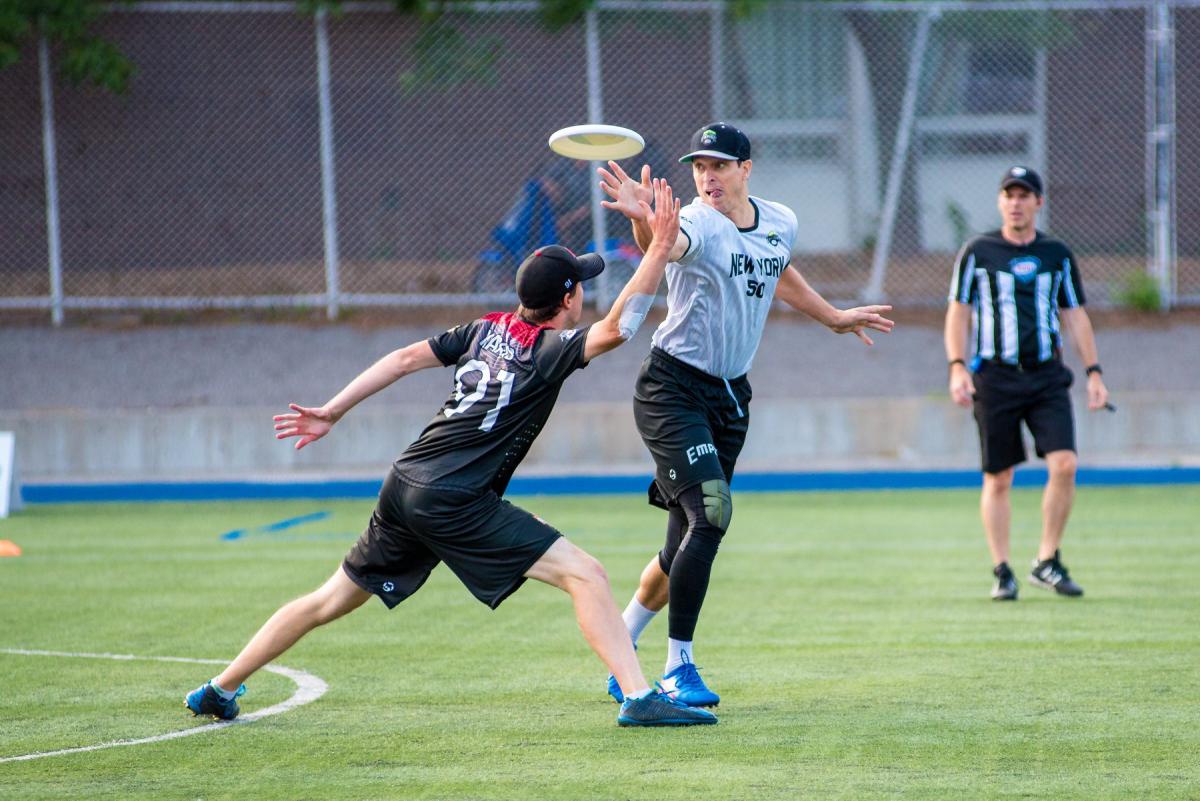 The Toronto Rush (3-0) and New York Empire (4-0) are the last two undefeated teams in the AUDL. Only one will be unblemished after tomorrow night's gigantic Game Of The Week matchup. Toronto and New York will play for the first time since the Empire felled the Rush in the 2018 East Division Championship game. Even as both teams have had one eye on the rematch, they were both tested last week in two games that came down to the final buzzer.

The Rush had history on the line against the Ottawa Outlaws, a team that had never beaten Toronto. New York beat Toronto for the first time in last year’s playoff upset. Ottawa was trying to follow in their footsteps last weekend, as Alec Arsenault was unstoppable cutting deep. He exploded for 10 goals. Late in the game, Toronto cleverly used a handler defender, Bretton Tan, on Arsenault.

Tan responded with a leaping block against Arsenault, allowing Toronto to tie the game 23-23 with only a few minutes remaining.

“Coming back down on D, I was like, ‘if we're going to win this game, I'm going to have to block Alec under, somehow,’” said Tan. “Lo and behold, [that happened] the very first throw that comes up.”

Due to Tan’s heroics, Toronto broke again. The teams traded goals, giving Toronto the disc with a tie game and 30 seconds remaining. The handlers passed back and forth in the endzone for what seemed like eternity. Then Andrew Carroll finally found Akifumi Muraoka in the middle of the field, and Muraoka lobbed the disc to Cam Harris in the endzone. Despite Arsenault on his back, Harris brought it down for the win.

“[Alec] is a human highlight reel, and I just didn't want to end up on it,” said Harris.

The Empire’s week six win was somehow even closer than Toronto’s. With the Empire and DC Breeze tied 25-25 in sudden death double overtime, the Breeze actually gained possession of the disc in their own endzone. But reigning MVP Rowan McDonnell called a timeout that the team didn’t possess, which gave the Empire the disc on their own endzone line. They converted easily, setting up the fairy tale rematch between the league’s last undefeated teams in Toronto and New York. 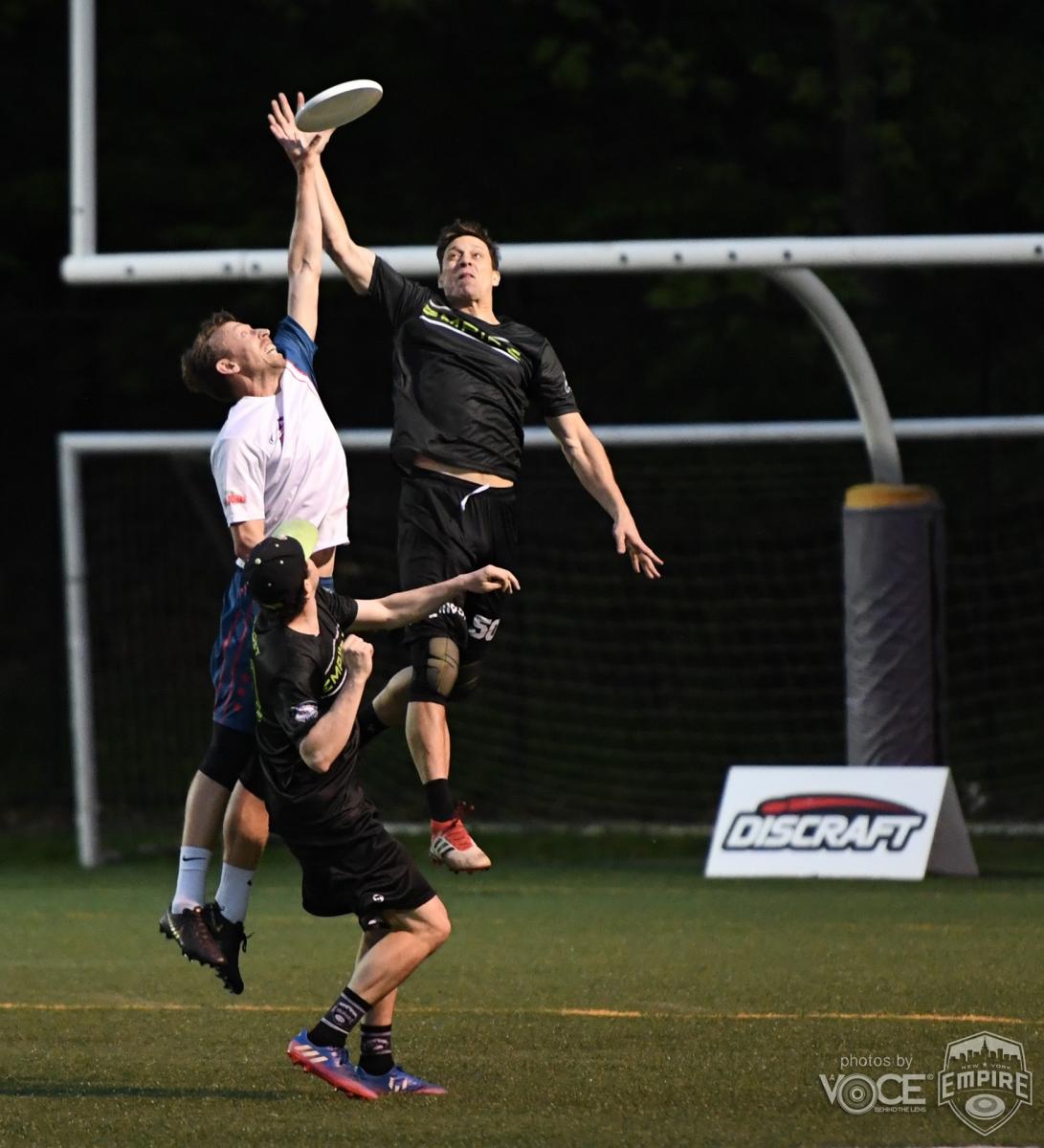 “Guys have really had any games against New York circled on their calendar,” said Carroll.

The Empire have been bolstered by new additions Grant Lindsley and Jack Williams, who have combined for 23 assists and 14 goals. They’re both incredibly experienced, with Lindsley having won an AUDL championship in 2013, and Williams having played in six career playoff games, all with the Raleigh Flyers. The Rush, on the other hand, find themselves reinforced by two rookies with one career game played apiece.

Luc Comire and Wilkie Lewis started in place of Connor Armstrong and Geoff Powell against Ottawa last week. In both of their first games, they were brilliant. Comire completed all 37 of his throws, including three assists. Lewis caught two goals and didn’t commit a turnover. The Toronto talent pipeline just keeps flowing. Even the newcomers, however, have been looking forward to the rematch against the Empire.

“They want it so bad, all the guys returning,” said Comire. “The new guys want it to, but we don't understand how much the returners want it, so we're trying to get on their level.” 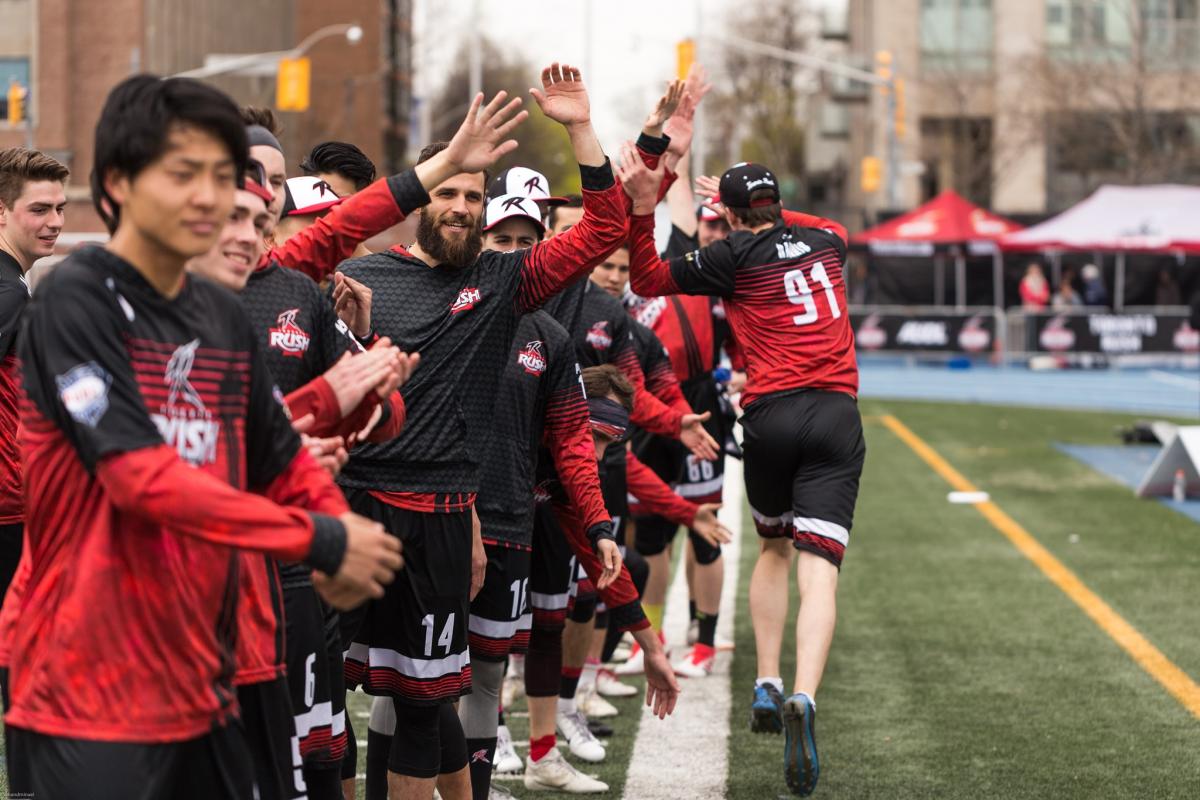 All the newcomers on both teams, including Comire, Lewis, Williams, and Lindsley, will soon find out the intensity of the Toronto-New York rivalry.

“We want it as bad as ever,” said Tan. “That's going to be one of the most fun games to play. That's why you play, that's why you compete, to compete against teams who are better than you... It's the only matchup we get before playoffs, so it's going to be quite the show.”

2. San Jose's Season On The Line

The San Jose Spiders looked like potential championship contenders before the season began in adding Antoine Davis, Marcelo Sanchez, and Lior Givol. The three combined for 104 assists and 120 goals in 2018.  However, the start of San Jose’s season has been disappointing, with the Spiders struggling to a 2-5 record.

There have been positive signs that the Spiders are improving. Dan Silverstein took over as the Spiders’ new head coach. His personal coaching philosophy is to improve the team while leaving the spotlight for his players. 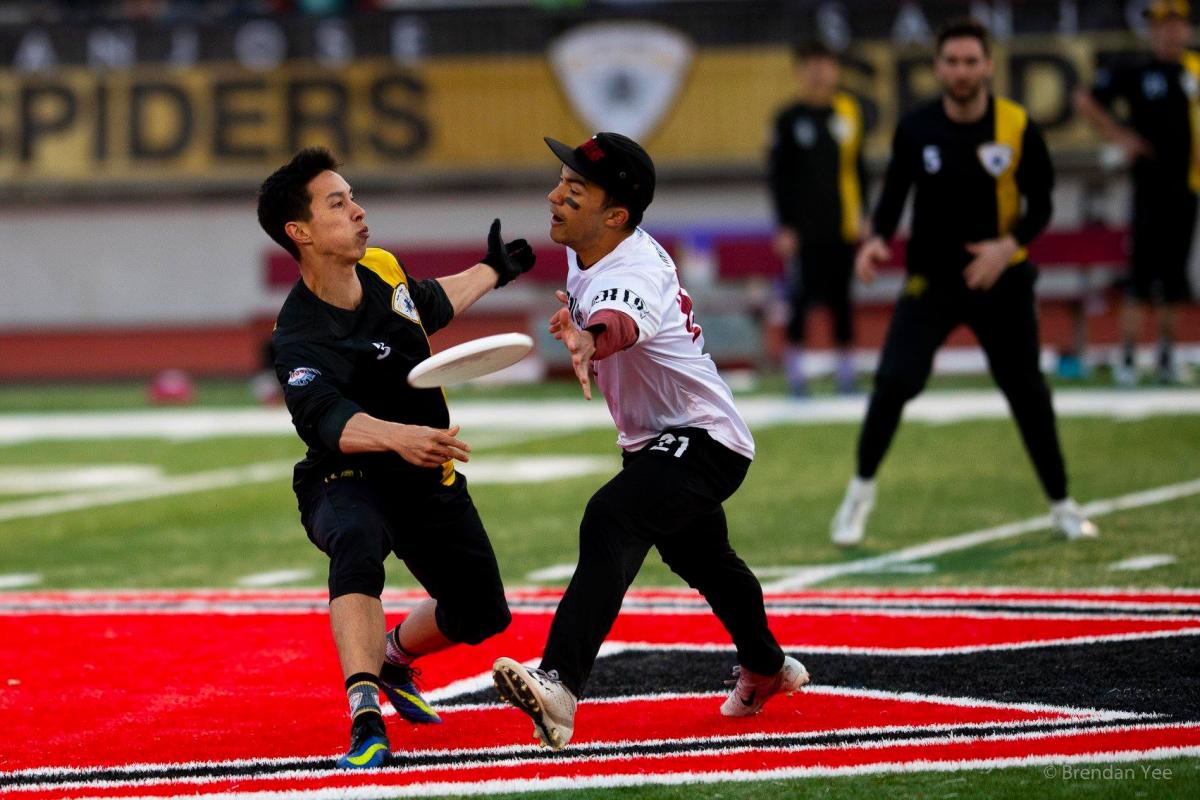 “I'm going to try to be the least intrusive possible,” said Silverstein. “I'm not looking to make my mark or have people talk about me or what I'm doing. I'm going to try to make things as simple as possible so that people can go out there and play… In terms of how I'd like to be seen, is not at all. I'd like to blend into the background so that people just see the players playing well.”

He simplified the offense, trying to create more space for his stars. That’s where he targeted potential team-wide improvement.

“Looking backwards, I think anyone that has watched the film was able to see that our offense has struggled,” said Silverstein. “Just our low offensive conversation rate has really pretty much been the bane of our team's ability to win.”

The Spiders will have their newfound momentum tested this upcoming week, as they travel to San Diego on Friday and Los Angeles on Saturday to take on the two division leaders. San Jose isn’t focussing on their opponents, however.

“It's a real internal focus,” said Silverstein. “The focus is internal in the sense that we still have some things to work out with our offense, and of course we're looking to improve our defense. We know that there's [six] games left. In order to win as many of those as possible, we have to get a lot better as a team. Our opponents don't really matter in that regard.”

Even the improved Spiders have almost no margin for error at this point. To make the playoffs, they may need to sweep this road trip to keep the Los Angeles Aviators (4-2) and San Diego Growlers (5-1) within striking distance.

“As Jim Mora once said, 'playoffs? We're just trying to win a game here.'” quoted Silverstein. “We're definitely not looking forward. This is one game at a time. I'm cognizant of the fact that eventually there's going to be a point of no return, and if we lose one or two more, we've probably passed that… But if we get better, and people are feeling good about what they're doing, then I'll feel good about what I did.”