The New York Empire topped the DC Breeze 21-18 on April 13. Though the Empire won, their offense was broken five times, three breaks coming consecutively to end the third quarter. Reigning MVP Rowan McDonnell was on the field for all three defensive points, collecting a goal and an assist. His presence as a catalyst on the D-Line could help swing the rematch towards the Breeze. DC has to be aggressive when McDonnell moonlights on defense.

“I think the mindset does shift a little bit [when I’m playing with the defense],” said McDonnell. “I definitely will look to huck, especially when we have some of our big deep cutters that are just great in the air."

New York’s most athletic cutters, like Ben Jagt and Jack Williams, are used to being backed by defenders, forcing them to cut towards the disc for shorter gains. McDonnell and others Breeze defenders, like rookie AJ Merriman, are athletic enough to compete with anyone in the air. The Breeze could choose instead to play underneath New York’s cutters, forcing them deep.

“A few of their turns were on deep shots,” explained McDonnell. “Maybe we force them away, and even though [Williams] and [Jagt] and [Grant Lindsley] are all exceptional deep cutters, in the AUDL, it's a big field, so the frisbee's gonna float up.”

Forcing New York deep would be a risk, but against teams as talented and athletic as the Empire, dialing up the risk factor is one way to even the odds. Also a bonus for the Breeze, McDonnell is only now working his way into game shape. He admitted to losing his legs midway through the first game. 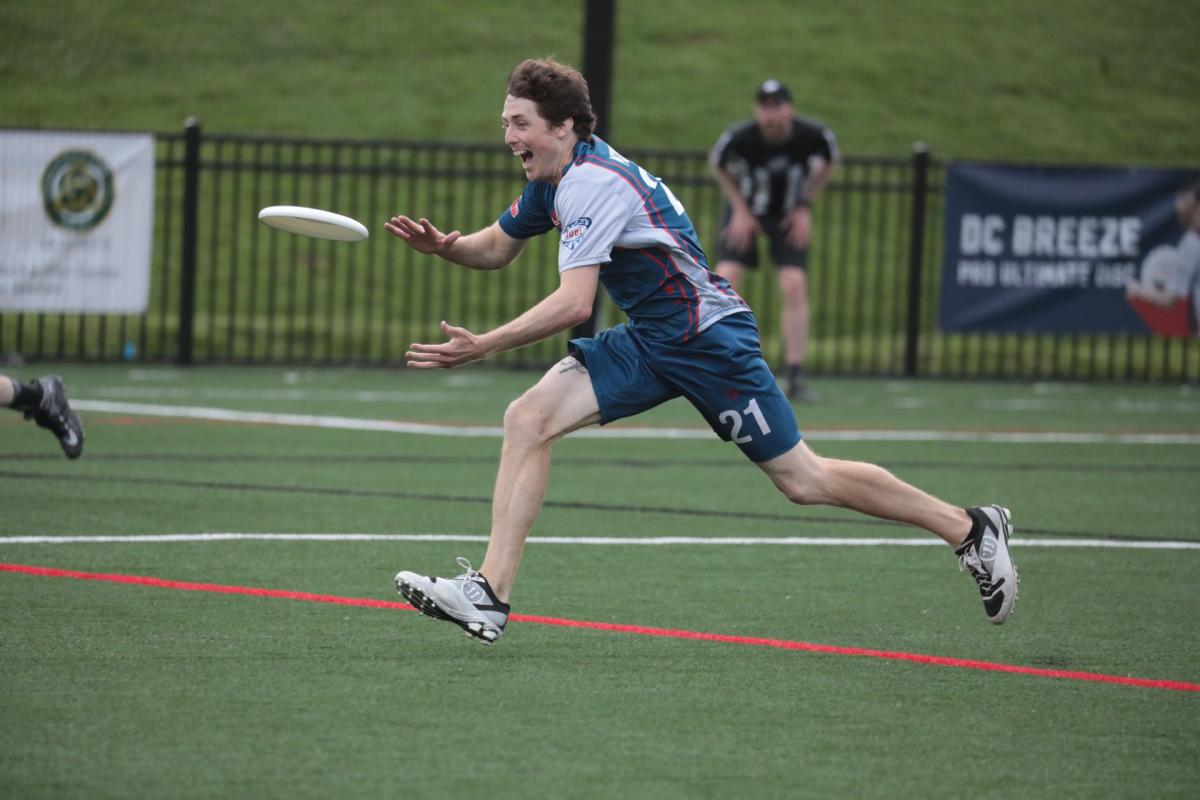 “I'm still out of shape. I'm working myself back in it. I'm not where I want to be,” said McDonnell.

Through three games, his 13 assists and 12 goals are right in line with his per game averages from his 2018 MVP season, so McDonnell still having room to improve is a frightening concept.

Five weeks into the season, the AUDL has a surprising goal leader. Jay Boychuk stands atop the league with 24 goals through five weeks. Boychuk’s 13 assists are just outside of the top ten as well, and he has 143 completions to boot. Just over a month into the 2019 season, he’s already topped his career highs in all three categories. 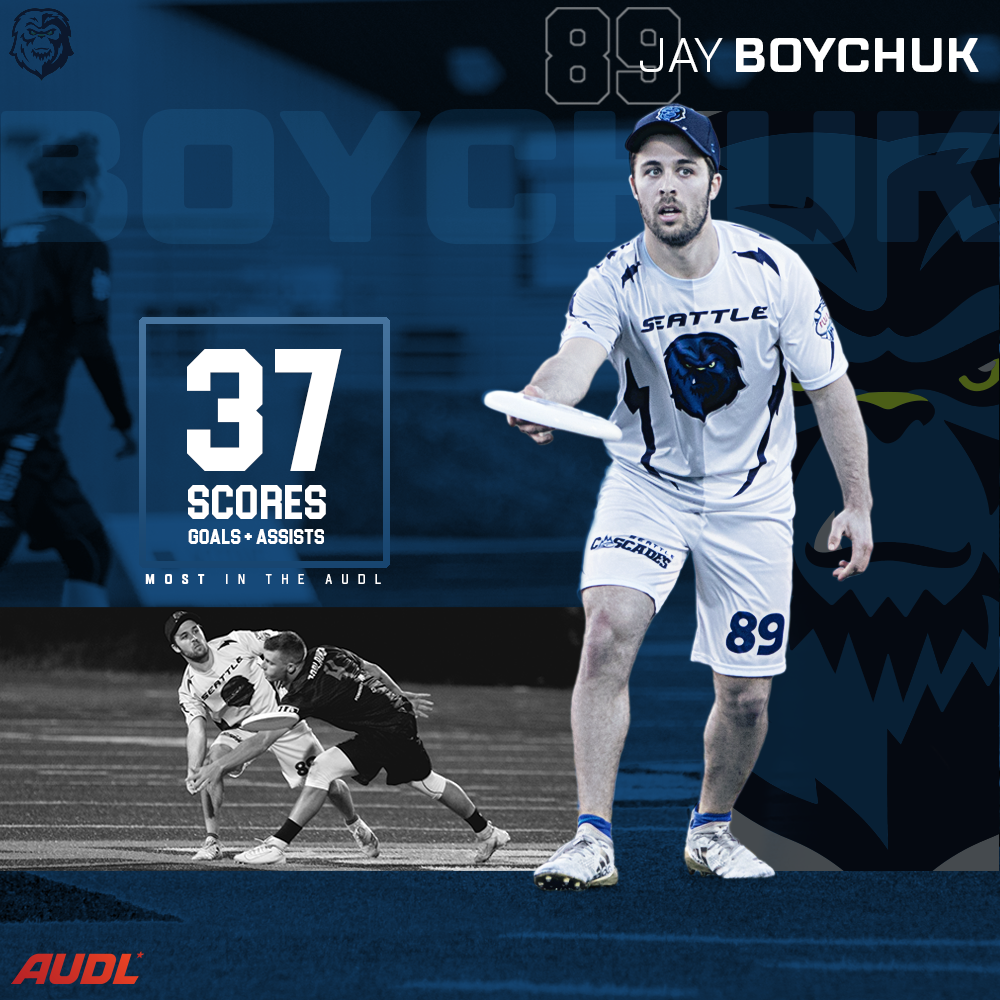 Boychuk was a former Toronto Rush cutter who is blossoming in his first year with the Seattle Cascades. Standing only 5’8”, Boychuk has dominated in tight spaces. He attributes his success this season to newfound opportunity in Seattle.

“I think the biggest thing that changed for me is having a more established role... I know what I'm supposed to do for this team, and I can focus all my efforts on that,” said Boychuk. “With Toronto, I was more of a role player where I had less overall responsibility. Now I have a bit more responsibility. I'm doing a little more in the backfield, touching the disc a bit more, playing as a handler a bit more.”

His game is readymade for the endzone.

“I typically go with more quick cuts, lateral movement, moving back and forth, and that's kind of what the endzone is about,” said Boychuk. “I like to step up and do my part near the endzone.”

Boychuk has played in more offensive points than any of the other goal leaders, which Boychuk readily admits. But his leading the AUDL in goals is due to more than opportunity. His game has taken the next step.

Boychuk and the Cascades will face the reeling San Jose Spiders this upcoming week. The Spiders recently promoted Dan Silverstein from assistant to Head Coach in search of success. Both the Spiders and Cascades are 1-4, but the Cascades are coming off of last week’s dominant 25-21 victory over the previously undefeated San Diego Growlers, while the Spiders are on a four-game losing streak. Both still have eyes on the West Division crown, but they’re trending in opposite directions coming into this matchup.

3. Nathan Hirst Back In Big Way For Rush

Speaking of newfound opportunity, Nathan Hirst is thriving in Toronto this season. He’s first on the Rush in assists, with eight, and second in goals, with five. With Boychuk—and other cutters like Ben Burelle and Ben Oort—no longer in Toronto, Hirst found his role greatly increased coming into the 2019 season. 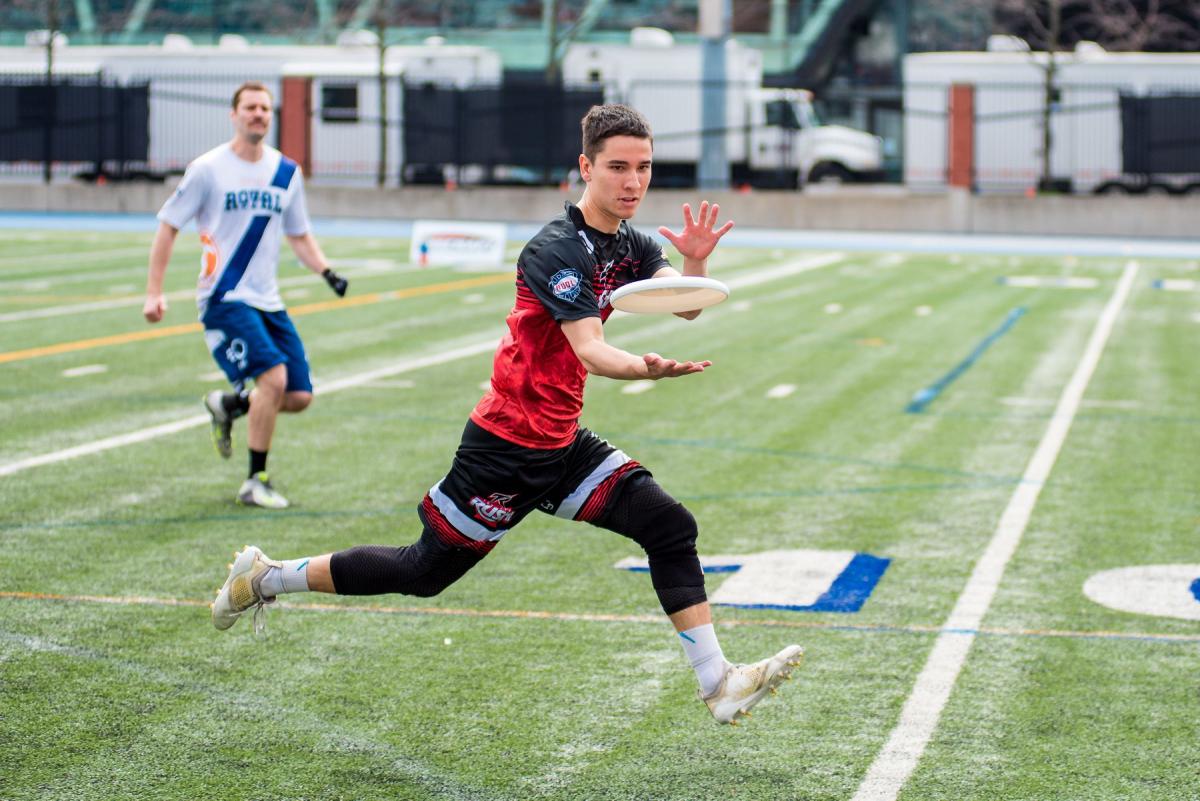 “I think when I came onto the team in my rookie year [in 2015], I was kind of slotted in pretty much as just a reset handler,” said Hirst. “More a specialist around the endzone. Cutting downfield is something that I actually enjoy more than handling. [This season,] I've had the chance to be a bit more of a hybrid, a bit more all over the field, as opposed to just dumping and swinging. That's where I think a lot of the production is coming from, is that I'm allowed to stretch the field a lot more than I have in the past.”

He was especially dominant against the Montreal Royal last week, as Hirst repeatedly raced past defenders cutting deep along the sidelines. He finished with a team-high four goals, tied with rookie Akifumi Muraoka. Muraoka and Hirst especially have looked for each other on the offense, with Hirst notching assists on four of Muraoka’s six totals goals. 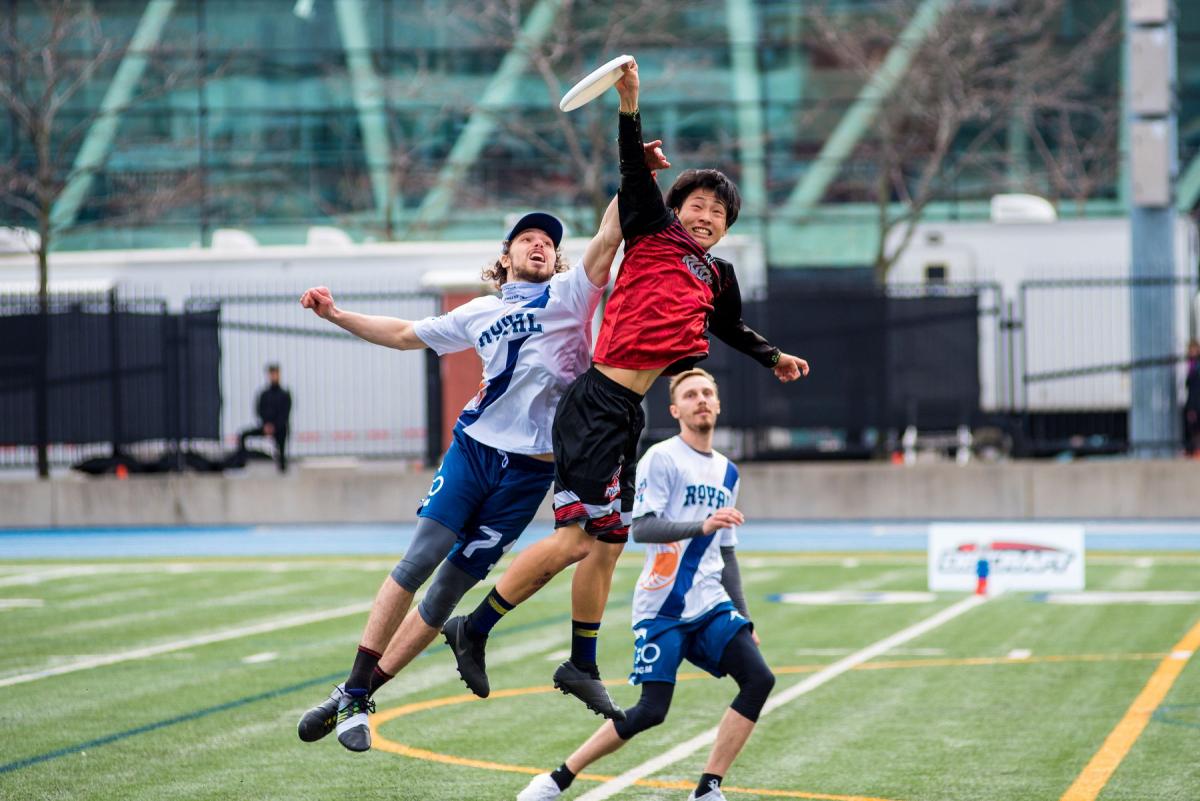 “I've always loved Japanese ultimate, just the style that they have,” said Hirst. “For me, I love being able to play with a guy that thinks that way. Me and Akifumi talk all the time on the sideline and at practice about what we're going to do. Already, we have a really good connection.”

The Indianapolis AlleyCats are 3-1, entering one of the most important stretches of their season. Their wins have come over teams they are supposed to beat, in the Detroit Mechanix and Pittsburgh Thunderbirds. But the next four weeks will determine the AlleyCats’ season to a large extent.

The AlleyCats start with an interdivisional game against the Atlanta Hustle this week. The ‘Cats will spend plenty of time this week preparing by watching film, as they aren’t used to opponents like the Hustle.

“They are very short, and very, very fast and quick. That's something that we're not particularly used to. There's not any team in our division that's known for that,” said Indianapolis’ Travis Carpenter. “For someone like me, I'm six foot, and I usually guard midsize to larger people, so...it's pretty tough for me to guard someone like Matt Smith.”

The ‘Cats will follow that game with upcoming contests against the best of the Midwest in the 2-2 Minnesota Wind Chill, 2-0 Chicago Wildfire, and 2-0 Madison Radicals. 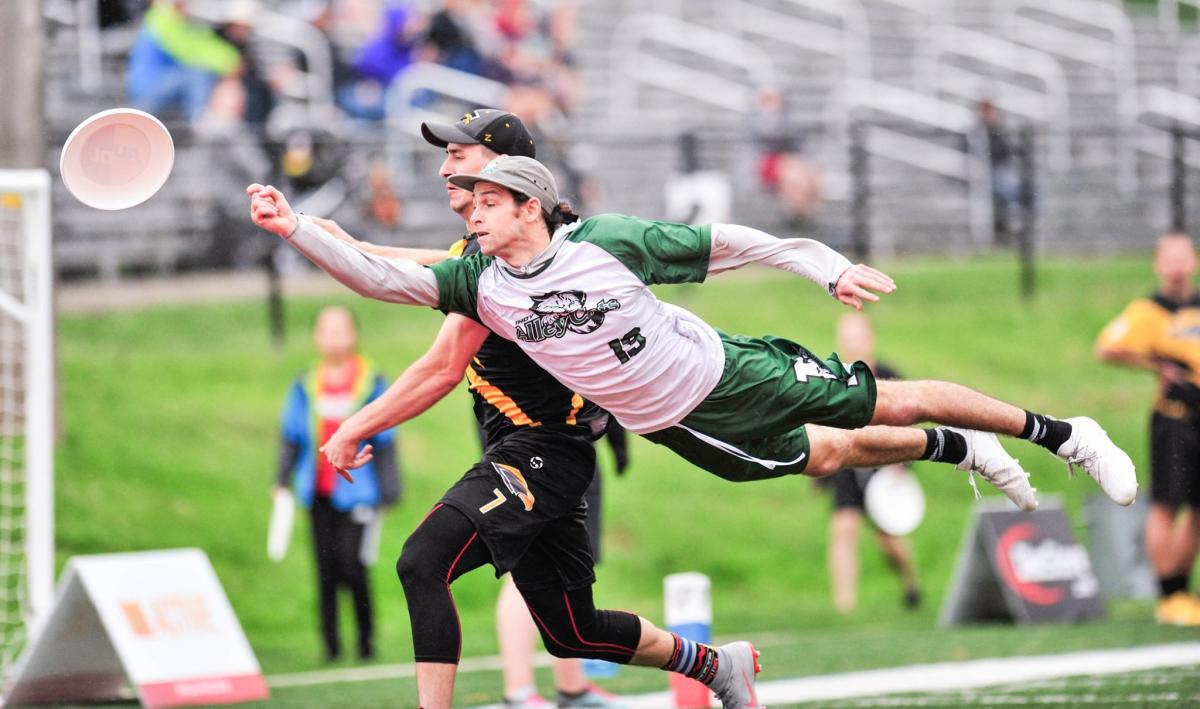 “This is going to decide it,” said Carpenter. “I feel extremely confident we're going to be in the playoffs regardless. But with the way Chicago's playing, and after what I saw with our first game against Madison, I honestly think there's a chance Madison might not win this division this year.”

Carpenter and the AlleyCats have had eyes on Madison’s divisional crown for years. This upcoming stretch will be another opportunity for them to prove that the reigning AUDL Champion Radicals have company atop the division.