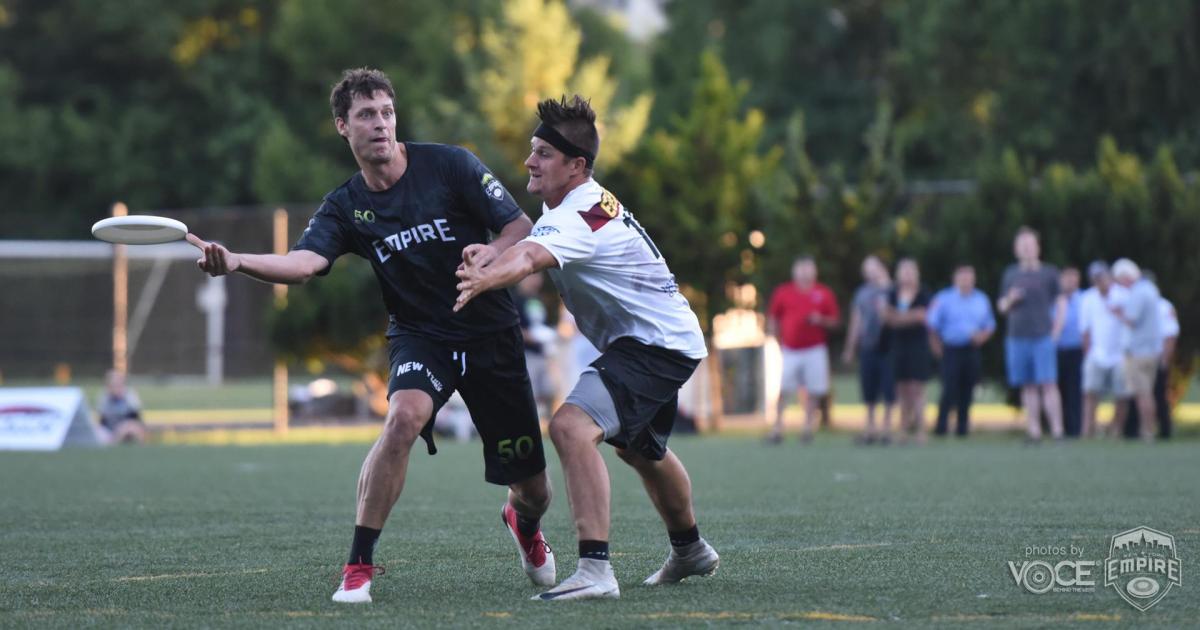 The East Division isn’t going to roll over against the favourites New York Empire. In the first game played within the division, the DC Breeze led in the third quarter against the Empire, as MVP Rowan McDonnell looked like the best player on the field. Though the Empire came back to win in the fourth, the Philadelphia Phoenix’s Trey Katzenbach perceived some exploitable weaknesses in New York’s performance.

“Everybody thinks that New York is going to be a few steps up, but I think that they'll be a little top heavy,” said Katzenbach. “They've obviously added some good players in (Grant) Lindsley and (Jack) Williams, but (against DC) they looked that they were beatable.”

The Empire used Lindsley and Williams as handlers alongside Harper Garvey, but they were happy to shift positions around on the offense. When the new additions cut downfield, some Empire throws put them in disadvantageous positions. Though Williams came up with a monster grab over two Breeze players, Lindsley twice wasn’t able to come up with the same catches over defenders.

Lindsley can beat almost anyone in a footrace, but he’s less liable to jump over multiple bodies. The Empire offense has few holes, and early in the season, they have averaged the fewest turnovers per game, 10, in the league. Defenses will have to earn blocks in situations like jump balls with Lindsley.

Both the Phoenix and Montreal Royal will have a chance to topple the Empire this week. The Phoenix lost their season-opener to the Breeze, but their defense held DC to only 20 goals. The Phoenix did well to force DC into contested deep looks, where Brice Dunn and other Phoenix defenders performed well in the air. The Royal won last year’s series with the Empire 2-1, as Quentin Bonnaud averaged three assists and six goals per game against the Empire. Both Philadelphia and Montreal have reasons for confidence against New York this week.

The 0-3 Atlanta Hustle and 2-1 Raleigh Flyers offer vastly different team constructions. Through the same number of games played for each team, their numbers could not be further apart as they head into tomorrow night’s AUDL Game of the Week.

Everyone touches the disc on the Hustle. Matthew Knowles has the most completions on the team, with only 71. He’s also the assist-leader, at eight. Atlanta’s goal-leader, Eli Jaime, has six goals. The Flyers have a small handful of players dominate the disc. Two players have more than 150 completions. Noah Saul, who will be absent tomorrow, leads the team through three games with 13 assists, and Henry Fisher is pacing the Flyers with 13 goals.

Matt Smith is a franchise player for the Hustle. Undersized, his playstyle is defined by the team name. On the other hand, Fisher could be the player that most defines a Flyer. Standing 6’6” with breakneck speed, he’s unguardable in the air.

The last time the two teams met, Raleigh won 23-21. It was a well-executed affair, with only 22 combined turnovers. In the end, Saul’s ability to control the disc, completing all of his 85 throws, was too powerful a weapon for Atlanta to overcome. The two teams will play in Atlanta this weekend, and the Hustle will play the role of the speedy David to the Flyer’s towering Goliath.

I wrote in the Week 1 column that “with most of last year’s O-Line gone in 2019, the Los Angeles will be hard pressed to continue...forward momentum.”

Three weeks into the AUDL season, the Los Angeles Aviators are second in the West at 2-1. They’ve only lost a close, 18-20 game to the undefeated San Diego Growlers and have beaten both other teams in the division.

The Aviators have fielded contributions from up and down the roster. They have plenty of rookies who are experienced players, but new to the AUDL, like Ian Ladner, Nate Kirchhofer, and Collin Gall. All three were fixtures on Los Angeles’ offense last week against the Seattle Cascades and combined for five assists and four goals. The defense featured a high school phenom, Daniel Landesman, who finished with three goals in only five catches. Joc Jimenez has been a key to the team's fastbreak attacks, using some impressive wheels to churn for yardage in the open field.

The Aviators have 13 AUDL rookies, and they’ve combined for 23 goals so far, more than a third of the team’s total. The team is diverse, and they’re winning without any single star dominating.

Through three games, the Aviators have fielded 21 players in starting O-Line situations. They’re working to see what combinations fit.

“We've got a lot of great players on this team,” said Bacon. “I'm just trying to figure out how to put everyone together to set everyone up for success. I'm taking the early part of this season to move some people around and figure out who plays well together, and build off of that. Trying a lot of different people out in different roles, and so far I'm happy with that.”

Last week, the Aviators topped a Cascades team without defensive leader Khalif El-Salaam. The Aviators will host Seattle in Los Angeles for this week’s rematch. How will the Aviator rookies on offense respond to the presence of player like El-Salaam?

As Evan Lepler pointed out last week, the Ottawa Outlaws are one of four teams who have never beaten a divisional rival. The Outlaws are 0-12 all-time against the Toronto Rush, but they’ll have a chance to snap that streak this weekend. 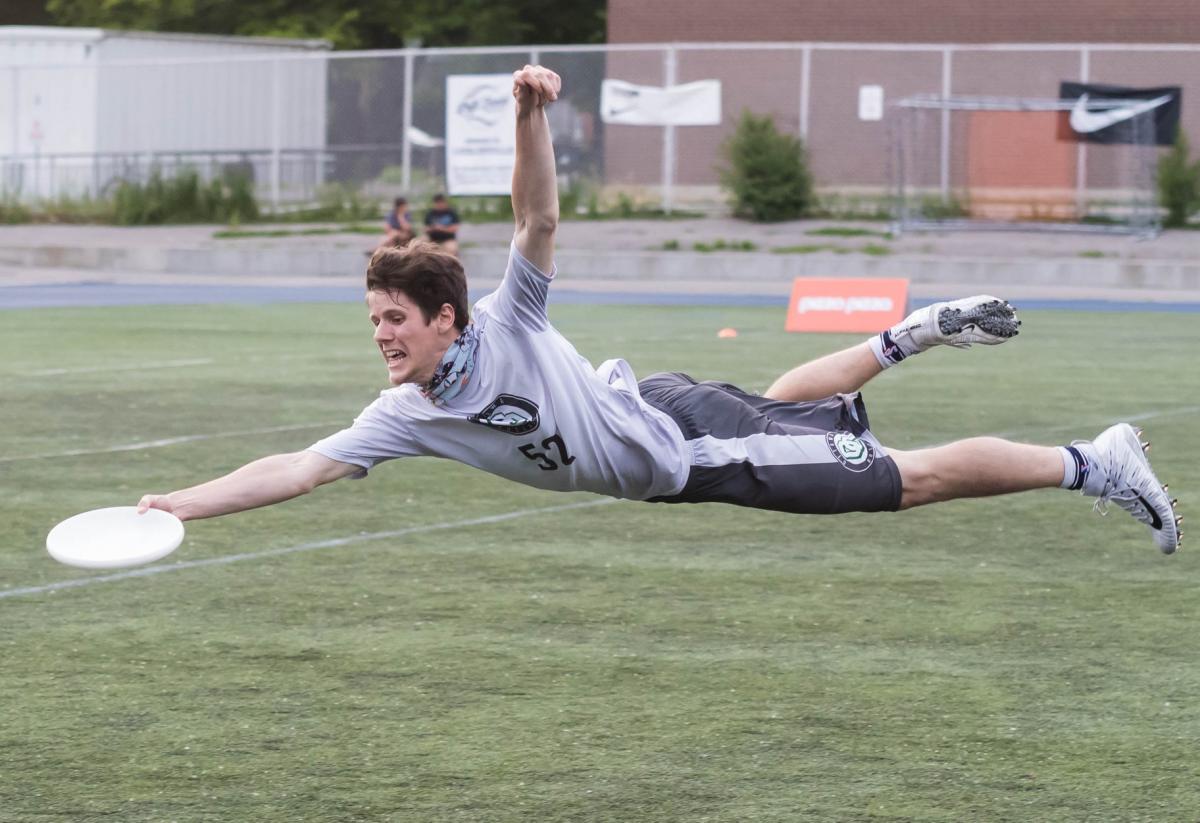 “We've never beaten them,” he continued. “But if we want to contend, if we want to continue to grow this program outside of the shadow of the big brother program (in Toronto), we've got to get off the schneid at some point, and we've got three chances to do it (this year).”

“We'd love for it to be our home opener to ignite our fan base.”