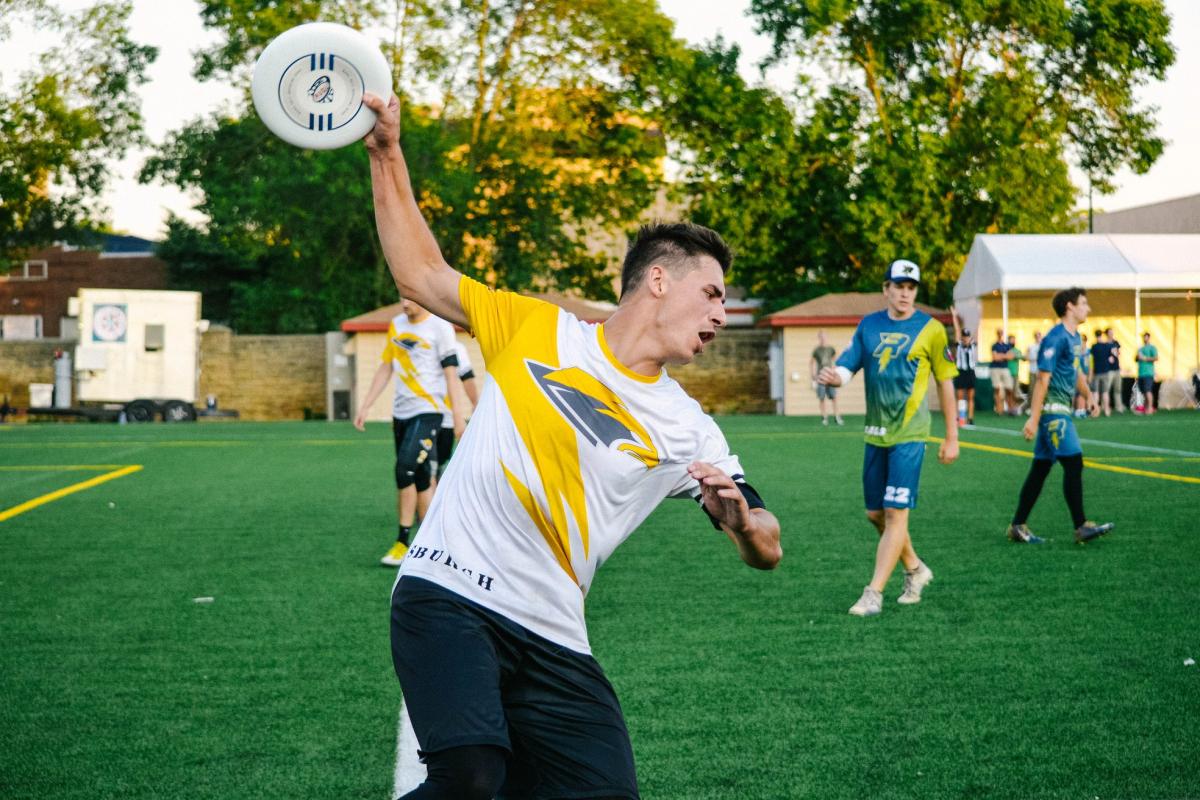 After two games, the San Diego Growlers are the sole leader in the West Division. They are undefeated despite not yet fielding a full roster. Jesse Cohen and Tim Okita, who will both be offensive fixtures, have yet to play a point. Last week, the Growlers had a lucky bounce against the San Jose Spiders as Max Hume caught a tipped disc in the back of the endzone at the end of regulation for the game winner.

“I think we played well (against San Jose), considering we were missing three of our starting O-Line handlers,” said Jonathan Helton, who has a team-high 12 assists in his first two games with the franchise.

Helton, a new acquisition, was forced into handling duties with Okita and Michael Tran unavailable against San Jose. Helton responded by leading the team with 30 completions and eight assists on Saturday.

“I like being in that role,” Helton said. “I usually kind of take a role-playing position, especially as a cutter that's supposed to eat up a lot of yards. But I'm comfortable being in the backfield, trying to facilitate, moving the disc.”

With several offensive players unavailable, Travis Dunn has had to support the offense in varied ways. He’s been up to the task, already collecting seven assists, four goals, and three blocks in two games. Helton is reminded of another star with whom he’s played before.

“In some ways, he's similar to Jack Williams,” said Helton.

Helton won’t be available this upcoming week in a rematch against the Spiders in San Jose. The Growlers will continue their short-handed start to the season, but they’ve proven thus far that it hasn’t been an impediment.

2. Philly On The Rise 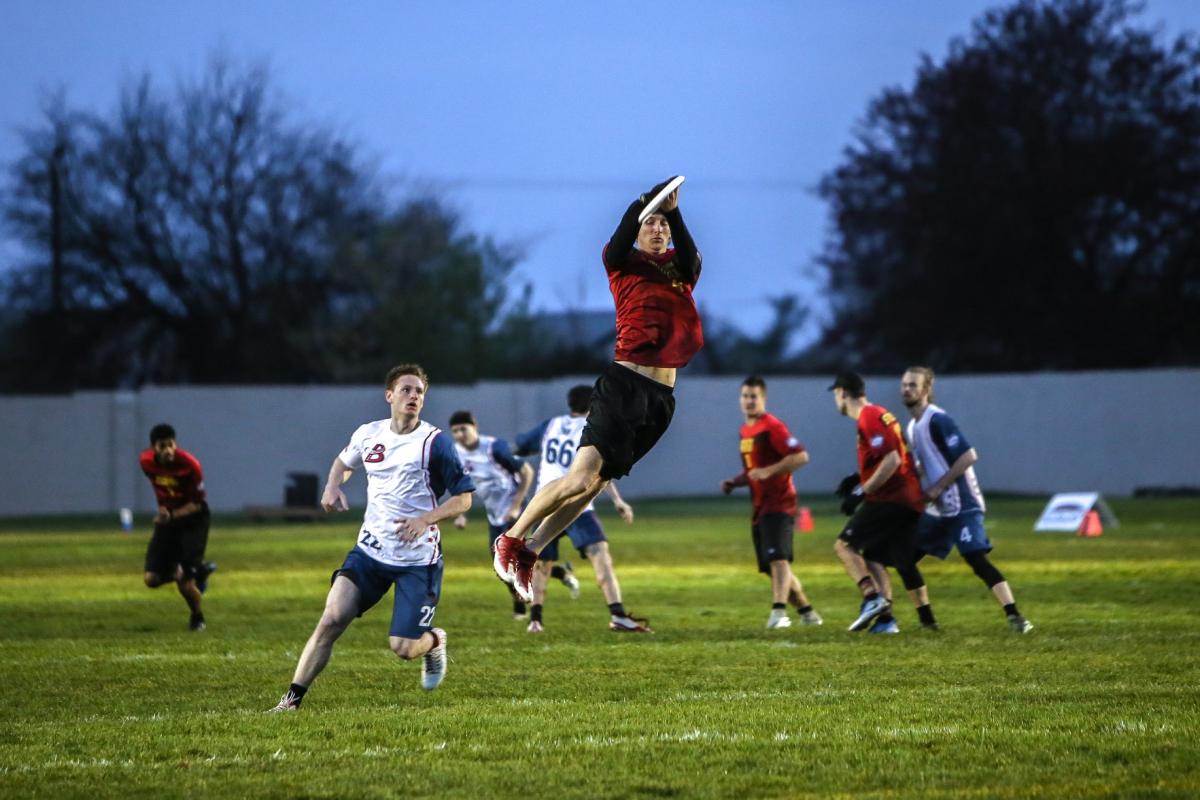 Last year, the Phoenix relied heavily on a handful of offensive players. Sean Mott was one of two players last season to reach 50 assists and 40 goals in the regular season. This year, Mott will share the spotlight.

Billy Sickles will make his AUDL debut this year. He’s a big cutter who can beat almost anyone to the disc. His lefty throws will surprise defenders. Sickles will share duties with Mott as the go-to guy on offense.

“Billy Sickles (could be) the best offensive player in the bunch,” said Phoenix teammate Trey Katzenbach.

Alongside Sickles, Frankie Gomez and Peter Burt are athletic rookies who will contribute. Ryan Weaver played a few games for Philadelphia last year, but he’s made huge strides over the past several months. He has full-field range, and his forehand hucks will open up the field for Sickles and Mott to operate downfield. Ethan Peck and Ethan Fortin are talented offensive handlers who’ve also improved since last season

“I don't think we've seen all that Fortin can do. He had a great year last year, but I think he'll be a little bit more dynamic,” said Katzenbach.

Other starting-caliber offensive guys could see minutes bolstering Philadelphia’s defense. Mike Arcata joined the 30-assist, 30-goal club last year, but his season was a tale of two halves. As the roster thinned towards the end of the year, Arcata put up 30 assists and 24 goals in only the last eight games of the season. His endless motor meant his cuts created space no matter the talent level around him. Arcata may put up fewer numbers this year with more talent in Philadelphia, but he’ll be overqualified for whatever role he fills. That’s a good thing for Philadelphia.

Philadelphia is young and improving. Excluding 48-year-old Katzenbach, 27-year-old Sickles is the oldest player among the Phoenix’s top offensive players.

The DC Breeze proved last week that reigning MVP Rowan McDonnell cannot be slowed, as he threw four assists and caught five goals against the New York Empire’s physical defense. The new-look Phoenix will get their shot at McDonnell this week. Expect an offensive shoot-out.

The Chicago Wildfire will be one of the most changed rosters in the 2019 season. Disc dominant star Kurt Gibson suffered a season-ending injury after finishing second on the team in plus-minus in 2018. Matt Rehder, Zane Rankin, David Meinecke, and Brenton Hard will join Chicago after careers with other AUDL franchises. Several former Wildfire players, including Tim Fergus and Von Alanguilan, will return to bolster the team’s roster after not playing in 2018. Chicago will add eight AUDL rookies. 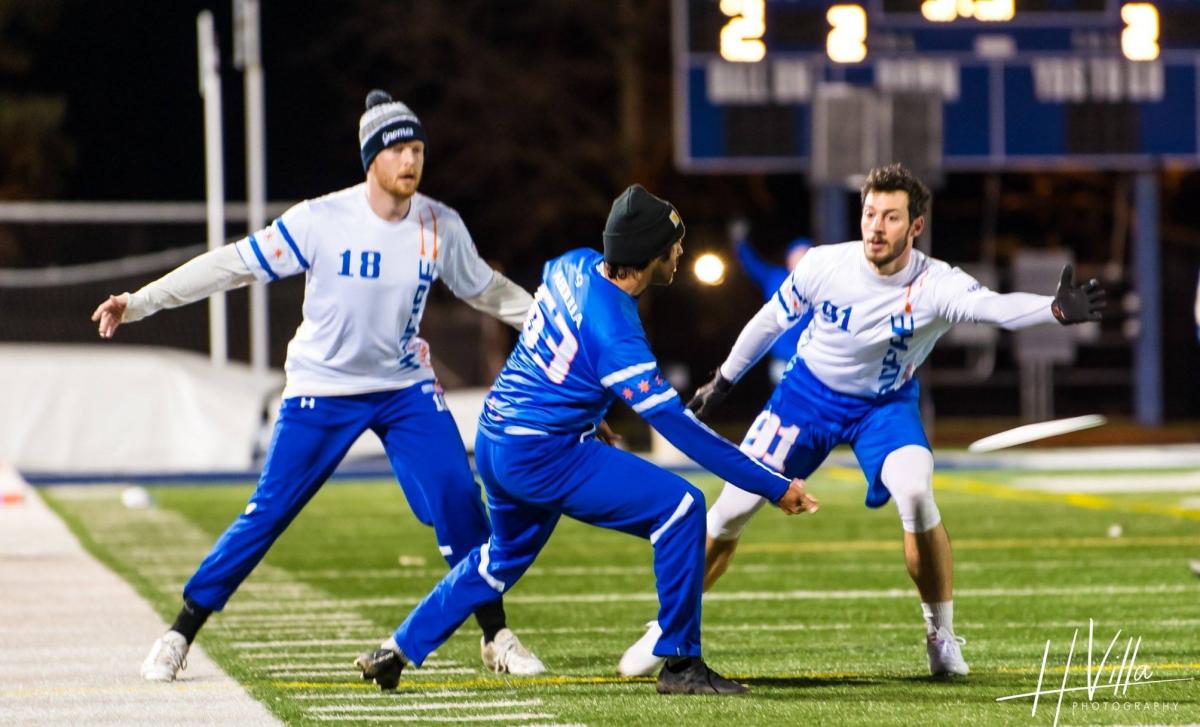 In the effort to get so many new faces on the same page, new Head Coach Dave Woods organized a training camp that saw the team leave Chicago.

“We thought it was important to get the team out of the city,” said Woods. “We spent the weekend down in Bloomington, Illinois... If we were still in Chicago, guys go home, they have their normal lives to deal with on top of thinking about Frisbee, where when we're out in a team setting for an extended amount of time, that was just the main focus for the weekend. I think it was very beneficial. We came away from it with some very positive vibes.”

Chicago’s schedule is front-loaded this season, as they will play five playoff-hopeful teams in their first six games. This weekend, they’ll face the Minnesota Wind Chill, another team with plenty of new faces this year. Minnesota and Chicago finished third and fourth in the division last season, with only one playoff spot between the two of them, so whichever team cobbles together chemistry quickest could find an early advantage in the 2019 playoff race.

The Pittsburgh Thunderbirds were a playoff team in each of their first three years as a franchise. They had an experienced offensive identity. Then the roster changed considerably, and last season turned into a rebuilding year. Pittsburgh dropped its first 11 games.

“We got off to a slow start. A lot of people on the team felt beat down and tired,” said Thunderbirds veteran Mark Fedorenko.

The team did win its final three games. Late in the season, Pittsburgh added young athletes like Noah Robinson and Chris Graber for three games each, and they combined for six assists and 26 goals. They slotted smoothly next to dynamic leaders in Max Sheppard, Sam VanDusen, and Jimmy Towle. Sheppard and VanDusen combined for 115 assists in 2018.

The team will be in the best players’ hands this year, figuratively and literally. VanDusen, Sheppard, and Towle are first-time captains, while David Vatz is a holder from leadership of past years. If last season was transitory, this season is what Pittsburgh was building towards.

“The big thing is the leadership for the team has changed hands,” said Fedorenko. “They've really done a good job of getting the lesson across this year on how to stay focussed when things are going wrong. They've really helped develop some pillars to come back to during games, some things to individually focus on to make the team better.

Some talent has returned to Pittsburgh that has played in past years. Franchise block leader Anson Reppermund is back in Pittsburgh after winning a championship in Madison in 2018. Thomas Edmonds will return to the offense, where he will be a featured star that lightens the load of those around him.

It’s time for the younger generation in Pittsburgh to put its own stamp on the franchise. Pittsburgh will look to build on their current three-game winning streak from last year. Their first game of 2019, however, will be against the Madison Radicals. Pittsburgh’s new-found positivity and dedication will be put to the test.