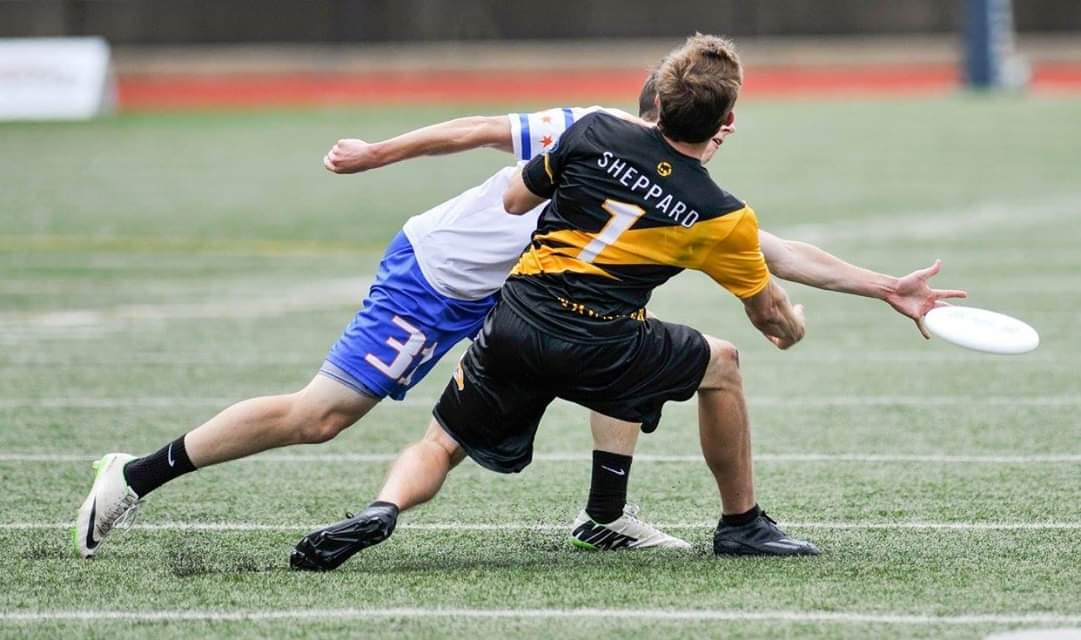 With only three weeks left in the season, the Pittsburgh Thunderbirds (5-3) are officially one of the hottest teams in the league. After beating the Madison Radicals (4-5) last week in overtime, the Thunderbirds are riding a five-game winning streak. They’ll put their record to the test against the Indianapolis AlleyCats (6-3) at home this Saturday, and the winner will be in first place in the Midwest Division. The last time the Thunderbirds lost, it was to Indy at home.

At the time, the loss plummeted Pittsburgh to 0-3. To respond, Sheppard and Owen Watt traded places, as Sheppard moved to the offense and Watt to the defense. The small adjustment seems to have worked wonders. Sheppard is currently second on the team with 24 assists and first with 31 goals. The team hasn’t lost since he joined the offense.

“When we got our first win, that really set the pace for the season,” Sheppard said. “Ever since that first one we got, we've been rolling with momentum, and we've been attacking right out of the gate and setting the pace in the beginning of games now. We've really focused on that, from the start.” 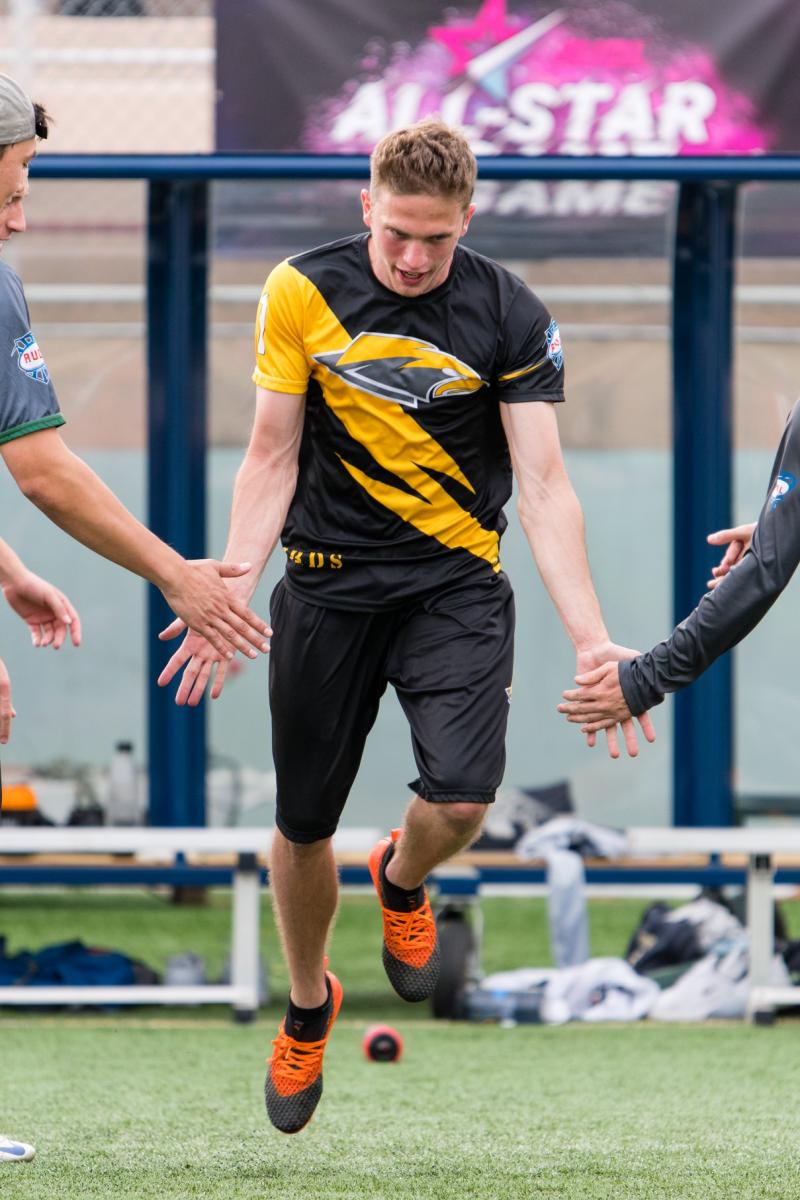 Against Madison, the Thunderbirds continued that trend of leading early. They took a seven-four lead into the first quarter break. During their five-game winning streak, Pittsburgh has outscored opponents 30-20 across all five first quarters. Against PIttsburgh, you need to be prepared for an early punch.

Madison did fight back into the game, scoring an offensive hold and four consecutive break goals to start the third quarter. Pittsburgh kept their composure, as Sheppard threw a crossfield hammer to a sliding Dylan Best to right the ship and tie the game 12-12.

“It's just having confidence in your throws,” said Sheppard of the throw. “I don't even warm up hammers before I throw it in the game. It's so instinctual to me... The space is there, and you've gotta have no fear.”

The Thunderbirds kept their composure and eventually won in overtime.

“I can't even describe how emotional this [Madison] win was for us,” said Sheppard. “I think there's only four fifth-years on the team. Only a couple of us were there in 2015 when we first beat Madison at home. We’ve struggled to beat them ever since. I've been through that suffering. I've been through four years of them beating us two or three times a year. This [win] would rank number one.” 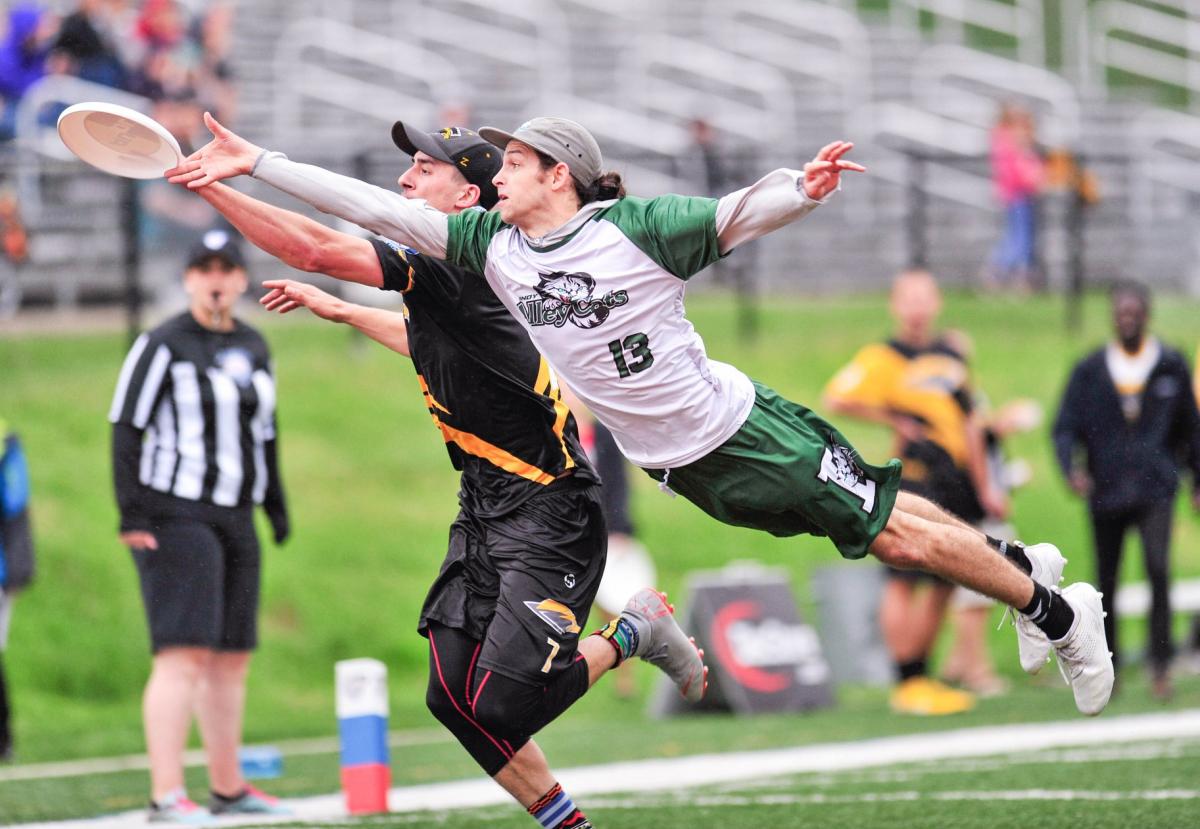 Pittsburgh will carry that momentum and emotional intensity into this week’s game against Indianapolis. The AlleyCats are coming off of their own thrilling, 24-23 win last week, while the Thunderbirds have the May home loss to Indy to avenge. A win from either team would almost ensure them a playoff spot in the bloodbath that is the Midwest. Expect playoff intensity from the first pull.

The Thunderbirds have the second longest winning streak in the league, but the New York Empire (9-0) are undefeated. They topped the Raleigh Flyers (7-2) in a thrilling double overtime game last week. When the game was at its apex, with both teams’ best players on the field, it was the Empire’s stars who shone brightest.

With New York down 23-22 in regulation, Beau Kittredge saved a sure goal to reclaim the disc. Head Coach Bryan Jones called a timeout, and former Flyer Jack Williams isolated from the front of the stack to tie the game. Jeff Babbitt recorded a flying block in double overtime in his own endzone, setting the stage for Williams to air out the disc to Kittredge for the winner.

“Jeff's [block] was pretty spectacular. I don't know if anybody else could do that,” said Jones.

The Empire are guaranteed to finish first in the East Division. The Toronto Rush (6-4) have won the regular season in the East every year, but they no longer have time to catch New York. The Empire will travel to face the Montreal Royal (3-6) this week. The Royal are a talented team, having beaten the Rush last week, but they are mathematically eliminated from the playoffs. So how does New York stay focussed on a game with no significance to the playoff picture?

“We have to play well going into the playoffs,” said Jones. “One of the things we've been talking about is flipping the switch each time we come on the field... And so every time we hit the field, whether it's a practice or it's a game, we have to play well because it makes it easier the next time. And we have to continue to grow. We still have a lot of things we want to improve on. For us it's about playing our best so the next time we come out, it's easier to play our best again. That's the focus from here on through the rest of the season.”

Even though the Empire are undefeated, there are always problems to fix. For one, Ben Jagt’s incredible talent means that bad throws often still result in goals. Though that’s a positive on the surface, it means the Empire can sometimes rely on imperfect play. Jagt is emerging as the league’s most devastating deep threat, and he often catches discs that are not thrown well. He finished with nine assists and six goals against Raleigh, and he now has 40 assists and 43 goals on the season, situating him as a leading MVP candidate. But New York would rather rely on the replicable instead of the spectacular.

“We want to strive for good decision making,” said Jones. “It's great that you can miss with Jagt, and he'll get it a lot of the time. But we want to make it as low-stress as possible on our offense, long-term. Those throws, the contested catches, they don't always go your way. We want to make the offense better. Those are the points we can go ahead and continue to improve upon.”

The Empire will have a good chance to improve this week. Montreal may be disqualified from the playoffs, but their top-end talent is as good as any in the league. Against Toronto last week, Kevin Quinlan threw 12 assists and Quentin Bonnaud caught 11 goals. They combined for eight goals thrown from one to the other. Neither recorded a turnover. Bonnaud, especially, has been incredible this season; his plus-minus of 72 is second in the league, higher even than Jagt’s 70.

Even though New York has already locked up their seed, they have an excellent opportunity against Bonnaud and company to prepare for the playoffs.