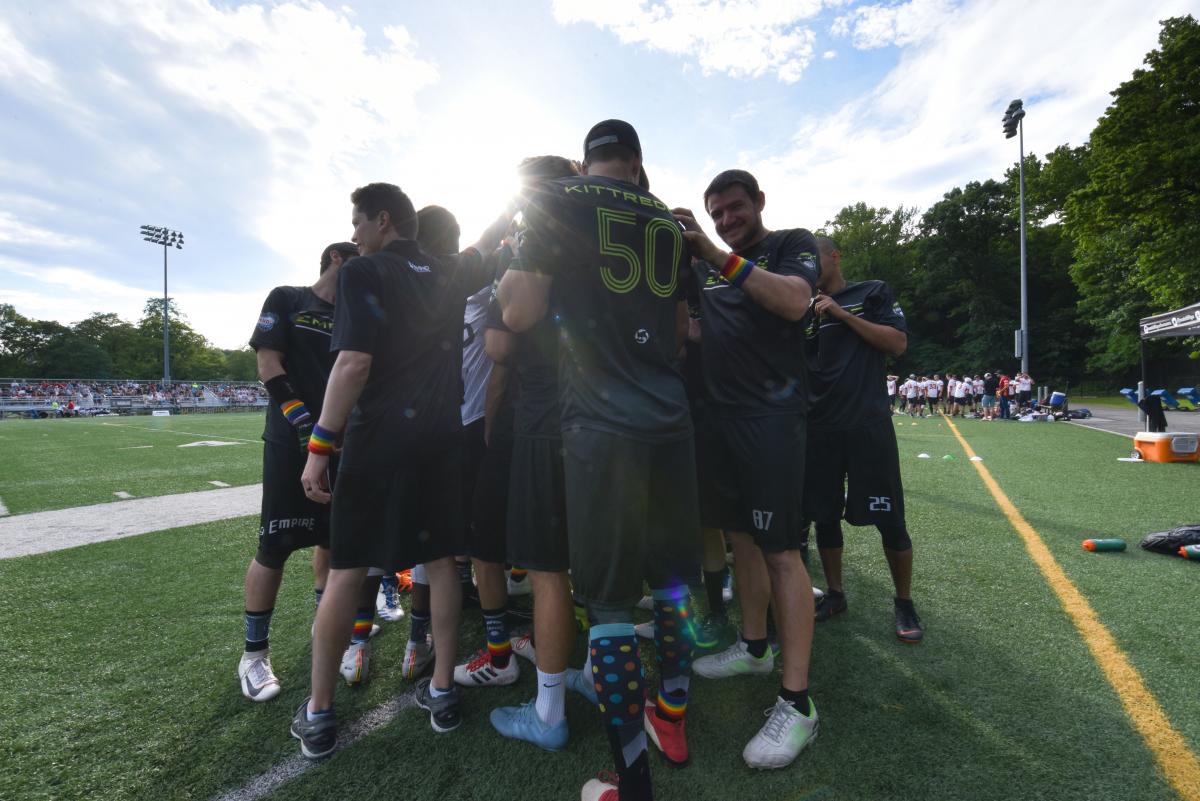 Missing their three star rookies in Eric Taylor, Henry Fisher, and Sol Yanuck, the Raleigh Flyers delivered a statement win, 27-18, over the Dallas Roughnecks on June 15. Without their top receiver in Fisher, the Flyers moved Mischa Freystaetter back into his natural position on offense—Freystaetter caught six goals and threw three assists. Without key handler Taylor, Noah Saul notched 53 completions and three assists without a single turnover, and Bobby Ley 45 completions and three assists without a single turnover. The offense was smoother than ever, as the Roughnecks only managed to break the Flyers twice over the course of the game. It was a display of dominance.

Raleigh’s reward is to face the juggernaut New York Empire, who will travel to Raleigh to battle the Flyers. New York (8-0) and Raleigh (7-1) are the top two teams in the league power rankings, and this battle could well foreshadow a possible Championship Weekend matchup.

“You have very few opportunities to have those playoff-like games during your season,” said Raleigh Head Coach Mike DeNardis. “Especially when you get them at the tail end, it's a fantastic opportunity. When those games are front-ended, you kind of forget the intensity of them, and how big they are, and how big the moment is, and you all of a sudden find yourself in a playoff situation.”

Raleigh will face a New York team overflowing with talent. Four Empire players participated in the All-Star Game, and none were superstars Grant Lindsley or Jack Williams. This will be a homecoming for Williams, playing in his first game in Raleigh since he left in the offseason. He arguably grew into Raleigh’s best player before he left. The Flyers, however, aren’t intimidated by Williams’ return or New York’s embarrassment of talent.

“I don't think anything is particularly unique about them that the league hasn't seen before,” said DeNardis. “I think they're a very solid team, and their top-end is an amazing group of players. But it's not unique.”

“[Beating them is] just a matter of making sure we're ready. We have some preliminary scouting, and things already in place, but it's making sure our focus is on one thing and attacking it like we attack all the other teams. Figuring out where they're weak, and figuring out what we can exploit offensively and defensively, because no team is perfect.”

Last week, I emphasized that if the Madison Radicals lost again, they would fall out of playoff position in the Midwest Division. They lost 21-19 to the Minnesota Wind Chill, and Madison (4-4) now sits in fifth place in the division. 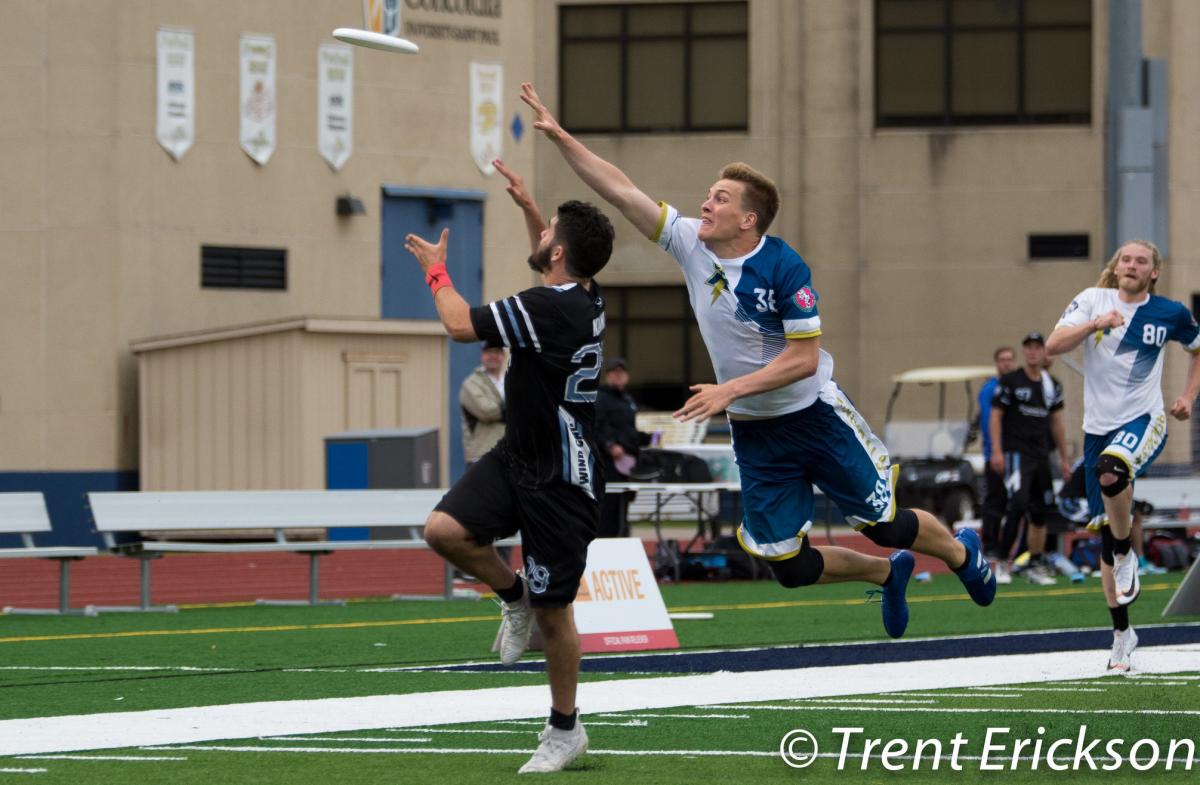 “What we need now is [for players] to buy in again,” said team captain Kevin Pettit-Scantling. “I think a lot of people have missed games for things, or practice attendance has been somewhat lower than usual. I think we're just having chemistry issues, probably, just repetition issues. The bottom five of our top-20 is changing every single game.”

The Radicals will start trying to dig their way out of the hole this weekend. They’ll challenge the resurgent Pittsburgh Thunderbirds (4-3), winners of four straight, which is the third-longest active winning streak in the league, behind New York (eight) and Raleigh (seven). Madison knows that Pittsburgh will not provide an easy win. 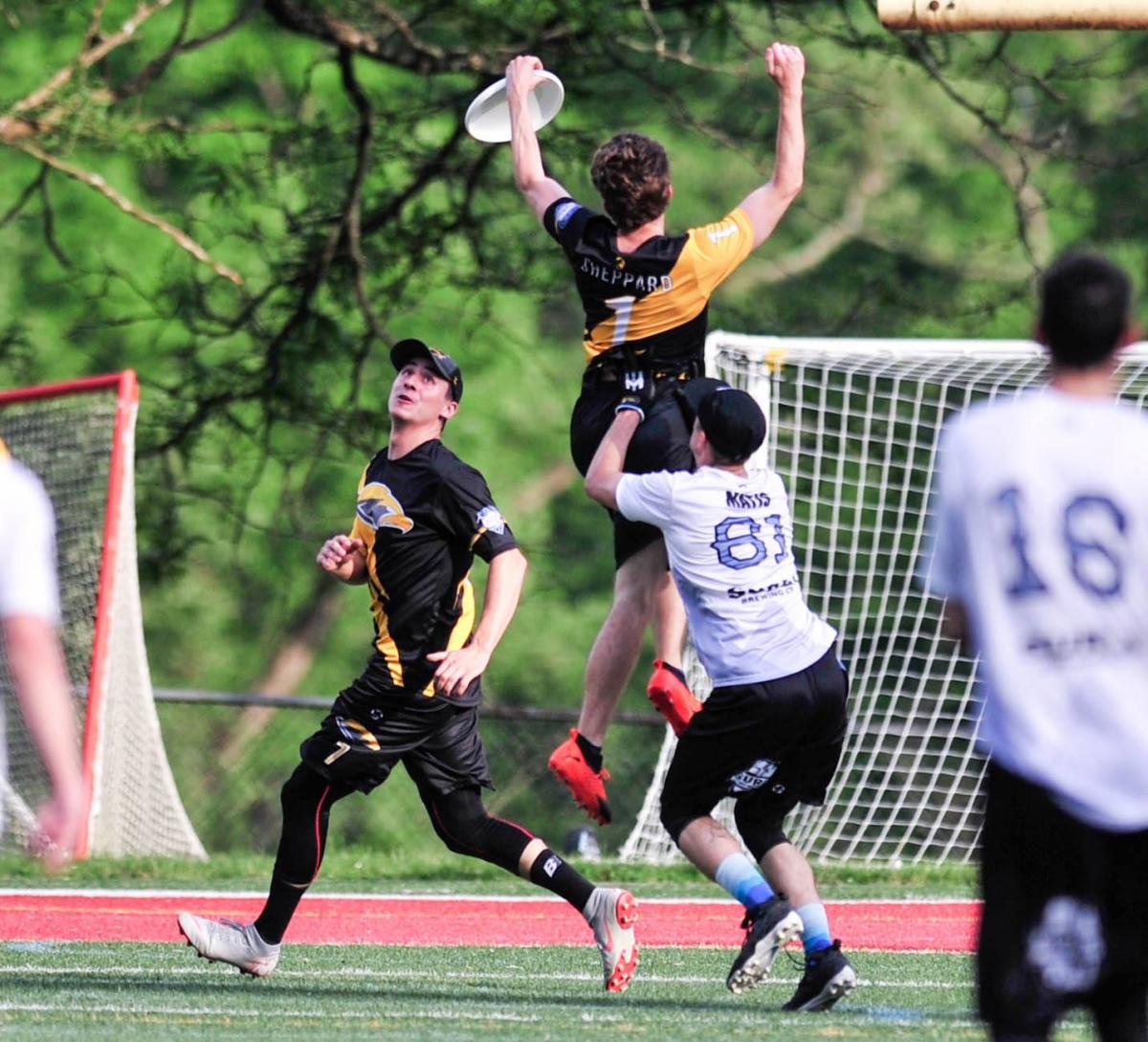 “With Pittsburgh, they're not scared,” said Pettit-Scantling. “They are just a fearless group of guys who throw anything they want against our zone, and if they're all on that day and clicking, then it's really hard to beat a team like that. The Radical zone doesn't really intimidate them. It's really hard. A lot of our blocks, and a lot of our success comes from teams playing it safe, and they do not do that.”

The brand-new book lines on AUDL games actually have Pittsburgh as 1.5 point favourites over the defending champs. Nothing is easy for Madison this season. In the past, divisional games felt like practice to them. This year, Madison is tested every week. That’s both good and bad for the Radicals. But teammates have not lost faith in each other.

“As far as trusting one another and believing that we have a winning, championship team, I still believe that,” said Pettit-Scantling. “I'm 100 percent bought in that we have the winningest program, and right now, all we have to do is show a bit of consistency at practice and games, and implement our strategy, and we'll be fine.”

3. Toronto On A Slide

Like the Madison Radicals, the Toronto Rush are another former champion —and perennial divisional heavyweight—who are struggling within their own division. The Rush (5-3) are only 0.5 games ahead of the DC Breeze (6-4) after the Breeze’s 23-22 home win over the Rush last weekend. Mybookie.com also has the Rush as 1.5-point underdogs this week, as Toronto will challenge the Montreal Royal (2-6) in Montreal.

Also like the Radicals, the Rush have lost three of their last five games. Toronto’s three regular season losses already tie the most they’ve ever had as a franchise, which took place in 2017. On the positive, Toronto missed out on winning a championship by one point in 2017, so perhaps the regular season losses have a silver lining. The Rush aren’t worrying. 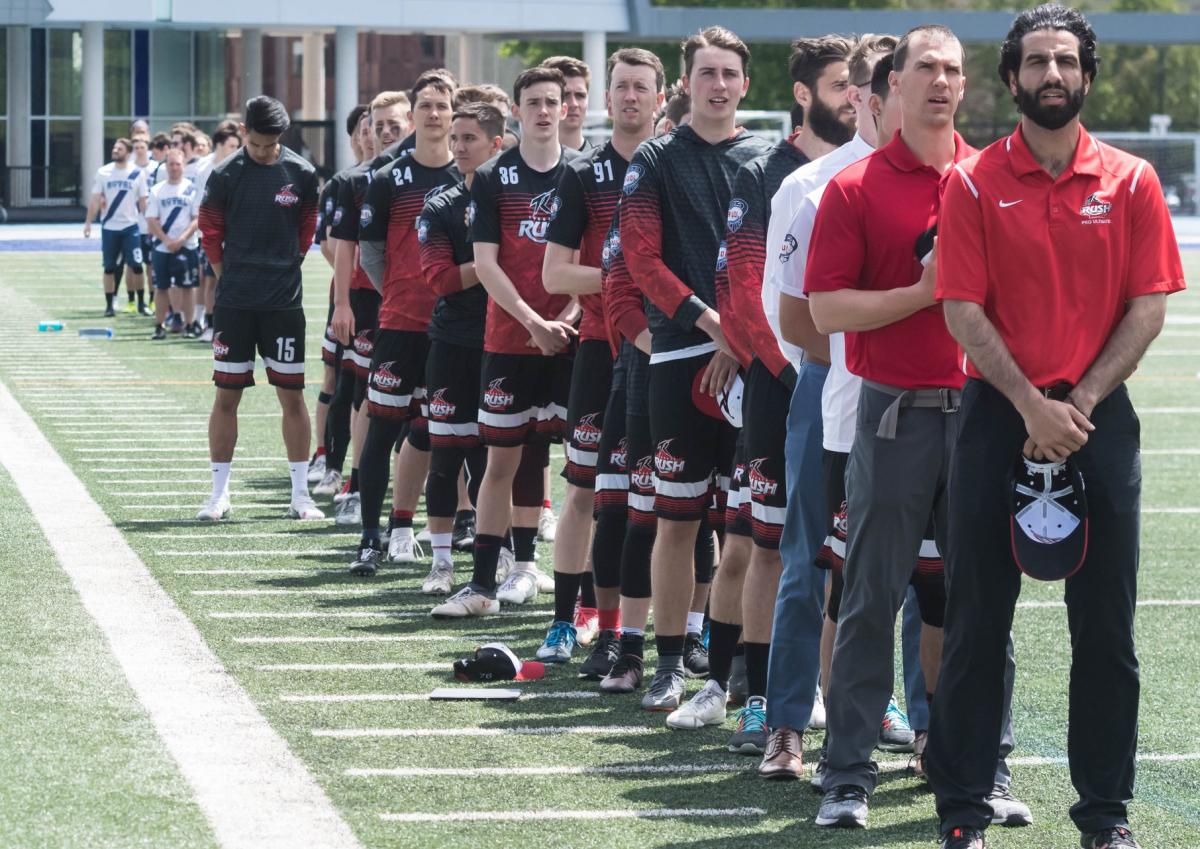 “Overall there's no panic, there's no real reason to worry,” said Toronto Head Coach Sachin Raina. “We still have control over everything. At the same time, we can say it's a little disappointing, but eleven weeks into the season, there are some mistakes we shouldn't be making.”

The Rush have already topped the Montreal Royal twice this season by an average margin of 5.5 points. Another big win this weekend could dispel misgivings. But the Rush aren’t treating this game as a potential statement.

“I don't know if I want to put stuff like that on the guys, statement games or whatnot,” said Raina. “Especially because every game, if we start to make games out to be bigger than they are, we start to deviate away from [what we want]. We don't want to make games out to be bigger or lesser than what they are, because mentally that might change your focus or change your perspective, and make you play differently.”

“Internally, we won't be talking about [statement games].”

Unlike Madison, Toronto’s playoff position is still relatively secure. But they look less dominant inside their division than they ever have. Partially, that is because of talent improvement across the board this season. But the Rush also have lots to fix in their own play. This third and final Montreal matchup will represent an important opportunity for the Rush to get ahead of mistakes that have plagued them on the field.