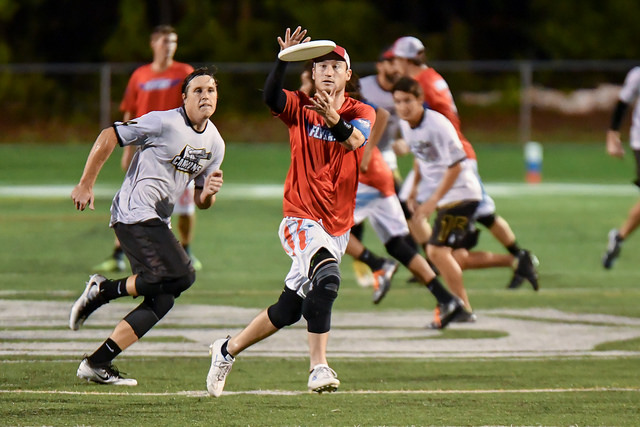 Coming off their second consecutive South Division championship game appearance, the Raleigh Flyers are returning 23 players from last year's roster, including 2017 league MVP Jon Nethercutt, 2018 team goal scoring leader Jacob Fairfax, and franchise block leader David Richardson. Raleigh has made the playoffs in each of their first four years as a franchise, but have yet to return to Championship Weekend since their inaugural season in 2015.

Despite the losses of former AUDL MVP Jonathan "Goose" Helton, 2018 All-AUDL member Jack WIlliams, renowned handler Brett Matzuka, and others during the offseason, the Flyers retain one of the deepest and most talented rosters in the league. Mischa Freystaetter set the single-season league record with 95 goals in 2016, and is still one of the most impactful individual players in the AUDL. Noah Saul has averaged 3+ assists, 1+ goals, and 1+ blocks per game in 43 career regular season games splitting time equally between offense and defense.

The team added two experienced defenders to an already formidable lineup that was fifth in defensive scoring in 2018, allowing just 20.7 goals per game. Chuck Cantone was standout in single coverage and as a receiver off the turn, putting up 22 assists, 48 goals, and 24 blocks over two seasons with the DC Breze in 2016 and 2017. Ross Ward, a former five-year veteran of the perennially top three New York Empire defense, has registered 50 blocks in 51 career regular season games.

The Flyers start the 2019 season with a rematch of the 2018 South Division title game on Friday, April 5 against Dallas.