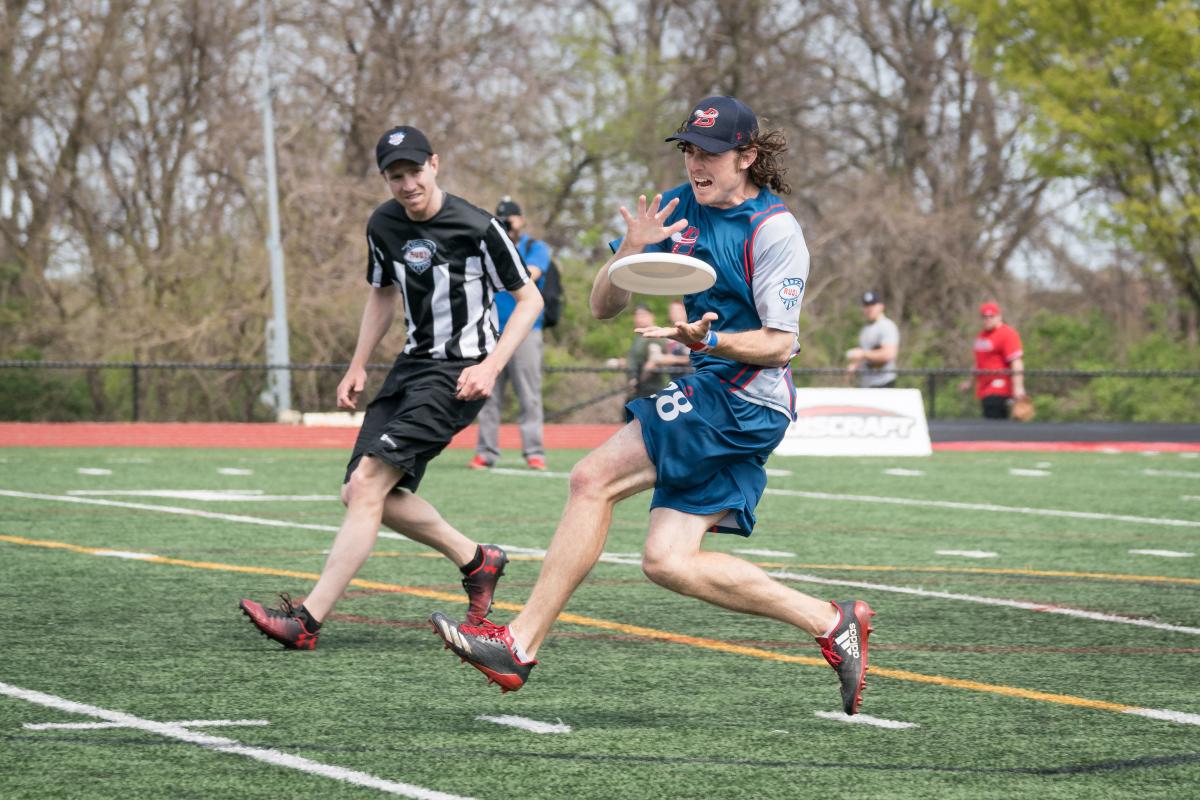 There’s little separation between Rowan McDonnell as a player and the DC Breeze as a franchise. As with most great sports teams that feature a singularly dominant star, context creates success. To McDonnell, his own situation in DC is what has allowed his meteoric rise from Breeze rookie in 2016 to league MVP in 2018.

“I think it's just a testament to, I had a great coach [in Darryl Stanley] that empowered me to have a big year,” said McDonnell. “I had teammates around me that made it really easy. There was never a time in the season where I was like, I want to be the MVP, I'm going to be the MVP. It was just, game by game passed. And at the end, when I saw, I think I had a couple texts that morning, I was like oh wow, that's cool.”

“That's a good team award, was my first thought.”

Even if McDonnell is happy to praise his teammates for his success, he is singularly responsible for taking advantage of a beneficial situation. He is skilled and obscenely athletic. He’s comfortable in any position, whether handling and firing short passes, cutting in and lofting hucks, or flying deep and rising over hapless defenders. As McDonnell collected 47 assists, 38 goals, and 11 blocks last season, it was his adaptability against the league’s best teams that cemented his MVP case. In a mid-May game against the favored Raleigh Flyers, McDonnell caught 10 goals—four of the DC’s final six, including the game winner—in a 25-24 Breeze win in the Game of the Week.

In mid-June, when he was hampered by a hamstring injury and forced to play near the disc against the undefeated Toronto Rush, McDonnell threw eight assists and completed 72-of-74 throws in another 25-24 win in primetime.

As well as of his talents on the ultimate field, McDonnell’s identity off of the field has contributed to his profile in the ultimate world. McDonnell runs a popular YouTube channel that teaches a myriad of throws. Even though he’s been dormant recently, McDonnell promises more videos in 2019, including more dedicated to his workouts and gameday preparation. However, the idea came from humble beginnings. One day while warming up with teammate Nate Castine, McDonnell threw a “pizza pie”. Months later, a video of the throw was posted to the team’s social media, and high engagement convinced McDonnell to make some videos of his own.

However, McDonnell doesn’t always leave trick throws on the sideline. He plays with a flair for the dramatic, and creativity has certainly informed McDonnell’s game beyond his YouTube videos.

“I've definitely been a little more creative than average, I would say. With some of my fakes, too,” admitted McDonnell. “Scoobers, push passes, my release points are fun."

Occasionally, a high-stall count will provide McDonnell the canvas he needs for innovation. In the same Raleigh game last year, facing a double-team, he unleashed an underhand blade he learned in Goaltimate called the Bixler.

Fun isn’t just a defining principle of McDonnell’s high-flying style. Fun is what makes the Breeze themselves tick.

“I think I felt a little, almost, lucky just to be in the system that I was in, just having such a good O-Line, and having so much creative control. I could huck, I could cut deep, I could handle,” he said.

The straw that stirs the drink is coach Stanley. 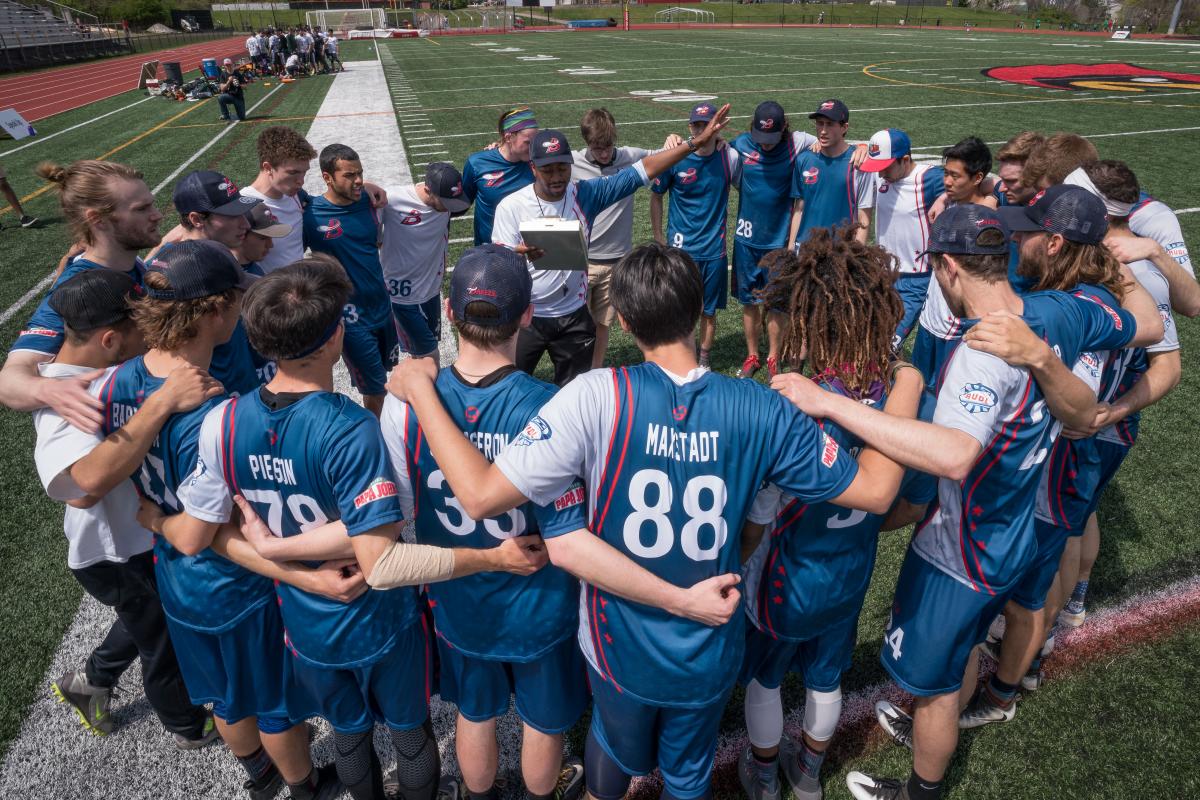 “We have Darryl. Darryl has shown that he is on his way to being one of the greatest coaches in the entire sport,” said McDonnell. “He has us well coached that we have a couple different looks, and we're able to execute the best look for that day. New York, Philly, Toronto, Montreal, they all play us differently. We can adapt. That's Darryl's strong point.”

The Breeze are building their team differently from other East Division playoff rivals, the New York Empire and Rush. The Empire are a veteran team, anchored by experienced players like the Drost brothers, Matt Stevens, and Matt LeMar. Even their famed import, Beau Kittredge, is most valuable because of his vast history of winning. The Rush are built similarly, with core players like Cam Harris, Andrew Carroll, Thomson McKnight, Isaiah Masek-Kelly, and Jeff Lindquist having played in the AUDL every year since Toronto joined in 2013.

The Breeze are young. Their starting O-Line in the playoffs last season featured only one player in his 30s. They will count on their speed and athleticism to win games. The youngsters have the legs to catch up to McDonnell’s hucks, but McDonnell himself will once again have total control over the team’s offense in 2019. 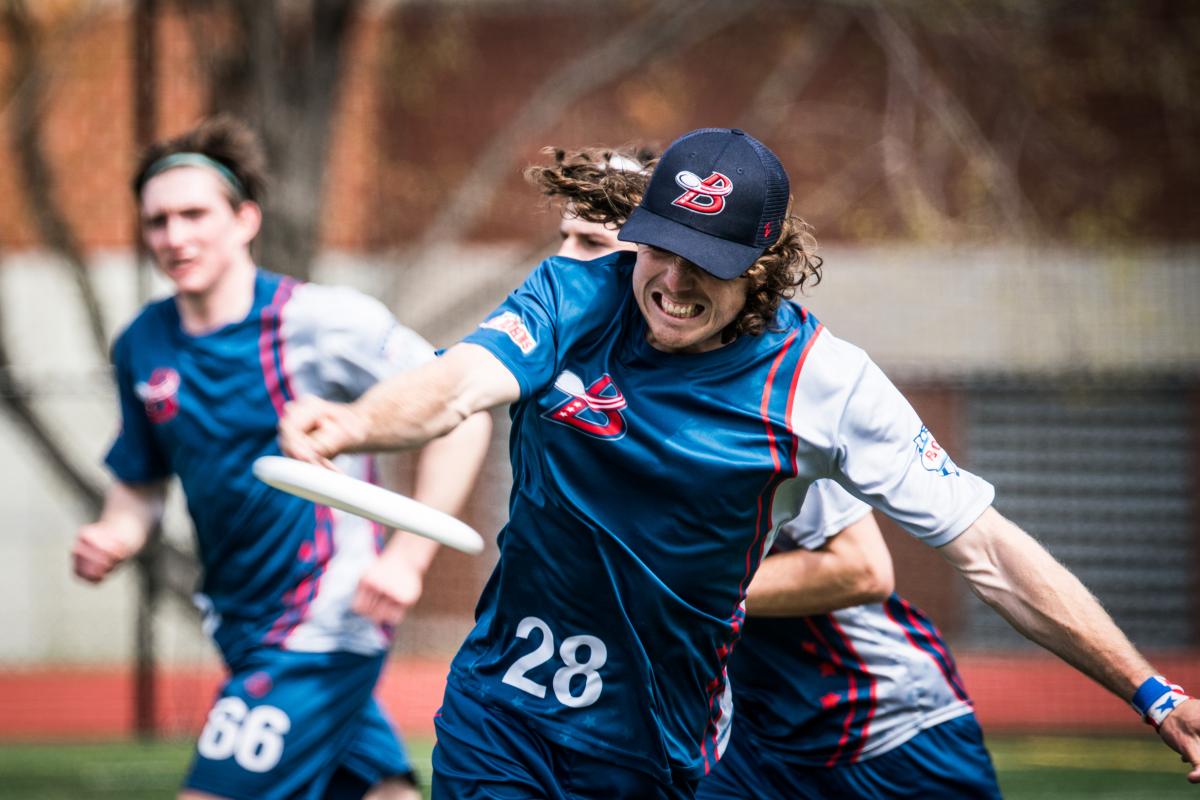 Despite their youth, the Breeze were sure that last year was their year. They rose to high-pressure moments in the regular season, and McDonnell was an uncontainable and consistent force. Everything seemed ripe for playoff success. Then heavy winds interrupted DC’s home playoff game against New York to such an extent that neither team scored during the final 17 minutes of game time. The Breeze lost, but they are confident that they will be back and hopefully unhindered by such freak events in the future. The playoffs are once again McDonnell’s goal.

If the Breeze do make it to Championship Weekend, Rowan McDonnell will be at the top of the list for the reasons why.