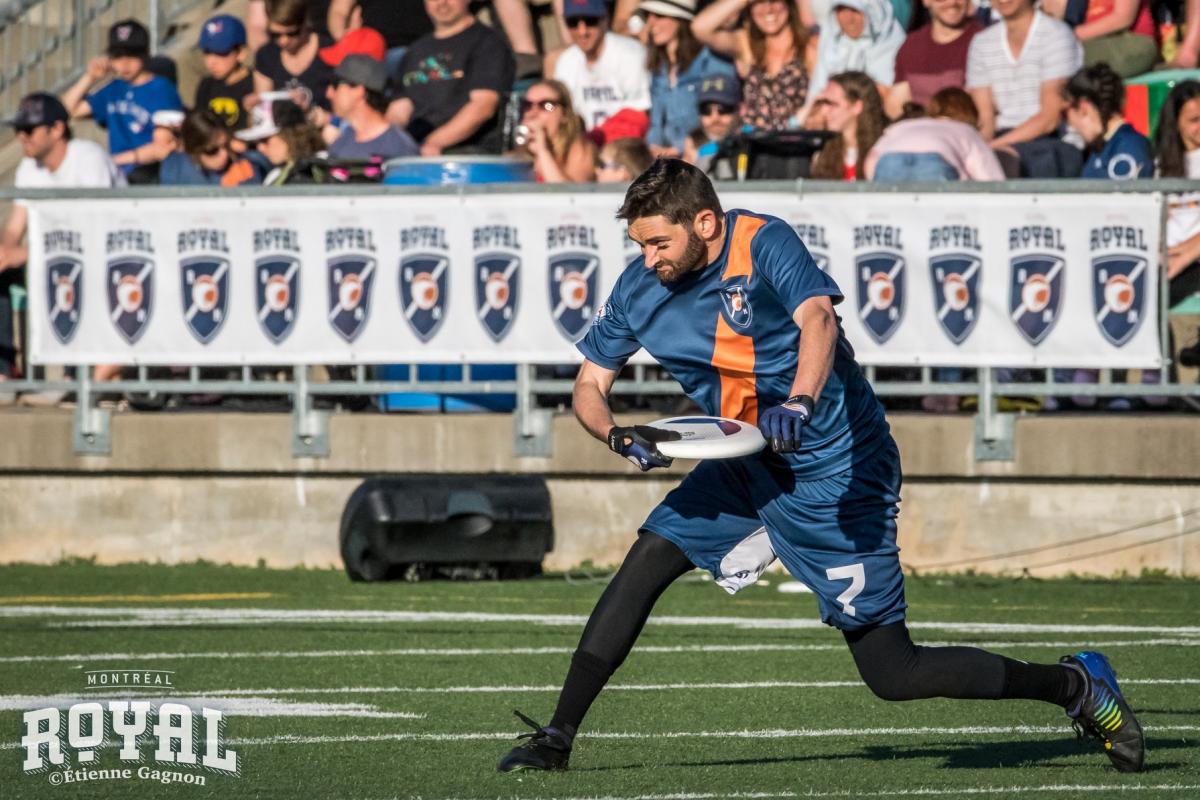 Looking to get back to the playoffs for the first time in two seasons, the Montreal Royal have released their 2019 roster. The team has gotten decidedly younger, with a handful of team veterans retiring during the offseason. Caroline Cadotte is returning as the team's head coach for the second year, and the team will be captained by Stève Bonneau, Gabriel Monfette, Kevin Quinlan, and Jake Saunders. 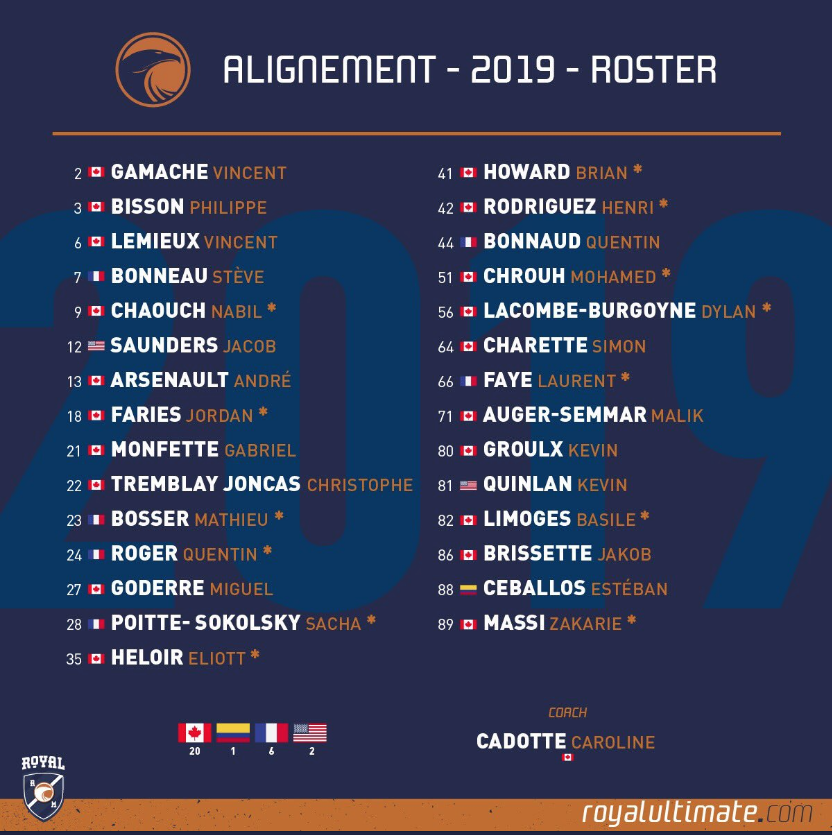 Listed at just 5'8", Bonneau has one of the biggest arms in the league. He set a Montreal single-season franchise record with 51 assists in his first season with the team in 2017, and added another 30 last year.

A five-year member of Montreal's defensive unit, Monfette has been leading the Royal counterattack since day one. He has averaged 10+ blocks per season in his 61 career regular season games.

Quinlan is one of six players in AUDL history that has played in every season of the league's existence. Still just 25 years old, Quinlan is already fifth all-time in assists with 233 in 85 career games. He made the All-AUDL Second Team in 2016 with the Royal, throwing 43 assists and scoring 42 goals; he has 104 assists and 80 goals over three season with Montreal.

Entering just his third season with the team, Saunders saw a huge workload increase from 2017 to 2018 with the Montreal offense and responded with his best season as a pro. He averaged 36 completions per game at a 98.10 percent clip in seven regular season games in 2018.