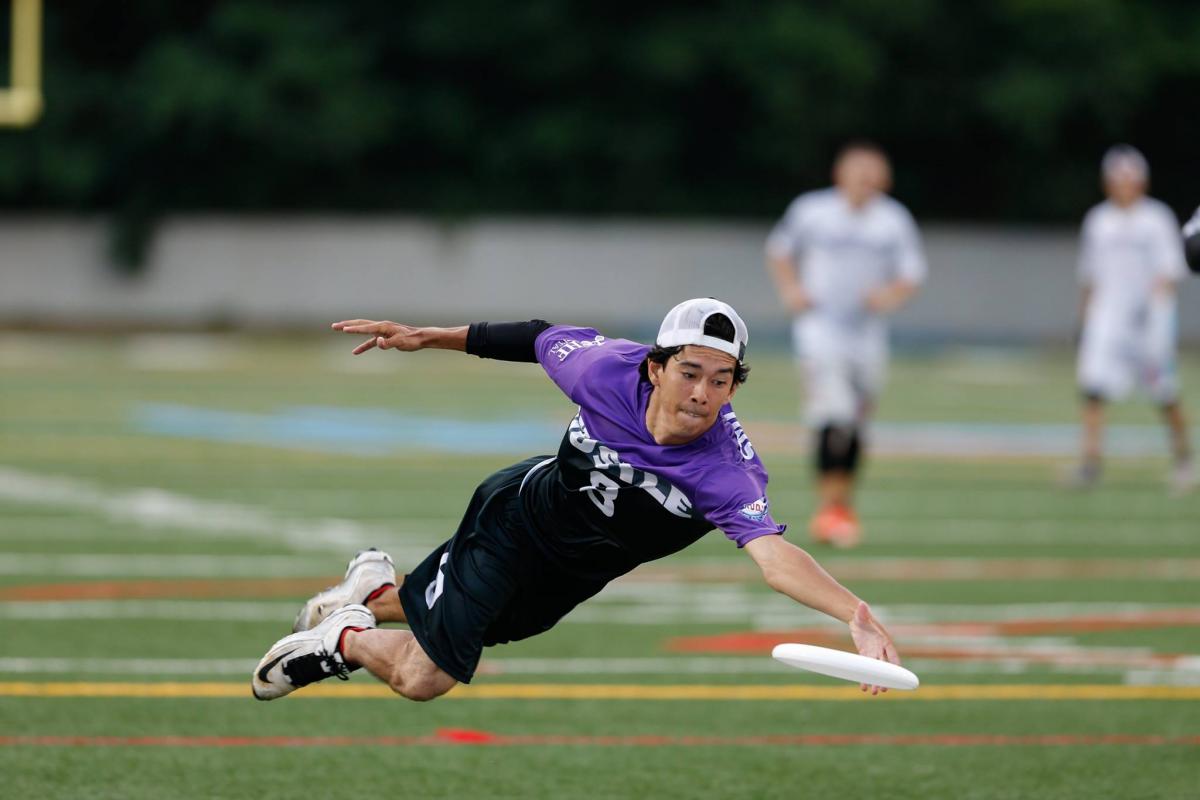 The Atlanta Hustle are midway through a multi-year process of changing their team identity. Gone are the big play, longball days of Atlanta ultimate founded around stars like 2016 MVP Dylan Tunnell. Instead, the Hustle have built an organization around efficiency, smallball, depth, and chemistry that is led by the undersized speedster Matt Smith.

When he joined the team, Smith happily embraced the former spirit of Atlanta ultimate. Despite standing only 5’7”, Smith is most comfortable on an ultimate field when cutting deep and rising up over defenders. He has a basketball background – and was even once named Second Team All State growing up in Hawaii – and fondly refers to his in-air game as “dunking” on people. Smith’s fearless playing style immediately won over Atlanta’s then-leader Tunnell.

“Dylan and I had a really great connection, even beyond the obvious,” said Smith. Smith finished second in the league with 66 goals in his first season with the Hustle in 2015, with Tunnell assisting on a team-high 18. The following season, the two would hook up on 17 more scores, and helped propel the franchise to within one game of the AUDL semifinals, losing to the eventual champion Dallas Roughnecks in the 2016 South Division championship. Smith finished the regular season and playoffs with a combined 54 goals.

“We saw the field in a similar way. I feel like I probably went to the spaces that he would have gone to if he had been a cutter.”

In 2017, Tunnell retired and the Hustle needed to anchor around a different style of play. Nathan Vickroy, in just his second professional season, emerged alongside Smith to form one of the most potent scoring combos in the league, but the team struggled to a 5-9 record and missed the playoffs for the second time in three seasons. By 2018, Smith had fully assumed the role of leader of the young Hustle. Meanwhile, Head Coach Miranda Knowles redesigned the team’s overarching strategy. They no longer had the personnel to beat teams in the air, so Knowles shifted the team’s focus to short passes and speedier actions.

“It obviously was not successful for us for a couple of years,” Smith admitted. “It just didn't match what our personnel had, no matter how much we wanted it to. This last year was really the time that [with] the smallball game, we found an identity.” 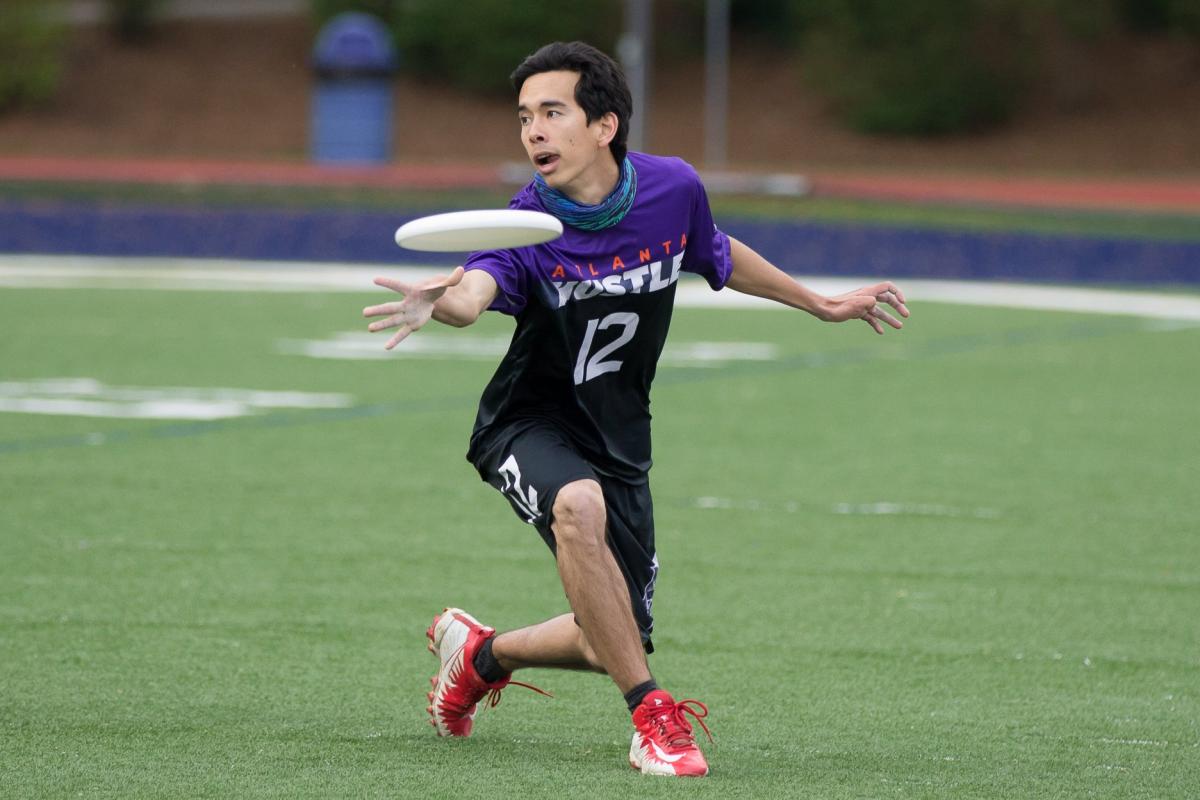 Though Smith is happiest in the air, he’s just as threatening in the small spaces of the field. He’s as quick as any player, and he can find an advantage in almost any situation.

Their new system, which featured three rotating lines instead of a set defensive or offensive unit, kicked off the 2018 season with a bang. With good health, a favorable schedule, and a stifling zone defense, the Hustle jumped out to a 4-1 record. Though the Hustle tailed off towards the end of the season, they still improved dramatically on their 2017 record. They finished 7-7 and even qualified for the first round of the South Division playoffs. 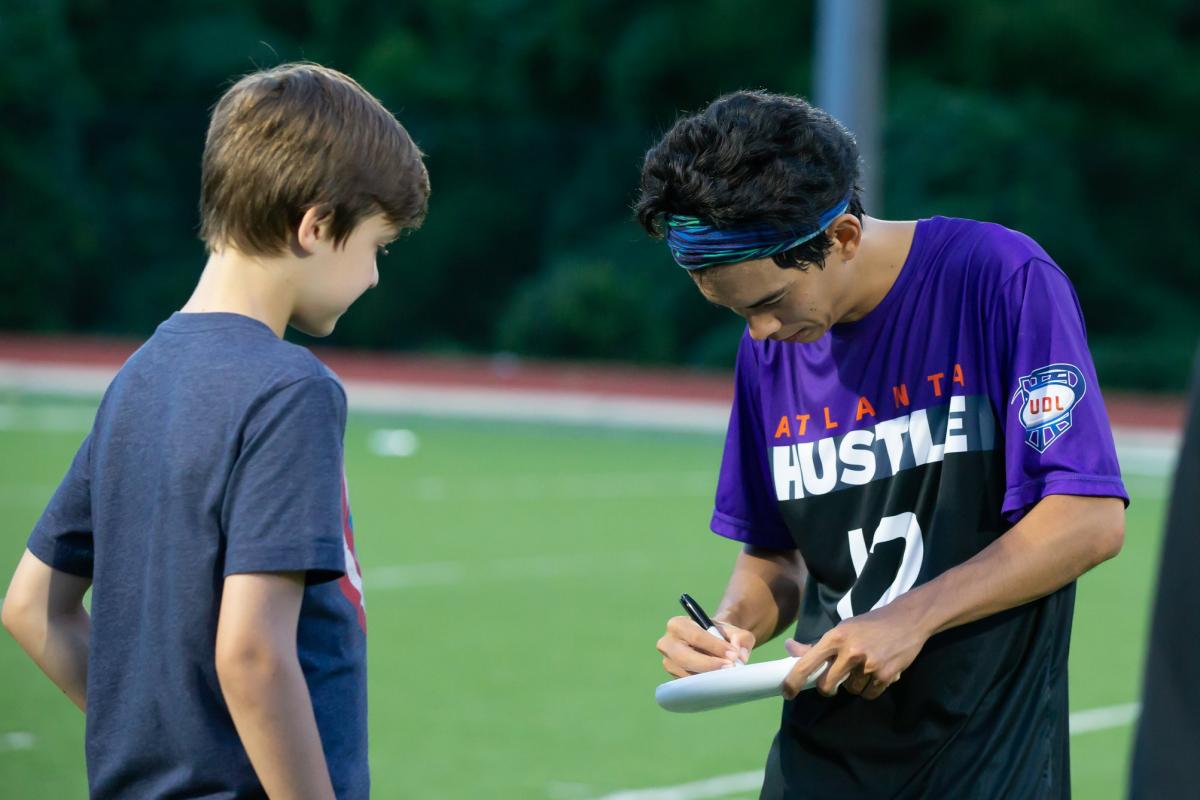 Smith continued his improvement as an individual player and team leader in 2018. Even as he ceded the deep space to athletic teammate Christian Olsen, Smith remained the team’s most important player. His plus-minus of 57 led the team, despite playing fewer offensive points than ever before in Knowles’ new system.

Knowles raved last year about Smith’s willingness to buy into the system, defer to teammates when necessary, and sacrifice his statistics for the good of the team.

“I can't tell you how much I as a coach, especially within the system, value Matt Smith,” said Knowles last season. “He is the gold standard of what we want our athletes to do on the Hustle. It's really cool, too, because he is a great competitor, and a great teammate, in that he really holds his teammates accountable. I just so appreciate that he has the stats, the completion percentage, to really back that up. He can say whatever he wants to the team, and everyone respects him, because he's walking the walk.” 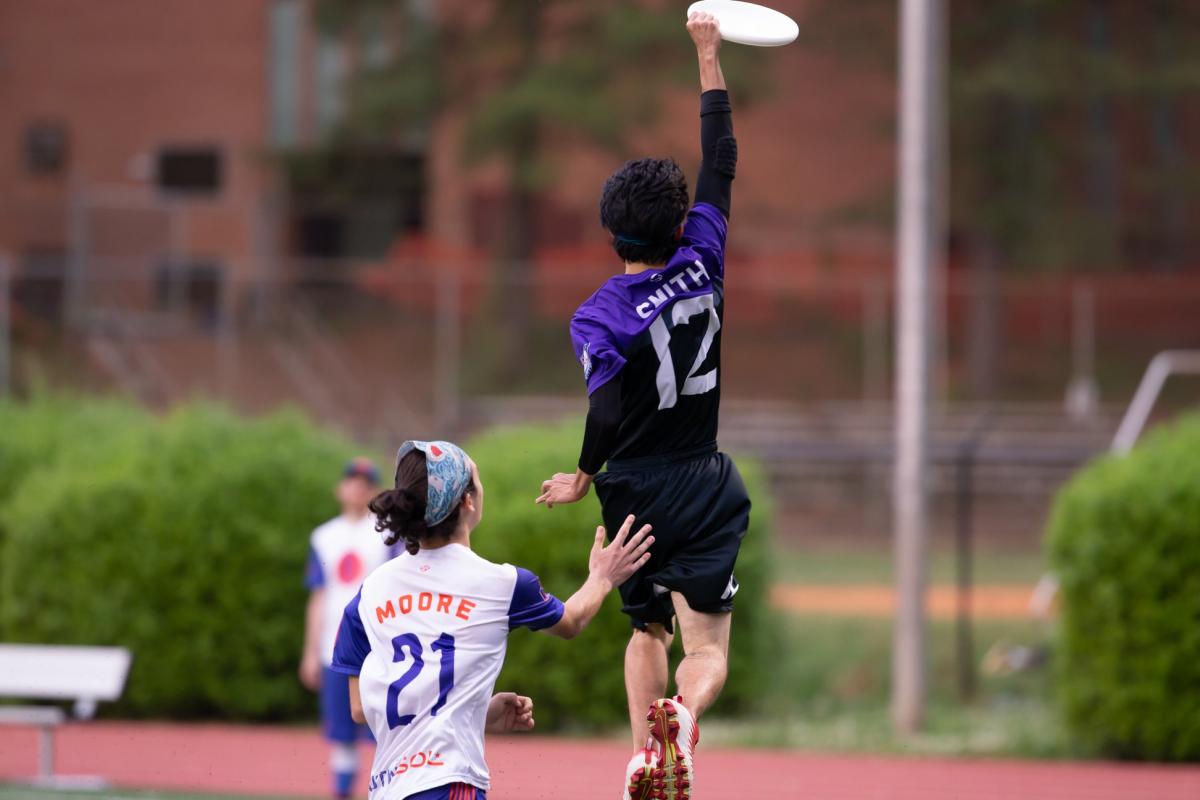 Atlanta’s future is bright. They have a new identity that works with their current personnel. As Smith is quick to point out, much of their core is 25-years-old or younger, including Parker Bray, Josh Bush, Will Lindquist, and Daniel Sperling; some development is to be expected. Smith’s role includes more mentorship than it ever has before.

Smith will remain at the forefront of the Hustle’s identity. He can fit into any set-up, on offense or defense. He’ll jump over you or juke around you. He’ll almost never turn the disc over, which is vital to their grinding, small-ball identity.

It’s likely that next season the Hustle will continue to rotate minutes almost evenly between three lines, though perhaps not to the same extreme. The team may open up the field slightly more in the deep space, though they will still focus on short, quick passes. Smith doesn’t know exactly what the Hustle’s future will hold, but he does know that he’ll contribute however possible. 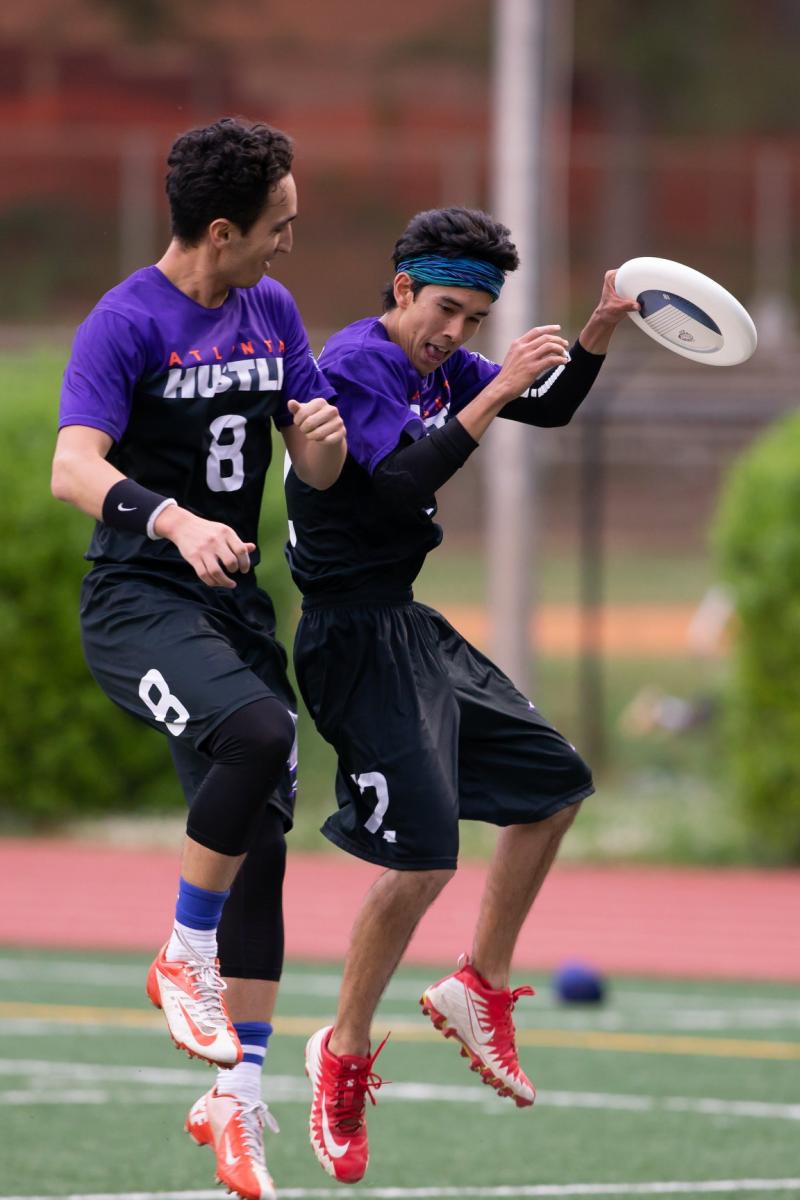 “Maybe I end up being a squirrelly handler, depending on injuries and personnel,” guessed Smith. “But at this point, I just try to be an offensive weapon. I'mma fill in wherever, whether we're playing deep-ball, small-ball, whether you need me downfield, handling, I'm just trying to put the team in a winning position. I'm down to scrap however people want it. That's the “Triple A” mentality: anytime, anyplace, anywhere. If you want it in the handler space, let's dance in the handler space. If you want to go downfield, I just want to compete. Nine times out of 10, other dudes don't want it like that.”

No matter his role, Smith will be central to all that Atlanta achieves.