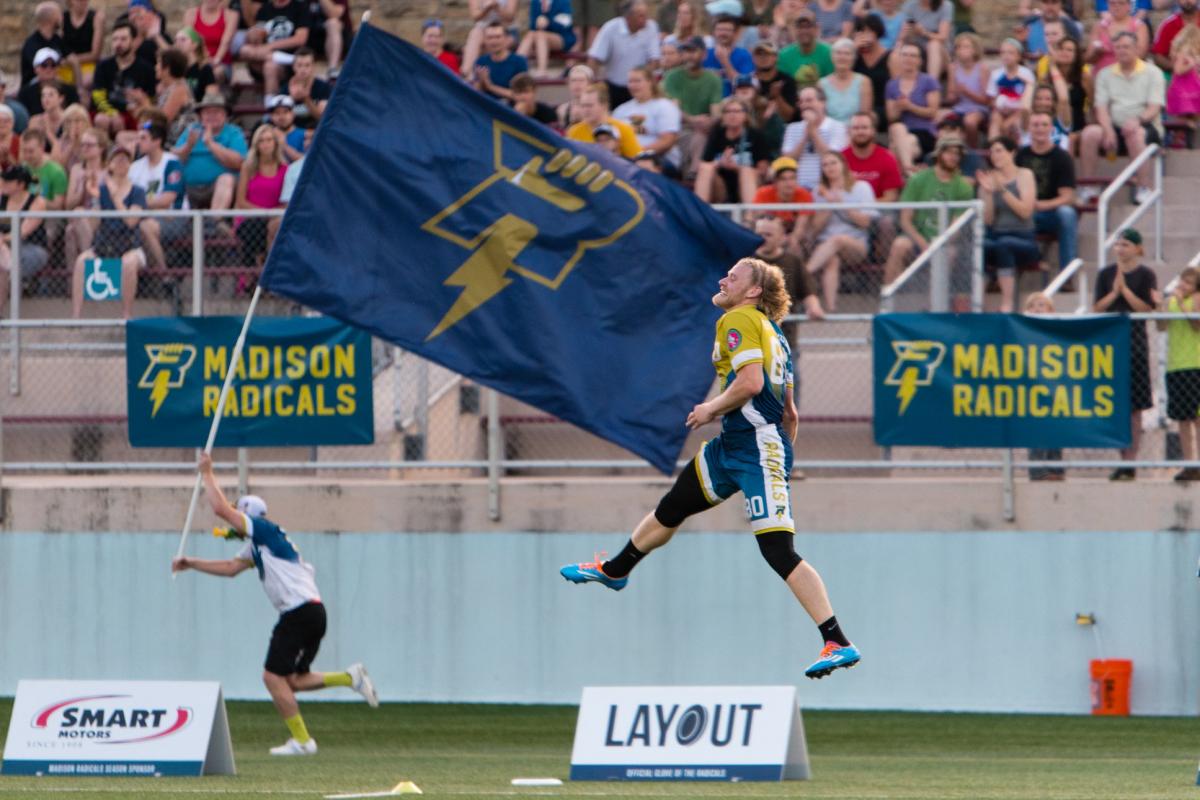 As the clock ticked down and the buzzer sounded on the Madison Radicals 2018 AUDL championship win, the team rushed the field to a chorus of thousands of fans. As the trophy presentation began, the joyous mob encircled the team, continuing their cheering for what felt like hours. When Kevin Pettit-Scantling posed with the trophy, the crowd began to chant.

It was a cathartic moment that capped off a dream season for Pettit-Scantling. But he would be the first to tell you that it was all a part of a process that started over half a decade ago.

“I felt like there was this role that was missing,” Pettit-Scantling said of the Radicals in their beginning days. “We didn't really have a spiritual leader, or anybody corralling moral, or keeping people on task. Right away after the first practice, I decided that this was a mistake the Radicals weren't going to make again.” 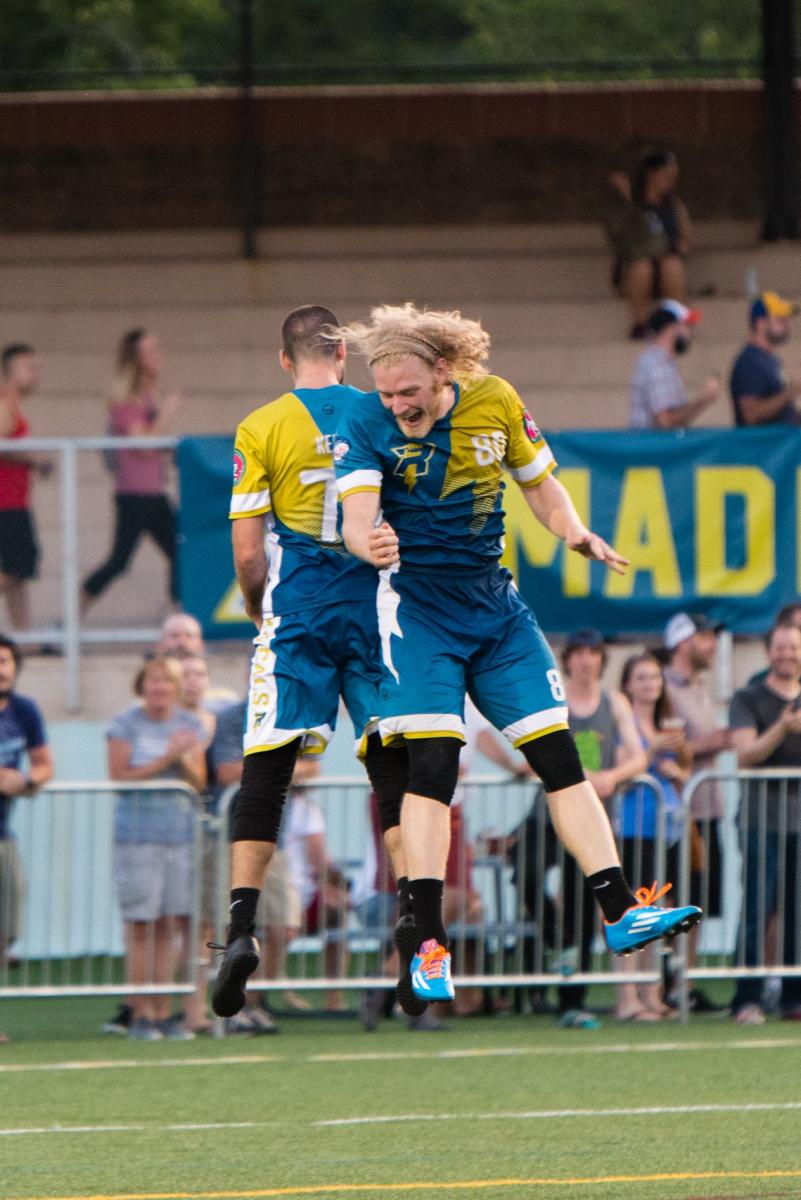 Pettit-Scantling made true on his word in the very first game in Radicals franchise history in 2013. On the road and facing the favored Chicago Wildfire, the Radicals deployed their now-famous zone for the very first time, specifically to try to stymie the connection between throwing legend Brodie Smith and 2012 MVP Jonathan Helton. The zone worked very well in gunking up the Wildfire attack throughout the game, and the Radicals found themselves up a single goal near the end of regulation. Smith possessed the disc, and had the range to score from anywhere on the field. But when looking to execute a routine swing pass, Pettit-Scantling jumped the lane and forced a turnover, allowing Madison to run out the clock and secure the win. A legend was in the making.

“I think that I got really luck,” Pettit-Scantling said of his humble start on the team. “I have done less wrong each year. I don't know how else to say it.”

He may not feel like it, but Pettit-Scantling has multiple important roles for the team. Off the field, he’s one of the best motivators. His emotional locker room speeches have become a thing of legend, and nobody is better at striking the right tone with teammates. It was his idea to bring champagne to every practice and game last year to keep the Radicals sights focused. It’s his combination of intensity, passion, and outright love for his team and all its members that have created quite the following.

“I'd run through a wall for that guy,” said defensive handler and second year Radicals player Vic Luo after the championship win. “He's just the biggest inspiration playing on the field, ever, I've had in my life.”

On the field, Pettit-Scantling has gone from promising-but-still-learning athlete to fully formed star. One of the most definitive plays of his career came from his belly in fourth quarter of the semifinals against the Los Angeles Aviators last year. Pettit-Scantling was battling an injury, but showed no signs of quit, helping single-handedly pad Madison’s lead. He had just scored bookends the previous possession by shutting down a Los Angeles handler and scoring on the ensuing throw. And then, as an Aviators huck went up, Pettit-Scantling found himself jockeying downfield for position with Chris Mazur. Mazur initially had a slight edge on the disc, but it wasn’t enough to shield Pettit-Scantling’s tenaciousness.

When Pettit-Scantling was named to the Second-Team All-AUDL last year, he was the only defensive player to earn that honor in 2018. Highlight plays like the one above define Pettit-Scantling more than any stat.

With Pettit-Scantling in the mix, alongside teammates like Sterling Knoche, Chase Marty, and Andrew Meshnick, Madison’s defense will again be stellar in 2019. In 2018, they held opponents to a league-low 17.9 goals per game while averaging the fourth highest blocks per game with 14.1. They held both Los Angeles and the Dallas Roughnecks—the number two and number six scoring teams in the league last season, respectively—to less than 20 goals at Championship Weekend.

On the other hand, Madison’s offense will undergo some change in 2019. Some players are contemplating retirement while others are moving away, so there will be a variety of openings for offensive roles. Pettit-Scantling is confident that young players can sustain the success of Madison’s system, pointing towards Tarik Akyuz’s 22 goals in his first season with the team last year as evidence.

“I think we are throwing away this philosophy that if you're young, you start out on D-Line, and you work your way up to O-Line,” said Pettit-Scantling. “We've done away with that, and we can definitely see developing some younger players to fill some of the void we might have on offense, which is going to be a ton of fun.” 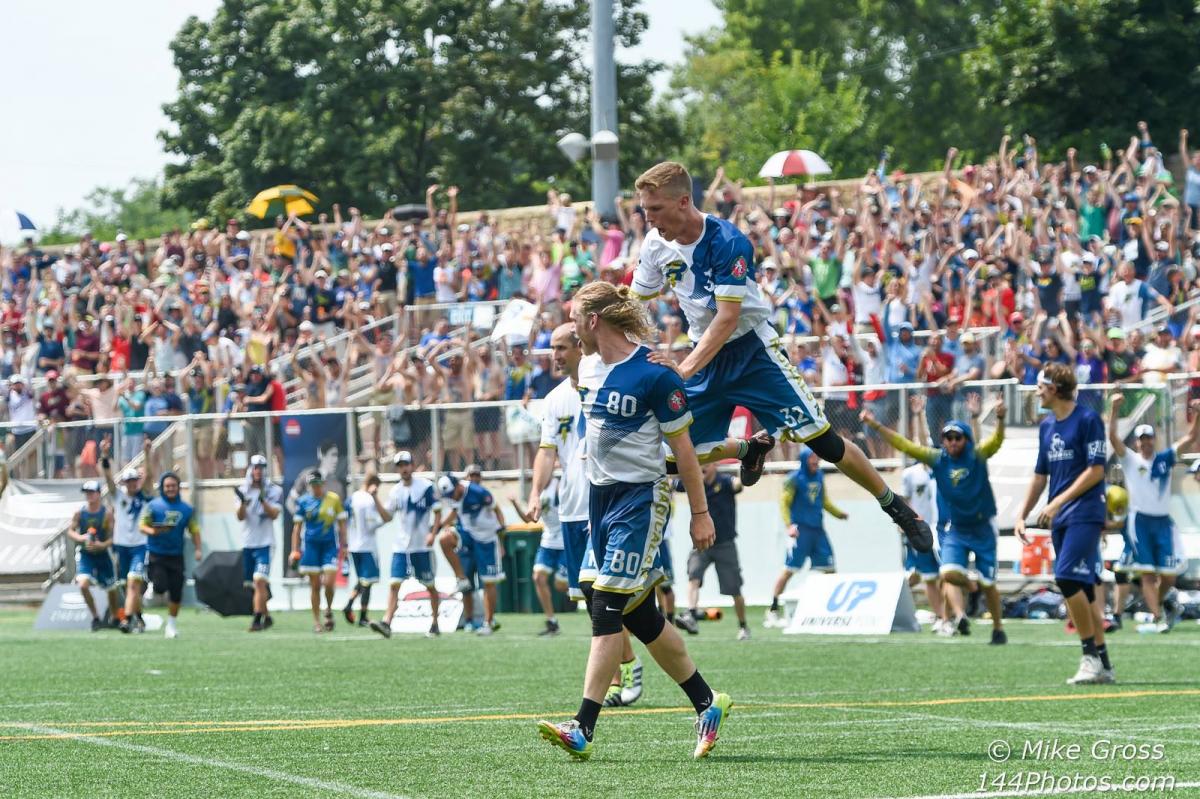 While Madison tosses youthful players into larger roles, Pettit-Scantling admits his own role may change this upcoming season. On the field, he’ll of course remain a defensive stopper. But he’s encouraging his teammates to match his vocal leadership.

“To have a team rely on one person as a spiritual leader and for motivation is a big opening for emotional collapse,” Pettit-Scantling said. “I think we should all step up on the Radicals as emotional and spiritual leaders, and I think that's how we're going to grow.”

“There's a lot of different types of leadership.”

When the calendar flips to a new season, teams’ goals and motivations always change. 2018 was the Radicals’ first championship; since joining the league in 2013, they had lost in the finals twice and in the semi-finals three times, including at home in Breese Stevens Field in 2016. That history of losing was the thorn in Madison’s side that drove them to such great heights last year.

“We all sacrifice a lot to do this, and to be elite,” Pettit-Scantling said. “Sometimes you lose enough, and it's like, is it worth it? That trial and tribulation is just everything,”

Months after winning a title, Pettit-Scantling is still looking for the answer to the question of how to motivate the team after finally reaching the summit, Pettit-Scantling admits that it’s a difficult question. But his intuition is to raise the stakes.

“We raise our standards that winning a championship isn't enough,” Pettit-Scantling said.

Everything has to be better in 2019 for the Radicals, especially because their rivals will be ready to take advantage if Madison doesn’t stay hungry. Like the Radicals in 2018, the Toronto Rush and Raleigh Flyers are chasing redemption in 2019. The New York Empire will be one of the most talented teams in league history, rivaling the 2016 Dallas superteam in star power.

Pettit-Scantling knows that Madison has room to improve. Young players like Luo and Akyuz can thrive in bigger roles, and offensive stars like Peter Graffy, Pat Shriwise, and Colin Camp can win any matchup with defenders. Pettit-Scantling wants to improve in every area, aiming to become only the fourth player ever, and first since teammate Andrew Meshnick in 2015, to record 30 assists, 30 goals, and 30 blocks in a single season. 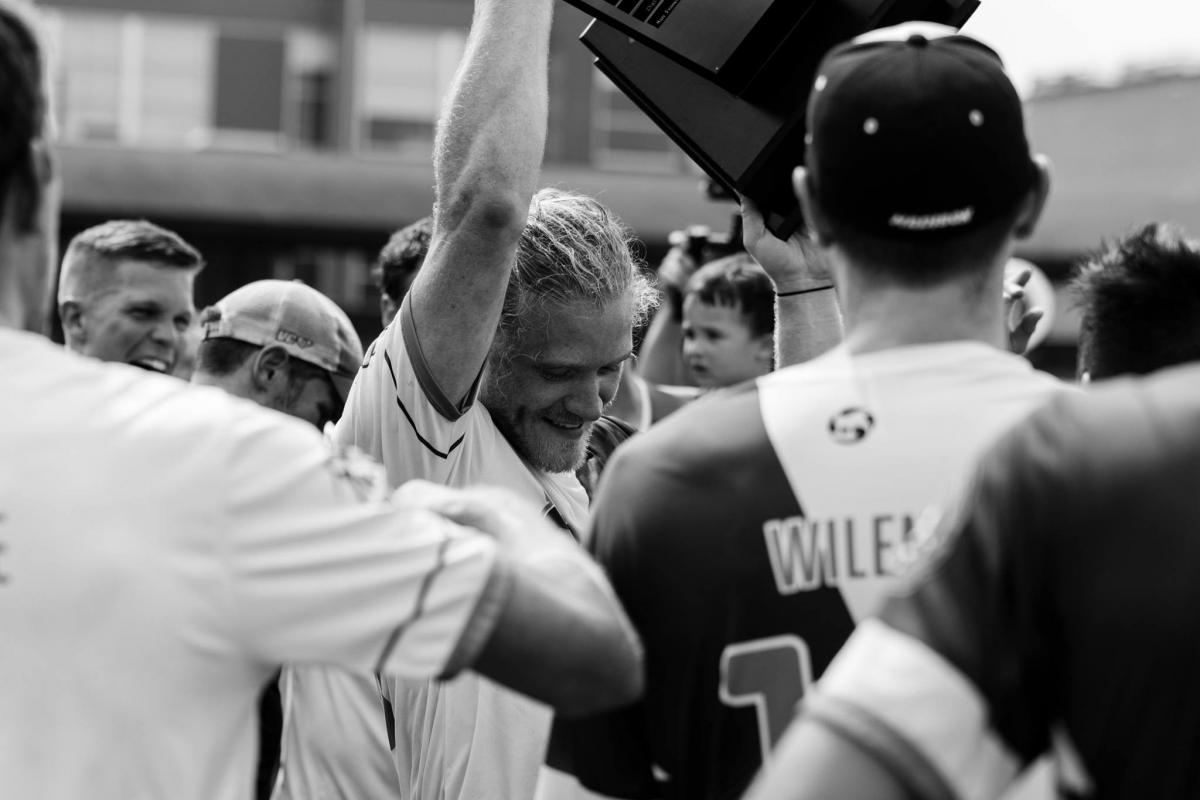 There’s more beyond statistical accolades or even competition that drives Pettit-Scantling and the Radicals. The star can’t help but be pushed by those same fans who chanted his name while he held the trophy, who’ve attended games by the thousand to watch Madison strive. As much as any desire to reassert dominance over the league, Pettit-Scantling is propelled by his relationship with Madison, both fans and teammates.

“To share [the championship] with this group of people is something I'll remember for the rest of my life. The coaches, the owners, my teammates, these fans. My girlfriend, my friends. The people who taught me to play Frisbee back home,” said Pettit-Scantling after the win. “I will never forget the people who taught me how to play. I am a culmination of all those experiences. It's just so special to have these people in my life.”