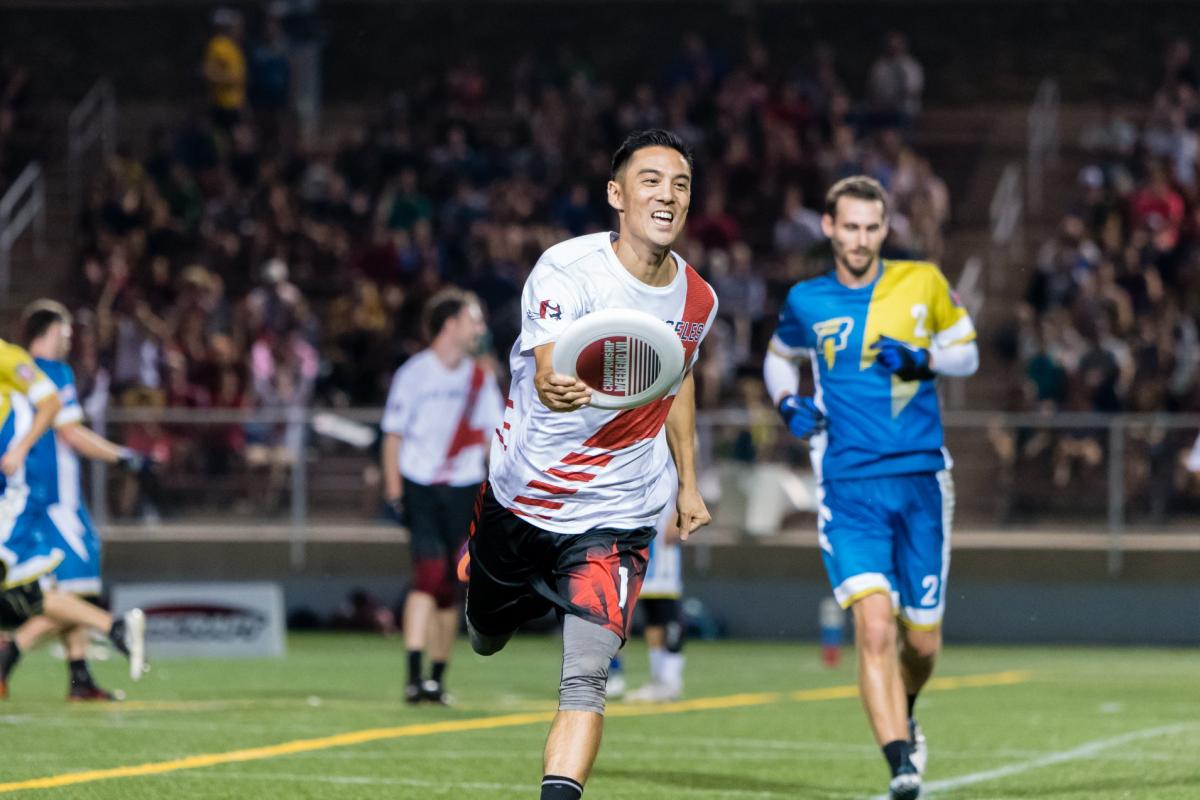 Following their first West Division title, the Los Angeles Aviators have announced their roster for the 2019 season. The team has qualified for the playoffs in each of the past three seasons, and made their first trip to AUDL Championship Weekend in 2018 with the number two scoring offense in the league. 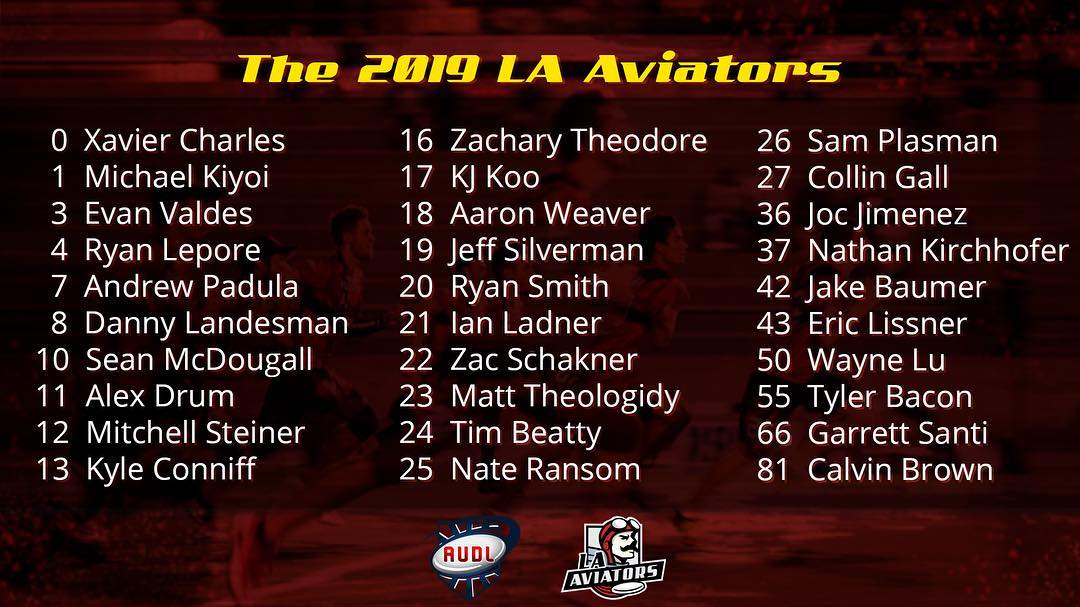 Led by player-coach Tyler Bacon, the Aviators returners are headlined by 2018 league leader in goals and First Team All-AUDL selection Sean McDougall, Eric Lissner, Tim Beatty, Zach Theodore, and Jeff Silverman. Los Angeles finished top ten in the league in both offense and defense last season, and were fifth overall in blocks per game, averaging just under 14 per game.

Los Angeles experienced a lot of roster turnover during the offseason, with 12 new players set to take the field for the Aviators. The team lost veterans Chris Mazur, Brent George, Jesse Cohen, Mark Elbogen, and Eli Friedman among others from last year's semifinals squad; those six players accounted for 126 assists, 127 goals, and over 1000 completions combined in 2018 for the Aviators in the regular season and playoffs.

Though many of the departures came from the offense, the Aviators single coverage defense that finished ninth in the league in 2018 is still intact. Led by multi-year Los Angeles veterans Theodore, Silverman, Mitchell Steiner, Aaron Weaver, and Zac Schakner, the Aviators stand to benefit from a youth infusion in the depths of their defensive lineups; though the team finished in the top 10, Los Angeles gave up 25 goals per game in their final five contests last year.