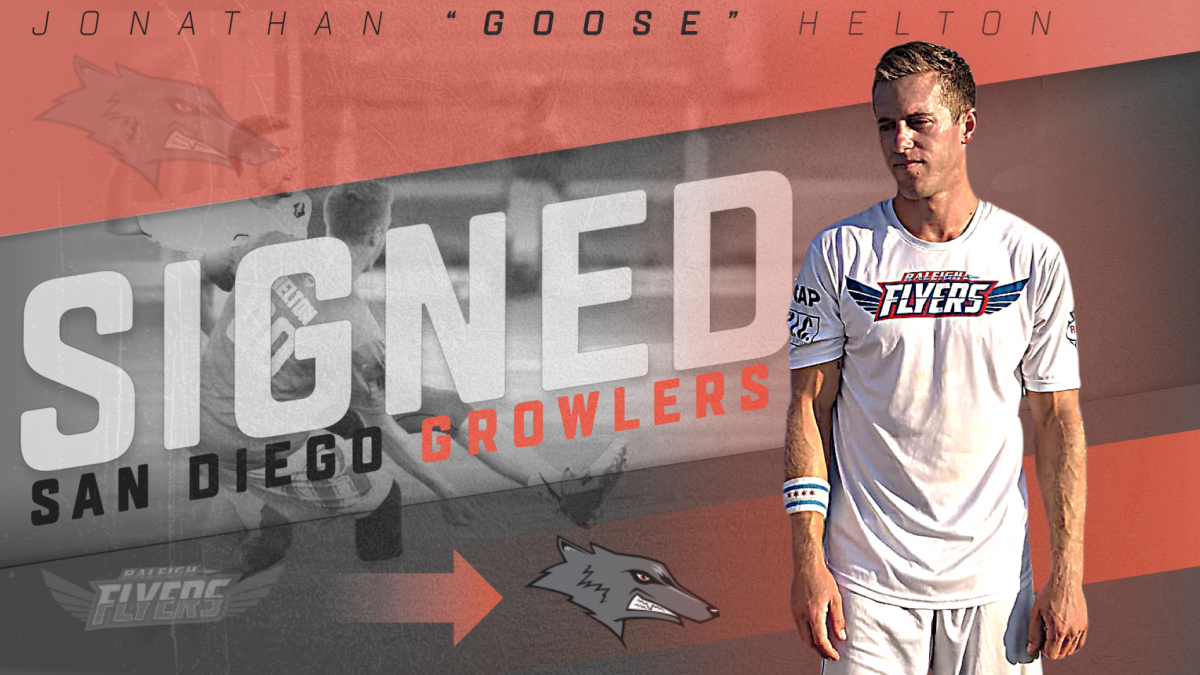 Two-time league MVP Jonathan "Goose" Helton has signed with the San Diego Growlers for the 2019 season. The second most potent offensive player in the league last year, Helton scored on 32 percent of his points played with 28 assists and 20 goals over seven games for the Raleigh Flyers. Helton will join a Growlers squad that is looking to build off of their first playoff appearance in franchise history.

A seven-year veteran of the AUDL, Helton won back-to-back MVPs in 2012 and 2013 with the Indianapolis AlleyCats and Chicago Wildfire, respectively. He is at the top of most league statistical leaderboards all-time, ranking 12th in goals (190), second in assists (276), fifth in blocks (129), and sixth in points played (1933). He will have an immediate impact alongside San Diego's top playmakers like All-AUDL member Travis Dunn, Dom Leggio, Sean Ham, Steven Milardovich, and more. 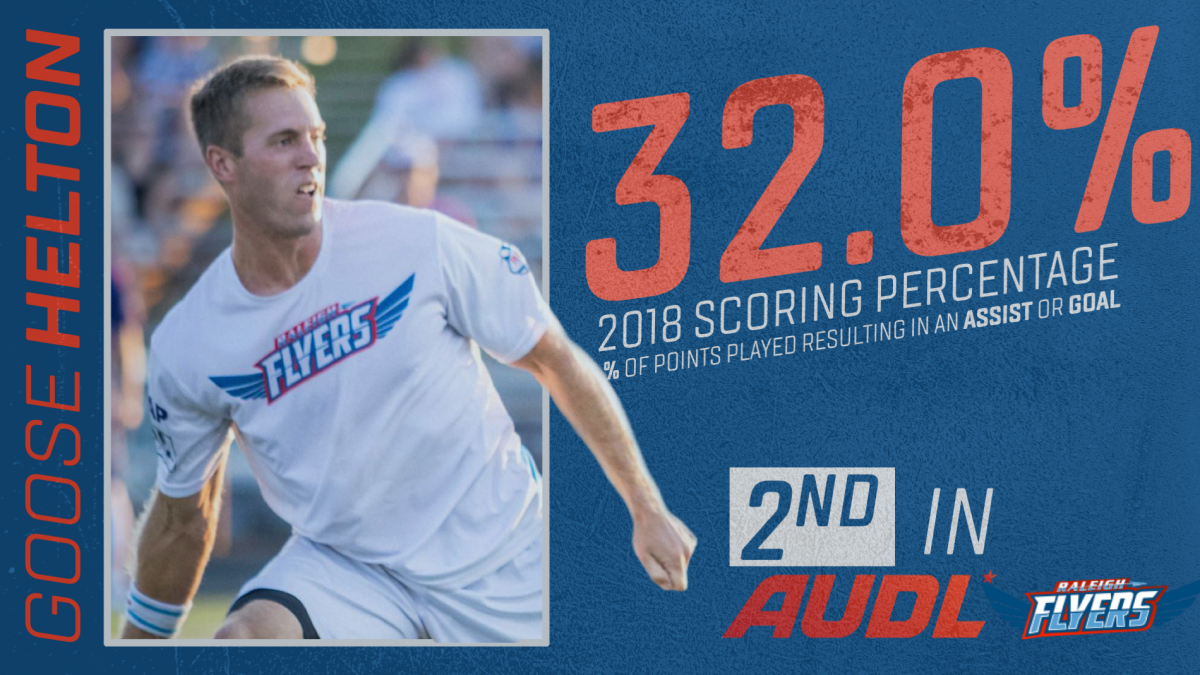