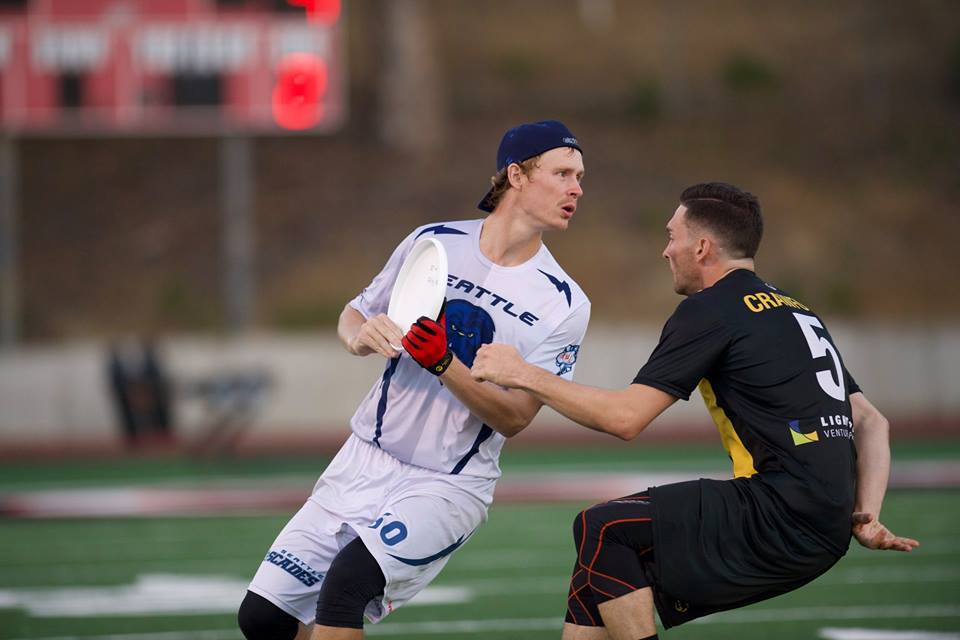 The San Jose Spiders (1-0) offense struggled to begin the 2019 season, scoring just 10 first half goals and giving the home team Seattle Cascades (0-1) plenty of break opportunities to keep their energy soaring. But after falling behind by seven goals early in the third quarter, the Spiders offense patiently regained their rhythm through the handler play of Chuck Cao and Steven Chang, who continually setup downfield looks for playmakers Lior Givol and Marcelo Sanchez. San Jose rallied behind a few late game blocks from their defense, taking the season opening win 28-27 in overtime.

The Cascades were rolling early behind a series of Spiders execution errors. Seattle was eager to start the fastbreak counterattack, punctuated by a Shane Worthington backhand rip that found a skying Khalif El-Salaam in the endzone. Mark Burton, Kodi Smart, and Henry Phan combined for 143 completions on the night leading the offense, and former Toronto receiver Jay Boychuk looked explosive in his Cascades debut, throwing four assists and scoring a game-high seven goals. Seattle was confident in their downfield looks all game, but a few forced passes late provided the Spiders with enough room to make their comeback.

Rookie Keenan Laurence came up with a few hustle plays forcing Cascades turnovers in the endzone, and Mark Philipson made an emphatic layout rejection in the second half before making the game-winning layout goal catch to seal the win in overtime.

San Jose made their comeback largely behind the play of their recent offseason additions. Givol's speed unlocked the Spiders offensive potential, and Sanchez made a series of clutch grabs in the endzone in the second half to help the Spiders come back from the dead. And despite their early turnovers, San Jose finished the game completing 238-of-254 passes (94 percent) and scoring on an impressive 73 percent of their offensive possessions.