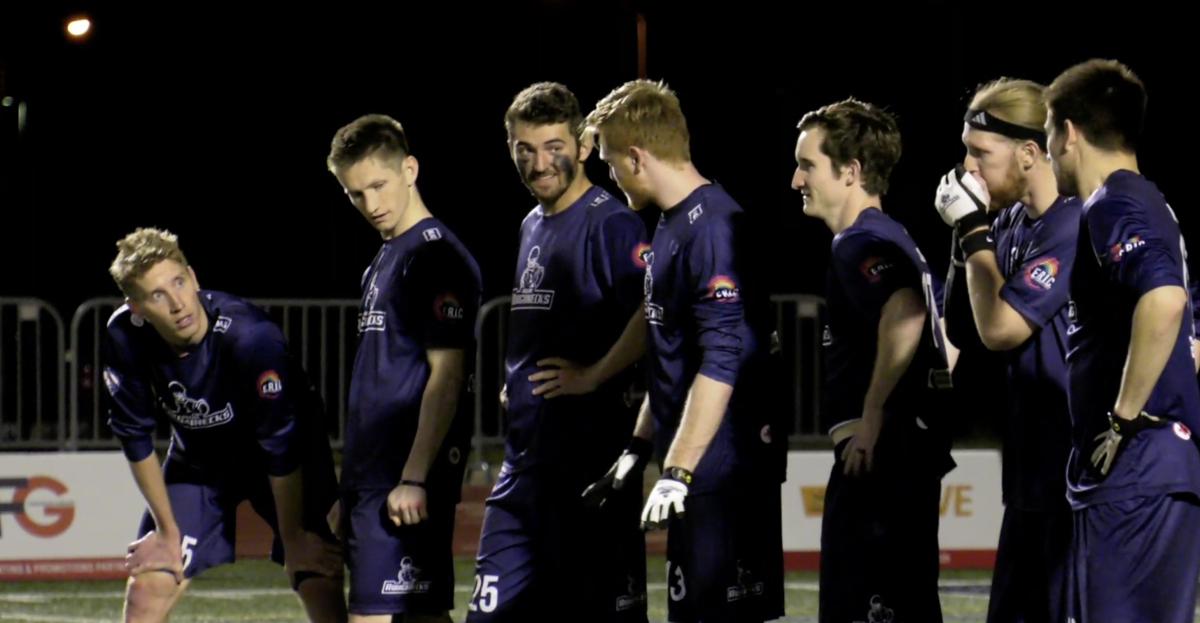 The Dallas Roughnecks fell into an early four-goal deficit to the Raleigh Flyers at home due to some poor decision making on offense. But a few minor tempo adjustments and a recommitment to hitting the first open receiver, and the Roughnecks rediscovered their rhythm and used a series of clutch defensive takeaways to rally past the Flyers for a 19-17 home opener win.

Jay Froude, Carson Wilder, and Abe Coffin combined for 10 assists, eight goals, and just two turnovers while pacing the Roughnecks offense. Veteran handler Brandon Malecek started the game slow, but finished completing 49-of-51 throws and tossing two assists, including the go-ahead huck to Wilder late in the fourth. Dallas as a team finished the game completing 230-of-246 passes (93 percent).

The Flyers offense started off hot, and Henry Fisher had a phenomenal AUDL debut with seven goals, many coming on breakaway hucks. But after scoring eight goals in the first quarter, Raleigh would post just nine more over the next three quarters, including just two in the fourth; the Flyers completed just 178-of-197 (90 percent) of their throws as a team. And while the Flyers defense did a good job slowing down the Dallas attack and holding them under 20, they squandered numerous break opportunities after cashing in on a few in the first, and generated only three takeaways as a team for the entire game.

Dallas' defense remained hungry throughout the contest, hotly pursuing Flyers receivers all over the field and coming up with a series of hustle blocks. Connor Olson and Kai Marshall each had three blocks apiece to lead the team. Down 15-13 near the end of the third, Olson sniffed out a poach block with Raleigh pinned against their own endzone, giving the Roughnecks an easy scoring opportunity to pull within one. On the ensuing Flyers possession, Marshall intercepted a first throw pass from Noah Saul with under a minute to play in the third quarter, and completed the bookends moments later to tie the game at 15s.

It is the Roughnecks fourth win in five games against the Flyers going back to July 2017. The Flyers face the Austin Sol tonight in the AUDL Game of the Week at 7:00 PM/ET on Stadium.