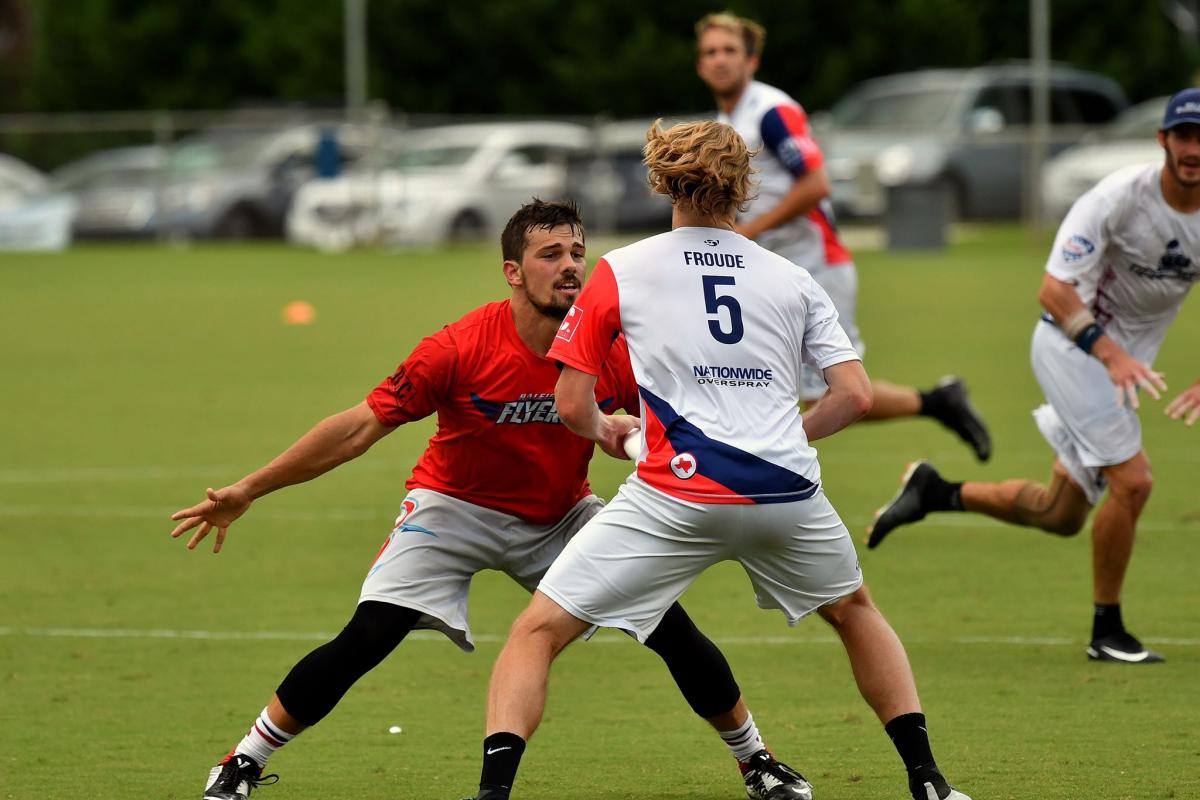 The Raleigh Flyers entered the 2018 season as heavy title favorites, but it was the Dallas Roughnecks who claimed the South Division title in a come-from-behind 20-19 stunner over the Flyers last July. The Roughnecks made a six-goal second half deficit disappear through tough team defense and big performances from Dalton Smith, Jay Froude, and Kevin Richardson. Smith sealed the victory with an upline block on a Jon Nethercutt throw with under a minute to play in regulation, securing the Roughnecks third straight trip to Championship Weekend, and second consecutive win over the Flyers in the South Division championship game.

Tonight the Flyers have a chance for revenge as they head on the road and start their season on a tough Texas road trip through Dallas and the Austin Sol. After losing a stable of players during the offseason, Raleigh will also be without the former MVP Nethercutt, as well as defenders Shane Sisco, Mike Pannone, and Joey Cretella for the first two games. But the Flyers will still be bringing a loaded travel roster, with players elevating into new roles and rookies ready to shine.

A late season addition from Atlanta last season, Allan Laviolette played limited time in three regular season for the Flyers at the end of 2018. But the handler figures to be in a much bigger role in 2019 for a Raleigh team in need of distributors; Laviolette posted 24 assists and 211 completions for the Hustle in 2017, and has the range to feed Jacob Fairfax and Terrence Mitchell downfield.

The Flyers also picked up Ross Ward during the offseason from New York. Though Ward has struggled on and off with injuries the past few seasons, his 24 blocks in 2015 was second on an Empire team that was second overall in the league in goals allowed. He will slot right into a Flyers defensive rotation that ranked fifth last year.

Winners of 12 out of their last 13 games, the Roughnecks have a lot of momentum heading into the 2019 season. After holding a dangerous Flyers offense to just 19 goals in the South Division title game, Dallas then outraced and outscored the Empire 32-30 in a shootout, demonstrating that the team is capable of playing either suffocating defense or high flying offense, depending on what it takes to win. Even without some of their top offensive players in Richardson and Matt Jackson tonight, the Roughnecks figure to be hard to contain.

Anchored by Froude and Brandon Malecek, the Dallas O-line re-adds one of the most versatile playmakers in the league in Abe Coffin tonight. Coffin missed all of last season after a breakout 37-assist, 39-goal season in 2017. The absence of Jackson might turn into a great opportunity for Dallas to get Coffin back into rhythm in his return. The team will also be looking to integrate new addition and bigtime veteran thrower Stephen Poulos into lineups; Poulos threw 52 assists last year for Nashville, and has averaged a tremendous 4.4 assists per game throughout his five-year pro career.

Defensively, the Roughnecks gave the Flyers fits in two of their three matchups from last season. Dillon Larberg averaged over two blocks per game against their Raleigh rivals in 2018, and Dallas focused a lot of effort on disrupting Raleigh's handler rhythm in the backfield. As a young team last season, the Roughnecks were second in the league in takeaways with 14.4 per game, and might be getting even better in coverage.