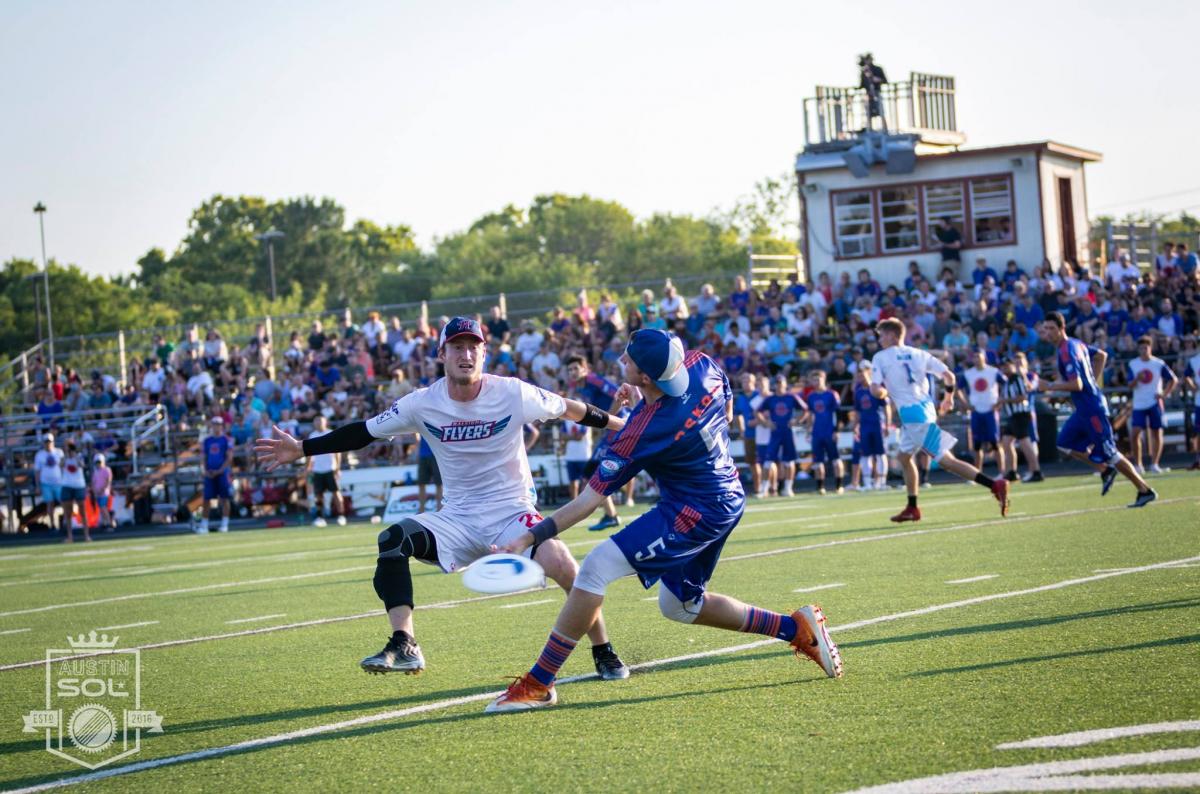 After getting out to an early lead on the road last night, the Raleigh Flyers (0-1) waned down the stretch, eventually falling 19-17 to the Dallas Roughnecks (1-0) in their season opener. Now Raleigh must face an Austin Sol (0-0) team looking for revenge after being bounced by the Flyers from the opening round of the 2018 playoffs.

Henry Fisher had a big game in his pro debut for the Flyers, collecting three assists and seven goals in his pro debut. But the Raleigh offense faltered in the second half, scoring just five goals in the last 24 minutes of play. The Flyers had 19 throwaways on just 197 total throws, completing a lowly 90 percent as a team. The team relied heavily on rookie Eric Taylor in his first game; Taylor was the only Flyer with more than 20 completions on the night, but he did commit a game-high five throwaways.

Raleigh does have the advantage tonight of having already one game under their belts. Fatigue will be an issue, but the Flyers face a Sol team still looking to warm up.

Austin does return most of their core from last year's playoff team. The lefty throwing lineup of Chase Cunningham, Jeff Loskorn, and Ryan Purcell have led the Sol attack for years, and 20-year-old Kyle Henke emerged last season as one of the most exciting offensive players in the league.

The Austin defense could slow down opponents at times last year, but struggled to takeaway the disc, averaging the third-worst blocks per game number at 9.80 per game. If the Sol defense can't discourage a Flyers offense already in gear, then it will be a long night for Austin.

Opening pull for tonight's Game of the Week on Stadium begins at 7:00 PM/ET