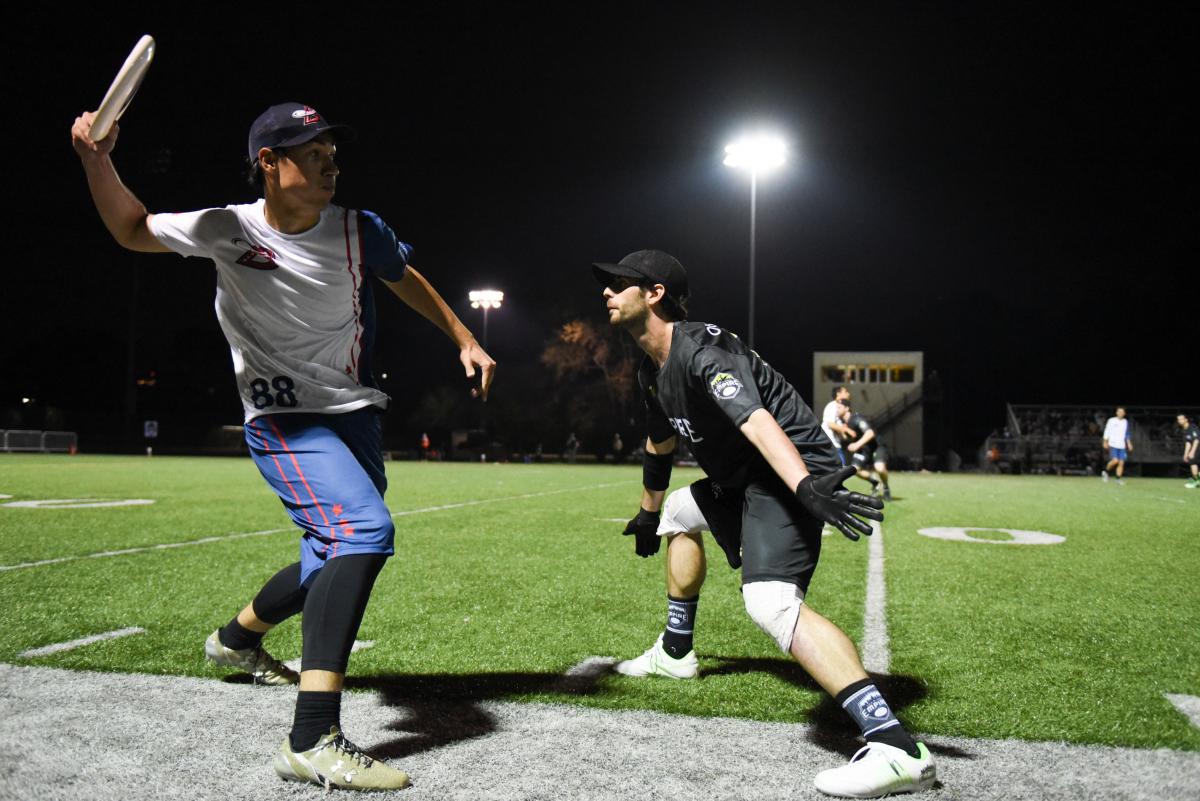 Last year, the DC Breeze won the regular season series against the New York Empire two games to one, but it was the Empire who ended the Breeze's 2018 season in the first round of the East Division playoffs in one of the wettest, most adverse games ever played. Both teams retooled their rosters heavily over the offseason, but the fierce rivalry remains the same as the 2018 AUDL MVP Rowan McDonnell leads his DC squad on the road to face a superstar-loaded New York juggernaut in the AUDL Game of the Week on Stadium.

The Empire enter the 2019 season as favorites for the AUDL crown. After a semifinals finish last season, the team upgraded their potent lineup even further, adding All-AUDL member Jack Williams and 2017 champion Grant Lindsley to an offensive lineup that already featured All-AUDL receiver Ben Jagt, Jeff Babbitt, Harper Garvey, and Ben Katz. Garvey and Katz were particularly effective against DC last season, combining for 28 assists and almost 300 completions in their four matchups against the Breeze. Katz, however, is listed as questionable for Saturday's game.

For DC, the team sustained severe losses to their top defensive lineup since their last game, and Head Coach Darryl Stanley will have his work cut out for him against an Empire team with ample firepower. The Breeze ranked sixth in the league last season in takeaways, averaging almost 13 per game, and will need to apply pressure to not let New York find their rhythm downfield. With the exception of McDonnell, who largely played offense in 2018, no Breeze defender in the active lineup had more than eight blocks last year. With Nate Prior and Xavier Maxstadt able to shoulder large throwing roles, McDonnell might have to shift over to defense, playing a similar coverage role as when he entered the league in 2016.

Offensively, the Breeze will be stocked with throwers, but without top receiver Jeff Wodatch for their 2019 opener. Over the past three years with DC, Wodatch averaged almost 37 goals per season, so filling his production void will be a hard task against the Empire's stout defense. McDonnell erupted for a 10-goal game in primetime last season when shifted into a receiving role against the Flyers in Week 7, so he may have to pull doublen line duty to keep the Breeze's chances afloat.

Under new Head Coach Bryan Jones, the Empire are looking to return to their defensive roots. Led by Matt LeMar, Mike Drost, Ryan Drost, and four-time AUDL champion Beau Kittredge, New York wants to up their intensity after surrendering a season-high 32 goals to Dallas in their 2018 semifinals loss—it was the most points scored against the Empire in the last five seasons. Mike Drost averaged over two blocks per game against DC in their 2018 series, and enters the 2019 season first all-time in league history in blocks.