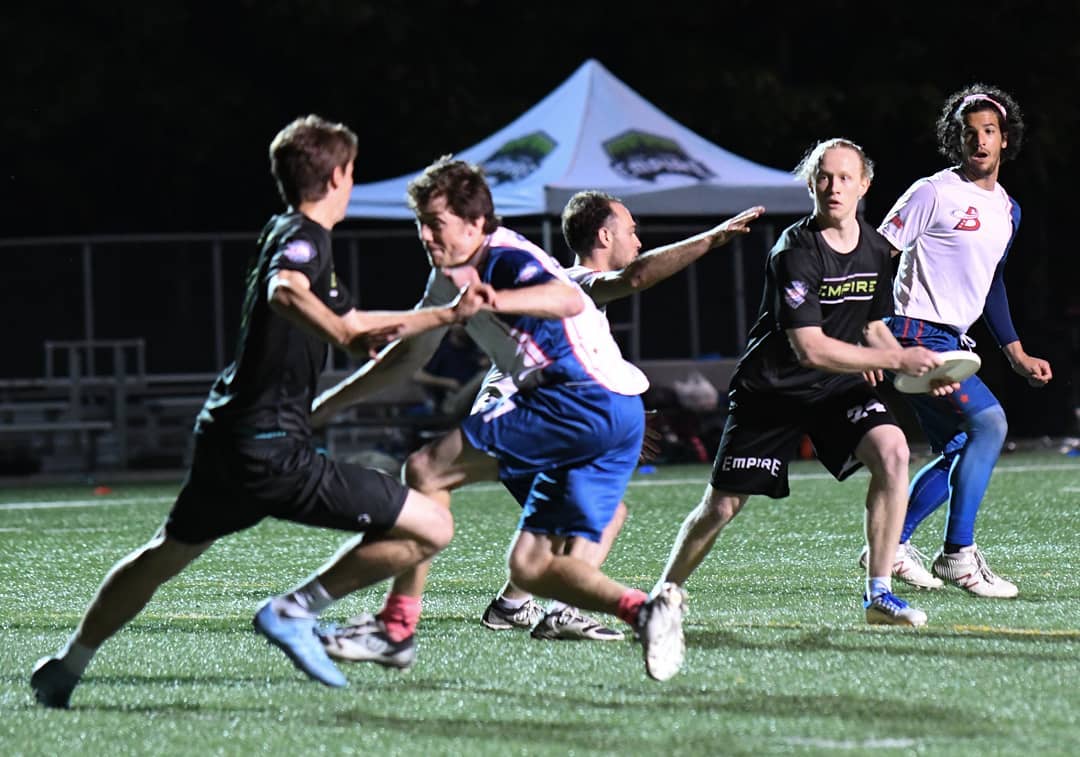 The 2019 East Division playoff field is set, with the DC Breeze, Toronto Rush, and New York Empire all qualifying for their third straight playoff appearances. The divisional playoff series will take place on one weekend in New York, with the third seeded Breeze facing off against the second seeded Rush on Saturday, July 20 at 7:00 PM/ET. The winner of the first round matchup will then face the regular season, undefeated divisional champion Empire on Sunday, July 21 at 6:15 PM/ET for the right to represent the East Division at 2019 Championship Weekend. Both divisional playoff games will be available live on AUDL.TV. 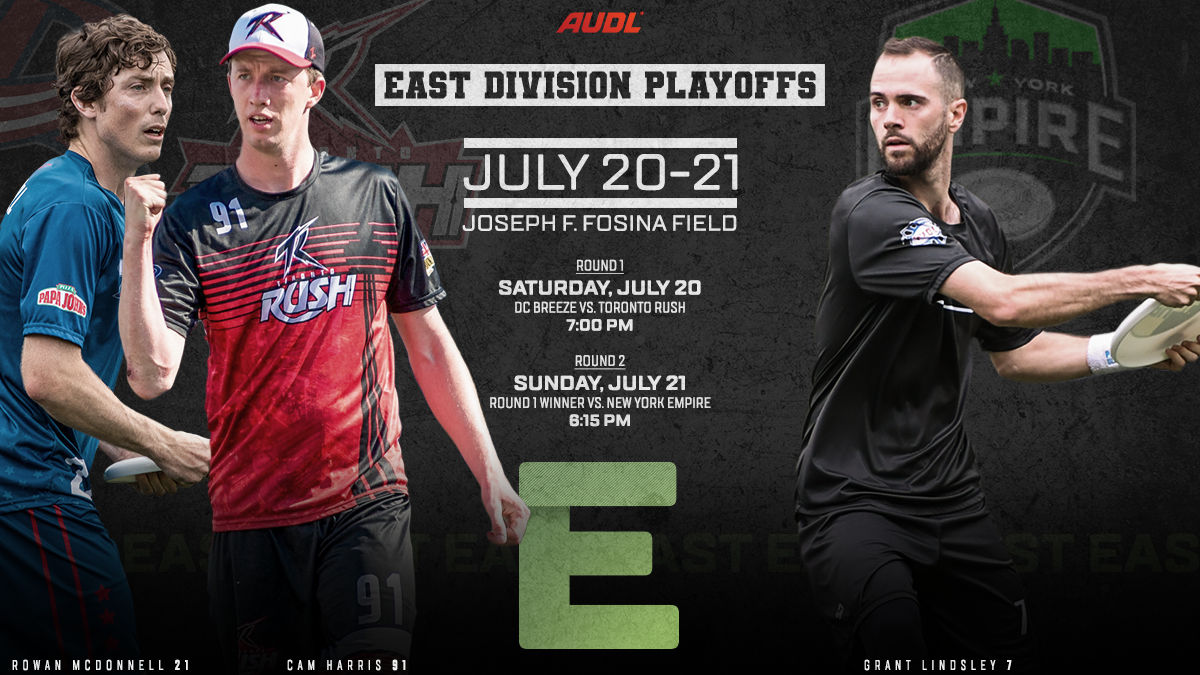 “All three playoff teams in the East liked the concept of a centrally located playoff weekend that could try to mirror the excitement of Championship weekend,” said Toronto Rush Managing partner Jim Lloyd.  “We felt a weekend showcase might be an interesting alternative for not only our fans but also for the growing fanbase worldwide who watch us on AUDL.TV."

Saturday’s game will mark the first neutral venue meeting between the Breeze and the Rush. The Rush have a 3-0 all-time playoff record against the Breeze, with their most recent meeting resulting in a 29-26 Rush victory in the 2017 East Division Championship Game. After representing the East at Championship Weekend for five straight seasons, the Rush failed to come out of the East for the first time in franchise history in 2018, losing the division championship to the Empire 18-17.