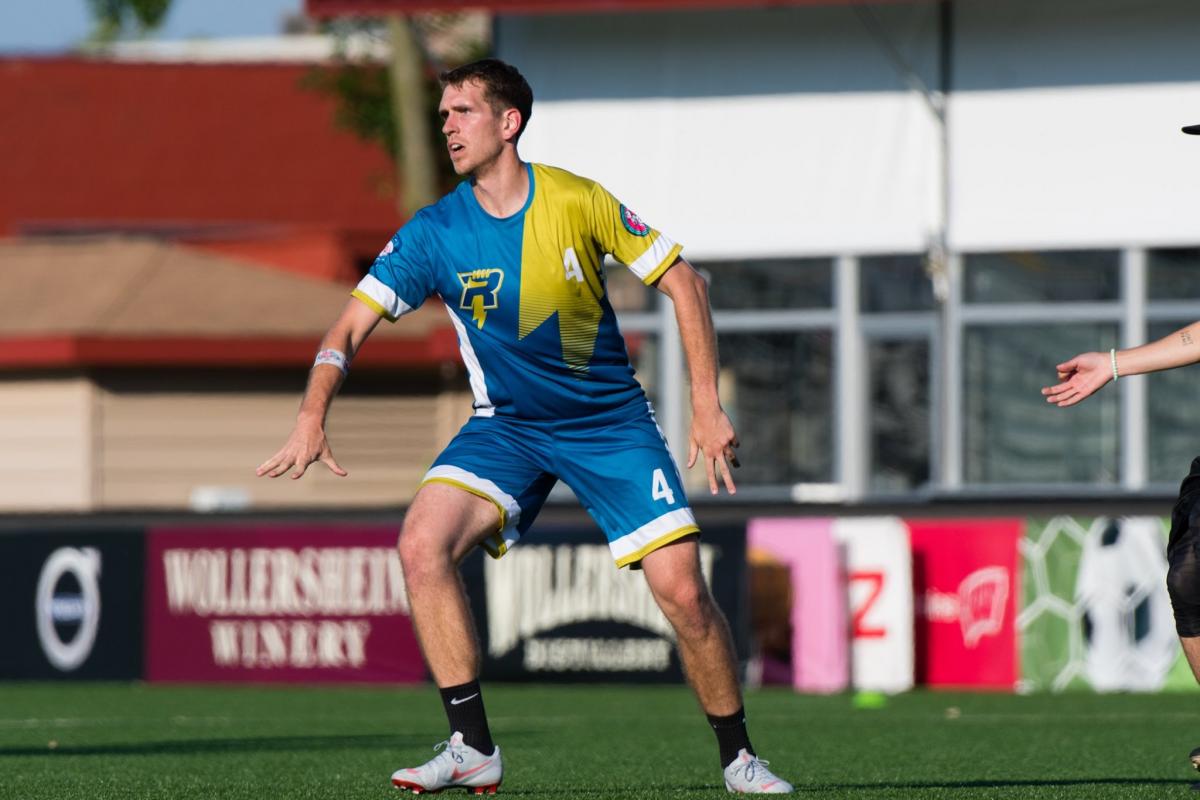 After team nominations and player voting, the American Ultimate Disc League is proud to announce the four winners of the AUDL Integrity Award. The award is given to one player per division who demonstrates the highest level of integrity on and off the field.

Congratulations to the recipients of the 2019 AUDL Integrity Award: 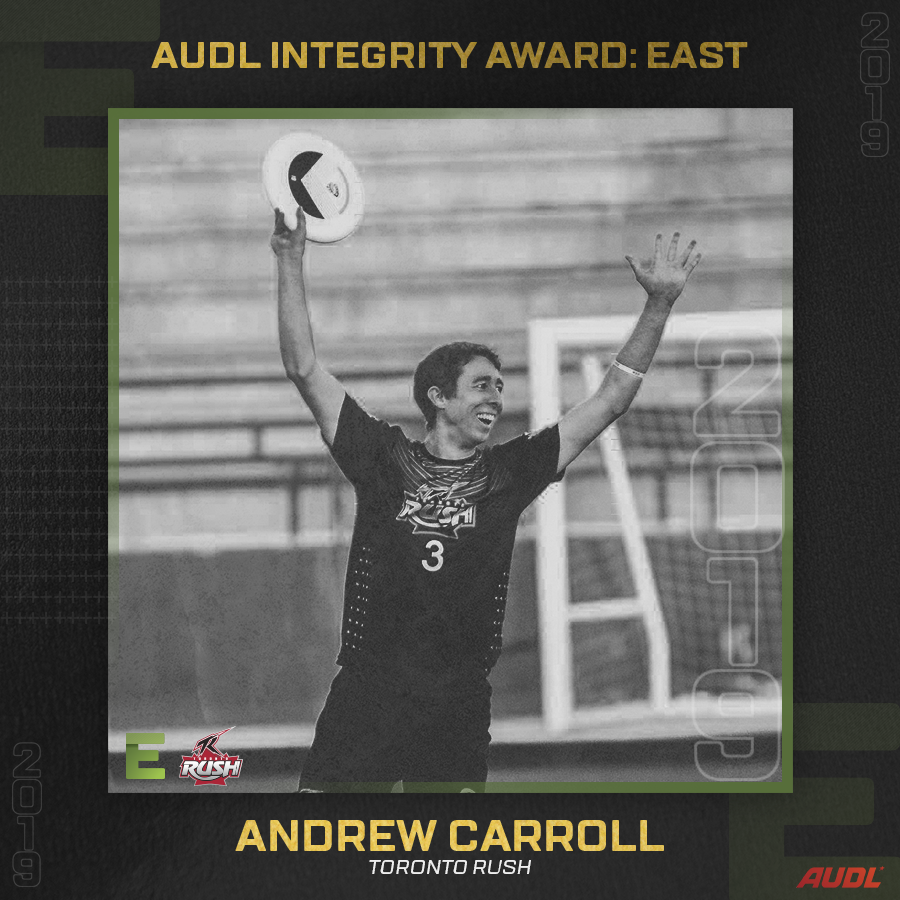 Andrew Carroll receives the East Division AUDL Integrity Award. A five-year Rush veteran, Carroll became a primary O-line cutter for the Rush in 2017, and over the past three seasons he has accumulated 85 assists and 79 goals in 31 regular season games (5.3 scores per game avg.).

“Andrew epitomizes what ultimate players should strive to be,” said Rush owner Jim Lloyd. “He is a fierce competitor that always shows tremendous respect for his opponents, teammates, the fans, and our sport.” 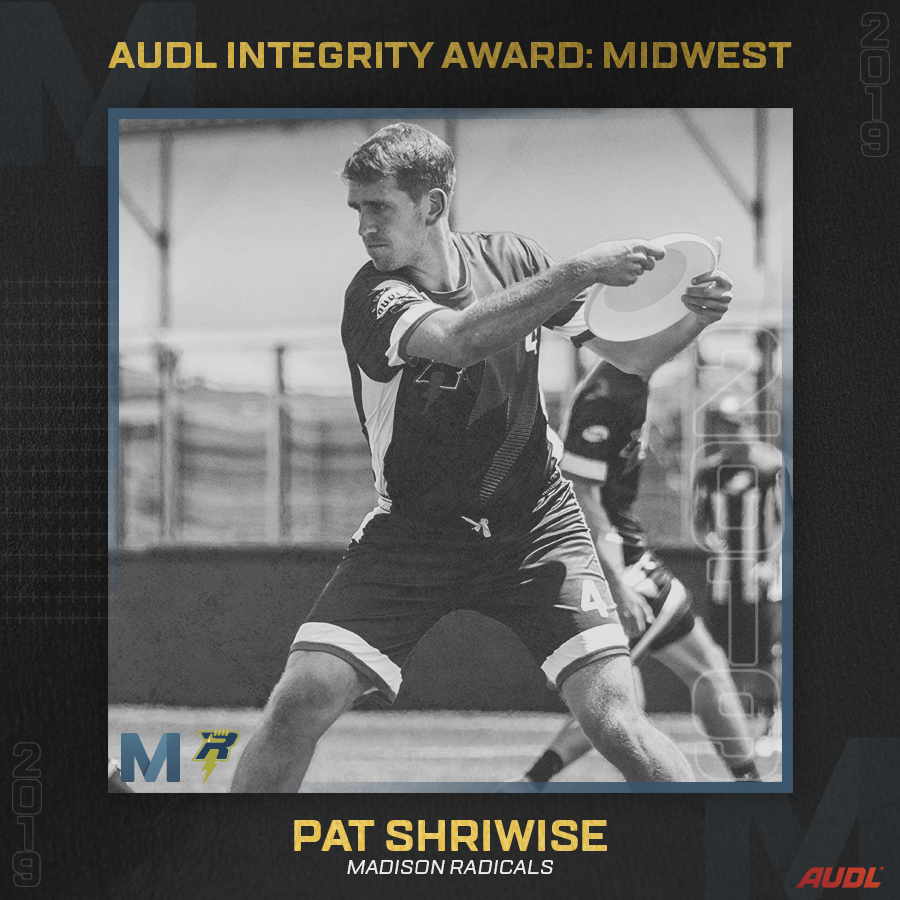 Pat Shriwise is awarded the AUDL Integrity Award for the Midwest Division. Shriwise has played on the Radicals since the beginning, splitting his time evenly between offense and defense his rookie season before becoming an offensive stalwart starting in 2014 and continuing through 2019. Shriwise ranks 18th in career games played, with 95 over seven seasons. He has averaged over 3.5 scores (goals plus assists) per game for his career.

“Pat is humble in a beautiful way. He leads by example, never talks about himself, and wants to know more about you,” said teammate Kevin Pettit-Scantling. "You can tell that his skill is practiced."

“I remember playing against him in the all star game,” Pettit-Scantling continued. “That match up was as difficult as it was rewarding. If I remember anything about Pat, it will be that night going head to head one last time.” 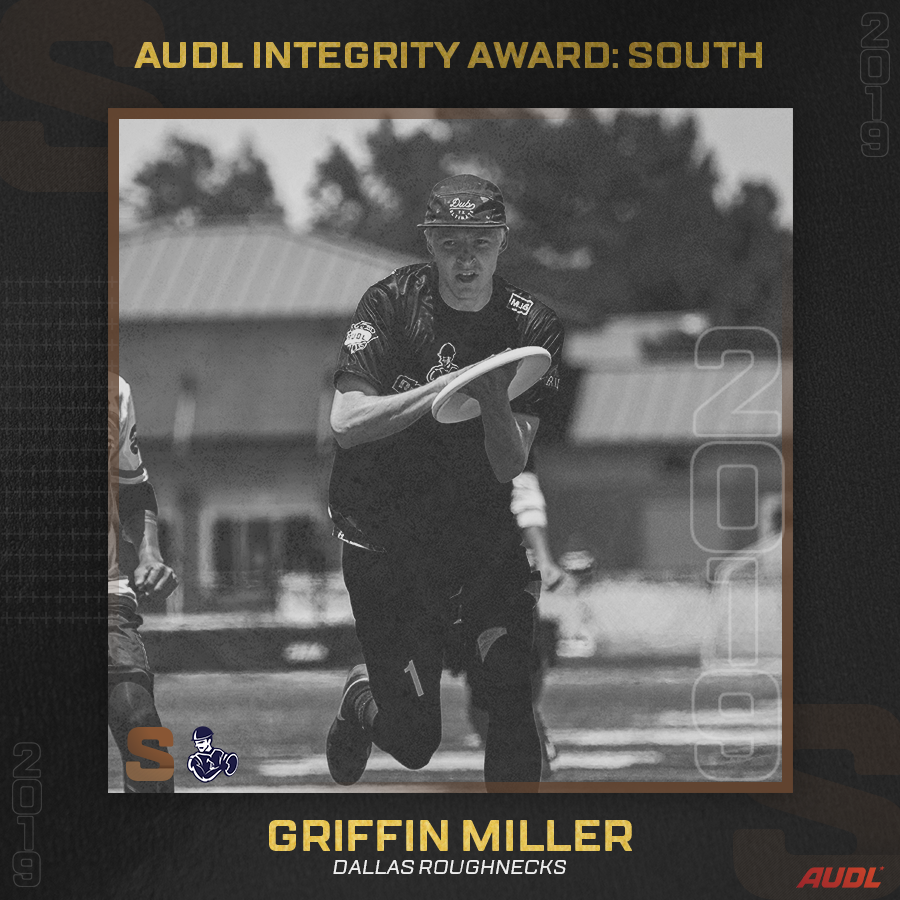 Only having played two seasons with the Roughnecks, Griffin Miller has made a quick impression on the South Division with both his integrity and his play on the field. One of the faster players in the league, the Roughnecks defender draws some of the South’s toughest matchups week in and week out, frequently limiting the impact of opposing cutters.

“Griffin has been a great leader and example of integrity on our team,” said Roughnecks Head Coach Wes Nemec. “He is definitely a firey competitor, but I have always seen him display full respect and honesty to our opponents and officiating staff even during intense games. This is an admirable quality, and one that all players should strive to emulate.” 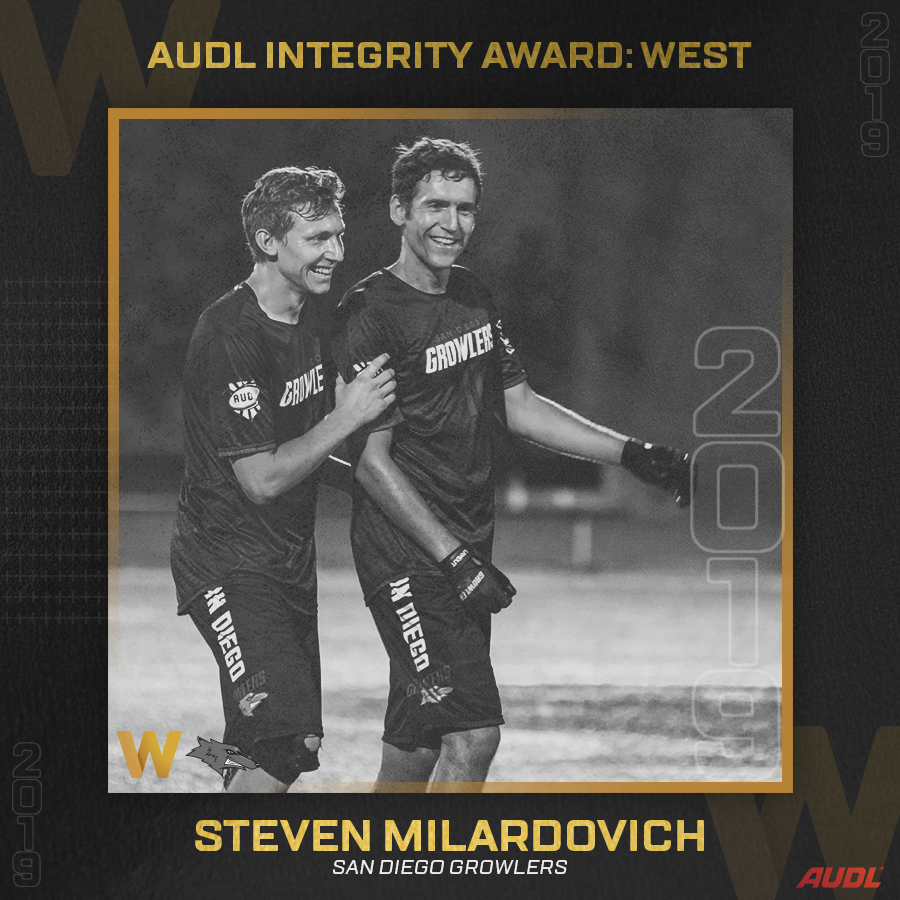 Steven Milardovich exemplifies what the Growlers have built over their first five seasons in the league. The Growlers captain has led the team to a consistency that vaulted the Growlers to an 11-win season in 2019, building on last year’s momentum of their first ever playoff appearance. Milardovich holds a long list of franchise records, including most points played, most blocks in a single season, and most career blocks.

“It’s no surprise Steven was nominated,” said teammate Jonathan “Goose” Helton. “It seems like once every couple of games he is somehow involved in an integrity call. His fair-mindedness is self-evident on the field, especially during the brief moments of player-to-player conversations. ‘Blade’ simply wants the right call and outcome to prevail, even at the cost of personal gain. Values like that are really easy to admire in both teammates and opponents.”