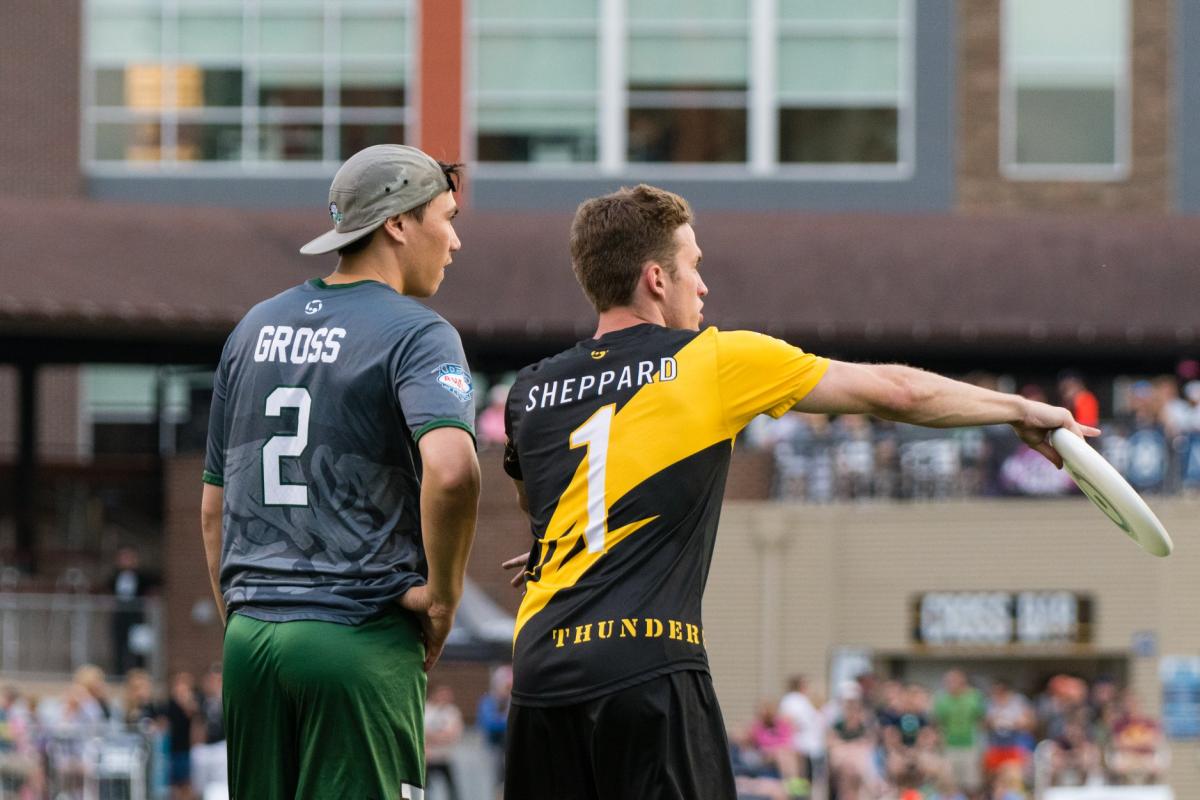 The first time I saw Max Sheppard was in 2015 playoff game during his rookie season with the Pittsburgh Thunderbirds. 20 years old at the time, Sheppard's lightning speed stood out immediately as a defender, allowing him to easily compensate for his short stature by covering massive tracts of turf in a heartbeat. But his movements were overzealous, and as a result his timing was a bit off. Sheppard ended the game with just two touches in the T-birds loss.

Those two touches, though? The first was a no-pivot assist out of a double team that was so quick in its twist I felt my knee ligaments tighten all the way up in the press box. The second is still one of the most unique throws I've seen in a game situation. With less than four seconds remaining on the clock at the end of the third quarter, Sheppard received the disc on an in cut and in one fluid motion spun and fired a 35-yard pinpoint hammer into tight coverage for the score.

The kid had flair. 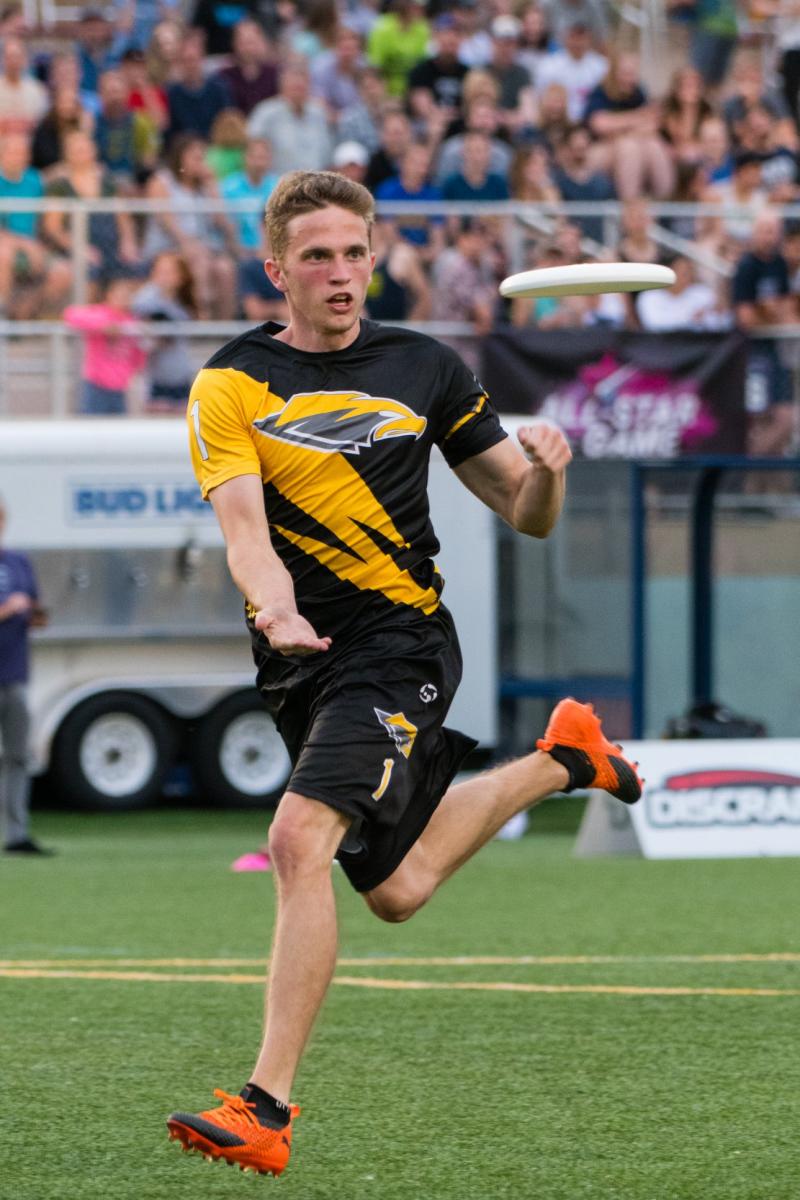 Fast forward to the 2018 season. After three straight Midwest Division championship game appearances, the Thunderbirds roster experienced heavy turnover, and the team suffered. Pittsburgh went just 4-10, with three of those wins coming against the winless Mechanix. But an inexperienced roster created opportunity for Sheppard and his ever-evolving skill set. From diamond in the rough to team leader, Sheppard threw 509 passes in 14 games—his previous career high for throws in a season was 96—and finished fifth overall in the AUDL with 64 assists, to go along with 31 goals and another 30 helper "hockey assists".

The raw scoring numbers, while impressive, were offset by a chucker's inefficiency on a bad team often playing from behind. Shooters gotta shoot, and Sheppard rarely saw a flick huck he didn't want to try—he completed a woeful 86 percent of his passes in 2018. But the free reign and high volume of usage on offense gave Sheppard hundreds of reps tweaking and exploring greater potential with the comfort of being allowed to fail. 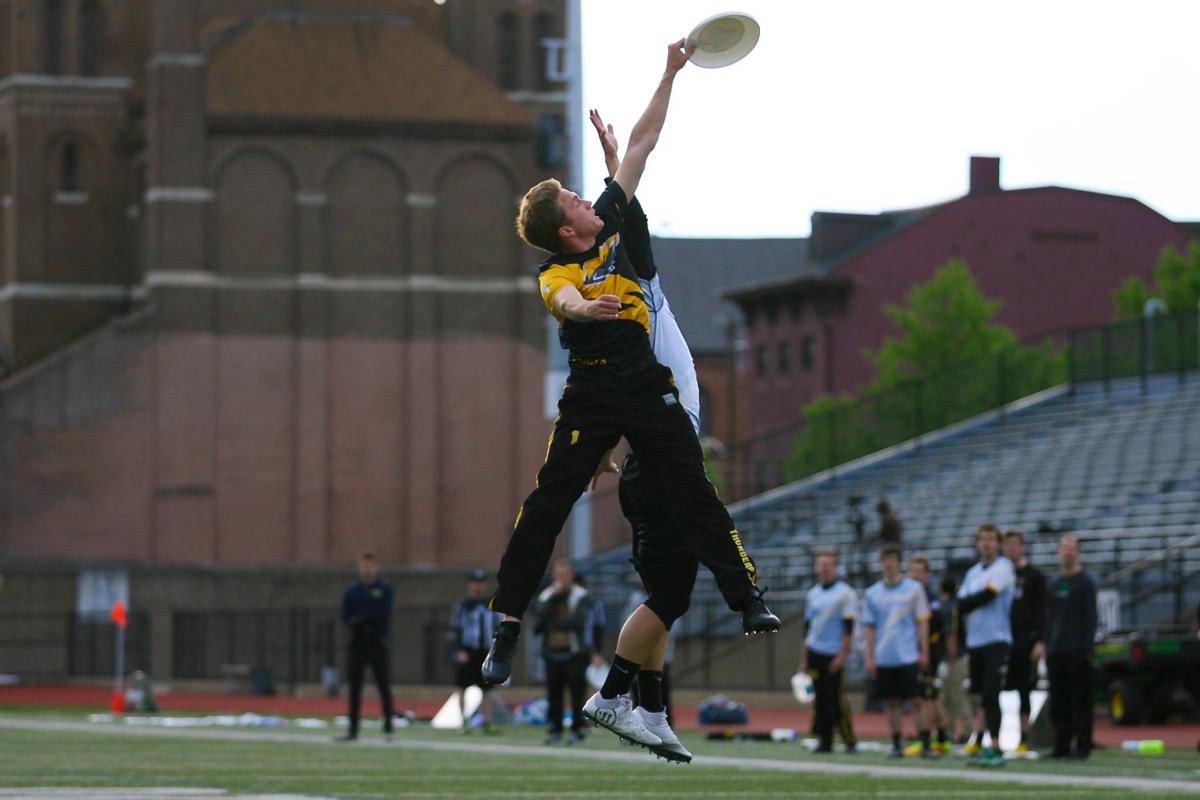 Then came 2019. Being a great forecaster, I had Pittsburgh pegged as the second worst team entering the season. Wrong. In an offseason headlined by big free agent acquisitions, it was easy to overlook a Thunderbirds roster building from within. The team reinserted two sneakily great players in Thomas Edmonds and Anson Reppermund back into the lineup after missing them for the entire 2018 season, injecting the team with a star-level performer on both offense and defense. But for all the adjustments and improvements elsewhere, it was the refining of Sheppard and his proverbial "leap" from good to great that made the T-birds soar again.

Just not right away. Pittsburgh began 2019 by losing its first three games, with Sheppard platooning on both offense and defense. It wasn't until the Thunderbirds hosted Chicago in an all important mid-May matchup that Head Coach Pat Hammonds switched Sheppard to offense full time and turned the team's season around. Pittsburgh beat Chicago, and went on to win eight of their final nine regular season games as Sheppard had an MVP runner-up campaign.

The green light, audacity, and raw scoring numbers were there again for Sheppard. The difference was his efficiency and potency with the disc were on a whole new level. Complemented by the throwing talents of Edmonds and Jonathan Mast, Sheppard could pick his spots more when he had the disc, as well as roam more downfield as a receiver. 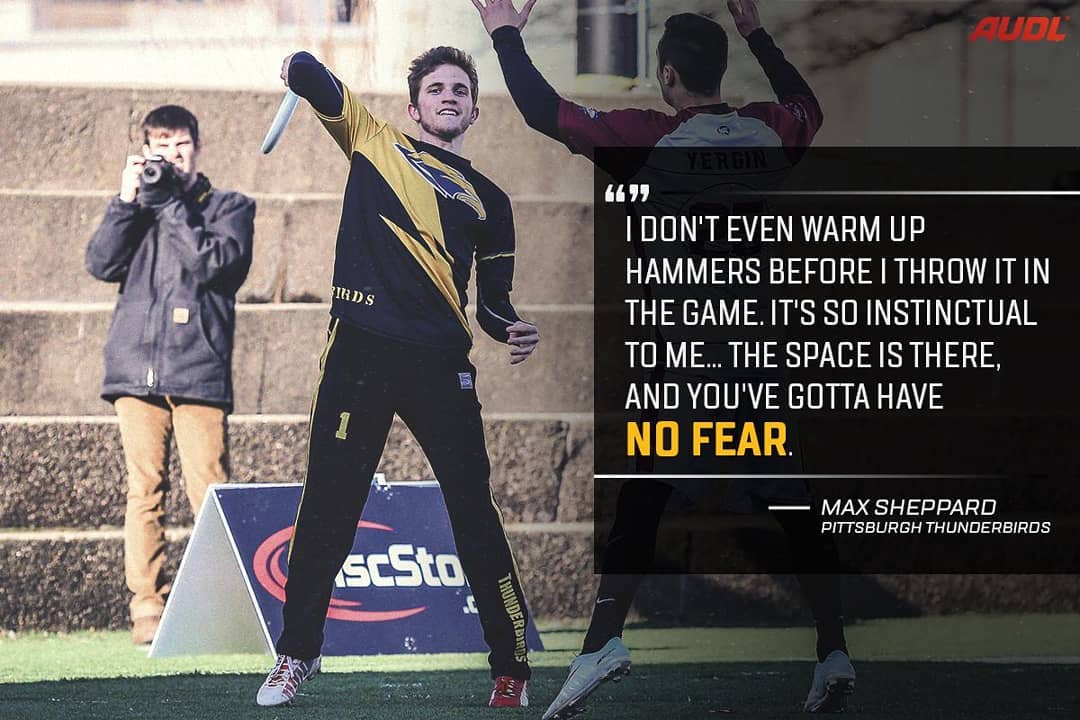 As a result, Sheppard became one of five players in league history to have a 50-assist and 50-goal regular season. Two points make those numbers even more staggering. First, the league reduced its season schedule from a 14-game format to 12 in 2019. Second, Sheppard's touches diminished by over 200 between 2018 and 2019, but his overall scoring numbers improved; Sheppard scored on a ridiculous 37 percent of his 304 regular season touches in 2019. Oh, and he also jumped his completion percentage up six full points, from 86 to a much more respectable 92.

Following his anointment as the first-ever AUDL All-Star Game MVP in the beginning of June, look at this seven game tear Sheppard went on to close out the 2019 season, including the playoffs:

And if the NASA-grade scoring numbers weren't enough, how about some highlight plays for emphasis. Tight window, seeing-eye assists. Give-and-go sprints. Skyscraping jumps. Game-winning goals. That hammer. Sheppard's bag of tricks is as deep as it is dazzling.