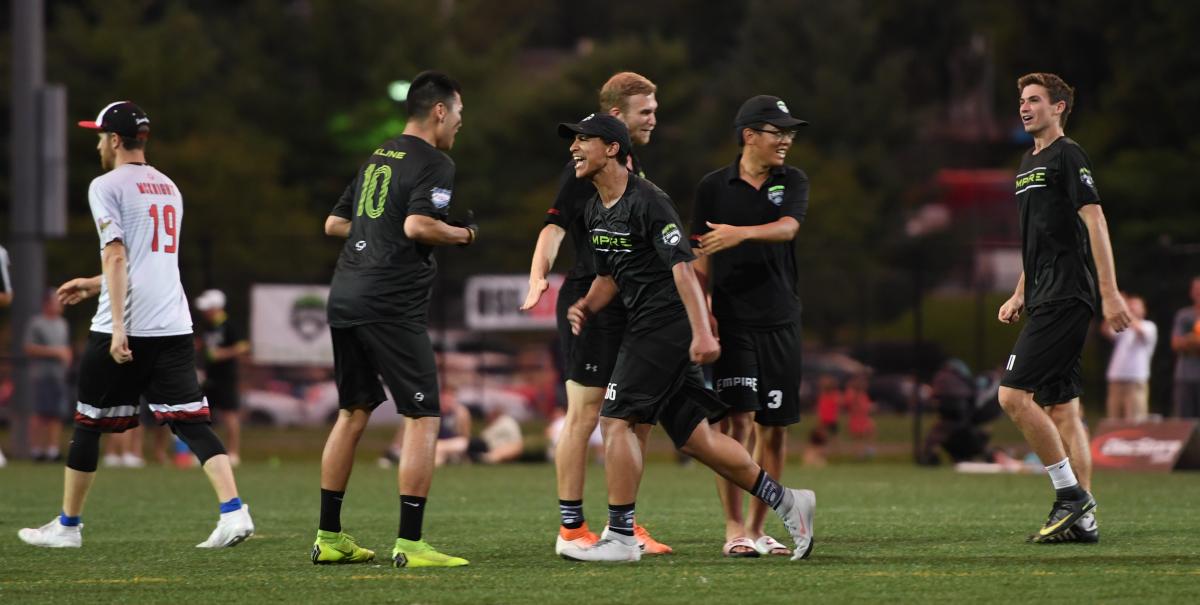 The first semifinal of 2019 AUDL Championship Weekend kicks off with two legacy franchises that have never won a title, as the Indianapolis AlleyCats face off against the undefeated New York Empire. The Empire are making their fourth semifinals appearance since 2013, while the AlleyCats are returning to Championship Weekend for the first time since playing in the inaugural AUDL Championship Game in 2012. The Empire enter as heavy favorites, but the AlleyCats have built their team identity on proving haters wrong, and are experienced at winning with the odds stacked against them. 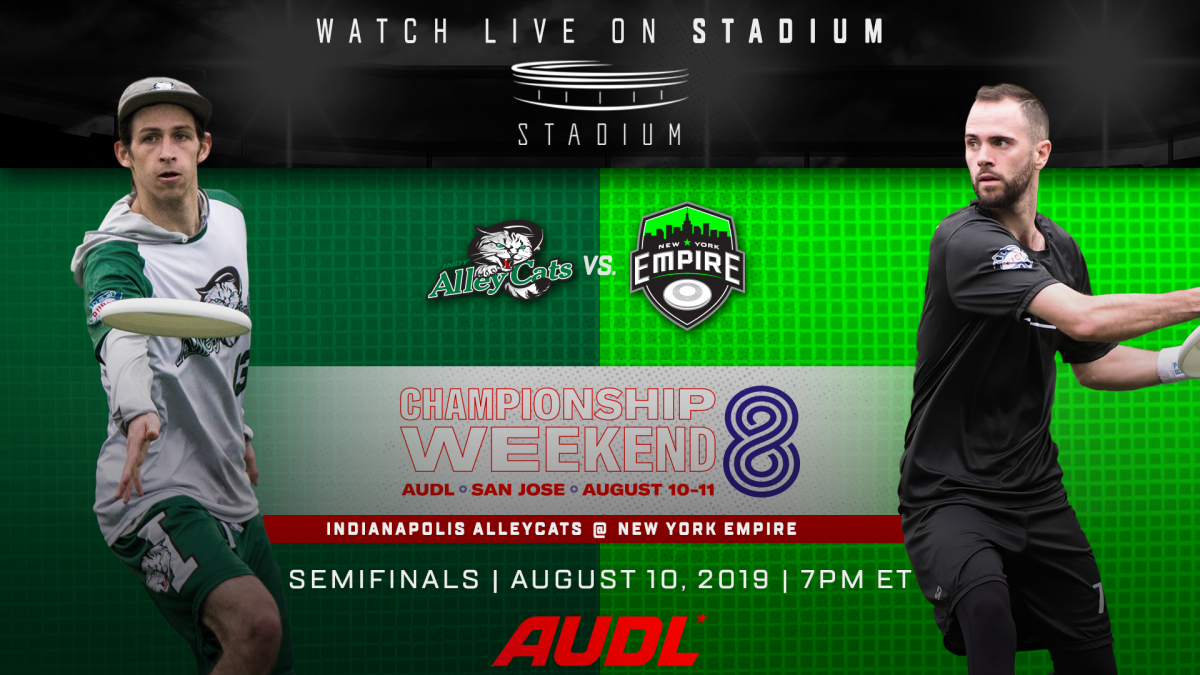 New York constructed a superteam during the offseason that has lived up to the hype in 2019. Their new stars in Jack Williams and Grant Lindsley have integrated seamlessly with a roster that fell just two goals shy of the championship game a year ago in Madison. There might have been some questions at the beginning of the season on how to share the disc effectively with so much dominant talent on the Empire offense, but if anything, the presence of Williams and Lindsley has led to career years for team veterans Harper Garvey, Conor Kline, and MVP hopeful Ben Jagt.

Conversely, the AlleyCats have cultivated much of their power from within, adjusting personnel on a need-fit basis through the years. Cameron Brock, Keenan Plew, and Travis Carpenter are the most expierenced trio of teammates in AUDL history, but it's the younger generation led by Rick Gross, Alex Henderson, and Keegan North that have elevated Indy from fiesty playoff contender to possible champions. And in the first major free agency signing since Brodie Smith in 2012, Brett Matzuka has had a calming presence in every lineup he's used in, providing a rock solid quarterback for offensive and defensive drives alike.

The biggest question heading into this matchup is: How does Indy contain New York's depth of talent? The 'Cats have been a very stingy defense in each of the past two seasons. But Indy is a bend-not-break unit that relies on team switching and focus rather than lockdown single coverage, hounding opponents into self inflicted mistakes; Indy ranks just 15th overall this season in takeaways. Given that the Empire commit the fourth fewest turnovers of any team in the league this season, the AlleyCats will have to engineer ways to pressure New York's throwers so they can't get into a rhythm. Colin Ringwood and Conner Henderson did a good job of disrupting Pittsburgh's handler flow in the Midwest Division Championship Game two weeks ago, but will need to redouble their efforts on Saturday.

And though the 'Cats offense is in the bottom half of the league in scoring, it is one of the more polished and effective conversion units in the league, ranking sixth in offensive efficiency in 2019. Similar to a heavy rushing attack offense in the NFL, Indy employs its offense methodically over four quarters using their high level throwing precision and chemistry. They orchestrate long drives, often winning the time of possession battle by a comfortable margin. But the 'Cats have never encountered a defense as bullying in coverage as this Empire squad. Led by Jeff Babbitt and anchored by four-time AUDL champion Beau Kittredge, the New York defense seemingly has an advantage across the board in individual matchups on paper, and they are very dangerous when they smell blood in the water; the Empire were fifth this year in converting their break opportunities.

This game may be determined in the opening minutes. If Indianapolis can show they can stick with New York out of the gate, and gain confidence along the way, they have the moxie to fight for the full 48 minutes of game clock. But if the Empire open up an early lead, they may just have too much talent and championship experience for the AlleyCats to overcome. 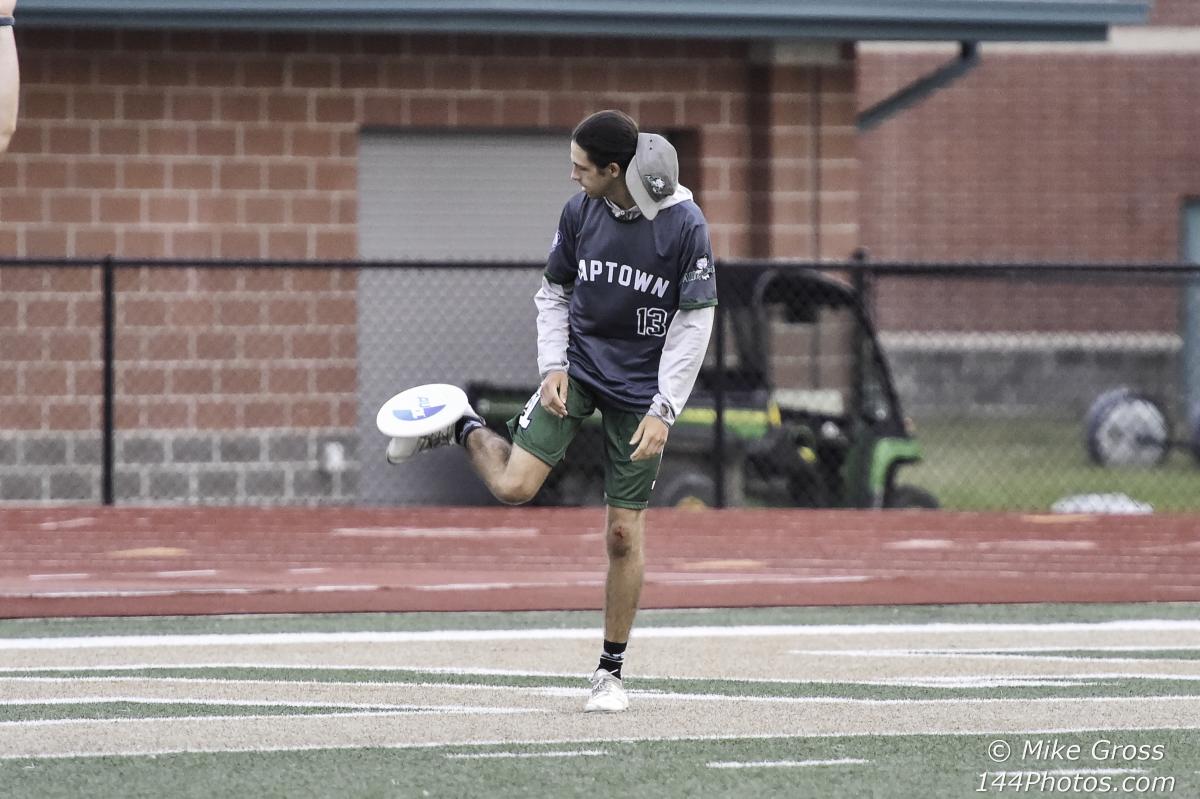 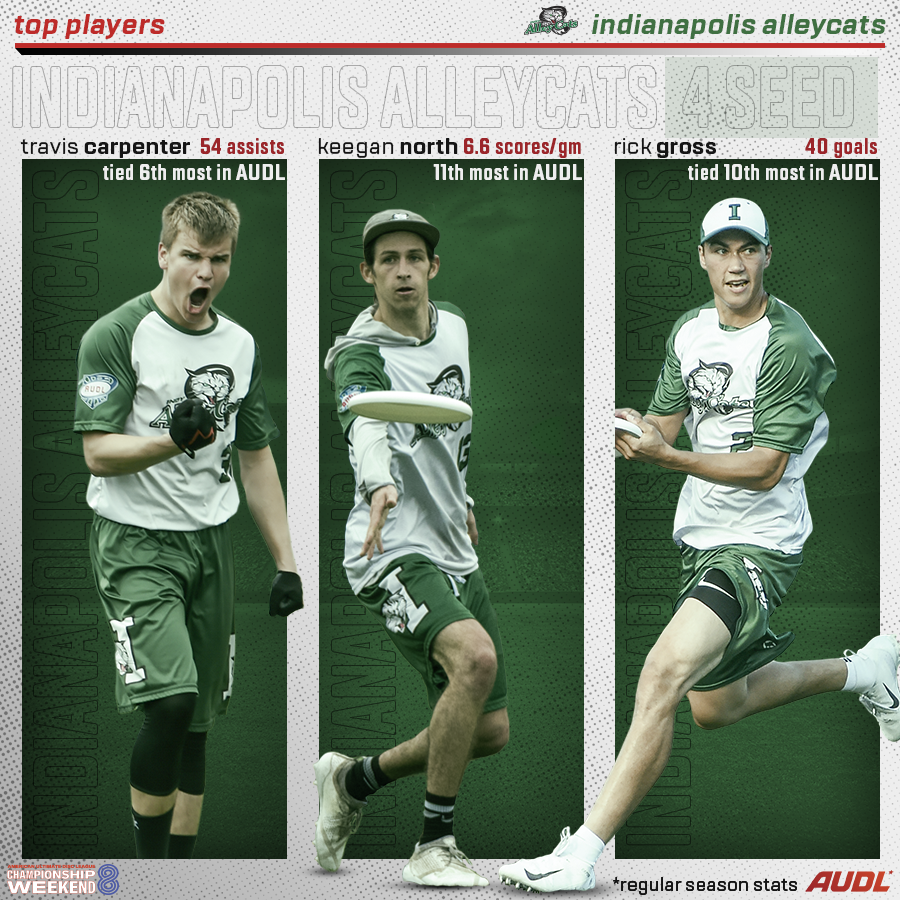 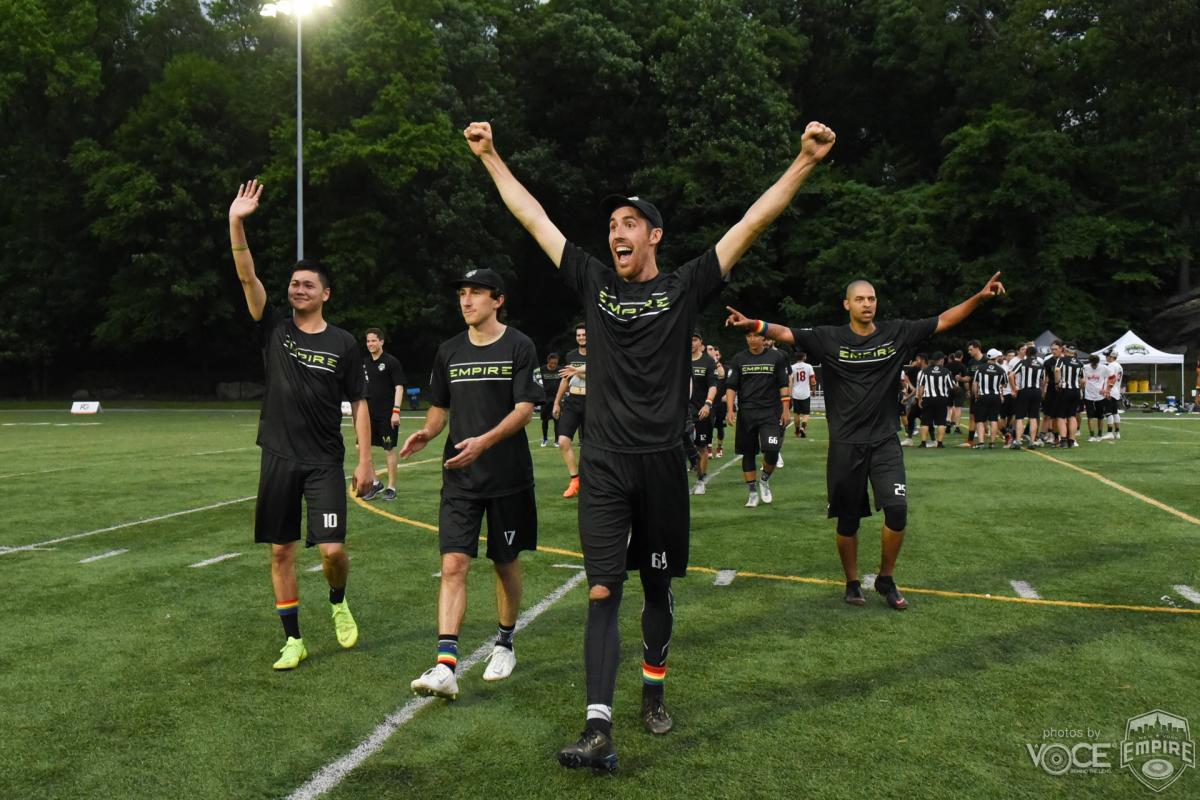 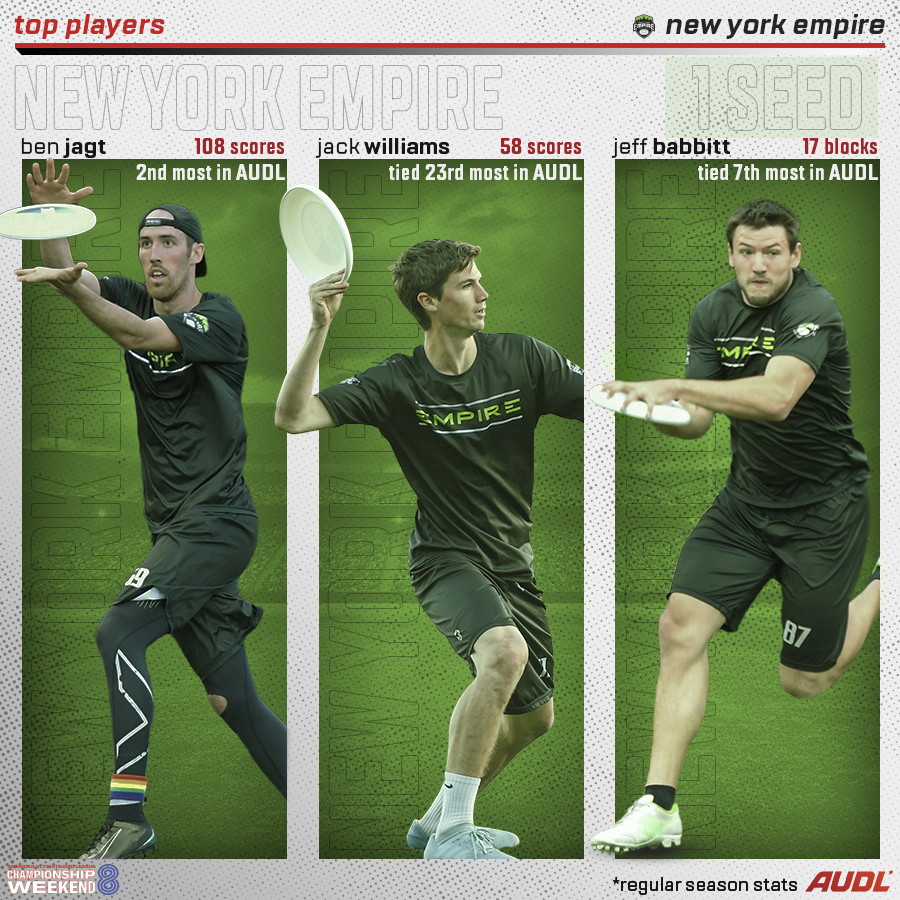