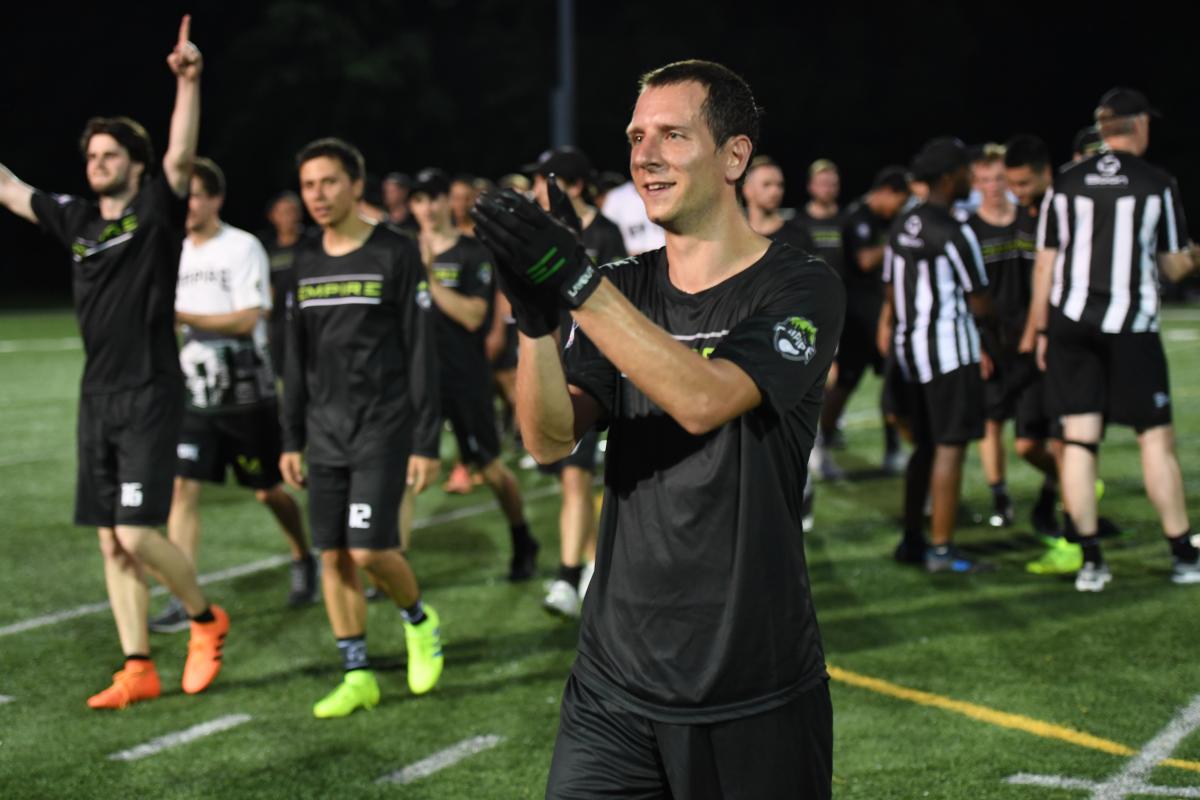 The New York Empire continued their perfect 2019 season with a 17-15 win over the Indianapolis AlleyCats in the AUDL semifinals. Indy showed fight throughout the contest, but the Empire prevailed with a wire-to-wire win thanks to their suffocating defense. It was the 10th game this season that New York allowed fewed than 20 goals in a contest.

Thought the Empire offense struggled to maintain a consistent rhythm against the AlleyCats single coverage defense, they were still able to manufacture scores on important sequences. Ben Jagt had a game-high 509 yards receiving to emphasize his 3-assist, 5-goal performance. Grant Lindsley also had a standout performance, throwing four assists, catching two goals, and contributing over 700 yards of total offense, including a big endzone interception.

The New York defense had 12 takeaways on the night, and were particular pesky when Indianapolis was in scoring position. Up just 7-6 midway through the second quarter, Ben Katz pivoted into a double team and jump swatted an Indy pass that led to a break. Katz finished with a well rounded statline of three assists, one goal, two blocks, and over 350 yards of total offense in 19 points played.

The Empire will move on to their first AUDL Championship Game in franchise history tomorrow. They will face the winner of the Dallas and San Diego semifinal. New York has the chance to become the third undefeated championship team in league history.