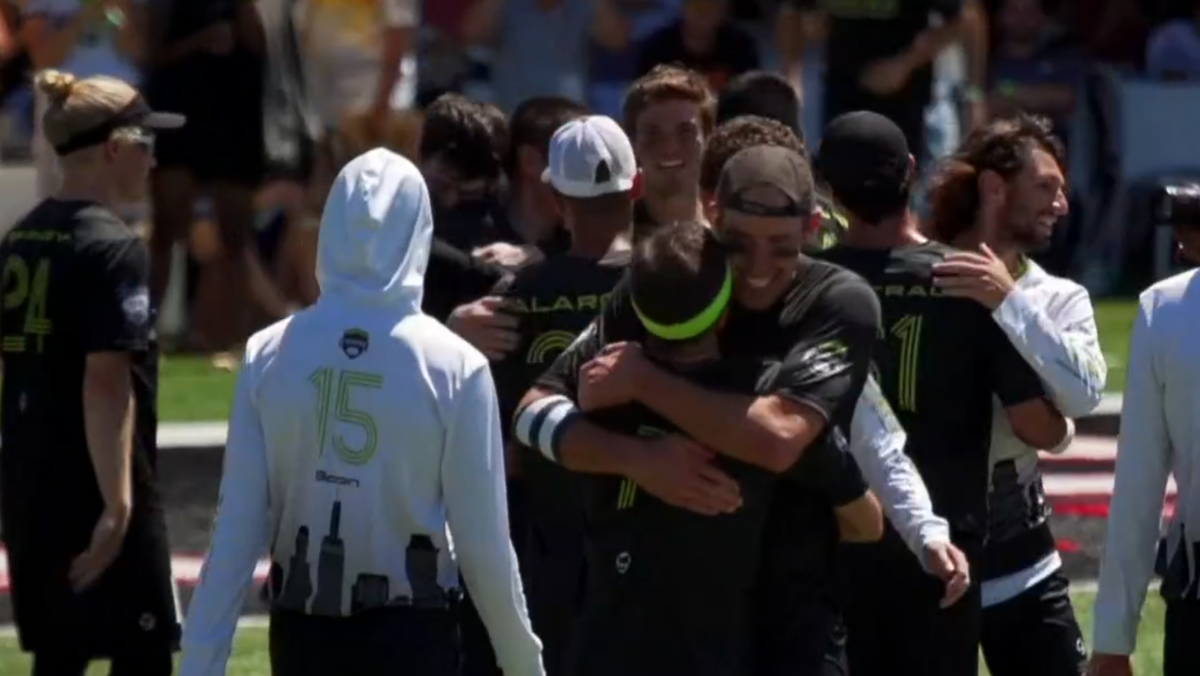 The New York Empire became the third AUDL team in history to go undefeated on Sunday, beating the Dallas Roughnecks 26-22 to earn their first pro title as a franchise. Ben Jagt contributed on 11 New York scores, while Harper Garvey dished seven assists on nearly 500 yards in the air in an uptempo offensive showcase. The win gives Beau Kittredge his fifth AUDL title with his fourth different team during his six year career.

Both offenses were in high gear from the start of the game, which led to a back-and-forth slugfest between the league's two most talented teams. Neither team established a lead of more than two until the Empire pulled away late in the fourth quarter. Grant Lindsley proved to be a difference maker for the second time in three seasons in a championship game, throwing four assists and scoring five goals for the Empire while contributing nearly 800 yards in total offense. Lindsley's consistent ability to move the disc allowed New York's offense to stay in rhythm the entire game.

Dallas had opportunities to hold a lead in the second half, but questionable decision making led to squandered drives. Abe Coffin and Dalton Smith anchored a strong Roughnecks attack, as they combined for seven assists and over 700 yards throwing on 110 completions. 20-year-old Connor Olson showed off for the second straight season at Championship Weekend, compiling six scores and nearly 400 yards of total offense while showing a full offensive repertoire. Playmaking was abundant for most of the game, but a couple of errors late in the fourth gave away break scores to New York.

In a game chock full of highlights, the play that sealed New York's championship came from Marques Brownlee. Midway through the fourth and up two scores, an errant swing pass looked well beyond Brownlee. But a Brownlee went airborne for the full-speed, full-extension layout and the save, shooting an inside-out flick that setup the Empire emphatic break score.

New York becomes the second East Division franchise to win a title, and the first since the Toronto Rush in 2013. Seven-year Empire defensive veteran Matt LeMar has never missed a game in team history, and wins his first pro title in his 111th consecutive AUDL game.