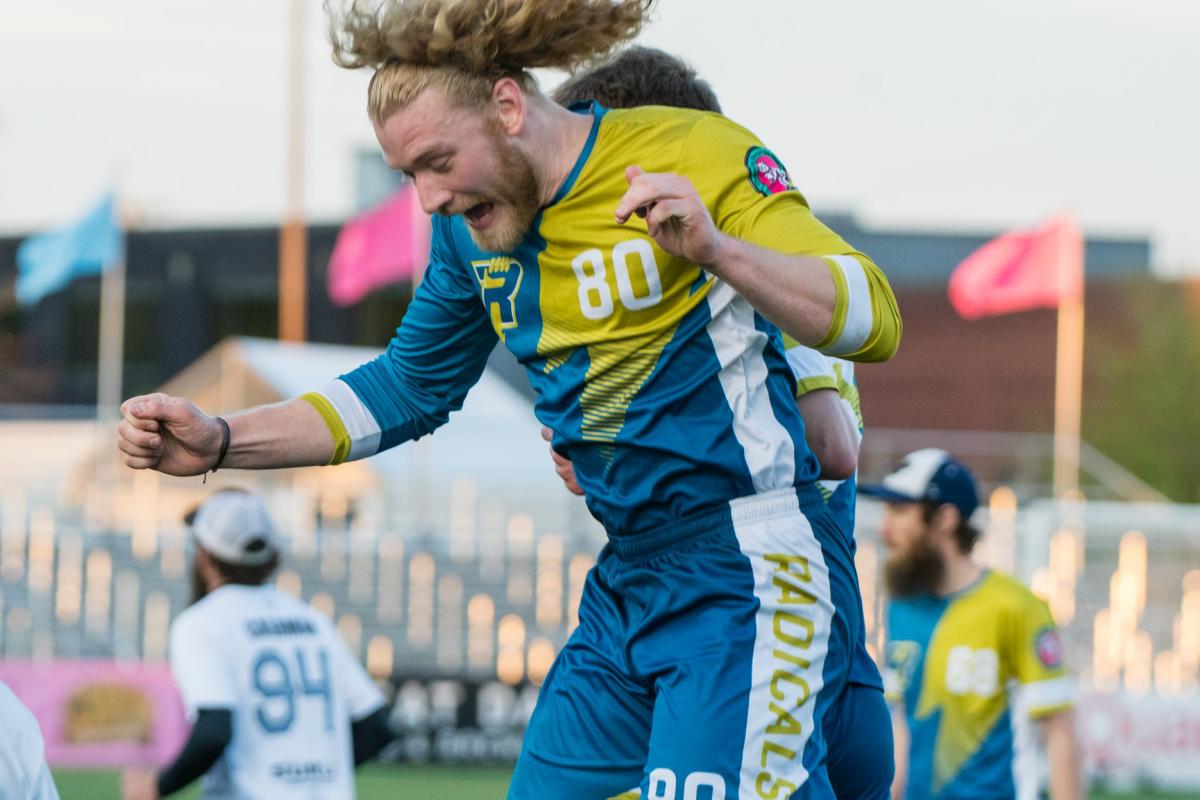 With the AUDL All-Star Draft taking place tonight, it's time for a rundown of the all-star player pool. I've broken up players into five imperfect categories—seriously, what is a "position" in ultimate anymore?—to try to highlight what each player brings to the table. Will everyone conform to these specific roles in a showcase exhbition game? Probably not! But this event is going to be special no matter who slots where with the amount of raw talent cleating up. So let's have some fun, and discuss the possibilities in play. 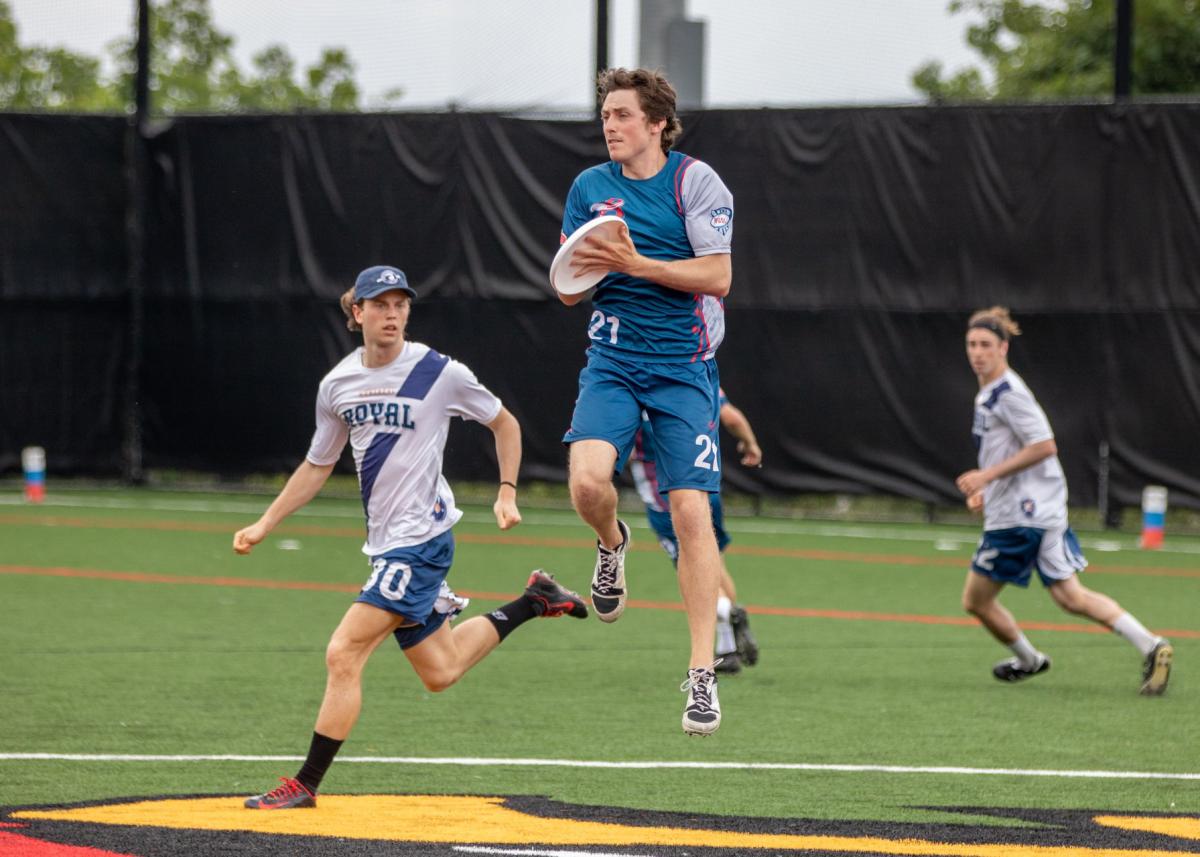 Tasked with sorting out all these players, it's hard to think of two more well suited captains for the inaugural All-Star Game. Rowan is coming off an MVP season in 2018 with the DC Breeze and may be playing even better in 2019, while KPS has been the heart of the league's best defense, and reigning champion, Madison Radicals. Not only are both supremely likeable leaders, they offer a nice contrast in styles that might be reflected in how each constructs their roster: Rowan's saucy offensive play balanced against KPS and his all-out defensive tenacity. Exhibition-style sports events typically de-emphasize defensive play, but I can all but guarantee you, that will not be the case on Saturday night, as both players have a visible competitive streak that will drive their respective teams. 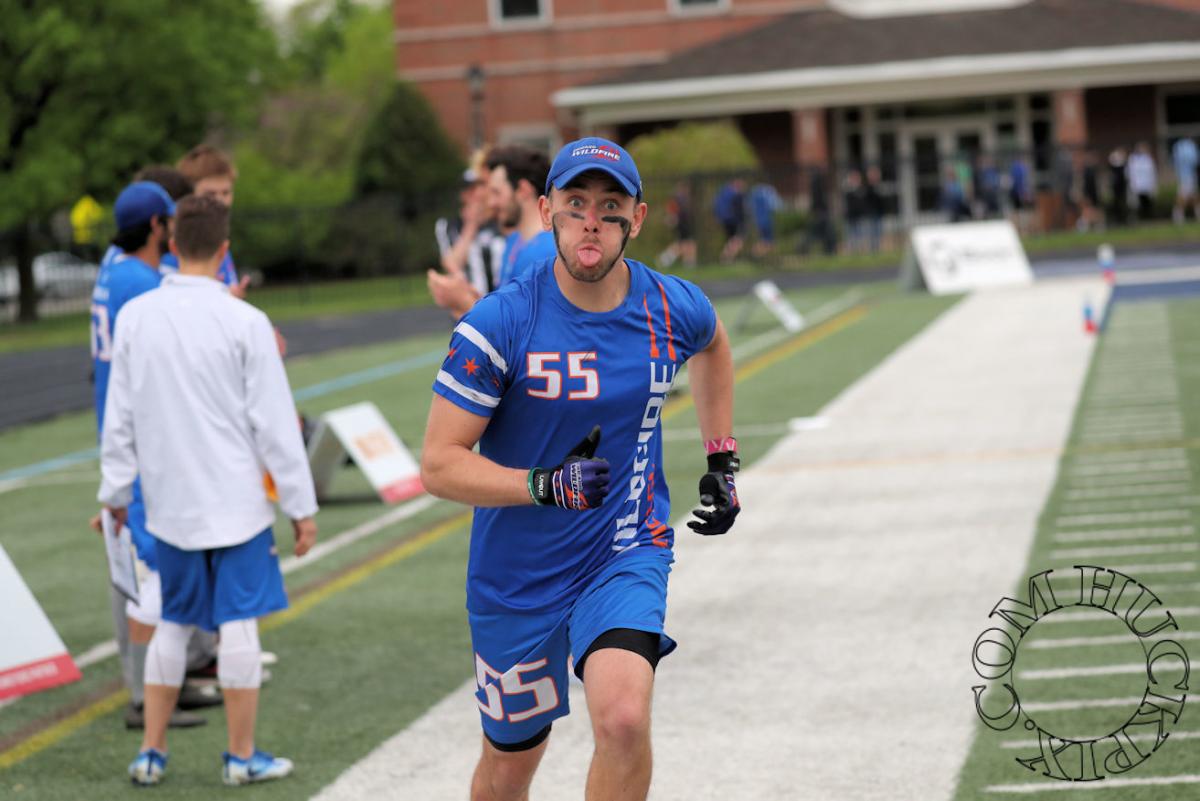 Five of the more dynamic throwers in the league, each player has a full arsenal of throws and full field range to match. Brown possesses one of the most powerful forehand hucks in the game, and with a stable of cutters to bomb it to, he will be a backfield cannon on whichever roster he ends up on. Cubitt may be dimunutive in name recognition and physical stature, but his confidence and craft with the disc will make themselves evident early on. Janas is the best pure handler in the league right now, having set multiple league records already in his 2.5 seasons as a pro, and is fresh off an AUDL 2019 season-high 12-assist performance in the "Game of the Week". Roney isn't too far behind him, utilizing the best hammer throw in the league to carve up defenses from unorthodox angles and allow for offenses to use the whole field to their advantage. And lastly, Shriwise is the consummate quarterback with the disc, never looking rattled nor out of rhythm with the disc, and able to make the correct read-and-throw more often than just about anyone. 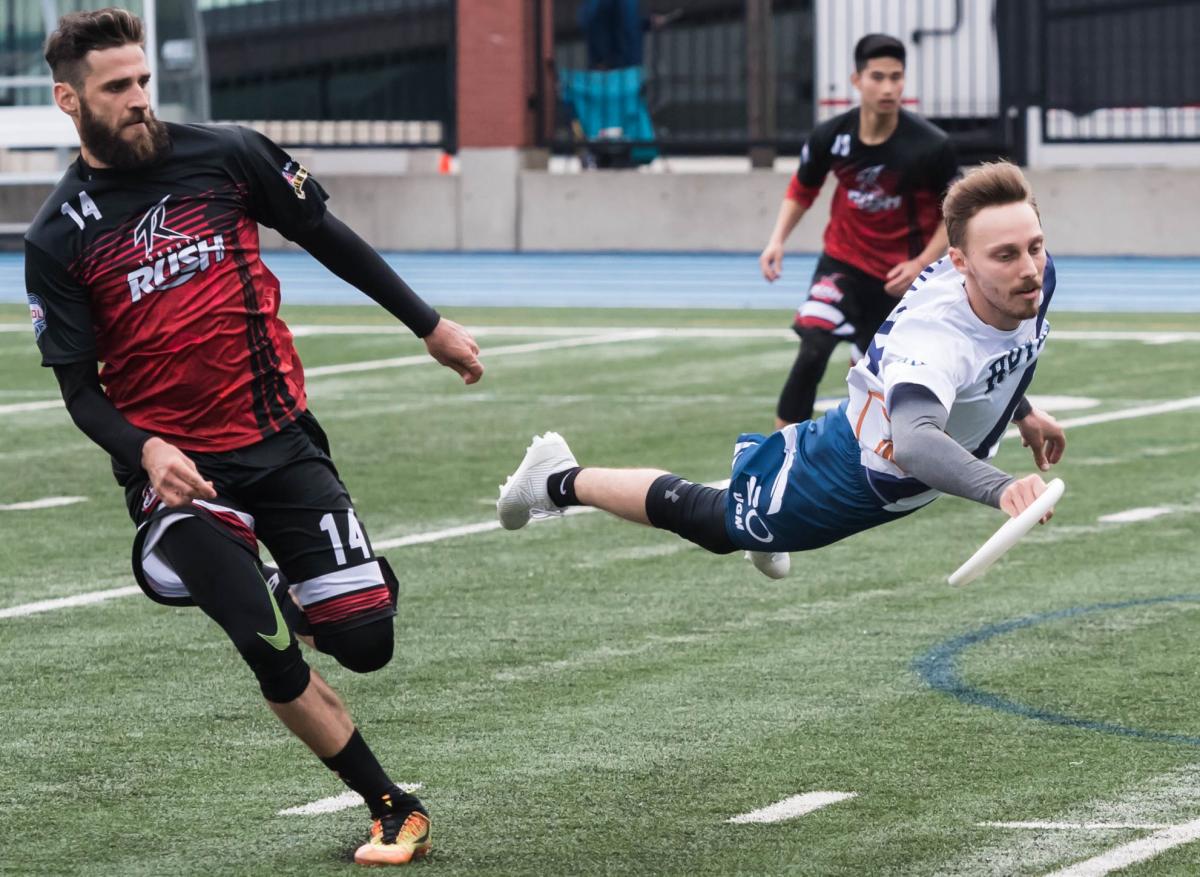 Each of these receivers is used to being the number one option on their specific teams, so it will be intriguing to watch how they play off of one another, and how cutting priorities sort themselves out. Arsenault has been one of the most underrated playmakers in the league for years, posting 50+ goals in each of the past two season while drawing the top defenders out East every week. Similarly, the 23-year-old Bonnaud has been a sensation in his 2+ years a pro, and is currently leading the league this season in goals scored (46) and goals per game (6.57) thanks to his incredible combination of speed, hops, and stamina.

Camp has been the most reliable downfield option for the reigning champs for the past year plus and has some of the best timing and jumping ability of the crop. Davis possesses the most dominant raw skillset of anyone in the group and can flat out fly in open space. Fisher is the best rookie to enter the league in years, and at 6'6" with blazing speed offers one of the hardest matchups for any opponent to figure out. Just shy of his 25th birthday in July, Gross is already one of the most prolific scorers in league history and has added a throwing component to his game over the past couple seasons that has made him even more potent as an offensive weapon. Henke is even younger still—he will turn 21 later this month—and already has one of the most impressive highlight reels around, playing with a confidence well beyond his age.

The youngest player on the field this weekend, and the people's champ from Colombia, Jimenez has been electrifying with his downfield play, as well as his salsa celebrations. Sheppard and his breakaway speed will be hard to contain with quality throwers finding him in space, and he has a deep bag of tricks when the disc is in his possession. The quickest player in the pool, Smith is a tactician who can work efficiently in spaces big and small, and is remarkable at finding teammates in rhythm and in advantageous positions with his throws. And Vohnoutka is a run-and-gun specialist who should thrive in the uptempo environment of the All-Star Game, able to deploy laser shots downfield with his quick-release flick throws. 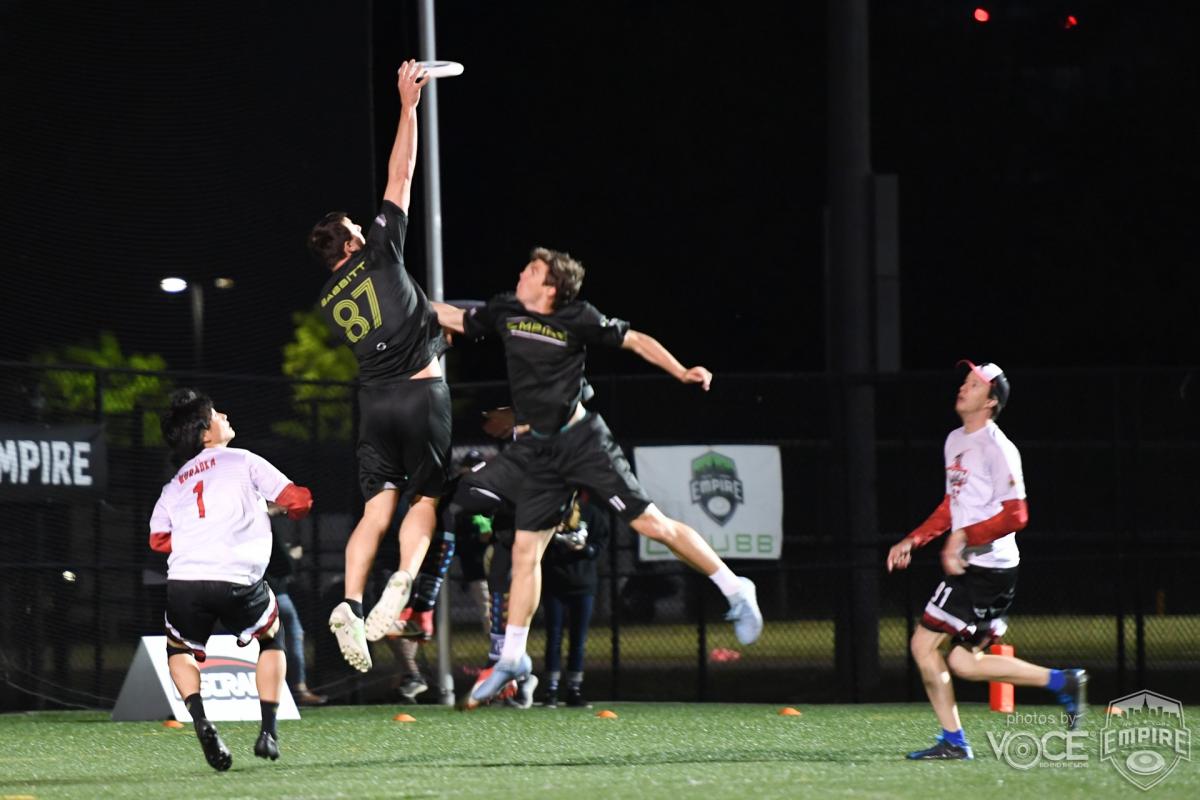 Though these players may not find themselves with the disc in their hands very often—with the exception of Graffy, who could take a lot of points on offense—these five defenders could very well determine the outcome of the match. Babbitt is as close as we get to seeing a linebacker playing ultimate, able to read, react, and blow up opposing offenses with his "Speed"-bus-clearing-the-gap like layout denials.  El-Salaam is one of the biggest competitors in the league, and he cherishes matching up and shutting down the top players on opposing teams using his elite aerial skills. Graffy is the number two block getter all-time in league history and is one of the best at elevating his play in big moments. A two-time MVP and four-time league champion, Kittredge looks rejuvenated as a coverage defender in 2019 after battling injuries the past few years and will bring a Kobe-like winners intensity to this event. Weaver is the unheralded leader of one of the most consistent defenses in the league over the past three seasons and has a magician's ability to provide "now you see it, now you don't" poach takeaways for his team. 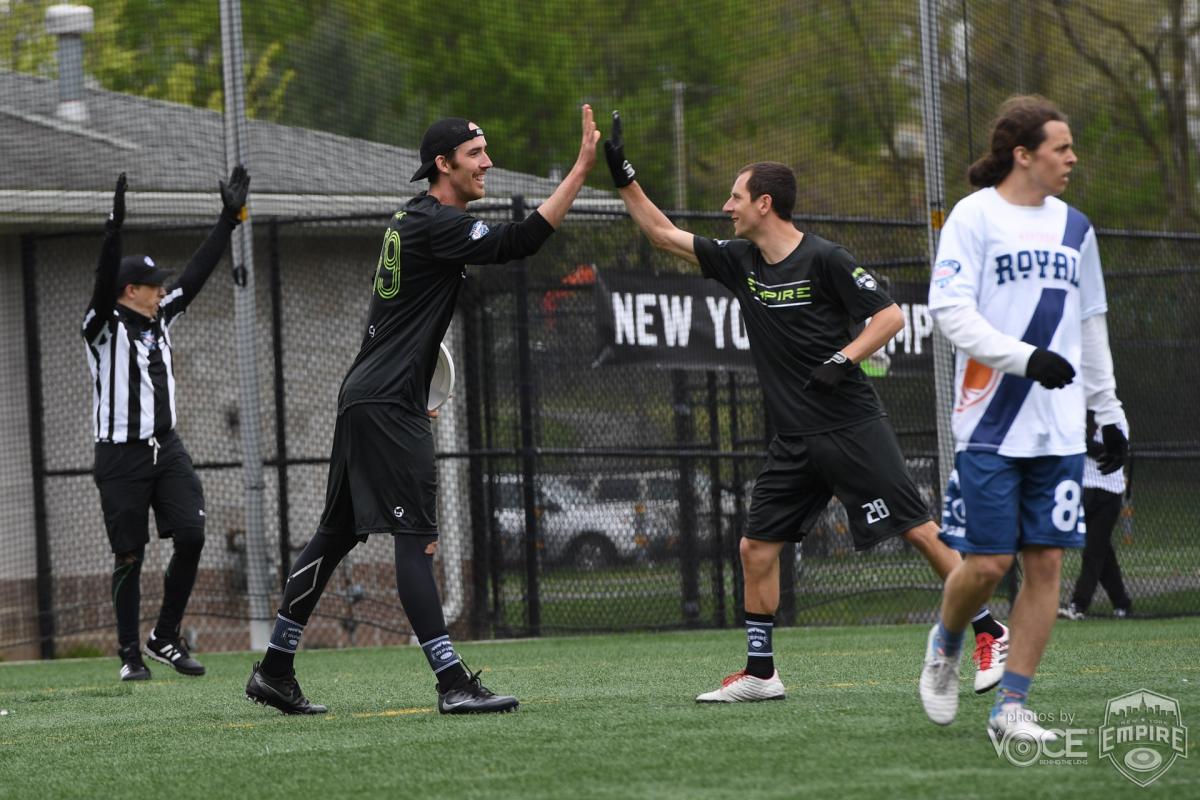 A couple of potential MVP candidates in this group, these guys defy positional convention and have the talent to range between roles from moment to moment. It's hard to argue that anyone is playing as well and in-rhythm as Dunn right now, who is fourth in the league in assists (34) and tied for 14th in goals (24) while leading the first place Growlers out West. Fairfax continues to evolve as a player, spending more time this season in the backfield and showing off a lot of range, while still able to torch the opposition as a receiver. Froude has been the best player on the best team in the South for the past two seasons and revels in showcasing his skillset in primetime.

Harris is one of the grittiest, most adaptable players the AUDL has ever seen, transitioning fluidly between offense and defense, handler and cutter, and has a knack for making The Big Play. At 35-years-old, Helton is only getting better and more efficient as a scorer and as a thrower, able to dominate with his MVP-level athleticism. Jagt, for my money, has been the best, most unstoppable player up to this point in the season, putting together truly absurd individual performances almost on a weekly basis in 2019.

Katz is the best player nobody has heard about, a coach's dream, and one of the most intelligent throwers and defenders in the AUDL. McDougall has transformed from a single-dimensional speedster and goal scorer into a more-than-able thrower, too, leading one of the highest scoring offenses in the league. Mott is a shot-taker in the purest sense of the word and has rarely seen a huck he doesn't like, throwing over 120 assists in his past 33 regular season games, keeping opposing defenses on their heels with his aggressiveness and pace.

Evan Lepler posted a draft ranking, excluding the captains, in his Tuesday Toss this week, so here is one of my own for comparison's sake:

And now some quick prop lines for the game: