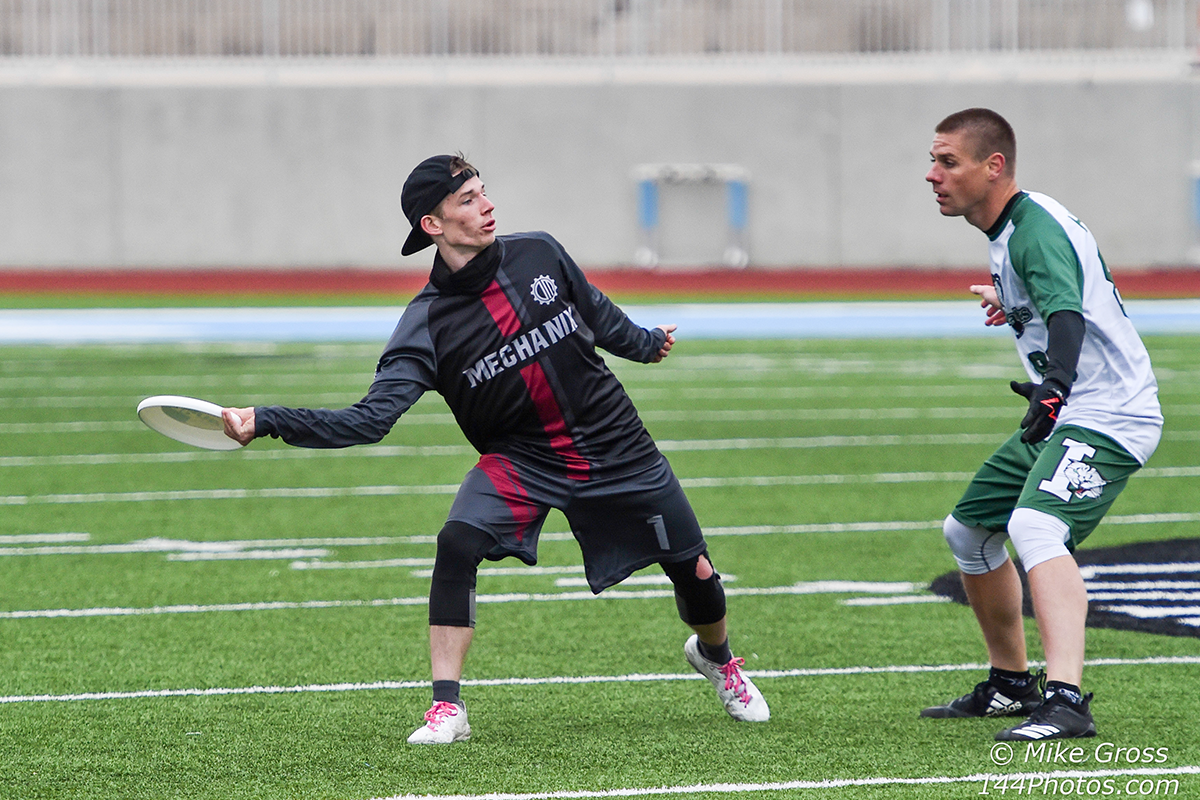 On a team lacking playmakers entering the season, Detroit Mechanix rookie Joe Cubitt stepped up immediately as one of the team’s primary handlers. The Mechanix representative at the inaugural 2019 AUDL All-Star Game, Cubitt made his presence known throughout the league with his creative throws, aggressive play style, and overall intensity.

Ambidextrous with the disc, Cubitt can and will throw just about anything, from hammers to lefty scoobers, even lefty backhand laser hucks. His arsenal of throws makes him extremely dangerous with the disc in his hands. At 5’5”, Cubitt’s quickness and acceleration can further torment defenders, as he uses his speed to create opportunities and spark the offense.

While the Mechanix failed to win a game, they came closest in Week 14 against the Pittsburgh Thunderbirds. Cubitt made plays from start to finish in this one, showcasing his vast skill set and ability to run the Mechanix offense with ease.

In a 10-7 game halfway through the second quarter, the Mechanix found themselves in unfamiliar territory, as they looked to keep their foot on the gas and continue to build their lead. Just past midfield, Cubitt uses his quickness to initiate a strike cut, looking to give teammate Austin Riegel an upline option. Riegel puts up a leading flick which Cubitt lays out for, grabbing the disc inches from the ground and sliding an extra few yards for a 20-yard pickup. Now less than 15 yards from the end zone, Cubitt sets a left pivot foot (for a righty throw, presumably) and surveys his options to find Riegel looking to return the favor with a strike cut of his own. Knowing he wants to float the throw more than Riegel’s previous flick, Cubitt steps forward with his right foot and opts for this awkward yet cool-looking lefty backhand. Riegel easily runs onto the disc for the score, and Cubitt has gifted the Mechanix with their biggest lead of the season.

It’s a very Cubitt play, using his hustle to make something happen for the offense, then throwing this weird lefty backhand that works beautifully. And there’s something magical about his lefty throws, awkward as they may be at times; they are truly a pleasure to watch.

Cubitt finished his rookie campaign with 10 goals, 37 assists, and 11 blocks; he was one of just six players to throw over 30 assists and have double-digit blocks. Cubitt scored or assisted on 27.0 percent of Mechanix scores in 2019, the 15th highest contribution percentage in the league. He also completed 537 throws last year, good for fourth most in the league. While turnovers were for sure a problem at times — he had the second most throwaways in the league — Cubitt still finished with a respectable 92.1 percent completion percentage. If he can continue to improve and limit turnovers, the 21-year-old has an opportunity to take the Mechanix to new heights.