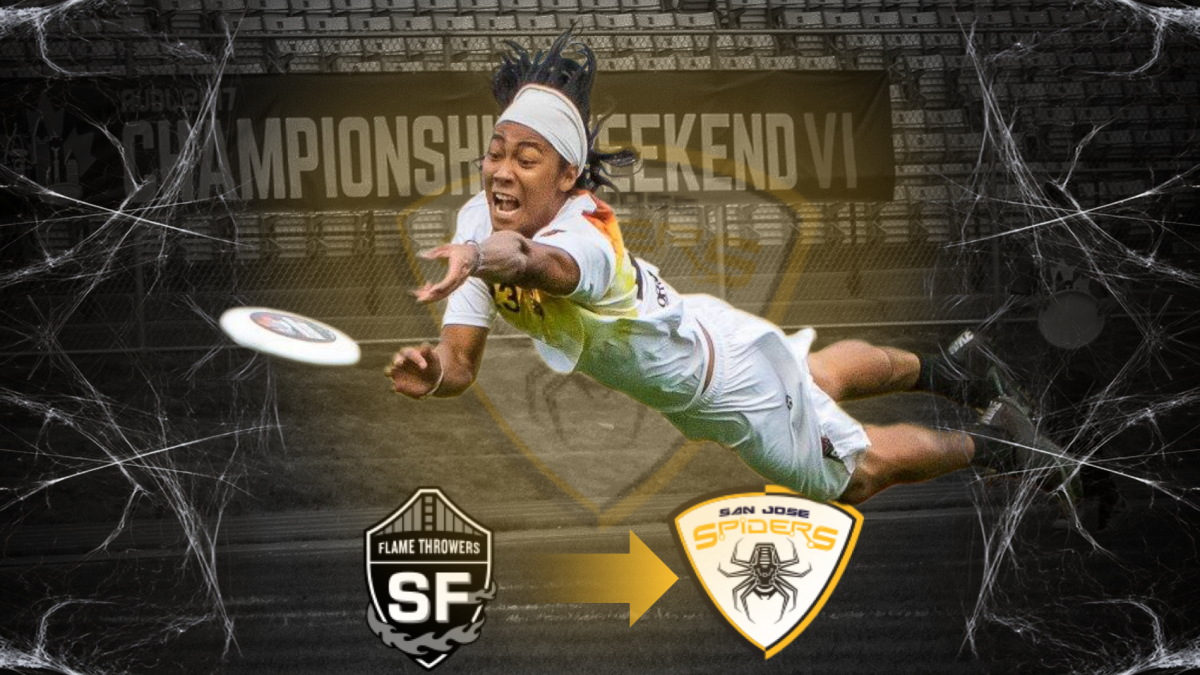 After two impressive seasons and a championship in San Francisco, Antoine Davis is signing with the San Jose Spiders for the 2019 season. The 6'2" Davis has made a name for himself in the West Division and the league at large with his impressive air game and workhorse ethic, posting 41 goals in 2017 and 36 in 2018 while playing a combined 717 points over two years.

Davis has shown an elite ability to score goals since moving West, averaging over three goals per game in his past 25 regular season appearances. He has also added a complementary throwing game to his downfield dominance, tossing 53 assists over the past two seasons. But with his large workload, Davis at times struggled with possession, committing nearly four turnovers per game in 2018. Davis doubled his throwing volume from 2017 to 2018 for a San Francisco team that lacked throwers, which won't be the case in San Jose as the Spiders' top five throwers completed 2064 passes at a 94.94 percent rate.

San Jose is looking to bounce back after missing the playoffs last season with a 6-8 record. In 2018, the Spiders scored a franchise-low 23.0 goals per game, putting them 18th in the league in scoring. And since winning back-to-back AUDL championships in 2014 and 2015, the Spiders have qualified just once for the playoffs in the past three seasons. With the addition of an all-star caliber player in Davis to an already solid core, San Jose is hoping to return to the postseason for the first time since 2017.