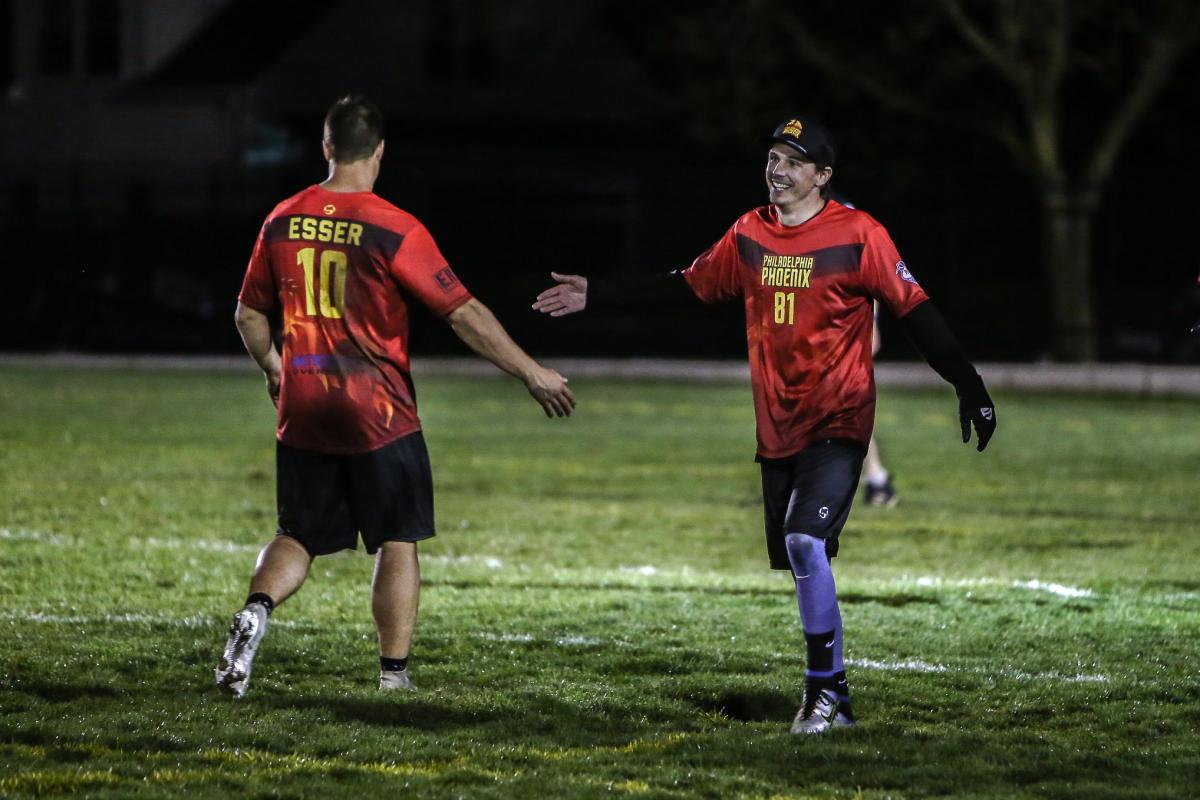 Watch one Philadelphia Phoenix game, and you'll notice Sean Mott has one of the more audacious playing styles in the league. Despite his 5'9", 150-pound frame, Mott immediately stands out as a downfield operator, using his speed, pace, left-handed throws, and trampoline-level hops to more than make up for his undersized stature. He has full confidence in throwing to his temmates, and his hair-trigger throwing release has allowed him to toss 109 assists over the past two seasons despite not being anywhere close to the role of a traditional handler.

Mott can score in bunches as both a handler and a receiver, but what really elevates him from highlight-prone firecracker to All-AUDL star is his consistency. In 2018, he registered eight 4+ assist games, and five 4+ goal games; in 2017 it was seven and five, respectively. And not only is Mott filling up the box score, he's doing it against the best opponents in the East. He had a five-assist, six-goal, zero-turnover performance last May against the Toronto Rush; he closed out the 2018 season with 12 assists, eight goals, and 133 completions compared to just seven turnovers in the Phoenix's final three games, all against the playoff-bound New York Empire and DC Breeze.

And maybe most encouragingly for Philadelphia's future, Mott plays best with the Phoenix's other young playmakers. He and Ethan Peck both play with a similar uptempo verve that has revitalized and added potency to a Philly offense that for years finished in the cellar of the league in scoring. Himalaya Mehta caught 14 of his 39 goals in 2018 from Mott, finishing with the second highest on the Phoenix behind Mott himself. 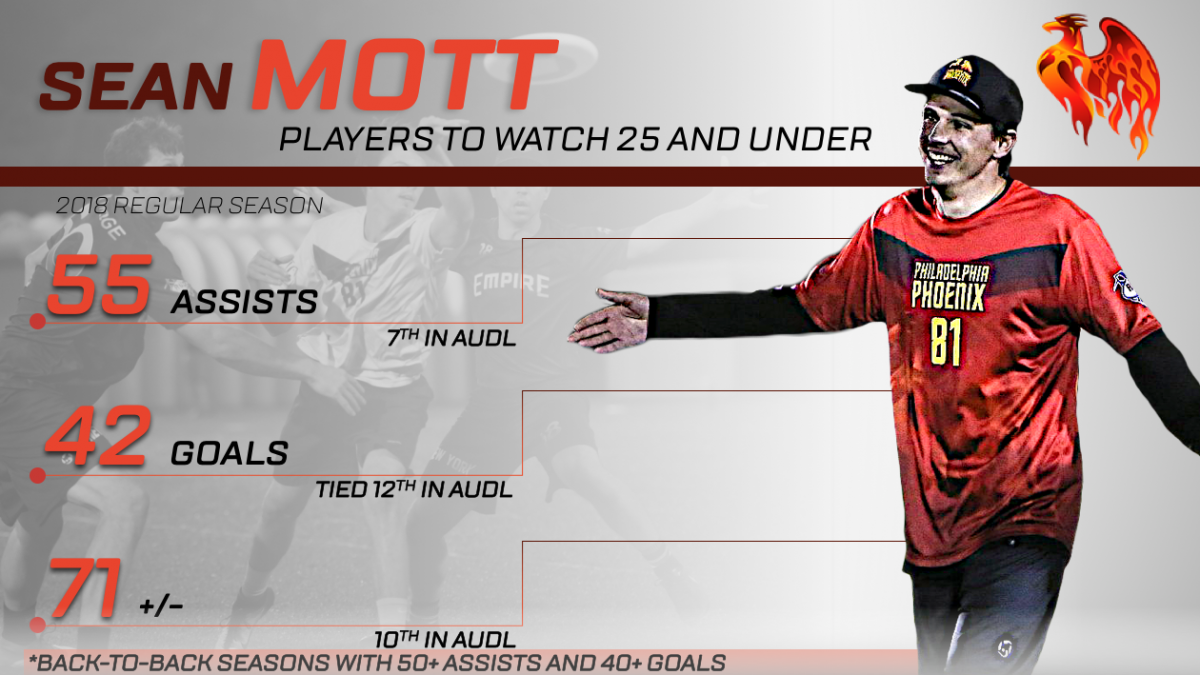 Mott has improved his throwing precision nearly 2.5 percentage points per year over the past two offseasons, and if he makes a similar leap in efficiency again in 2019 while maintaining his gaudy production numbers, it's easy to envision him back on an All-AUDL team.