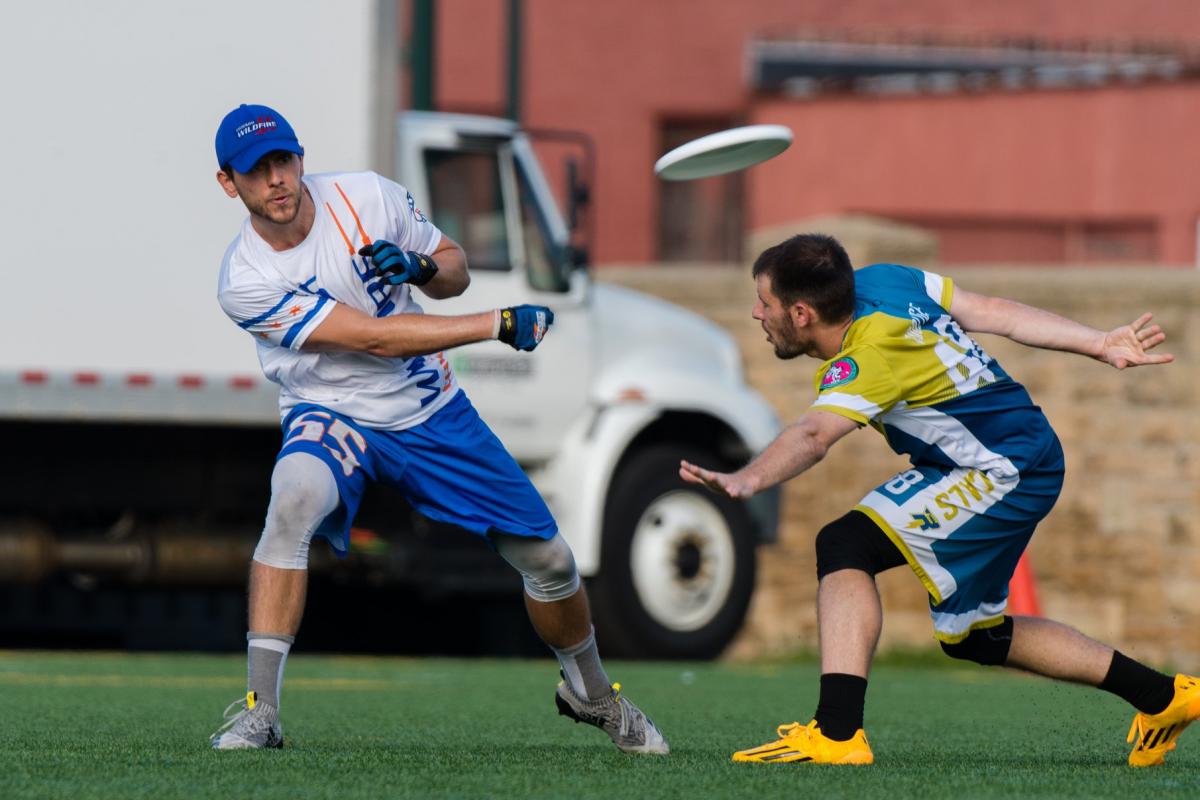 In just his first two seasons with the Chicago Wildfire, Pawel Janas already has the most impressive back-to-back throwing seasons in AUDL history. The cumulative results: 182 assists, 1751 completions (94.40 percent), 104 secondary assists (or "hockey assists", for you Canadians), and 27 different players on the receiving end of one of Janas' assists. He owns the single season AUDL records for completions (933) and assists (97), and has yet to miss a game in 28 starts, playing a league-high 789 points combined during the 2017 and 2018 regular seasons. If the sport kept a throwing yardage stat, there's a good chance he would own that record, too.

And those are just the numbers. Feast your eyes on the Steph Curry-like full field range Janas puts behind his throws. There isn't just an abundant quantity to his game—Janas has a finesse and flair all his own, one predicated on balance, timing, and some of the most refined throwing mechanics in ultimate frisbee.

If you watch Janas for a full game, you might first notice the power. The velocity behind his hucks is something to behold, and they often find Chicago targets like Kurt Gibson, Ross Barker, and Michael Pardo easily galloping away from their coverage in space.

But look a little longer, and you notice how easy everything comes to him on the field, as if his defender(s) are not even there; while opponents are worried about Janas bombs leading to quick Wildfire scores deep, his main concern is working his individual defender over like a speed bag. Like a lightweight boxing champion, Janas is simply quicker, more agile, better conditioned, and more suited for maneuvering small spaces than virtually everyone who guards him.

Janas isn't flashy in his movements in a stereotypical way, but there's a definite art to his approach. He can get open in a phone booth, using a lullaby rhythm on his handler cuts to rock his defender out of position; when you zig, Janas zags. His footwork and hip swivel don't seem to have found a match in the backfield, and while they're not AND1 Mixtape level anklebreakers, he is very capable of humbling opponents, or exposing slim holes in the defense.

Chicago has not qualified for the postseason since 2015, but the team is right on the verge of changing that. Janas played some of his best ultimate against the Midwest Division's playoff teams last year; he had 21 assists and completed 116-of-124 throws against Madison and Minnesota on the final weekend of the regular season. If he makes another leap as he did between 2017 and 2018, the Wildfire will be one to watch in 2019. 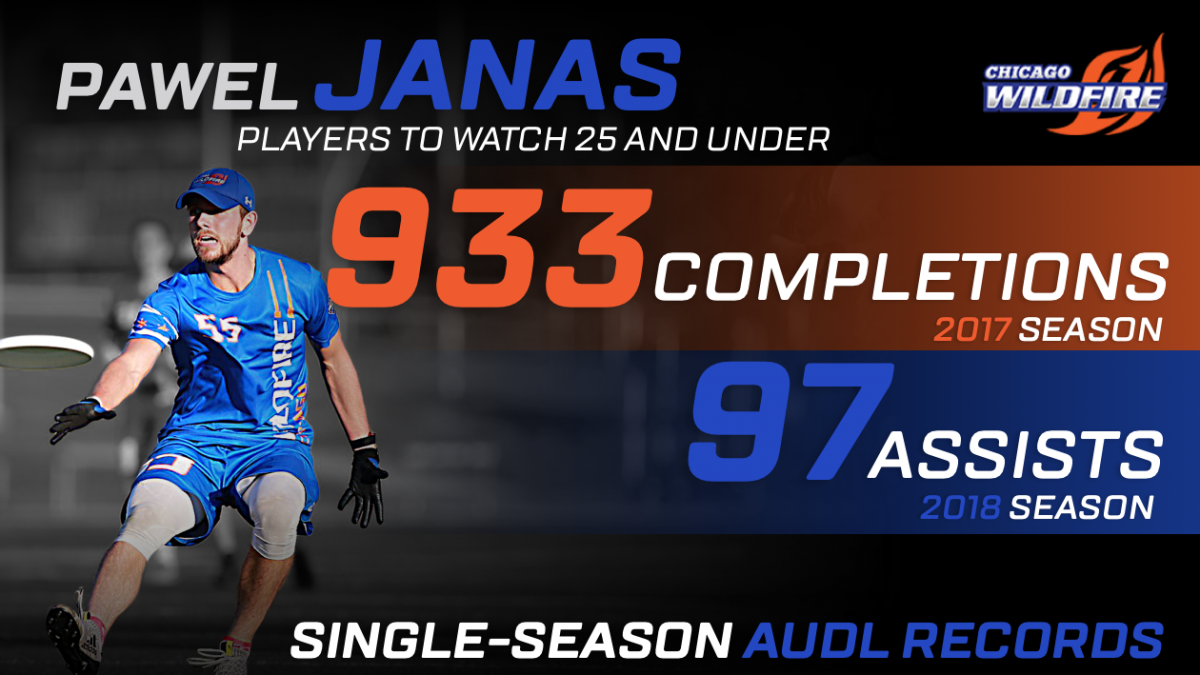