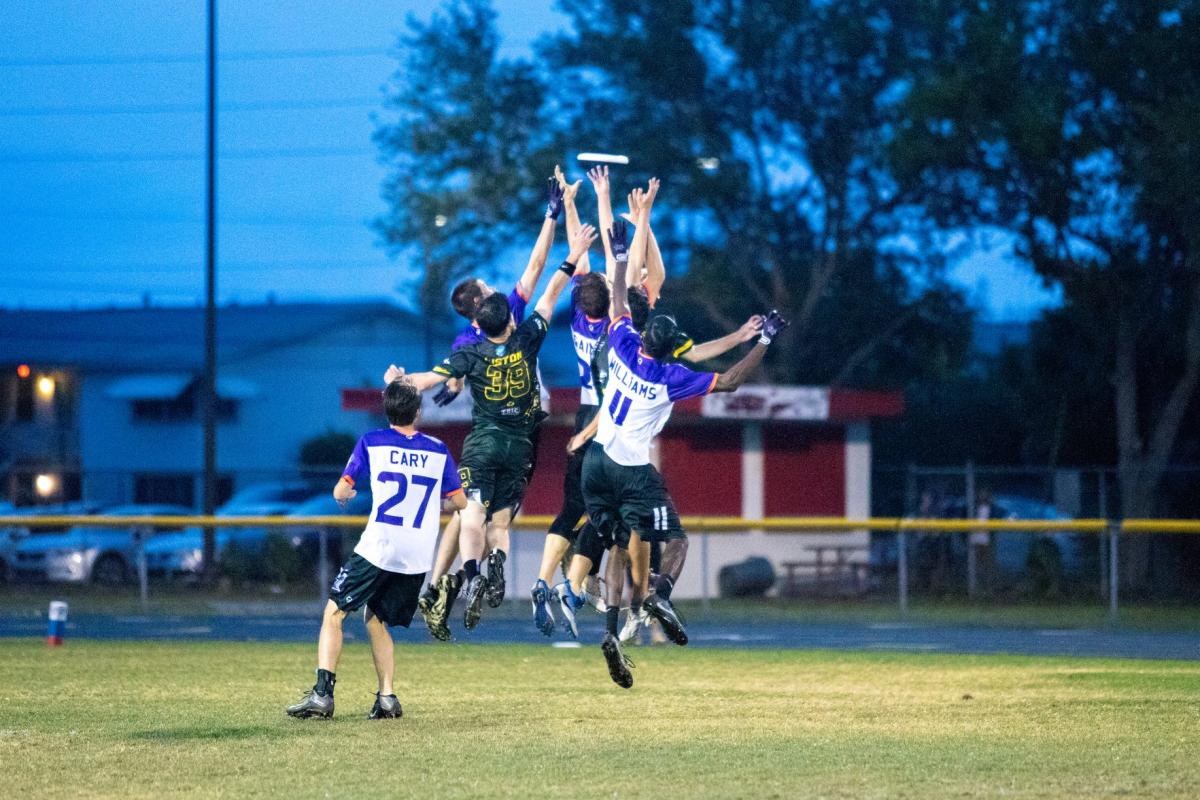 This week the Chicago Wildfire will debut their shiny new additions from the offseason that includes Nate Goff, Ross Barker, and the incomparable Kurt Gibson. 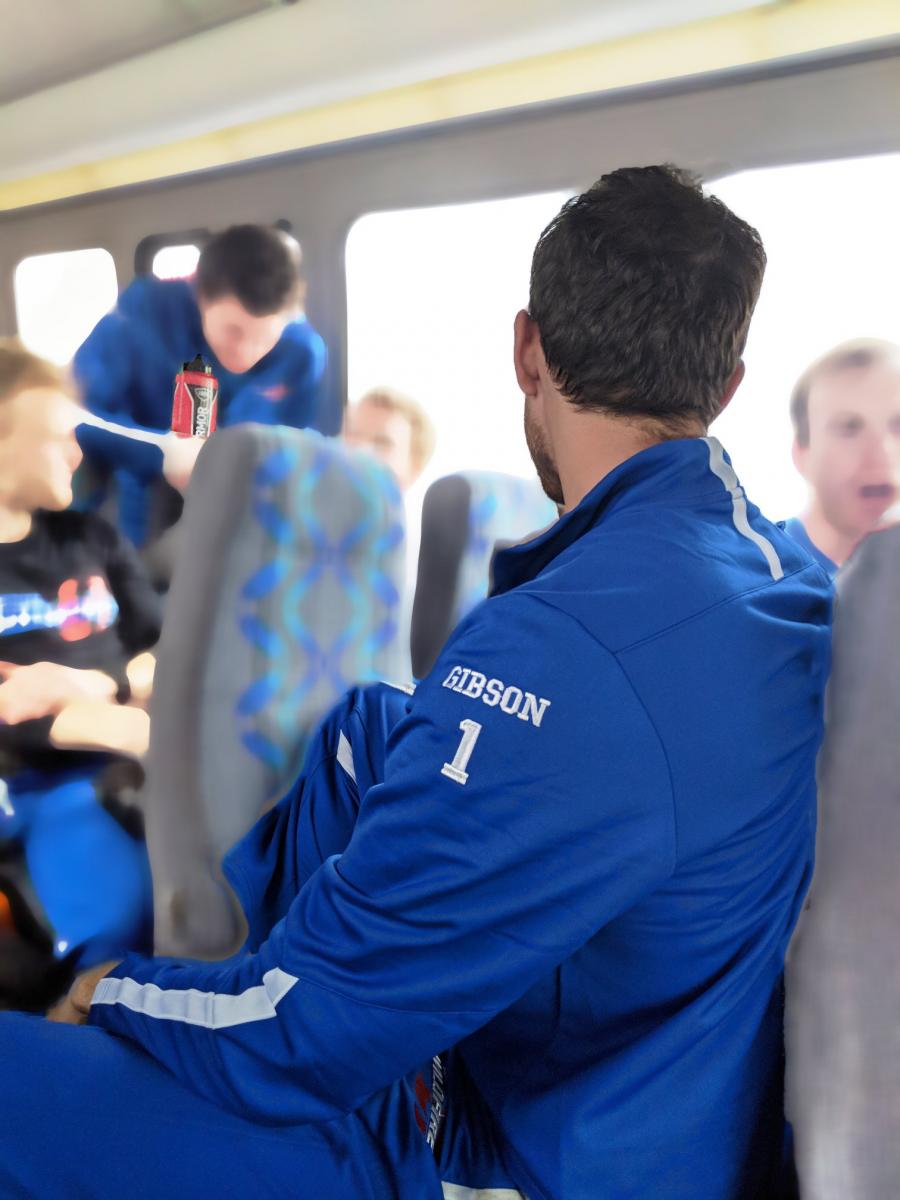 Goff was a defensive standout for the Raleigh Flyers last year. He’s tall and athletic, capable of lockdown defense and generating turns. Both characteristics were missing from a Chicago team last year that finished 19th in the league in takeaways. Goff is also a talented downfield cutter after a turn.

Barker is a speedster. Every O-Line in the league would be happy to have him, and he was a huge boon on the Madison Radicals offense last year. His ability to stretch the field deep opened up a Radicals offense that occasionally felt cramped and predictable.

Gibson is another player entirely. Capable of single-handedly dominating an offense, Gibson holds the league record for most completions in a single playoff game at 77. He set that record while on Dallas last year against the Rush, despite playing alongside similarly disc-dominant players in Brandon Malecek and Jimmy Mickle. Gibson will join 2017 MVP finalist Pawel Janas on the Wildfire offense, combining two of the best possession handlers in the world.

All three big Wildfire additions are moving to Chicago for work. Any of the three could have joined any other team in the region, but they chose Chicago because of the team’s newfound commitment. Coach Adrian King described the team’s shifting culture.

“We really underperformed last year, and it was a part of a multi-year reorganization that involved rebuilding the team from the ground up, focusing on our culture, and doing things the right way,” King said. “It's starting to pay off, in terms of recruitment, developing individual skills, and developing team cohesion. Things are looking good so far, even though we haven't played a game yet.”

The team will emphasize attendance and obligation on and off the field. Gibson seems like a potentially ill-fitting piece, as he’s never played in double-digit AUDL games in a regular season in his career. But King said Gibson is already working hard in Chicago, and will be available to play in the first game.

The Wildfire will take the field against a Pittsburgh Thunderbirds team who only barely managed to squeak past the Detroit Mechanix last weekend. We as viewers should be watching some important indicators.

On the offense, will Chicago be able to integrate their new pieces seamlessly? Last year, Janas threw so many scores to favorite receiving target Michael Pardo (37, the most by any duo in the AUDL in 2017) that it became the predominant feature of the Chicago offense. The offense will be more diverse in 2018, and King said that if Janas-to-Pardo remains the only weapon, he will take it personally.

“I will be very disappointed in our coaching,” King said.

King is equally focused keeping both of his teams’ lines competitive. His team’s defense failed to generate enough breaks last year, both as a result of a lack of pressure, and a lack of efficiency with the disc after a takeaway. As a result, he will spread talent across both lines. The team experimented with Janas on the defense in a preseason exhibition, but it says that didn’t work as well as it would have liked. Look to see if Gibson can get occasional reps on the defense as well. To increase efficiency, King said that he’s trying to be “a little more deliberate about our defensive offense... We're trying to add a little more structure to it.”

It’s not enough for Chicago to just come out and win. They’re focused on the process instead of results, and they’re keeping detailed process-oriented stats, to that effect. They would much rather see consistently easy scores than spectacular individual effort, and they’re focusing on disallowing power position hucks from opponents. I’m looking to see where Chicago’s new stars play, how they fit together, and how the points look. They should beat Pittsburgh, but there’s much more to look for in this game than just the final score.

Burton actually coaches Hendrickson’s college ultimate team at the University of Washington. It’s Burton’s first year coaching the team and Hendrickson’s last year as a player, but the two have clearly clicked. They already have a SportsCenter moment to their name.

“The play where he laid out, it was what we called a sucker play,” Burton said. “Reed came back, centered it to me, and I knew they were forcing him forehand this early in the game, and I saw him going deep, and I knew he was getting strides, so I just had to make sure the last guy couldn't get quite a good enough jump on it, and I just threw it out into space, and he made a hell of a catch.”

In 2015, Pittsburgh’s Tyler DeGirolamo threw 24 scores to his top target Ethan Beardsley. In 2016, Cannons’ backhand bomber Cole Sullivan threw 34 scores to Mischa Freystaeter. As stated above, Janas threw 37 scores to Pardo in 2017. In total, Burton ended up throwing three scores to Hendrickson in their first game. They’re on pace to shatter some offensive records. Game two is against the San Diego Growlers, who allowed a weekend-high 30 goals to the Los Angeles Aviators this past Saturday. Let’s watch Burton and Hendrickson eat.

In my opinion, the Toronto Rush enter the 2018 season as one of the championship favourites alongside the Raleigh Flyers and Madison Radicals. They haven’t yet had a chance to play, but they’ll take the field for the first time this Saturday against a divisional rival, the New York Empire. I already dissected the matchup in great detail here. I wrote a specific game preview, as well as a Toronto-Philadelphia game preview, here.

To me, this is the best game of the week. Mark Burton has called Los Angeles the team to beat in the West, and I’ve already profiled the heights to which they might soar with Tim Beatty in the cockpit. Similarly, Dallas made a statement in their victory over the presumed-favourite Raleigh Flyers. They are certainly still contenders, as I wrote here.

Los Angeles will be on the second game of a back-to-back, but they aren’t offering any excuses. This game takes place Sunday, and it won’t be broadcast on Stadium, but the winner of this game must undoubtedly be seen as a top five team in the league. 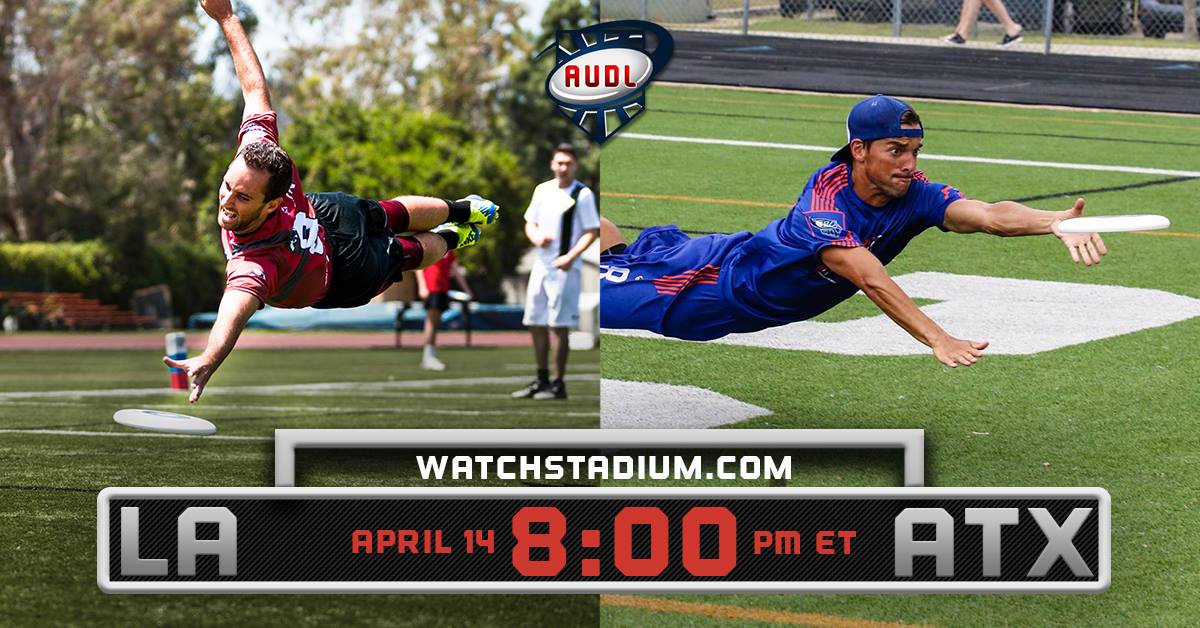 This is the Game of the Week, and it deserves the attention of the incomparable Evan Lepler and the world-class crew from Fulcrum. This is the first leg of the Aviators’ cross-country inter-divisional matchup, and they get to test themselves against an Austin Sol team that, on paper, looks to be much improved in 2018.

Austin added Matt Bennett to the offense, and his throwing would help any team in the league. However, Austin has always been able to score; it’s the defensive side that needs improvement from 2017.

Jerrod Wolfe will return to Austin after a 2016 with the club. Coach Bjorn Schey is dizzy thinking about the prospects of Wolfe back with the team.

“Jerrod Wolfe is going to dominate most of the categories for us, as far as receiving,” Schey said.

“He's 34 or 35 now, and he keeps getting more athletic. Nobody on our team can come close to guarding him. It's terrifying. I'd like to play him every point, but I can't, so I have to choose O or D. If we put him on D, he's going to have the most D's guaranteed, and if we put him on O, he's gonna catch the most scores. Whatever side of the ball he's on, he's going to be our statistical leader, for sure.”

On a personal note, I’m excited to watch Nick Whale, a 30-year-old rookie with Austin. I played with him in Korea, and Coach Schey mentioned that a terrific practice this week may have propelled Whale onto the 20-person active roster. Schey coached Whale at Texas State when the program went to Nationals (likely the first and last time ever at the school), so he knows what Whale can offer.

“With the size of receivers in this league, in Raleigh and Dallas, being able to throw a 6'2" fast guy out there is important,” explained Schey.

If Austin claims improvement on a 4-10 2017 record, this game will reveal their prospects against a tough Western opponent.

6. Teams Looking To Right The Ship

There are three teams I’ll be watching this weekend to improve on unexpected starts. The Tampa Bay Cannons (0-2), San Francisco FlameThrowers (0-1), and Minnesota Wind Chill (0-1) all finished the 2017 regular season with identical records of 10-4. All three teams lost big pieces for 2018, but they remain talented and threatening. None will be winless for long.

That being said, all three teams will have tough tasks this week finding that first win. Tampa Bay will play Raleigh, who beat them in Week 1 and is coming off a miserable loss to Dallas at home. The talent gap is significant, though Coach Roca is working hard on finding competitive edges wherever possible.

San Francisco will play San Jose, who just beat them in Week 2 by a single point. Minnesota will play the Madison Radicals, who are one of the most consistent teams in AUDL history. None of the teams will be held down for long, but can any of them triumph in Week 3?

Note: Minnesota-Madison has been rescheduled for Tuesday, July 3.

Setting the Stack is a weekly column for the AUDL written by Louis Zatzman (@LouisZatzman). For feedback, you can reach him at louis.zatzman@gmail.com.