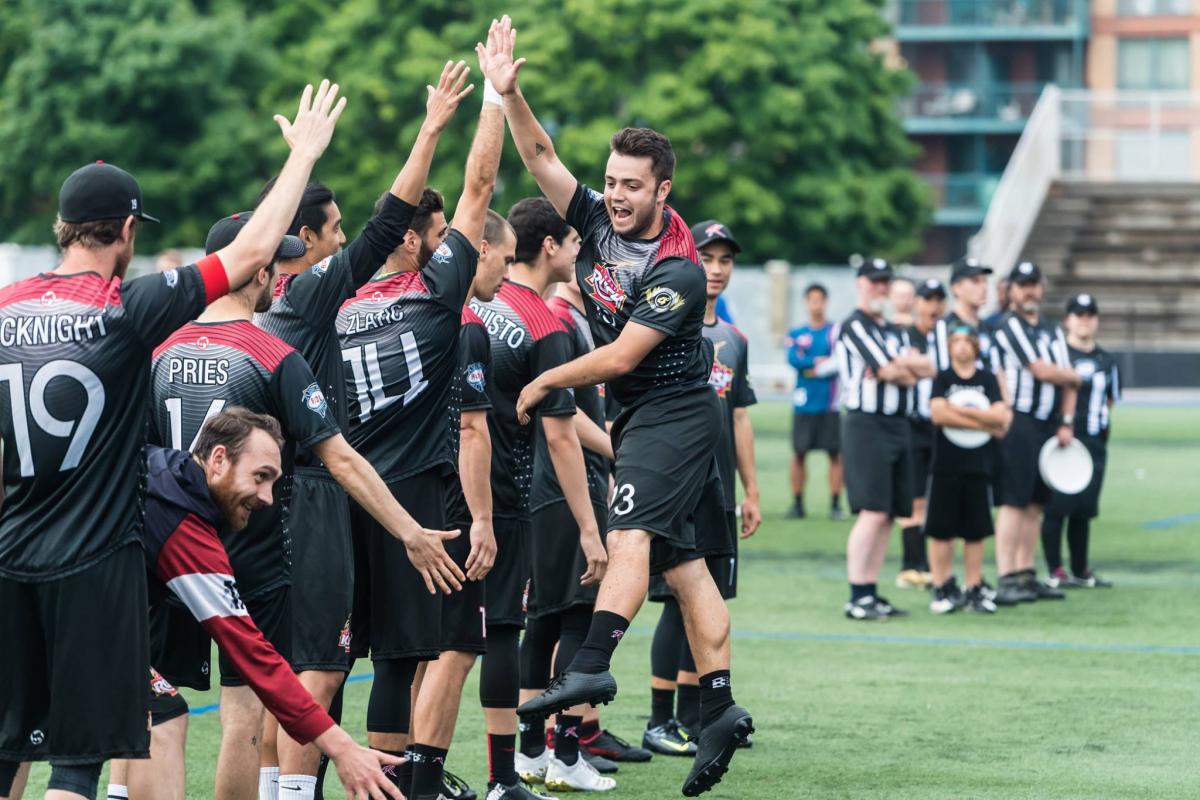 This weekend hosts a potential preview of three first round playoff matchups. This offers teams chances at gamesmanship, opportunities to either try out new strategies or save them for the playoffs, and recent game film to use in preparation.

The Indianapolis AlleyCats and Minnesota Wind Chill will meet this weekend in Indianapolis, and they are also guaranteed to meet in the first round of the Midwest Division playoffs. The Wind Chill are the only Midwest team that the AlleyCats haven’t beaten in 2018, making this a good test of team pride. The ‘Cats considered resting their stars, but they’ve decided to play for the win.

Both Indianapolis and Minnesota will likely use vanilla playing strategies this Saturday, opting to save complexity for the postseason. Still, the game should offer a good indicator of each team's momentum.

Out in the West Division, the San Diego Growlers are scrapping for their playoff lives as they get set to host Los Angeles Aviators this Saturday. It’s simple math for San Diego: If the Growlers win, they make the playoffs for the first time in franchise history; they will earn the right to face the Aviators again the following week. If the Growlers lose, they could still qualify for the playoffs, but the path becomes very difficult.

San Diego control their own destiny, and they’ll be throwing everything they have at beating the Aviators this week. Already possessing the first seed, LA will likely look to rest and read what the Growlers bring. San Diego came close in the last matchup on May 26, holding a four-goal second half lead before eventually falling 25-23. No team in the West has beaten Los Angeles in 2018. San Diego knows that it has a tough task ahead.

In the East Division, the DC Breeze and New York Empire will meet for the third and final time this season in the AUDL Game of the Week regular season finale on Saturday night. The season series is tied 1-1. DC has already qualified for the playoffs. New York has not. The Empire can still nab a playoff spot without a win, but what better way to punch a ticket to the playoffs for the first time since 2016 than by defeating your fiercest rival?

2. No Easy Road For New York

Sticking with New York: The Empire are coming off a win, but they still have yet to clinch a playoff spot. They will be bringing their top roster to DC on Saturday in their quest to return to postseason for the fifth time in six seasons. New York only needs to win one of their final two games to qualify, but they will need contributions from as many players as possible for a tough DC-Philly back-to-back slate to close out the season on the road.

Both DC and Philadelphia are strong teams at home. The Breeze defeated the Empire 29-21 back on May 26 in DC, and have two impressive home wins against two of the elite teams in the league, the Raleigh Flyers and Toronto Rush. The Breeze are 5-1 at home in 2018, with an offensive scoring rate (69 percent) and total conversion rate (54 percent) of championship contenders.

The Phoenix have been no joke at home either. Their only loss at home this year was a season-opening, one-goal heartbreaker to the Rush. At 4-1-1, Philly is having the best season at home in franchise history. The Phoenix expect to play with their roster at full strength, minus Scott Xu and Eric Nardelli. With Sean Mott and Ethan Peck available, expect the Phoenix to be a formidable opponent as a run-and-gun offense.

If New York loses both games, the Montreal Royal will be waiting for the opportunity. The Royal need to beat the competitive-win-starved Ottawa Outlaws in order for their playoff hopes to remain afloat. New York controls its own fate, but it’s no sure thing. Road games are difficult, back-to-backs are yet more challenging, and DC and Philadelphia are two of the better home teams in the league. The final playoff spot in the East is still very much up for grabs.

3. Records Up For Grabs

As Evan Lepler already discussed in his most recent Tuesday Toss, Seattle's Mark Burton won’t have a chance to top Tyler DeGirolamo for the AUDL single-season record of 86 assists. Pawel Janas should still come close: He’s already thrown 76 assists for the Chicago Wildfire this season. With two reamining and a prayer's chance still at the playoffs, Janas and the Wildfire will have opportunity to leave it all on the field, first against the Madison Radicals on Saturday and the Minnesota Wind Chill on Sunday. In fact, all Janas has to do to break the mark is continue playing exactly as he has so far in 2018; he’s played in every Chicago game this season, and has averaged 6.3 assists per game.

None of the other major, individual, single-season league records seem reachable this season. Mischa Freystaetter’s 95 goals and Peter Graffy’s 49 blocks far outpace the league leaders for this year. However, there are a variety of team records that have already been broken, or are worth keeping an eye on.

In the East, Derek Alexander has already set the Ottawa Outlaws' assist record this year, with 60. Sean Mott could break Philadelphia’s goal record, 45, with 7 this weekend.

In the Midwest, the Madison Radicals’ Colin Camp could feasibly break his own team-high goal record of 39, set last year, with 10 this final weekend.

In the South, Brandon Malecek tied Jimmy Mickle’s 2016 assist record of 47 for the Dallas Roughnecks. He won’t have another game to set a new record. Also for Dallas, Jay Froude managed to set the team goal record this year with 46. The thrilling Kyle Henke broke into the record books for the Austin Sol, setting the goal record at 42.

In the West, the Aviators have several records either up for grabs or already broken during their best-ever season. Jeff Silverman and Sean McDougall have both already tied the team blocks record, with 22, and will compete to set a new bar this weekend. McDougall has already set the team goal record with 54. If Chris Mazur cleats up against the Growlers, he only needs five assists to break the Los Angeles team assist record of 48. The Growlers’ Sean Ham could break his own goal record of 46, set last year, with 10 goals this weekend. Finally, the San Francisco FlameThrowers’ Lior Givol has already set San Francisco’s goal record, with 48 this year.