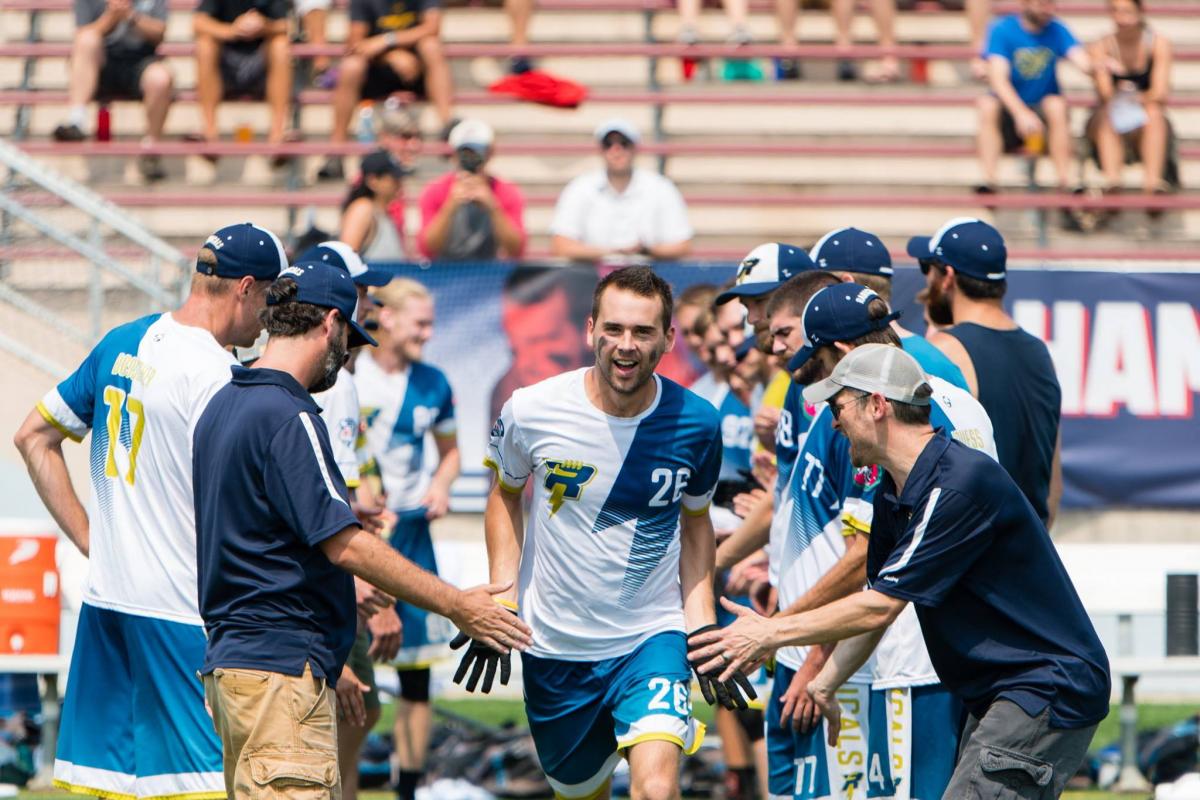 After 19 weeks of play and 178 games, it's time to anoint the stars of the 2018 AUDL season. Mark Burton leads this class with his third consecutive All-AUDL nomination. Peter Graffy snagged is third All-AUDL nomination in five seasons, while Jon Nethercutt makes the squad for the second straight season. Josh Klane, Sean Mott, Kevin Pettit-Scantling, and Jack Williams are all first time nominees. 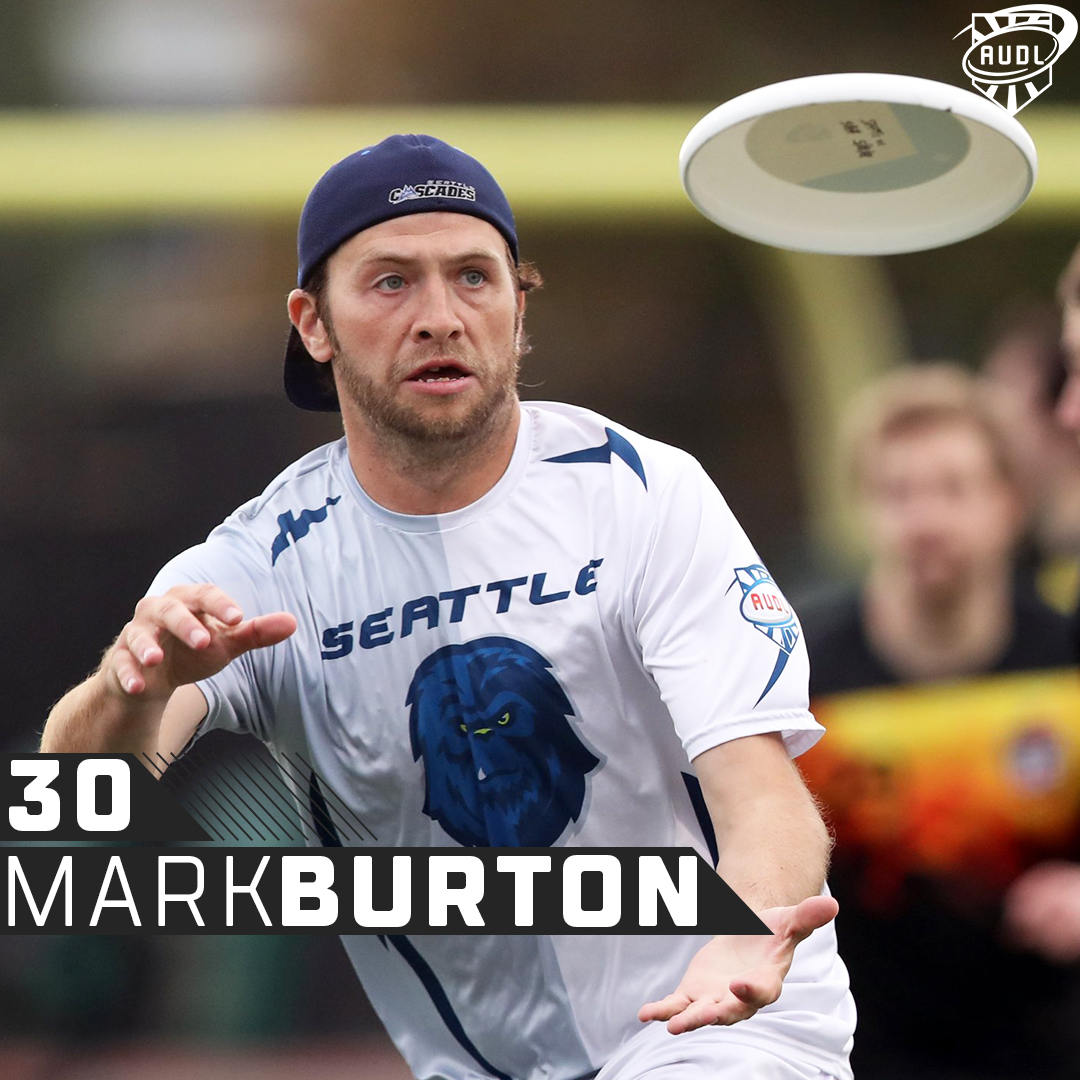 The 2018 season capped a three year reign for Mark Burton as the league’s most productive offensive scorer, averaging nearly 10 scores per game in his past 33 regular season appearances with the Seattle Cascades. And for the second straight season, Burton’s quick-release throwing saw him drop 81 assists; there are only three other individual seasons in league history besides Burton’s where a player has reached 80+ assists. Burton also led the AUDL in scores with 111 for his second straight year. 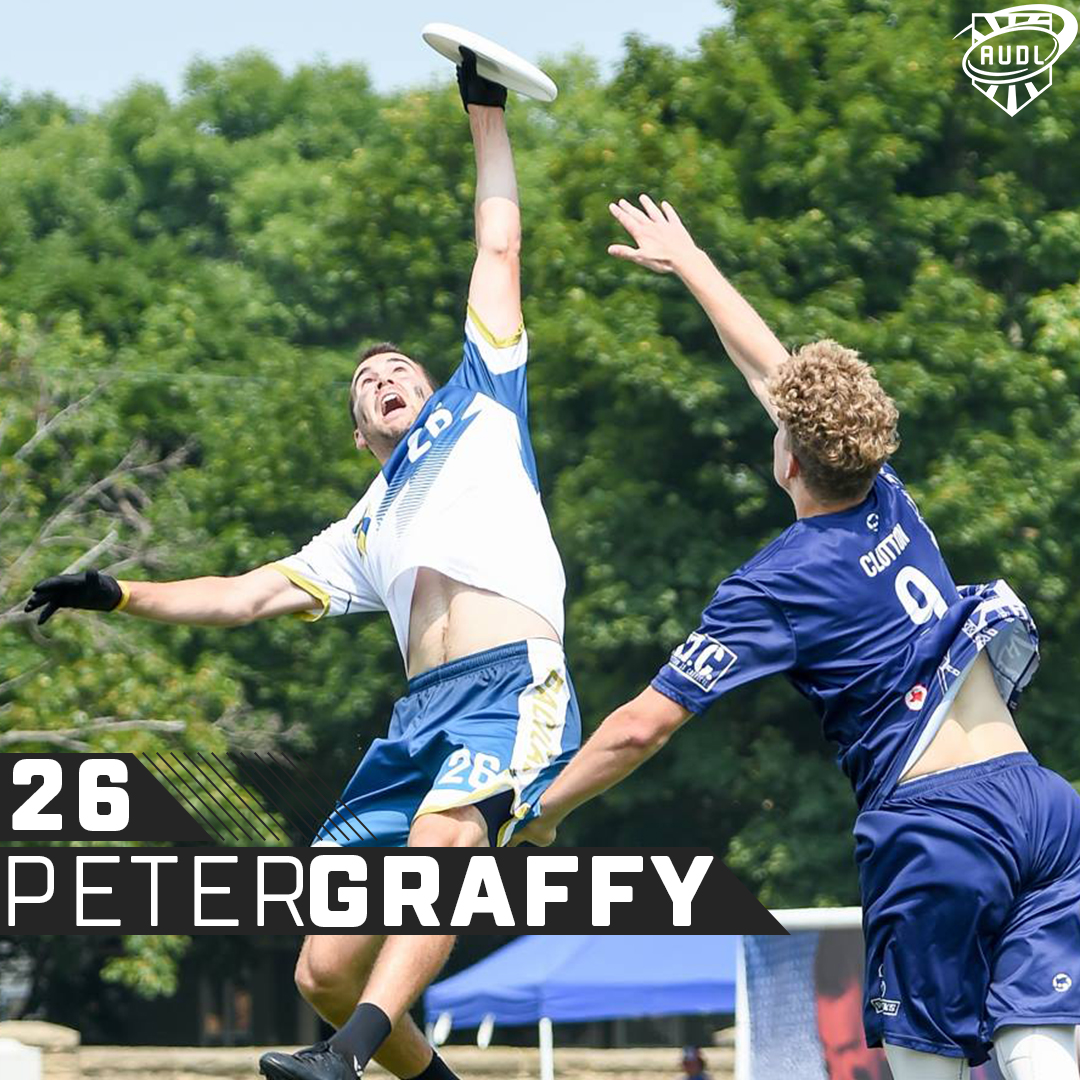 After four seasons as one of the most dominant deep defenders for the league’s best defense, Peter Graffy made a switch to offense midway through 2018 and helped spark the run that led to the Madison Radicals’ first AUDL title. Including the playoffs, Graffy put up 31 assists, 40 goals, and 10 blocks in his final 10 games of the season, routinely posterizing any opponent that entered his airspace. Known for his playmaking, Graffy continued to develop as a high-volume, accurate distributor, notching career highs in completions (254) and completion percentage (93.70%). 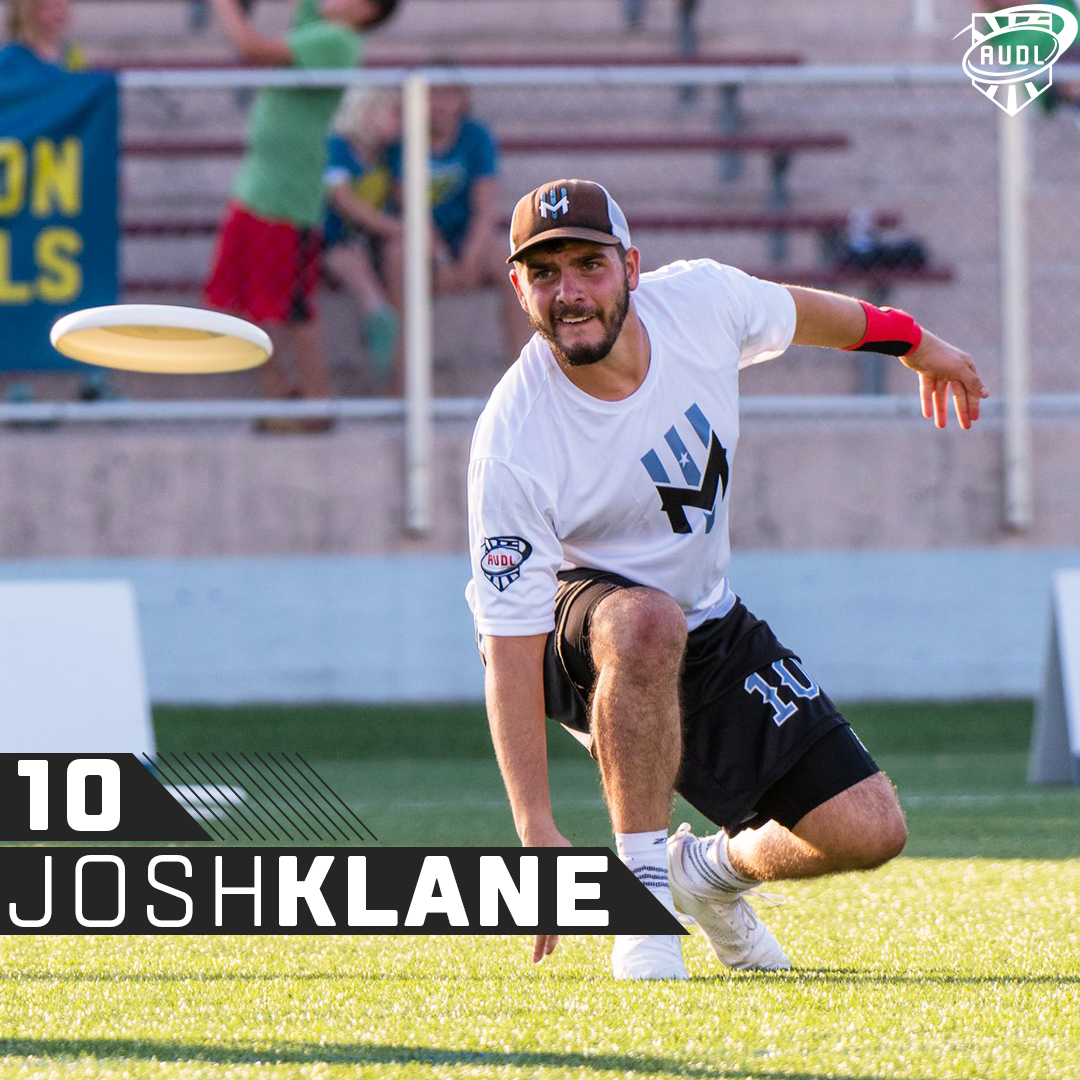 Heralded for his big throws, Josh Klane has meticulously refined his game and had his most efficient and productive season as a pro in 2018. Although Klane’s assist total dipped from 63 to 57, he finished top 10 in the league, and improved in nearly every statistical category from last season to this season. He nearly doubled his goal total from 2017 while halving his turnovers, and saw a four-percent uptick in his completion rate from 91.80 to 95.80 percent. This all from one of the true offensive workhorses in the league: Klane threw the third most completions (668) in 2018 while driving the Minnesota Wind Chill to finish as the number one scoring offense. 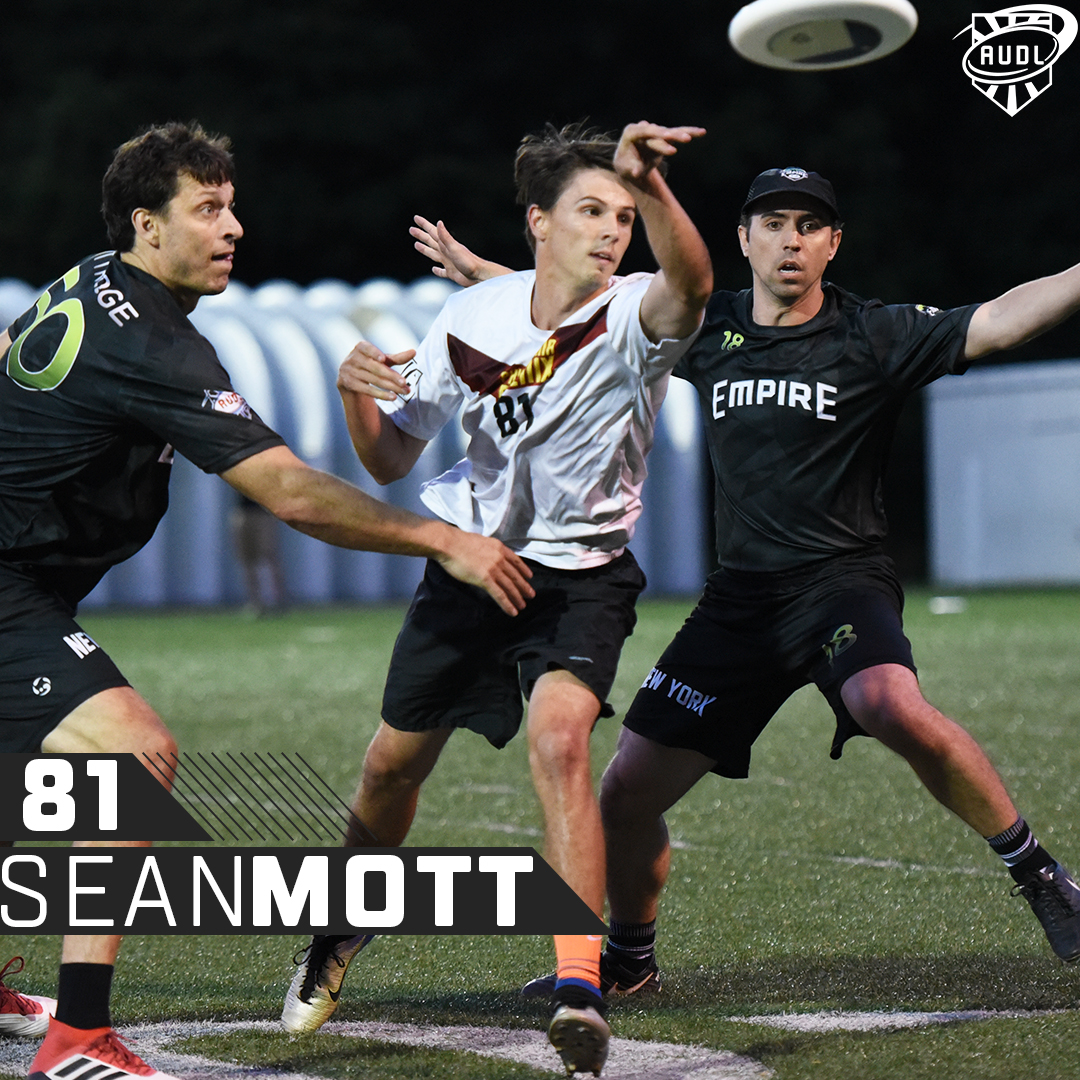 Undersized and underappreciated, Sean Mott has become an offensive force for the Philadelphia Phoenix, finishing 2018 as just one of three players in the league to have 90+ scores in each of the past two seasons. His frenzied pace of play makes it easy for him to get to his spots, and his playmaking ability in the air nullifies any height discrepancy he may face on the ground. But it’s Mott’s no-hesitation, in-rhythm aggressiveness with the disc that makes him so dangerous to cover: Mott racked up six separate games with five or more assists this season. 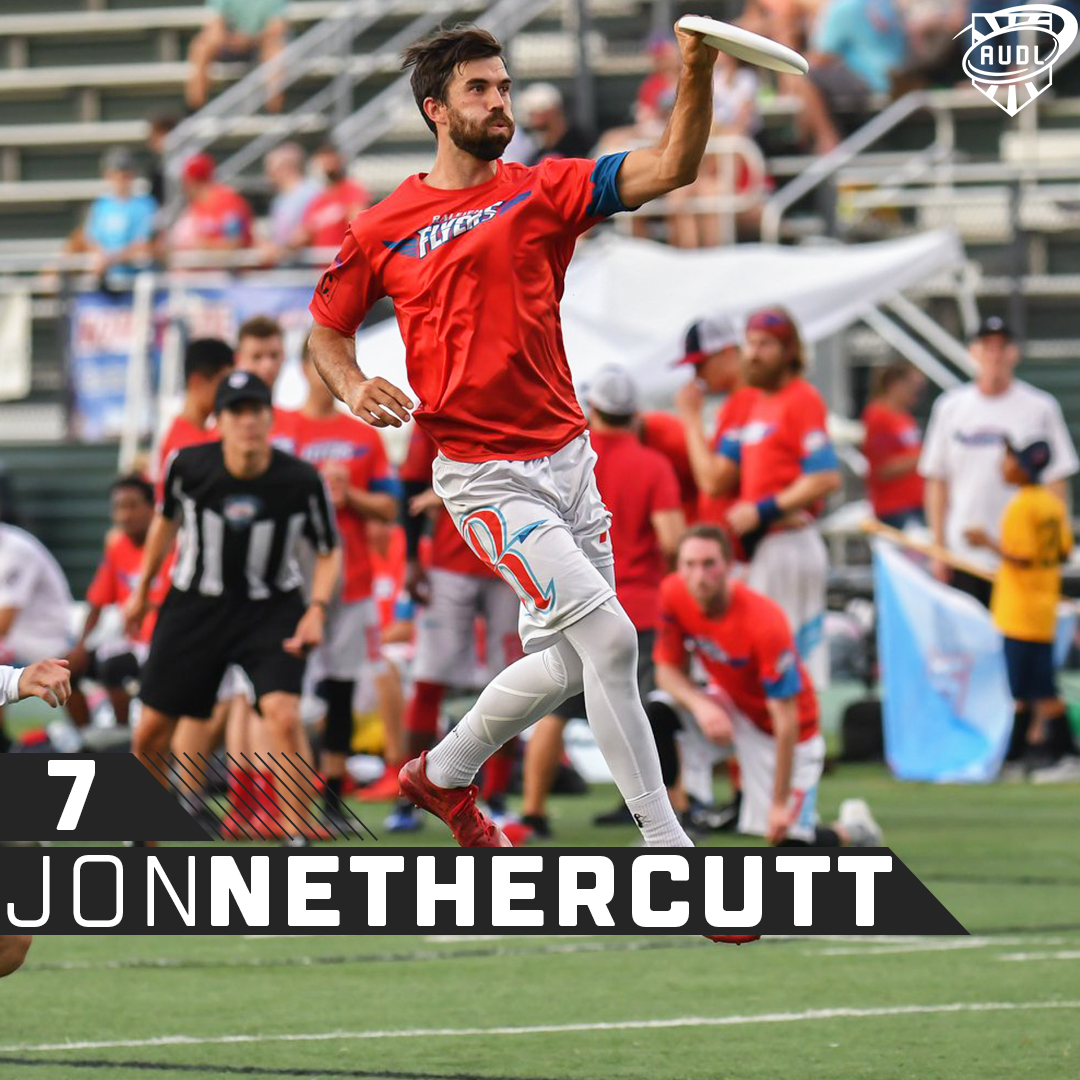 The reigning MVP had a less productive, but arguably more efficient, campaign in 2018 as Jon Nethercutt helped pilot the Raleigh Flyers to their third 10+ win-and-top-five-offense season in four years. True to form, Nethercutt had his best performances in the biggest games, notching 34 assists in four games against playoff-caliber teams DC, Madison, Austin, and Dallas. His throws have the ability to change the dimensions of the field, but it’s Nethercutt’s consistency that makes him so valuable: He had just two games in which he threw fewer than five assists in 2018, and in both occurrences he threw four. 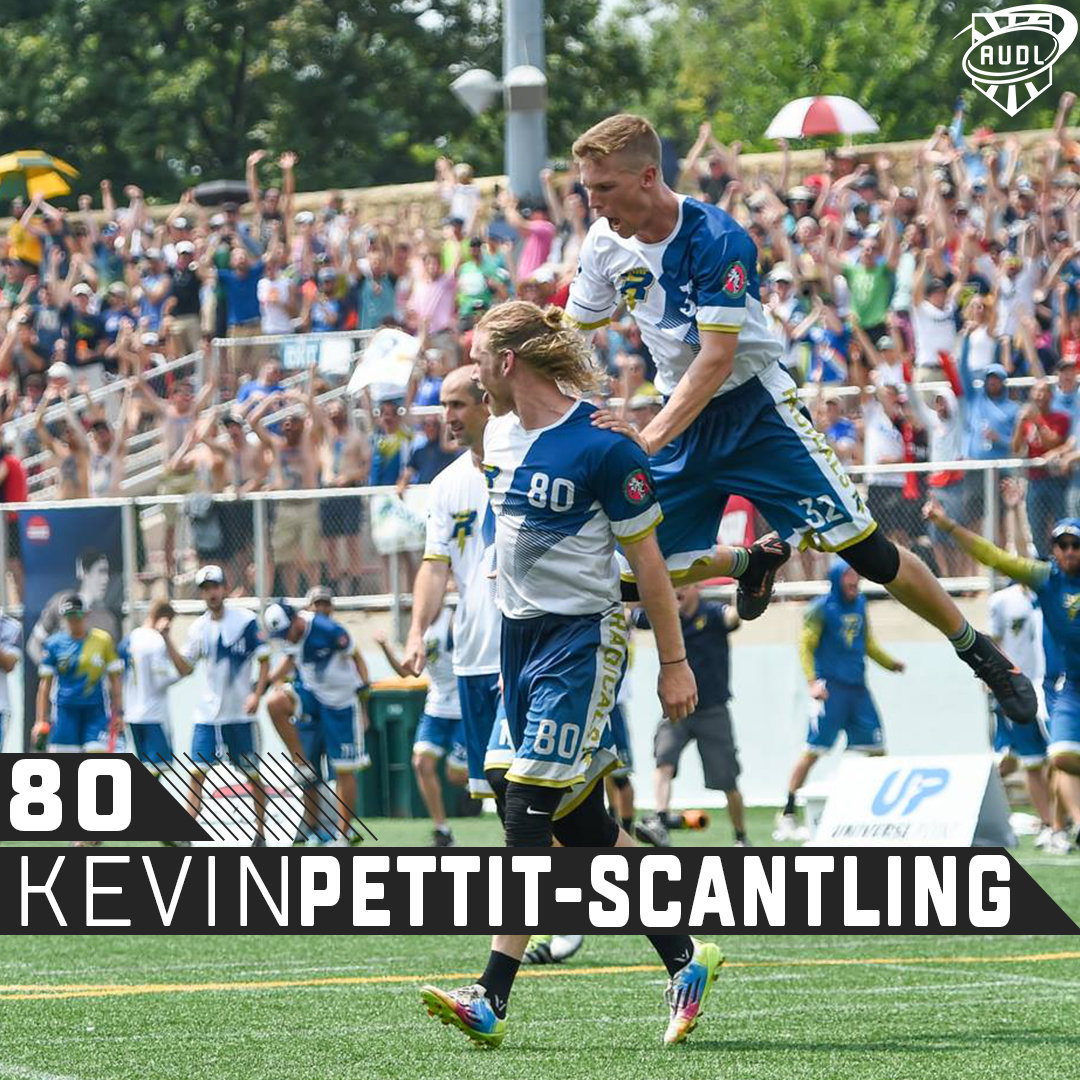 A day-one Radical who has transformed from end-of-the-bench roleplayer at the beginning of his career into the face of the franchise, Kevin Pettit-Scantling complemented his shutdown coverage play in 2018 with his best season as a distributor and playmaker with the disc. He registered 20+ blocks for the second straight year, and added a career-high 36 scores as an integral part of the Madison Radicals defensive counterattack. Pettit-Scantling was the visible tone setter for the Radicals during their championship run, collecting five blocks and six goals in two games at Championship Weekend. 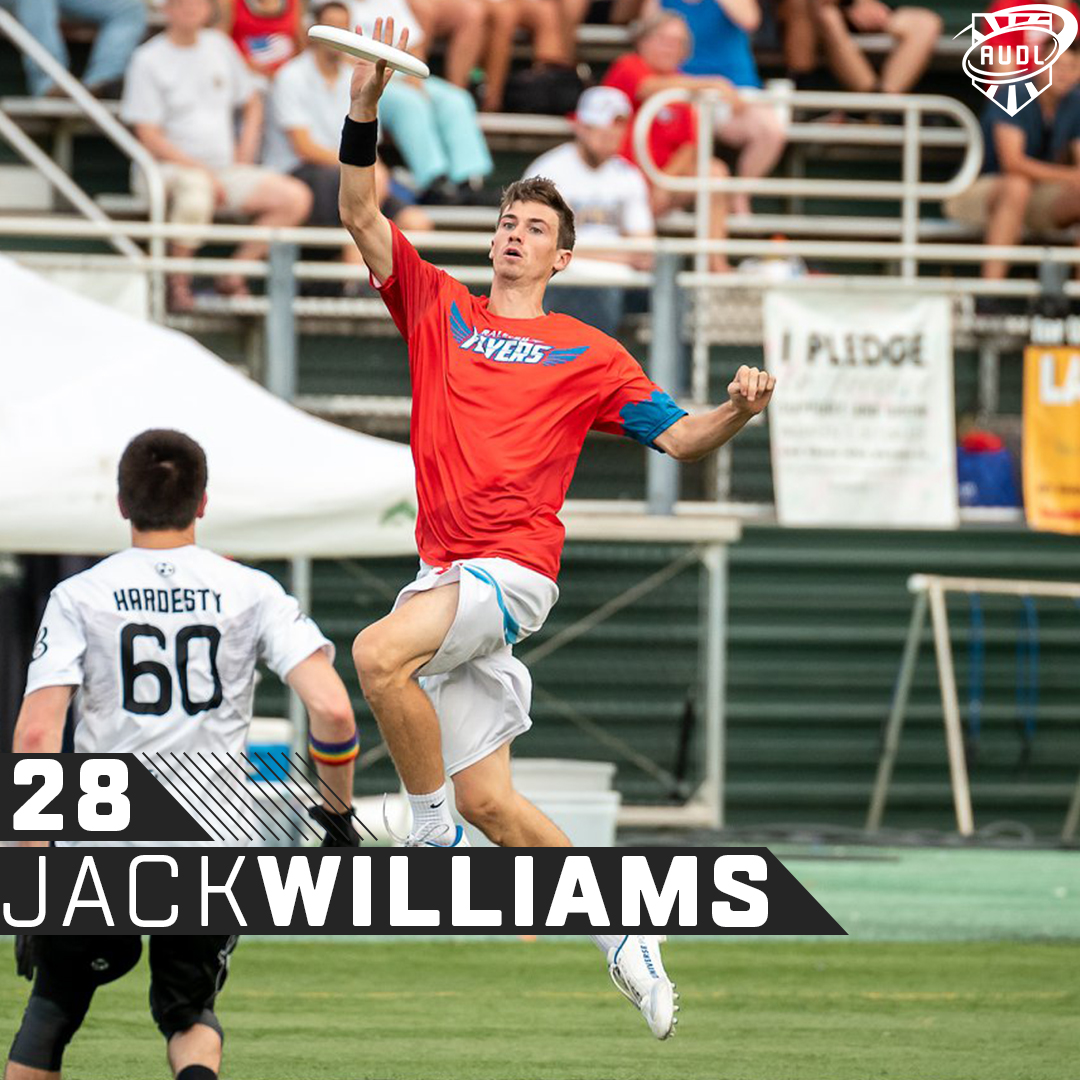 After being hampered by injuries in 2017, Jack Williams showed his full potential with the Raleigh Flyers in 2018, setting personal career highs in every significant statistical category while finishing ninth overall in scores (90). A gifted natural receiver, Williams utilized his athleticism with equal ruthlessness downfield or with the disc, leading the thrower-heavy Flyers in assists (48), completions (486), and hockey assists (44). Even against the league’s best defense in Madison, Williams looked unphased, finishing with nine scores and dominating seemingly every matchup thrown his way.