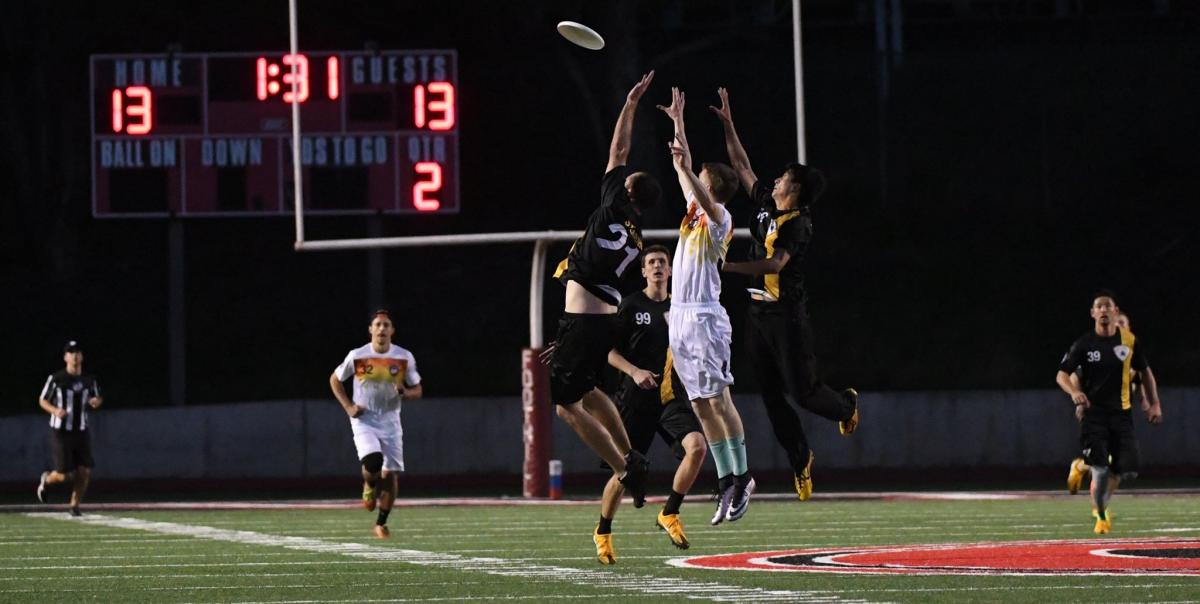 A week after falling to the same team in their home opener, the San Francisco FlameThrowers (1-1) got their revenge against the San Jose Spiders (1-1) by a score of 28-27. After trailing 7-3 near the end of the first quarter, the FlameThrowers rallied on the road behind their offensive deep attack. San Jose had no answers to slow down San Francisco's three main offensive playmakers as Antoine Davis, Marcelo Sanchez, and Lior Givol combined for 12 assists and 14 goals.

After struggling to reach 20 goals the week prior, the potent FlameThrowers offense looked in rhythm on Saturday night. The offensive unit capitlized on 83 percent of their drives, and rookie handler Elliott Chartock (six assists, three goals, 50 completions) looked confident in the role as the team's main thrower.

With the Spiders loss, every team in the West Division now has at least one defeat already in 2018. San Jose travels to face the Los Angeles Aviators (1-2) this Sunday. San Francisco's next matchup is in the AUDL Game of the Week on Saturday, April 21 as they get set to host the Toronto Rush (2-0) in a rematch of the 2017 championship game.