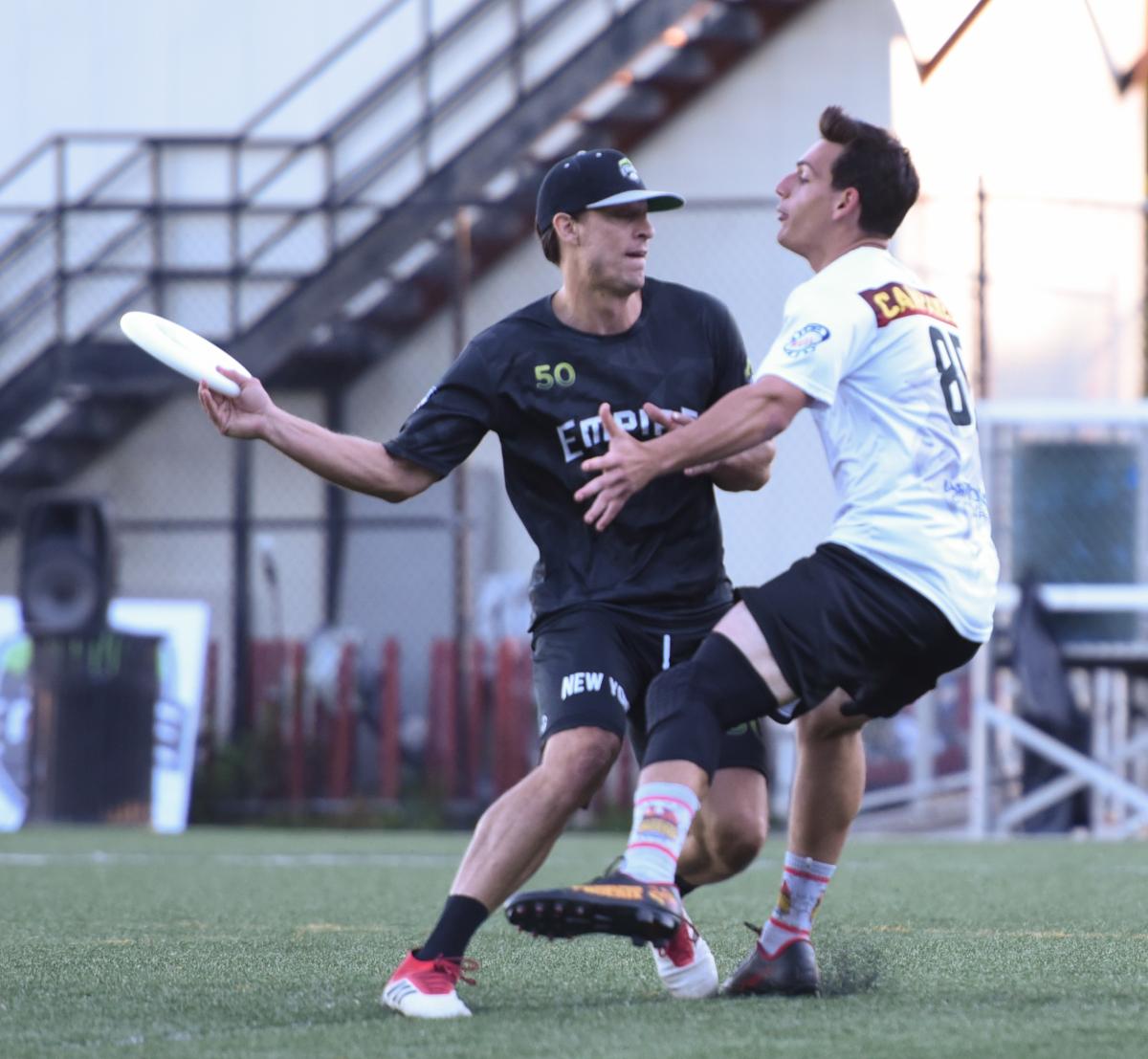 Beau Kittredge is more than an ultimate frisbee player. He’s a cipher, a mirror; look hard enough at Kittredge and you’ll end up seeing yourself.

To many, Kittredge is considered to be the greatest of all-time within the sport. He’s won at every conceivable level of ultimate, combining his elite height with top-end speed and vertical. Kittredge entered the AUDL in 2014, winning championships with the San Jose Spiders in 2014 and 2015. He won AUDL MVP both years in the process, catching 102 goals, throwing 65 assists, and recording 55 blocks in the two regular seasons. In 2016, Kittredge joined the superteam Dallas Roughnecks and again won the AUDL championship. He returned to California, winning with the San Francisco FlameThrowers in 2017. Kittredge has won an AUDL championship every year he’s competed in the league.

As a result, Toronto’s players have developed a healthy respect for their rival. They remember every instance they’ve ever beaten him. Speaking with a few Rush veterans on the bus ride from New York to Philadelphia during Toronto’s first road trip, they could list three games in which they beat Kittredge, two at club tournaments: 2013 Pro Flight finals, 2014 USAU Nationals quarterfinals, and the Rush-Empire game that had just taken place. The Toronto ultimate community, as a whole, had only beaten Kittredge three times when that conversation took place (the number became four when the Rush beat the Empire at home later in the year).

Knowing how many times you’ve beaten a specific ultimate player in over a decade of competition is a telling sign. How many times have they played each other?

“A lot more than three,” an anonymous Toronto player quipped dryly on the bus.

“As soon as you keep track of the times you’ve beaten a certain person, they’re in your head,” Mark Lloyd said upon hearing the conversation. Even Lloyd admitted that Kittredge symbolizes something significant: “I could talk about the first time I ever had to cover him, which was 2010, and him running out was the scariest thing I’ve ever seen in my life.”

Though now 36-years-old, Kittredge has adapted his game. He plays off-handler frequently for the New York Empire, and he rarely strikes deep to catch easy scores, uncontestable by the mere mortals attempting to defend him. Kittredge caught only 19 goals for the New York Empire this season, but he threw the fourth-most completions on the team. In New York’s playoff win over DC, Kittredge threw 38 completions and caught 0 goals.

And so the Rush see Kittredge, and at first glance he’s no longer the terrifying deity who’s beaten their team every year since joining the AUDL. They insist he means nothing to them, no more than an ordinary opponent.

“By no means are any of us thinking about the one guy,” said Toronto Head Coach Sachin Raina.

“We're just thinking about getting us to Madison, not about kicking him out of the playoffs.”

And yet many on the team remember every time they’ve ever beaten a team that rostered Kittredge. Kittredge is both an ultimate player and a symbol to Toronto ultimate, standing for all the times Canadian ultimate has failed to topple their American rivals.

Kittredge on the Empire feels strange. He doesn’t have the talent level surrounding him as he’s had on previous teams. Kittredge is no longer the most athletic player on the field.

“It wasn’t like it was Beau versus the Rush, it was Toronto versus New York,” agreed Lloyd, after that first New York-Toronto game.

Kittredge represents American ultimate to the Torontonian side. He represents more than a decade of Toronto achieving incredible success at every level of Frisbee, but rarely finishing first. The more time Rush players spend pondering Kittredge (and they don’t unless prompted by annoying questions from me), the more time they spend considering their own history. Kittredge is only a foil to Toronto’s veterans, a test, mostly a means of measuring themselves.

He’s certainly not the player he once was, but Kittredge has evolved. Once considered a weak thrower, Kittredge has become something of an off-handler, who sets up in isolation on the break side and offers infinite easy resets, due to defenders’ fear of his deep cuts.

Toronto ultimate has evolved as well. Veterans like Thomson McKnight, Jeff Lindquist, and Geoff Powell aren’t the only players on the team. To youngsters like Mike MacKenzie, Kittredge is certainly a legend, but he’s far from an unbeatable force. MacKenzie hasn’t had the same personal history of losing to Kittredge-led teams.

And so Toronto versus New York is a matchup with many angles. The Empire are far more than Kittredge, and the Rush insist they couldn’t care less about Kittredge’s presence on the field. However, Kittredge is a cipher, a means of understanding the historical development of the game. He’s a headliner, certainly the biggest ultimate name between the two East Division finalists. More than that, he’s one leader among many for the New York Empire, simply a player on a team. The Rush will be playing the Empire this weekend, and Toronto has never lost to their New York rivals. Kittredge doesn’t change that equation. However, for Toronto, finally having a chance to knock Kittredge out of the playoffs might make a win just a little sweeter.