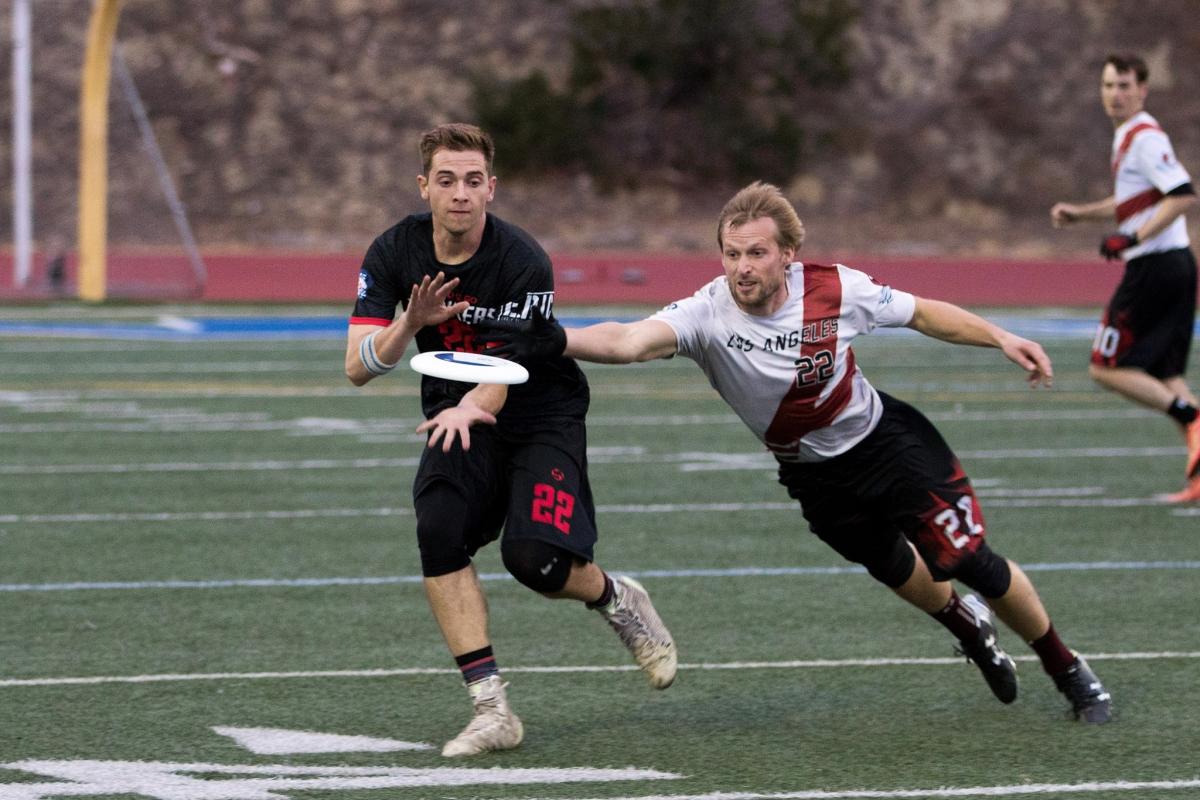 With only five teams in the West Division this year, only two teams qualified for the playoffs, compared with every other division containing three playoff bids. Scrapping the first round matchup, the West playoff will begin immediately with its divisional championship to determine who gets the rights to represent the division at Championship Weekend. And for the first time since 2014, that team won’t be either San Jose or San Francisco. Instead, an interstate rivalry between the San Diego Growlers (7-7) and Los Angeles Aviators (11-3) will take center stage.

The Growlers, though an underdog, will have a lot of fight in this matchup. San Diego was the only team in the West to claim a win against the Aviators during the 2018 regular season, punishing LA 34-21 last weekend in order to earn their spot in the playoffs. Sure, the Aviators were playing with a skeleton roster and little motivation, but the Growlers gained some momentum heading into their second win-or-go-home scenario in as many weeks.

Travis Dunn has unquestionably been the Growlers best player this season, using his legs, height, and throws to pace many of the team’s scoring drives.  When he’s in the zone, Dunn is as accurate with his flick as any thrower in the game. Dunn is not always the most consistent player, even playing in a position of initiation cutter that requires a tolerance for risk. Regardless, he’s massively upped his decision-making this year, improving his throwing percentage from 90 percent in 2017 and 2016 to 95 percent this year. Surrounded by athletic cutters on the offense, most notable Sean Ham, San Diego will certainly have their opportunities to score.

One area where the Aviators will look to generate turnovers is against the Growlers’ young handling core. Michael Tran and Tim Okita—both just 24-years-old—excel at getting open and distributing with efficiency. However, both are young enough to be baited into some questionable turnovers. For example, Okita tossed five throwaways during Los Angeles’ mid-May win over San Diego. Okita and Tran’s ability to maintain possession while churning yards upline will greatly determine the Growlers’ ability to stay competitive. The Growlers will happily throw on the move, continually cutting upline, moving the disc further and further up the field without swinging horizontally once.

The Aviators did a terrific job taking away shots upline against the Growlers, but Tran, Jake Gutkowski, and others countered by cutting into the middle of the field for quick gainers, especially early in the May 26 game. While the Growlers worked hard for scores, Chris Mazur just bombed deep shots to Sean McDougall. Stamina will matter, and if Los Angeles doesn’t have to work for offensive holds, they could pull away in the final quarter.

The Aviators have not had any trouble scoring all season. Their peak offense features Tim Beatty as the center handler, always open for resets, and making no mistakes—aside from the occasionally questionable 60-yard hammer that somehow teleports to its target. Mazur takes the majority of downfield shots, and Los Angeles has a wealth of weapons downfield, with speedsters McDougall and Jesse Cohen alongside vertical athletes in Mark Elbogen and Brent George.

No one in the West has been able to even slow Los Angeles’ offence on the year. Their lowest goal totals were during their 0-2 road trip to Texas, when Los Angeles scored 17 points against Dallas and 22 against Austin. Beatty and Mazur miscommunicated, and they had some emotional quarrels in Texas. They combined for 16 throwaways in the two games. The two have grown since, and they understand each other much better now. Aside from those two Texas losses—and the Aviators’ most recent loss, in which a majority of their stars didn’t play—Los Angeles has gone 11-0, averaging 27 points per game with a sterling 55 percent conversion rate. When Beatty and Mazur have shared the field, they’ve converted an outrageous 66 percent of Aviators possessions into scores.

The Growlers – like the Aviators – will use lots of zone looks to fluster opponents and deny pull plays. The Growlers do have terrific individual defenders in Nate Page and Steven Milardovich, especially. Both are quick, responsive, and long defenders who are able to deny even the shiftiest players open lanes. Milardovich separates himself by having terrific throwing chops after a turn; San Diego will use him, along with Dunn and other stars, on offence and defence.

If Milardovich sees time on Mazur, whether he can deny the disc to Los Angeles’ star thrower will be another key hinge upon which the results of the game will turn.