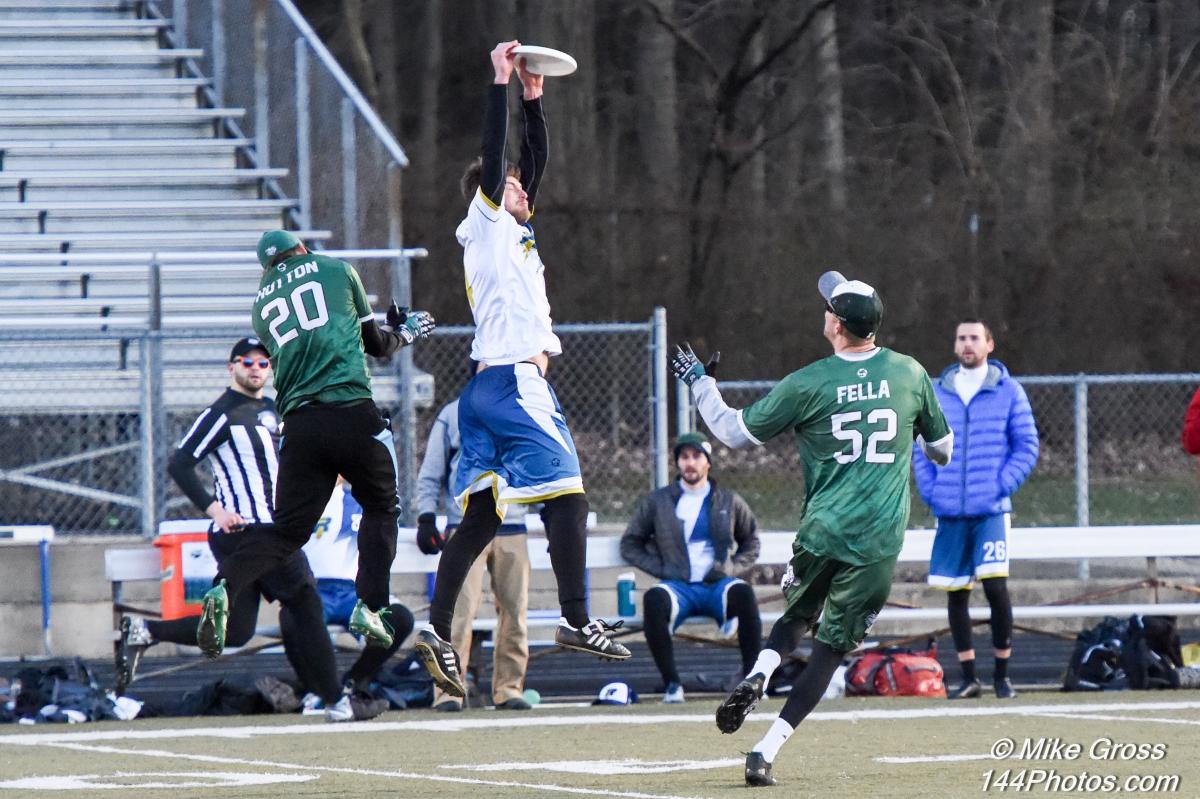 We're two weeks into the AUDL season, and while not every team has had their first game yet, it's time to start talking about which players are making immediate impacts with their new teams. The following is a quick (and incomplete) list of either rookies, or players who just joined their team.

Chris Mazur, Los Angeles Aviators — This big thrower could not have found a better home than the one he has in LA. The Aviators defense loves to run and has always been good at generating turnovers. But what Los Angeles has historically lacked is a handler that can consistently lead the charge after a turnover. Mazur demonstrated his abilities immediately, throwing a game-high seven assists on Saturday night compared to just one throwaway, and imbuing the Aviators with a lot of confidence off the turn. You could see many times LA players sprint off of San Diego turns, looking to get open deep in case Mazur had a shot.

Estéban Ceballos, Montreal Royal — The big, rangy athlete from Colombia combined with the other Royal newcomer Morgan Hibbert to provide a potency to the Montreal counterattack that the team has just not had before. The Royal stormed out to an insurmountable 7-2 lead to start the game in DC, with Ceballos assisting on two of the break scores and showing off throws both big and precise. Even in his first game, Ceballos already looked like a galvanizing rod for a Montreal team exploding with energy.

Mark Lin, San Jose Spiders — After the Spiders lost a few key offensive contributors in the offseason, the former Flyer Lin capably stepped up and delivered deep flick huck after deep flick in San Jose's stunning victory over San Francisco. He was relentless in his downfield cutting, finishing the night with two assists, 21 completions, and four goals while only committing a single throwaway. With Justin Norden leading more of the defensive counterattack, the Spiders gained a needed offensive weapon.

Carson Wilder, Dallas Roughnecks — With all due respect to Chris LaRocque's four-assist debut with the Roughnecks, Wilder may be just as important to Dallas' hopes as the season progresses. Do-everything offensive wiz Abe Coffin lis ikely out for the season with an injury, and the multi tool Wilder is a perfect candidate to fill in his production. Not only does Wilder's game chart very closely to Coffin's, he has the kind of mindset that enables him to take over games for points at a time. Not only is Wilder valuable to this team for his skills on the field, he already looks to be a culture fit for a young Roughnecks team looking to redefine itself on the fly.

Tarik Akyuz, Madison Radicals (pictured) — He's listed at 6'1", but Akyuz plays much larger on the field. He's consistently faster than opponents give him credit for, and his motor is always running, which puts him in a lot of good positions to make a play on the disc. Madison is looking to open up their offense more this season than in years past, and Akyuz functions in a similar capacity as a modern tight end in football: fast enough to beat single coverage, and big enough to go up and get it in a pack. Akyuz scored four goals and dished an assist in his first game with the Radicals, but the coaching staff feels like he's only begun to tap his potential.