Madison And The Wall | AUDL
Skip to main content 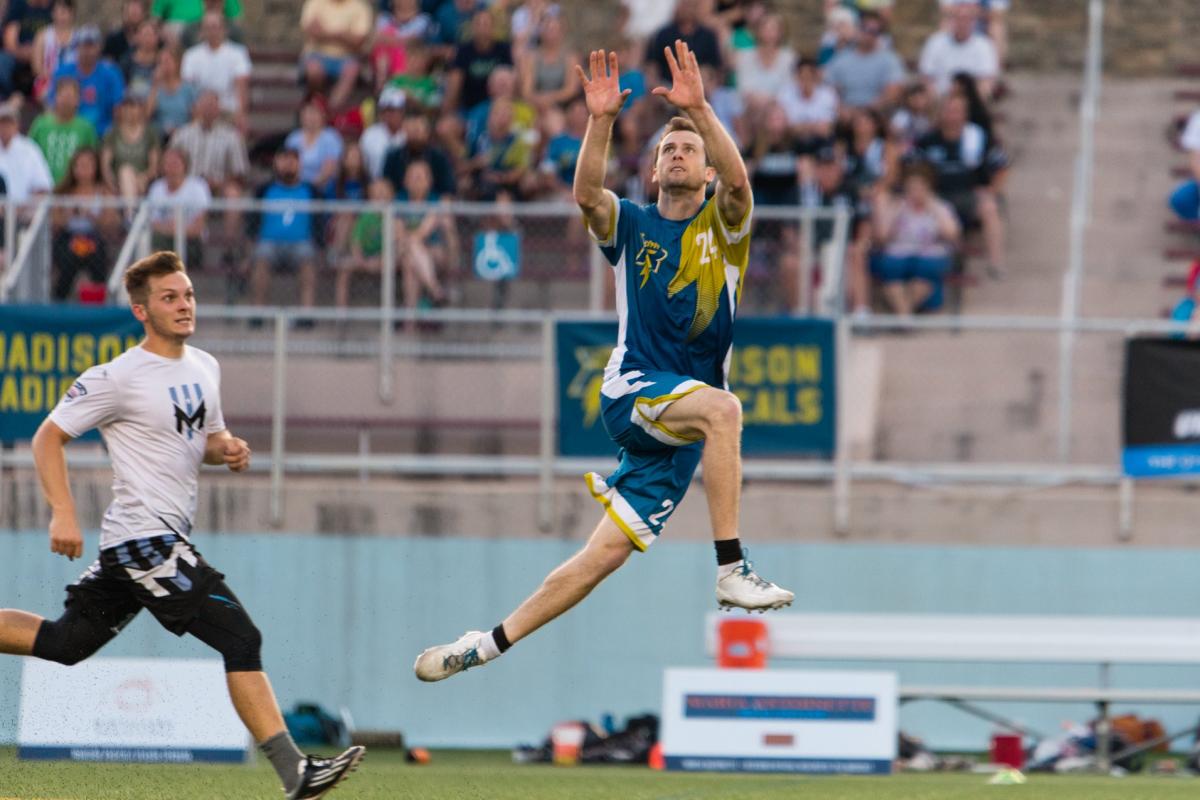 2018 marks the sixth straight season the Madison Radicals have qualified for Championship Weekend, but they are still searching for their first championship. Though the team has grown in the two years since, their 2016 loss to the Seattle Cascades in the AUDL semifinals is still defining their current path. To recap, the Radicals were up seven with only a few minutes remaining in the third quarter. They were at home, in front of a sold out crowd of over 3000 fans at Breese Stevens Field. Several momentous highlight plays and one furious Cascades comeback later, and the Radicals lost 26-25. The team was devastated.

In 2017, Madison spent much of the season trying to recapture the fun of playing ultimate after Seattle so thoroughly robbed them of their spirits. Team veterans like Pat Shriwise and Andrew Meshnick, as well as Head Coach Tim DeByl, all described last season as a struggle. If the Radicals have properly followed their Hollywood story arc, 2018 should be the year of redemption.

The Radicals tore out of the gate to begin the season, winning their first six games by a combined score of 76 points, or 12.7 points per game. No other team enjoyed such a dominant stretch during the 2018 season. At 6-0, the Radicals were league titans, going into an interdivisional clash against another heavyweight, the Raleigh Flyers. Heading into the matchup, several Radicals were confident with their individual matchups against the Flyers

“The Raleigh we know and we’ve studied the last few years is somebody we’re really confident to play against,” said Radicals defensive standout Kevin Pettit-Scantling.

But Madison would not meet their own expectations. Not by a long shot. Once again at home, the Radicals were throttled by the Flyers offensive attack early in the game. The Radicals trailed 12-3 midway through the second quarter, and it didn’t get much better from their, as the eight-goal loss was the worst in franchise history. The franchise had only ever lost a combined eight regular season games before, all by a combined 20 points. Madison was humbled.

The Radicals responded without urgency. They played three close games after the Raleigh loss, all requiring fourth-quarter bursts to put away the Minnesota Wind Chill, Chicago Wildfire, and Pittsburgh Thunderbirds. They didn’t look like their earlier selves, who had swatted back any notion that other teams in the Midwest entertained about potentially unseating the divisional champs. In June, Indianapolis and Minnesota truly believed the Radicals were beatable.

Another low point occurred on June 17, when the Indianapolis AlleyCats topped Madison 21-20. It was the first time Indianapolis had ever beaten Madison.

Radicals receiver Colin Camp was, strangely, pleased with the loss, hoping it would jolt the team out of their mid-season lethargy.

“It sucks losing, none of us like losing,” Camp said. “But the couple of [losses] the team has taken this year has been great for us. It has refocused us twice now.”

“We lose, and you have to find something positive,” agreed Pettit-Scantling after the season, reminiscing about the loss. “Finding something negative is really easy, and it's not going to help us win. Then the Indy game, we just lost. It's kind of nice to finally have lost to Indy, and get it over with, so that we can just play each other and not have to worry about records, or other people putting a bunch of pressure on it. I'm not sure. You learn something from losses, and I think we learned a ton.”

The team responded to its second loss by finally returning to their old selves, igniting a run of resurgent play to end the season. They went on to beat Indianapolis, Minnesota, and Chicago by a combined score of 23 points to close the regular season. They won the Midwest Division championship last Saturday after soundly beating the Indianapolis AlleyCats 27-18, but the tougher tests are yet to come. It’s championship or bust for Madison this season, and they know it. The Radicals will once again be at home for Championship Weekend on August 11 as they get set to face the Los Angeles Aviators in a 2018 semifinal showdown.